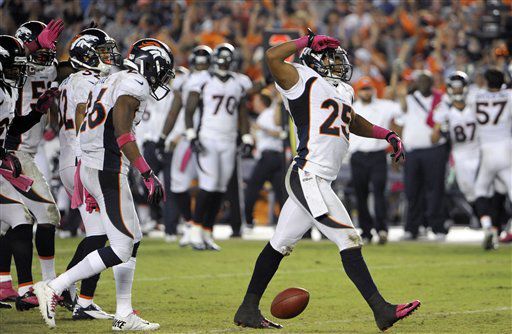 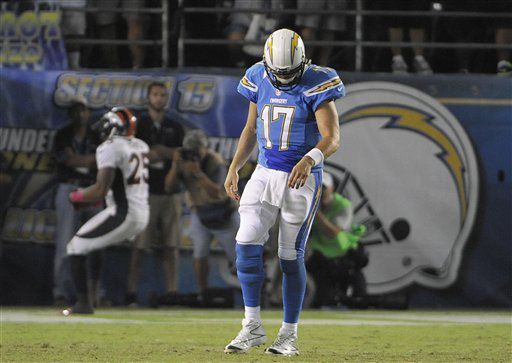 DENVER — When a 22-year-old quarterback scores the stamp of approval from the "No Fly Zone," you know he's got a shot at greatness.

For almost a decade, Chris Harris Jr. served as Colorado’s resident expert on quarterbacks — AFC West or otherwise. And Harris says the Chargers have “the real thing” in Justin Herbert.

“I called it! I've got braggin' rights on Herbert. He’s got everything you want (with) physical talent — the arm, all that. And he’s super smart. He really studies and picks my brain all the time,” Harris told The Gazette on Thursday.

Harris added: "He wants to be great. That's what I like."

Sunday’s Broncos-Chargers game at Empower Field at Mile High won’t feel the same without No. 25 at cornerback. Harris is still on IR with a foot injury. Bummer, as so many memorable games in this series featured Harris as a central figure — his pick-6 of Philip Rivers during the Monday Night comeback in 2012, trading barbs with Chargers star wide receiver Keenan Allen.

“Keenan, he’s saying it’s really weird for him this week. He doesn’t know how (the Broncos) are going to play him,” Harris said. “With me, we played so many times over the years, he knew how I was going to play him.”

This is the Chargers’ first visit to Mile High since Harris signed a two-year, $17 million contract with the team. But instead of flashing the familiar “No Fly Zone” safe sign in a powder blue uniform, Harris will be at his new home in Irvine, Calif., with his family — wife Leah, their four daughters and two dogs, including his K9-trained Belgian Malinois named “Waffles.”

“He’s very friendly, great with the girls,” Harris said. “But one call and he’s a killer like that.”

The Harris family recently had to evacuate from their home due to Southern California's wildfires.

"They got way too close," he said.

Harris said his “freak injury” is “fully healed” and he expects to return in two weeks. That means he would play in the second meeting with the Broncos, Dec. 27 at SoFi Stadium.

The timing is unfortunate as Harris would've received a standing “O” from the 5,700 fans allowed inside Mile High. But when Denver’s schedule was rearranged due to COVID-19 issues with the Patriots, the trip here was moved up from its scheduled date of Nov. 22. Harris has kept in close contact with many of his former Broncos teammates — once-maligned, now-surging offensive lineman Garett Bolles, in particular.

“Bolles, that’s my boy. He’s playing with great technique right now. I try to stay on him, tell him to keep working. I see him clicking right now. He’s put in the work and now it’s great to see,” Harris said. “He just needed some positive momentum. I feel like the city, some players, some teammates, they (were) against him. I tried to stay in his head. Now he’s playing with a lot of confidence. I think you’re just seeing what he’s capable of. For me, it’s great to see.”

“This division is loaded (with QBs) right now,” he said.

And Sunday’s game is the first matchup between Herbert and Lock, 24. While he diplomatically declined to make a direct comparison, Harris gushed about Herbert, who was named AFC offensive rookie of the month. In three starts, Herbert passed for 901 yards, 10 touchdowns and one interception. His 122.2 QB rating set an NFL rookie record for October.

“With quarterbacks you look for how smart they are a lot of times. Herbert, he came in and wasn’t very outspoken, but you can tell it means a lot to him,” Harris said. "He’s a guy that just prepares. He has freakish talent. He has great accuracy, the throwing motion, it’s all there.

“You never know how a rookie’s going to be (in the long term). But I’ve had a chance to really study him and his attitude. Hopefully he stays injury-free. He should be a great one for us.”

And Harris’ expert evaluation of Lock this season: “You know me, I watch every game. I think with Lock, he’s just trying to get back in a rhythm. Once you're injured you lose that rhythm. And they're trying to figure out their identity (on offense). When you keep trading your OCs (offensive coordinators) out it’s hard to get your system going. I think once he settles in he’s going to be fine. I know they like him over there. Young guys, they take some time.”

It did not take time for Harris to impact the Broncos. He was Mr. Reliable from the jump. An undrafted rookie, Harris played in all 16 games to earn all-rookie honors in 2011 and missed only four out of 144 regular-season games over nine seasons in Denver. The Broncos won a Super Bowl (50) when he played, got blown out when he didn't (48). It was Leah Harris, his wife, who coined the “No Fly Zone” nickname in 2014. It stuck.

The Broncos and Chargers have played 19 games since his rookie year. Harris played in 17.

Now “Strap” must wait until 2021 for his first game at Mile High with a different team — and, much further down the road, for an inevitable induction into the Broncos Ring of Fame.

“Hopefully that will happen someday,” he said.