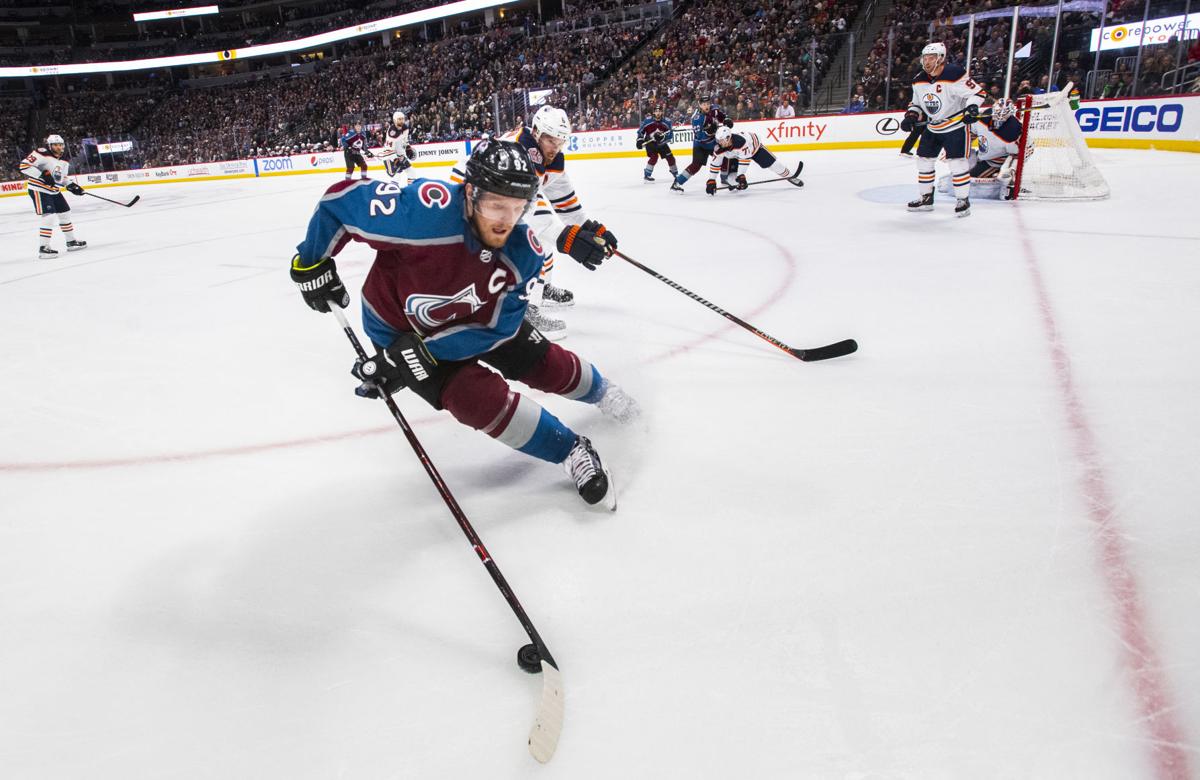 Avalanche left wing Gabriel Landeskog skates away from Oilers defenseman Adam Larsson during the second period Tuesday at the Pepsi Center in Denver. 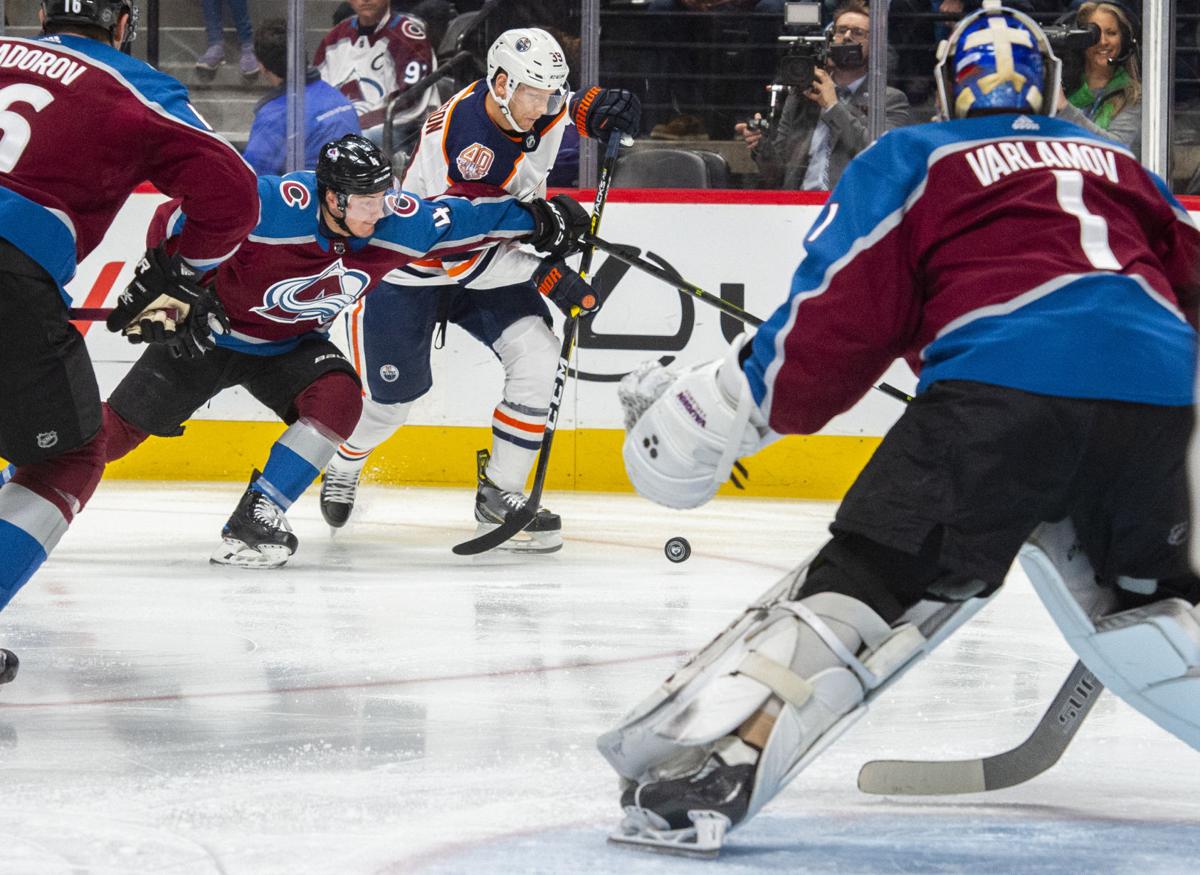 Colorado defenseman Tyson Barrie, second from left, battles Edmonton left wing Alex Chiasson for the puck during the first period of their game Tuesday at the Pepsi Center in Denver.

Avalanche left wing Gabriel Landeskog skates away from Oilers defenseman Adam Larsson during the second period Tuesday at the Pepsi Center in Denver.

Colorado defenseman Tyson Barrie, second from left, battles Edmonton left wing Alex Chiasson for the puck during the first period of their game Tuesday at the Pepsi Center in Denver.

The Avalanche’s magic number is one.

“All the sudden it’s a one-goal hockey game,” captain Gabe Landeskog said of Wednesday’s comeback as the Avs one-upped the Oilers, 6-2.

All the sudden it’s a one-point season. One, one, one. That’s not all! There are two 1s at play:

1. The Avalanche clinch a playoff spot with one point in the final two games — Thursday at Pepsi Center against the Winnipeg Jets, or Saturday at San Jose against the Sharks. Just one.

1A. The Avalanche holds the best odds to secure the No. 1 pick in the NHL draft — courtesy the Ottawa Senators — and the right to select the consensus top prospect, Jack Hughes.

The Avs are working on the best 2-for-1 this side of Winter Park/Mary Jane.

“I believed the guys could do it,” said Landy, whose boys kept the Avs afloat while he missed nine games due to injury.

“The guys didn’t need me,” he said. “They went on a 6-2-1 run and started putting us back in a position where we should be.”

To quickly become Stanley Cup contenders the Avs need both — not one (the playoff spot) or the other (top draft pick). Skipping steps is not an option in hockey or skydiving. If you can believe it, and lots can, the Avs haven’t been to the playoffs in back-to-back seasons in 13 years. By securing a postseason spot Colorado assures itself of another step in a positive direction, another series from which to build a future.

With one more point, and a little lottery luck, the Avs can double down on 1.

Thanks to the Matt Duchene trade with the Senators, who are the best friends a trade partner ever had, Colorado has an 18.6 percent chance of landing the No. 1 pick in the draft lottery. (The draft lottery is Tuesday. This could be one week to remember.) The Kings are second at 13.5%, the Devils at 11.5, the Sabres at 9.5. It’s a one-in-five chance Hughes will join Cale Makar, the UMass superstar in the Frozen Four, and Conor Timmins, the gifted defenseman and a former second-round pick, in the next wave of Avalanche additions.

That’s for later. What about now?

I thought the Jets were the best team to come through Pepsi Center last season. I was wrong, again. After the Jets lost to the Golden Knights in the conference finals, they returned this season to rack up 96 points and close in on the Central Division title. These Avs have played them well. Colorado is 2-2 against the Jets, with three of the four games played in Winnipeg.

Will coach Jared Bednar turn to No. 1, Semyon Varlamov, who won the Oilers game, or his new No. 1, Philipp Grubauer? The Avs have earned at least one point in nine consecutive games.

DENVER — Carpet's the same, nameplates the same, and don't you dare commit the hockey sin of stepping on the center logo. But it's a different…