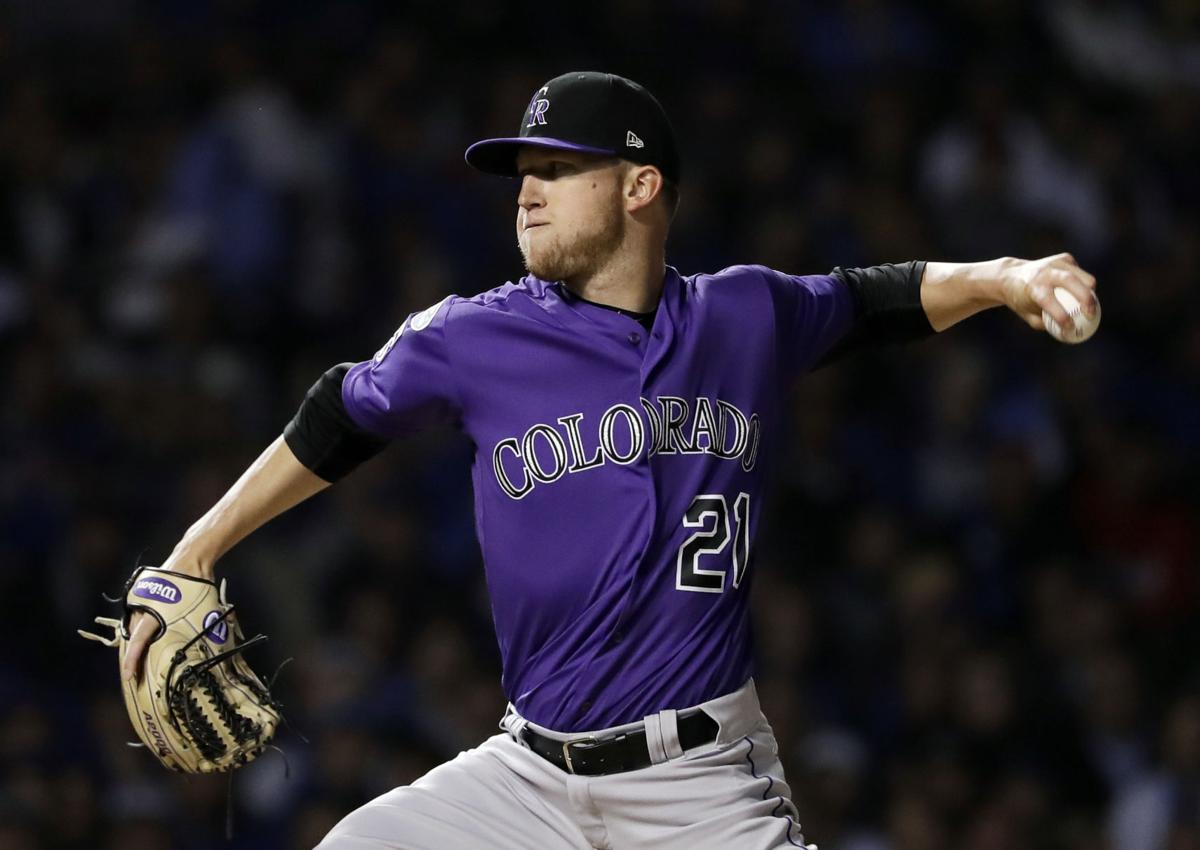 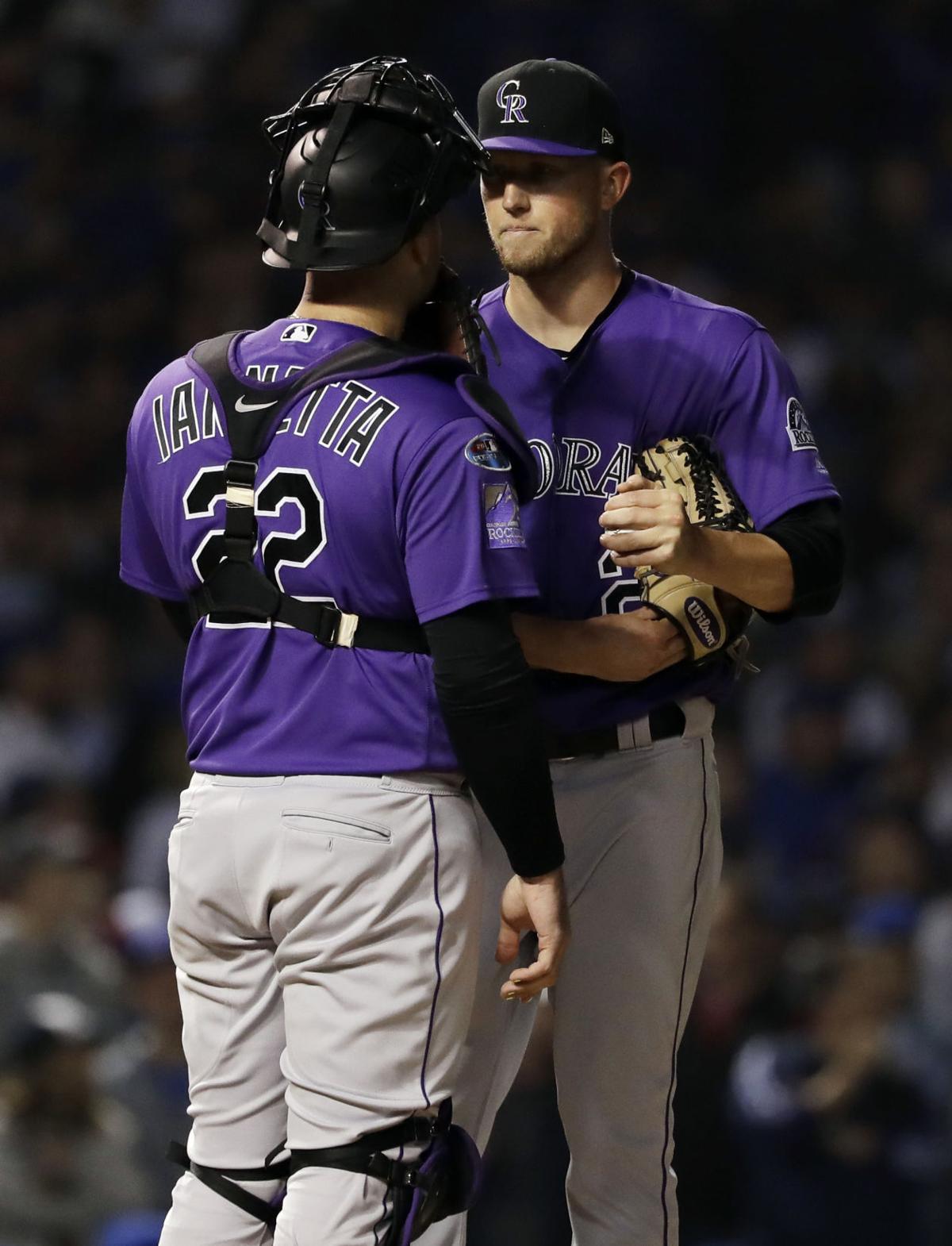 DENVER • Hi. My name is Paul, and I’m a Kyle Freeland guy.

The exclamation point is necessary. The best third baseman in baseball is directing the bandwagon. Yes, I asked around the Coors Field clubhouse in July and two opinions were unanimous: the Rockies are Kyle Freeland guys and the Dodgers ski in jeans.

OK, the second one is fake news. But Kyle “The Mayor” Freeland is the real deal, and he’s bringing a Colorado army with him. The local lefty put the Rockies on his back as Colorado defeated the Chicago Cubs to advance to a National League Divisional Series matchup against the Milwaukee Brewers.

The rest of the time he’s on Cloud Nine.

Dude’s living the Colorado dream, you know. Thomas Jefferson grad. The Front Range tattooed down his right forearm, “303” on his biceps. Shoot, I can’t attend a high school reunion these days without old friends talking up Freeland like he’s Chauncey Billups or something. The ace of the Rockies’ pitching staff — it’s true! — is so Colorado his No. 31 jersey should read “Native.” His heater comes with green chile. His slider leans left. His change-up makes hitters look high.

We’re a World Series parade away from being Kylerado.

It would be enough to consider another statue on the corner of 20th and Blake just for his local pedigree alone. But that’s not enough for Freeland. At 25 years old and with a heat map that paints the edges of home plate, Freeland has owned Coors Field unlike any pitcher who’s thrown for the Rockies. That’s not a stretch, either. Among Rockies pitchers with a least 10 starts, Freeland owns a 3.04 ERA at Coors Field. Ubaldo Jimenez (3.67) and Tyler Anderson (3.73) trail him. No one’s been better.

There’s a whole chapter in the unwritten rules of baseball that says Coors Field batters should be penalized by the hitter-friendly ballpark but Coors Field pitchers shouldn’t get a boost the other way. Their logic defies logic. Freeland’s 8.4 WAR (wins above replacement) ranks fourth among National League pitchers. The men ahead of him? Front-runners for the Cy Young award: Aaron Nola, Jacob deGrom and Max Scherzer. Not sayin’, just sayin’.

On behalf of Kyle Freeland guys everywhere (it should be understood that includes ladies, since Lord knows his female fans might outnumber the dudes), we must know: Why wasn’t our guy selected to join Arenado, Charlie Blackmon and Trevor Story at the All-Star Game?

“Yeah, I was a little disappointed. I was. But I was honored to have my name in the mix of some of the best players in the world,” Freeland said. “I was bummed when I heard, but I’m not playing this game to be in an All-Star Game. I’m playing to win a World Series.”

Is Freeland going to toss out a 2.40 ERA at Coors Field every year? I’m guessing not, since his current mark is the best we’ve seen in a season at Coors. But I’m also guessing if there’s a guy who thrives at Coors, it’s a guy who isn’t scared of Coors. After two seasons in the local spotlight, do you get the impression Freeland is scared of his own backyard?

“How competitive he is sets him apart from the rest of the pack. It doesn’t matter if he has his best stuff or his worst stuff, he competes,” said his catcher, Chris Iannetta.

True story: on Wednesday nights in the spring and fall, Freeland serves as the third base coach for a beer-league softball team.

It’s a bunch of buddies he grew up with. Not to blow his cover — he doesn’t care anyway — but they play on the Kennedy Park Ballfields off Interstate 225. The Rockies’ top starter wears street clothes. One time the umpire noticed, but no one bothers him as Kyle Freeland. And if there’s a double in the gap with a man on first, he’s sending him home. The Rox did.

“I’ve kind of dreamed of this since Day 1, since they drafted me,” Freeland said. “What a rare opportunity I have to be a Rockies first-round pick and debut for a team I grew up watching as a kid. I want to make the best of every opportunity. There’s no place I’d rather do it than here.

“You want to stay close to your roots, and I’ve got some great people behind me,” he said.

Yeah, we’ve heard. “Free’s World” is over in Section 146. You can hear those rowdies in Salida.

The baseball part is cool, but it’s not what turned us into Kyle Freeland guys. This did: my friends Andy Draayer and Mark Jansen have six awesome little kids between them. One, bless their wives. Two, as Andy said, “When we play whiffle ball in the backyard, they call themselves Kyle Freeland.”

Editor's note: This column was originally published July 11. It has been updated to reflect current statistics and circumstance.

Colorado Rockies baseball weather outlook: Get ready to bundle up at Coors Field

Snow is expected in higher elevations of Colorado this weekend, but the Rockies and their fans should be able to enjoy a game or two of playoff baseball at Coors Field without too much interference from the weather. The Rockies will play the Milwaukee Brewers in Game 3 beginning at 2:37 p.m. Sunday. Game time for a possible Game 4 on Monday, also at Coors Field, has not been determined.