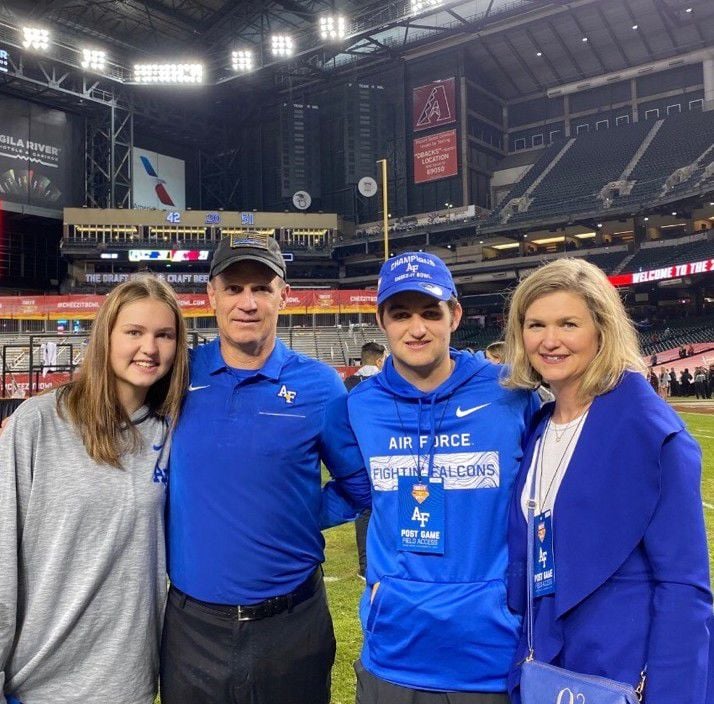 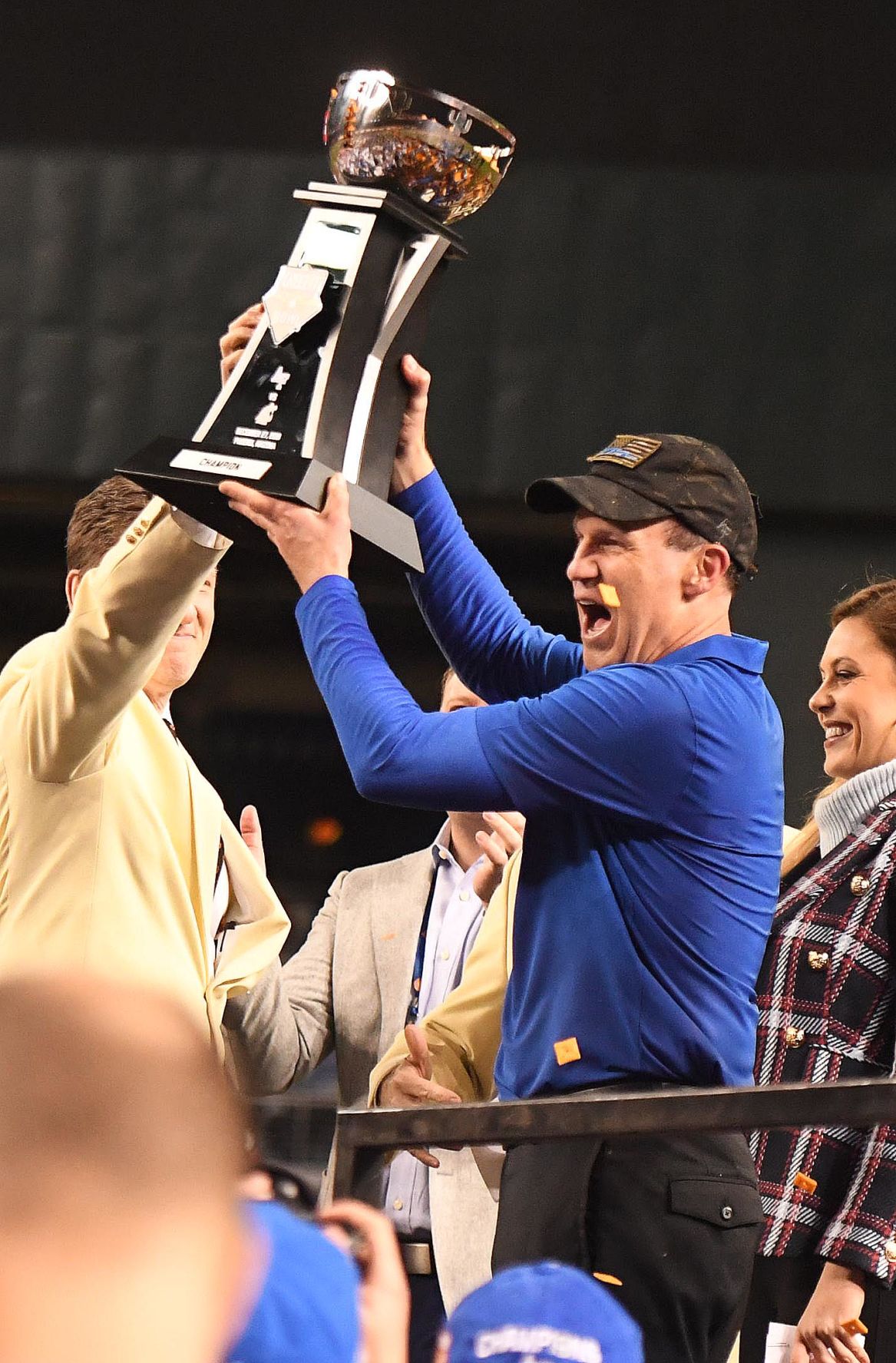 DENVER — Troy Calhoun's first quarantine penalty flag came in the second quarter of March 2020 — a time forever logged as the age of the coronavirus.

Charged with laundry duty, the Air Force football coach hustled to do his part on a Calhoun depth chart that goes four-deep: Troy, wife Amanda and kids Amelia and Tyler. In went the clothes and towels. In went the detergent. On went the ...

Sometimes the stay-home order forced on our lives due to the coronavirus pandemic can make a family feel like 13 golf balls shoved into a box made for a dozen: Mommm, he’s hogging the remote again! When Mom and Dad and the kids and the dogs are packed into the same contained space for over a month, boundaries vanish like the lime-flavored Tostitos hidden above the kitchen sink.

“It’s been a dose of reality when more than a few times Tyler and Amelia want to know when Dad’s going back to work,” says Calhoun, whose high schoolers are wrapping up the academic year online. "The tone of their voice indicates they want that to happen real, real soon.”

Other times, when we’re stuck in different spots of the globe, we just miss our folks. I miss mine like crazy. Virtual happy hours are a handy touch, but it's not the same as scoring the hug that ends the night and says everything’s going to be cool. These days there's even a role reversal, as the younger generation learns what Mom and Dad felt like when we broke curfew.

Stay home, or we'll turn this car right around.

Calhoun can relate, and he’s found the isolation life comes with a silver lining: “deep conversations" with his beloved mother, Joyce, who is one tough cookie and the reason Troy found his way to the Air Force Academy as a wide-eyed Oregon teenager in the 1980s.

This novel disease's target demographic has redirected our concerns toward our parents.

“I think for all of us we share something there, especially the awareness that’s involved for those who are over a certain age or (possess a) preexisting condition,” he says.

For Calhoun, that means time traveling back to his youth in Roseburg, Ore., a spectacular plot of earth in the Umpqua River Valley that revolved around the logging industry. Johnny Cash once sang about its lumberjacks. Joyce Calhoun is a retired emergency room nurse who witnessed her share of mishaps from area plywood plants and sawmills. To our health care front-liners, the Falcons coach feels you.

“She’s the most positive, most upbeat person I’ve ever been around — the happiest person with whom I’ve ever interacted,” Calhoun says. “Yet once in a while she’d come home and you knew there was something bad that really happened. I’ve talked to her quite a bit about this.”

And Mom responds to him in much the same way as the heroes who toil among us now: “She said, ‘I wonder if I ought to go back (to work)?’ I said, ‘Mom, you’re not quite so young as you were. I know you think you are in your heart.’”

When is the turning point in a grown child’s life — that pivotal moment we worry about the people who raised us more than we worry about ourselves? If anything good has come from the coronavirus age it’s a refocus on the ones who allowed us to live the lives we live. Have you ever called, texted or Zoom'ed Mom and Dad as often as the past month?

“I talk to my grandparents weekly on Facetime,” Air Force stud wide receiver Geraud Sanders said Tuesday. “Grandma, I coached her up on the Facetime. She got it. My grandpa’s not going for the tech stuff quite yet. We’ll get him there.”

Calhoun grills a mean rib eye. Uniform grill marks, medium rare, perfect. Standing over the Charbroil on their back porch in north Colorado Springs is his wheelhouse. Quarantine laundry ... not so much.

“Any time you go through certain challenges in life, it makes you closer,” he says.

And despite our stagnant state at the moment, his long-term view is an optimistic one.

“Our country will come out of this stronger. We inevitably do," Calhoun says. "Whether it’s the Civil War, the flu in 1918, the Great Depression, if it’s Pearl Harbor and World War II, polio, 9/11 ... we always come out of it an even better and strong country. We make some discoveries along the way. In this case, it’s a treatment, (or) it’s a vaccine.”

DENVER — Broncos star Von Miller has tested positive for COVID-19, according to a report.