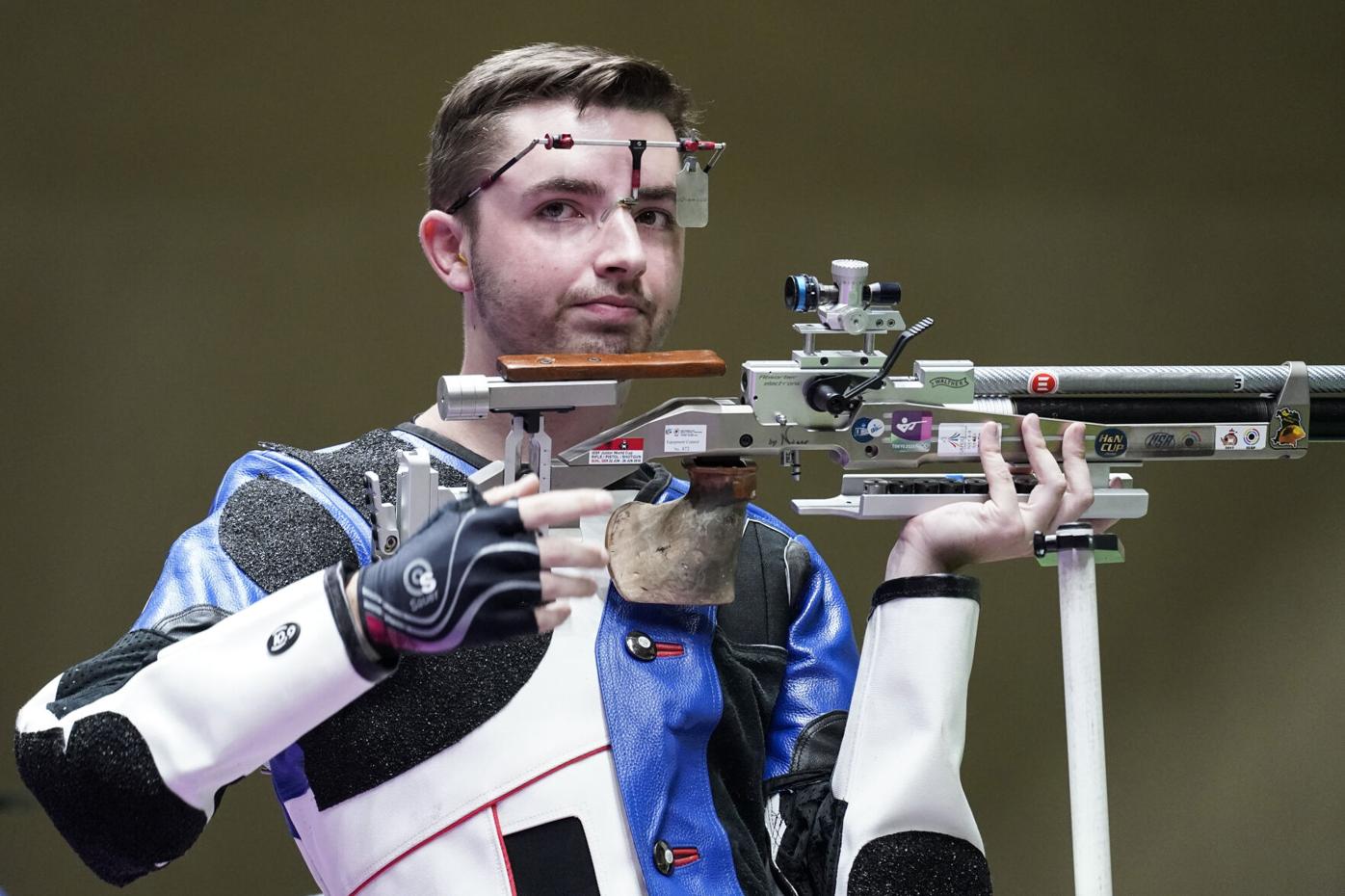 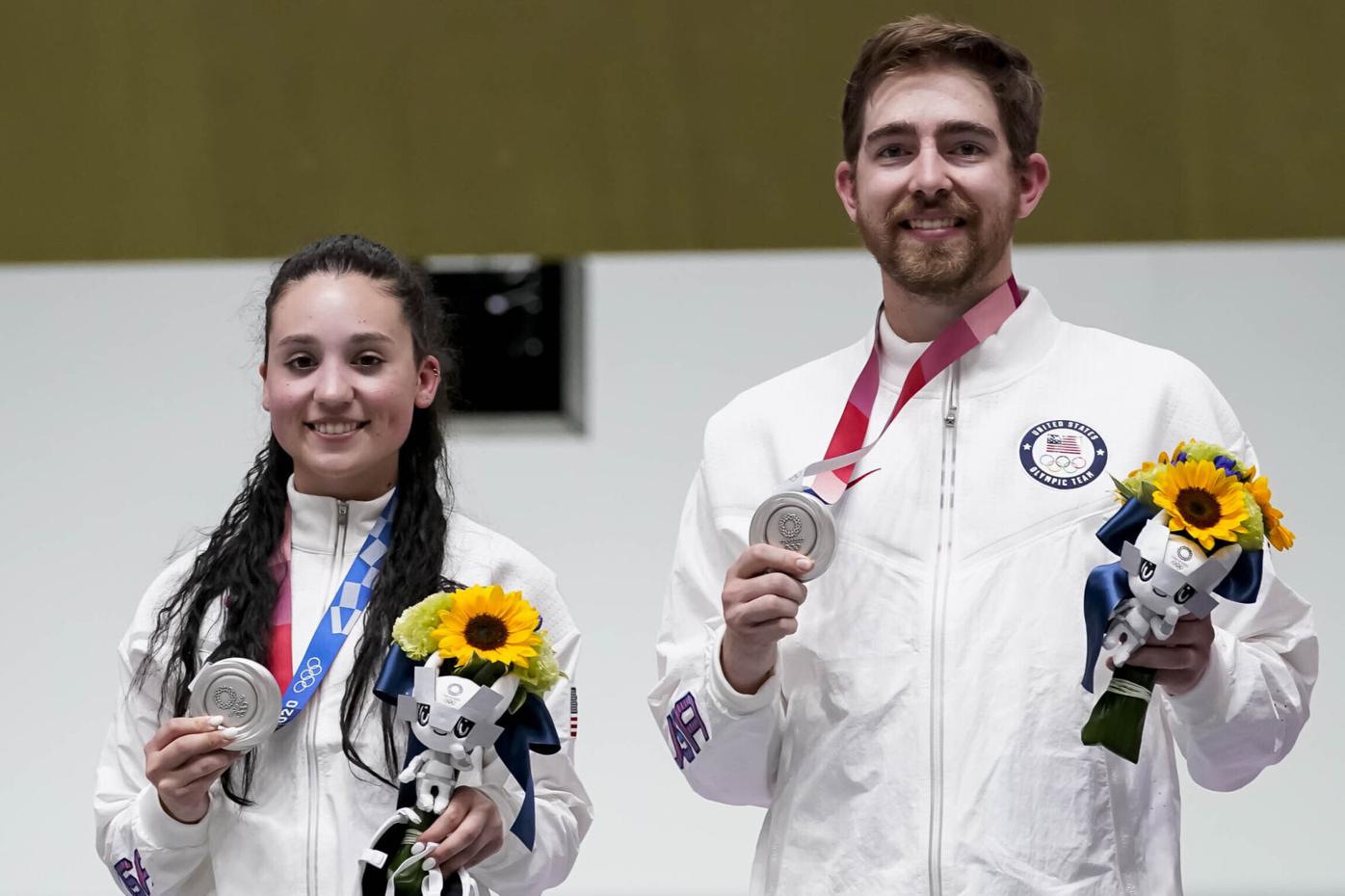 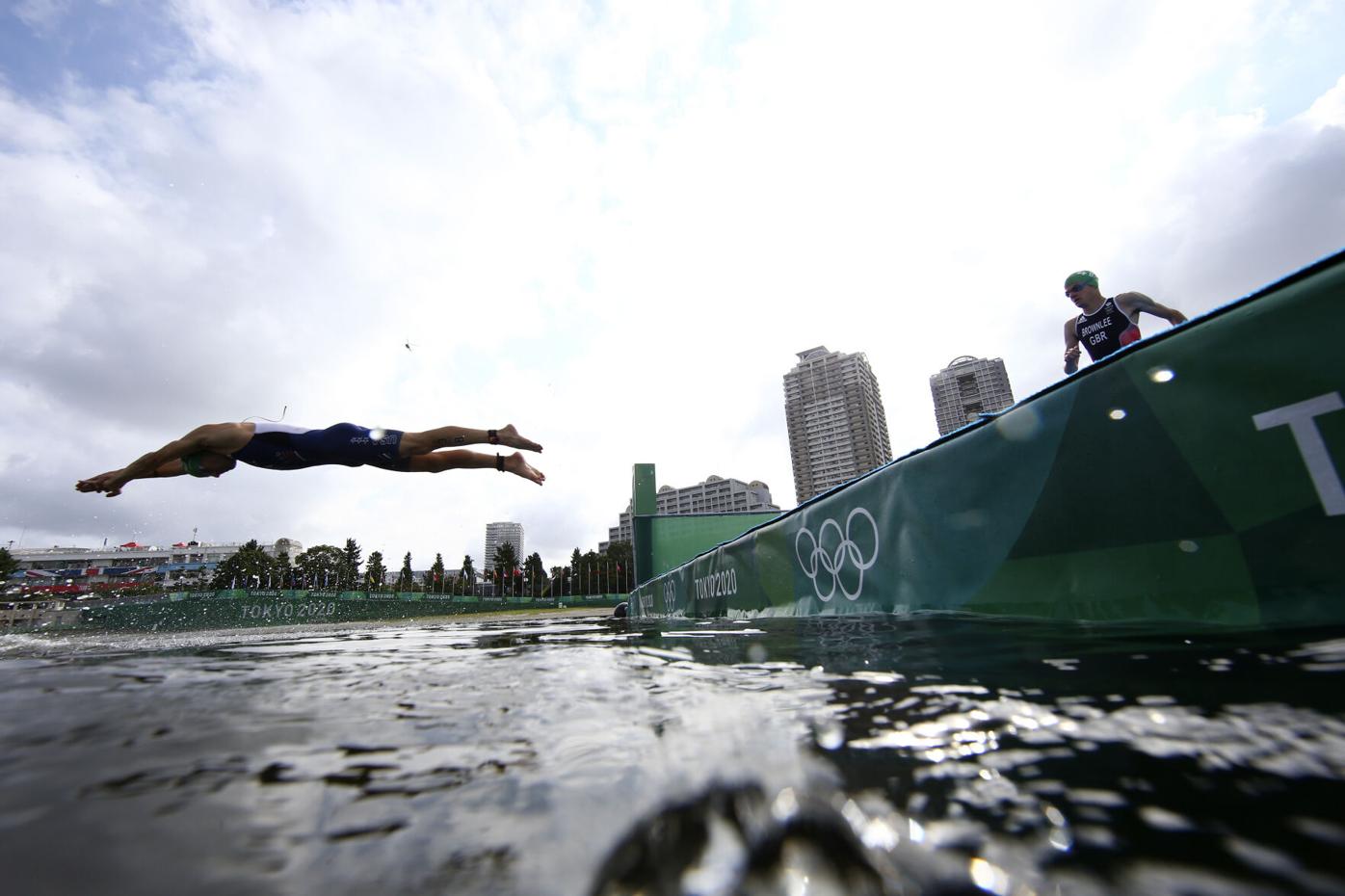 Kevin McDowell of the United States, left, and Jonathan Brownlee of Britain compete in the mixed relay triathlon Saturday at the 2020 Summer Olympics in Tokyo. McDowell, whose team won silver, is a resident of Colorado Springs. 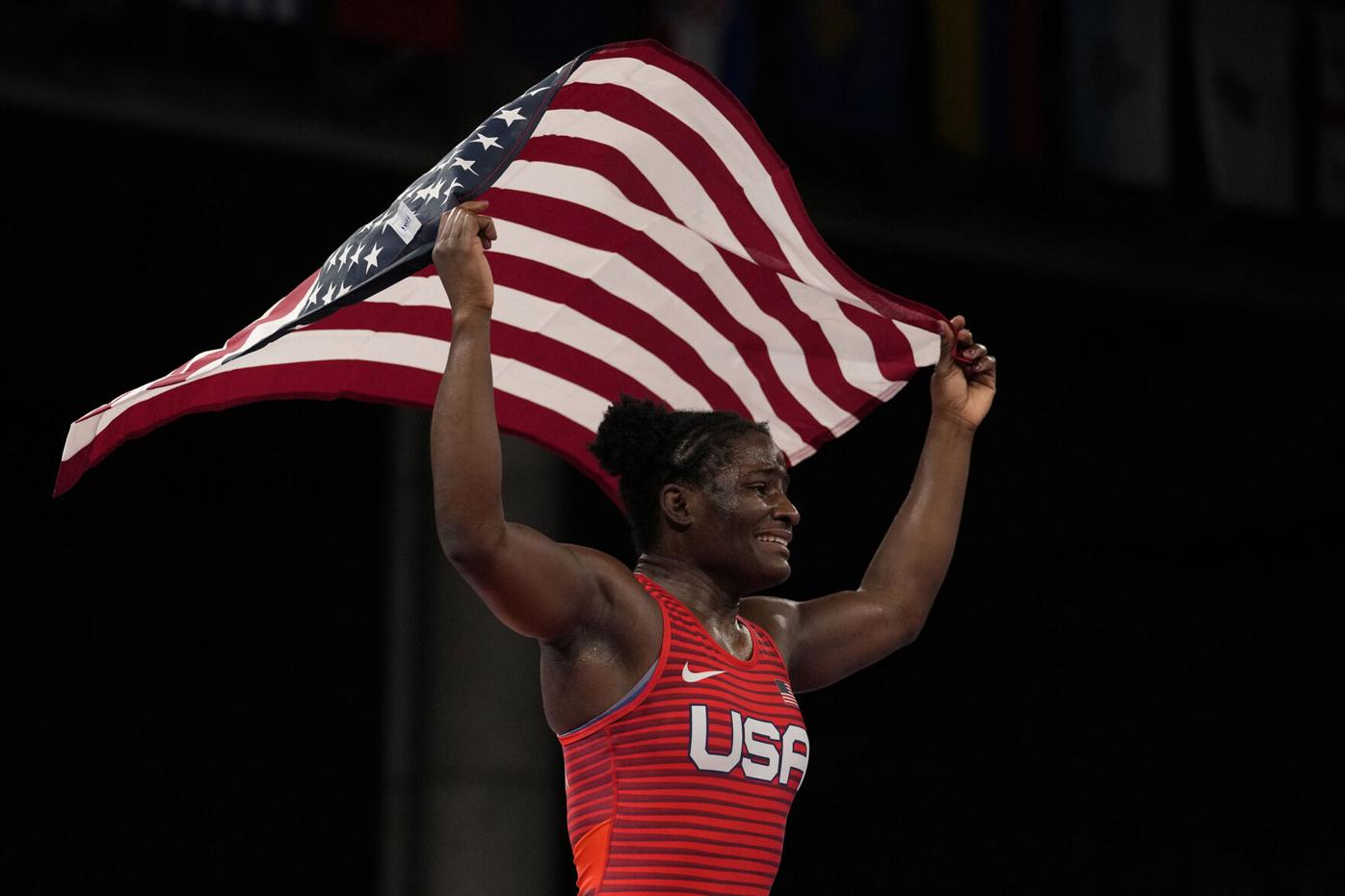 Here's a look at who won medals.

Anastasija Zolotic, an 18-year-old resident of Colorado Springs, made history after becoming the the U.S.'s first-ever gold medalists in women's taekwondo. Zolotic moved to Colorado Springs with her family in 2019 to train at the National Center of Excellence off of Garden of the Gods Road, according to the Colorado Springs Olympic City USA Facebook page post. Zolotic was only the fourth American to reach an Olympic taekwondo final and only the second woman.

Colorado Springs' William Shaner also added to the United States’ second-day haul at the Tokyo Games, winning the men’s 10-meter air rifle with an Olympic-record 251.6 points. The 20-year-old who grew up in Rifle, Colo., began shooting at age 8 and won his first international competition at 14. He is the the second-youngest men’s 10-meter air rifle Olympic champion.

Cheyenne Mountain High School grad Amber English set an Olympic record in the opening shotgun event, hitting 56 of 60 targets and beating reigning skeet champion Diana Bacosi of Italy by one. English, who graduated from the University of Colorado at Colorado Springs, is a member of the World Class Athlete Program.

Lucas Kozeniesky of Colorado Springs and his partner, Mary Tucker, combined to win silver in the mixed 10-meter air rifle. Kozeniesky is a two-time Olympian (2016, 2020) who attended N.C. State. At Olympic Trials Part 2 in 2020, Kozeniesky tied a world record and set a rational record, securing another spot on the Olympic Team in the process.

Meet the Colorado athletes competing in the Tokyo Olympics this summer

The United States women's soccer team won bronze with a 4-3 win over Australia after opening the Tokyo Games with an uncharacteristic 3-0 loss to Sweden. Midfielder Lindsey Horan attended Golden High School, but played club soccer with the Colorado Rush.

Lucas Kozeniesky of Colorado Springs and his partner, Mary Tucker, combined to win silver in the mixed 10-meter air rifle.