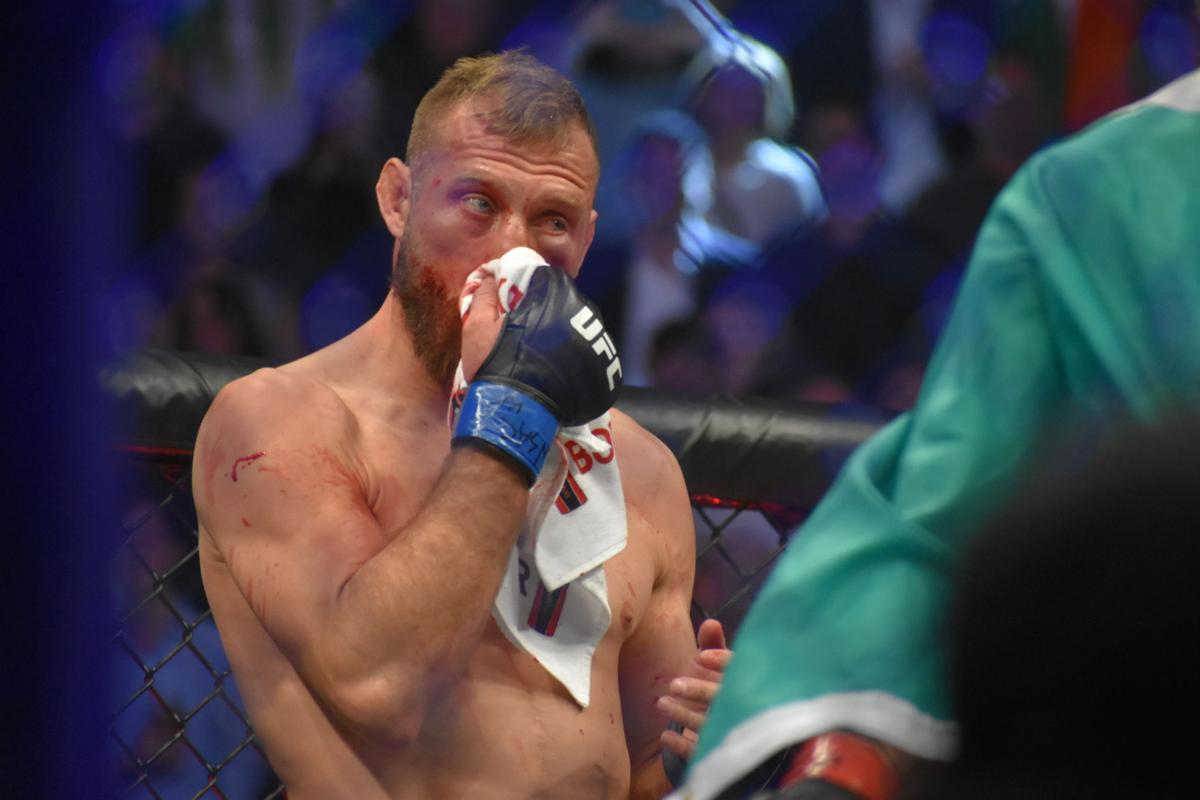 Donald "Cowboy" Cerrone wipes blood from his face following a loss in 40 seconds to Conor McGregor at UFC 246 in Las Vegas on Saturday, Jan. 18, 2020. (BRENT BRIGGEMAN, THE GAZETTE) 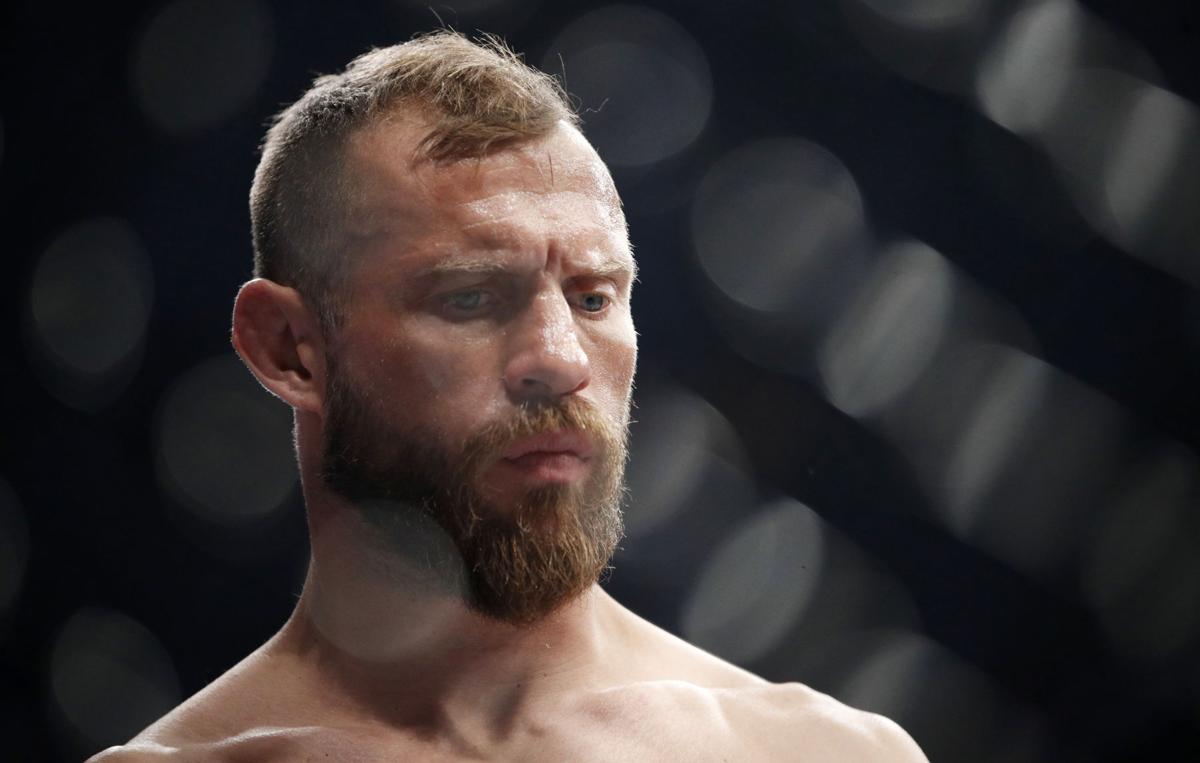 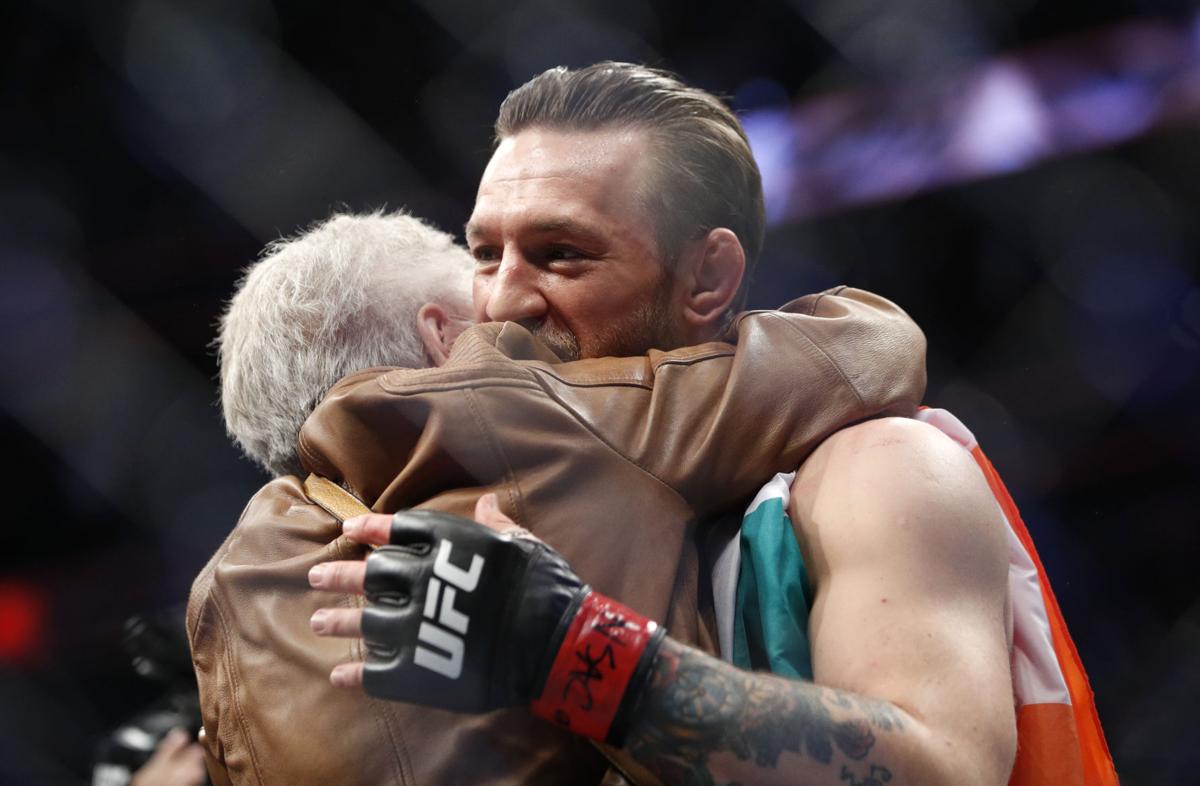 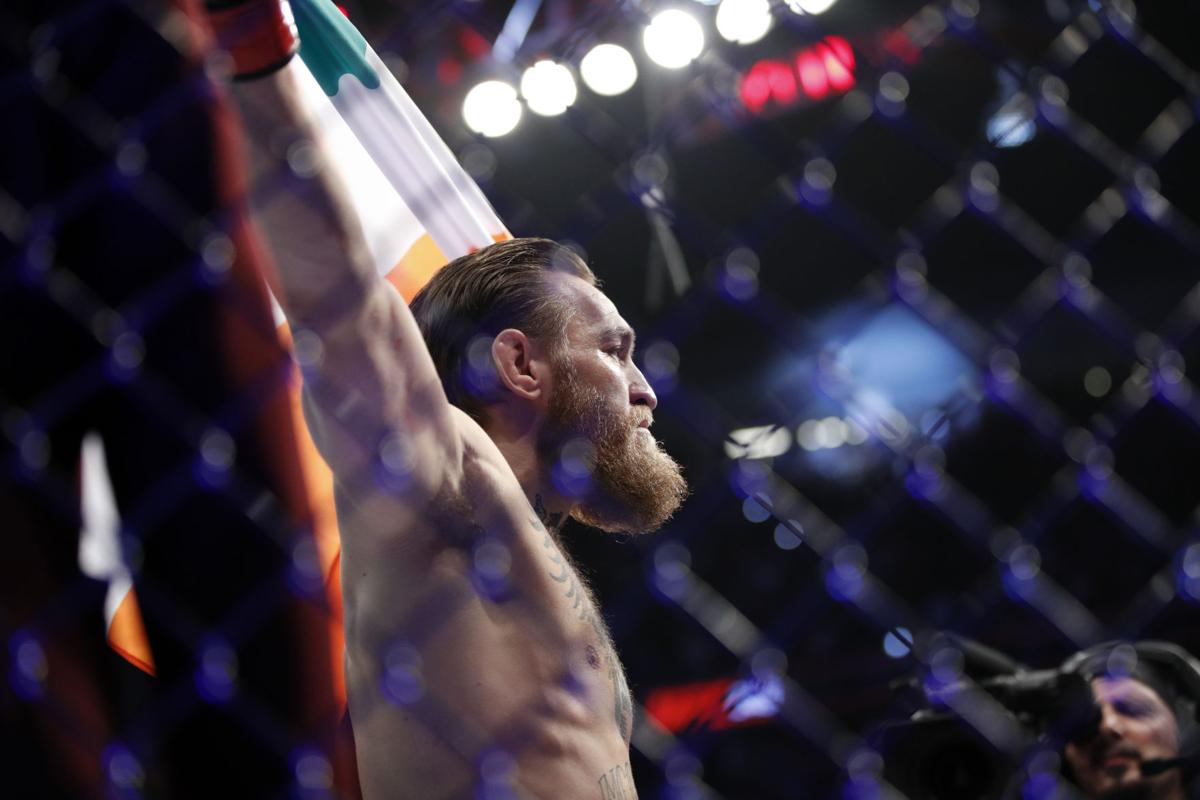 Donald "Cowboy" Cerrone wipes blood from his face following a loss in 40 seconds to Conor McGregor at UFC 246 in Las Vegas on Saturday, Jan. 18, 2020. (BRENT BRIGGEMAN, THE GAZETTE)

LAS VEGAS • Donald “Cowboy” Cerrone doesn’t want a 40-second loss to Conor McGregor to mark his slide into the sunset.

UFC president Dana White, however, urged patience in figuring out what the future might look like for the organization’s most dependable fighter.

“I’ll talk to him and see what he wants to do, but we all know the answer to that question,” White said of Cerrone, who holds the UFC record for victories (23). “He’s like the lighter version of Chuck Liddell. This is what the kid does. It’s what he loves to do. It’s who he is. This is the not-so-fun part of this job when you have to have these conversations and ask him what he wants to do. But I don’t know.”

Cerrone, the 36-year-old Air Academy graduate who fights out of Albuquerque, has lost three straight bouts on TKOs, all before the third round. None were quicker than the loss to McGregor, who stunned him with shoulder strikes to the face and then landed a kick with the left foot to the head that left him staggering and all but finished in front of 19,040 at T-Mobile Arena.

Whisked to a Las Vegas hospital late Saturday night with a possible broken nose, Cerrone was not available for questions from the 187 media members in attendance. However, he addressed his future in postfight comments while still in the octagon.

“I love this sport,” Cerrone said. “I’ll keep fighting. I don’t care. This is what I love.”

White was clear on a few things. First, he’ll wait to see the new rankings this week before exploring potential matchups for Cerrone. And second, this fight’s quick, brutal conclusion spoke far more about McGregor’s performance after a 15-month layoff than it did about Cowboy.

“Conor McGregor looked ridiculous tonight,” White said. “Nobody saw that coming, nobody. He looked fast. He looked sharp. He looked strong. It was all about Conor. It had nothing to do with Cowboy being shot or anything like that.”

McGregor had kind words for Cerrone’s grandmother, 82-year-old Jerry, whom he met and embraced after the fight. He called her a “remarkable woman.” He had equally kind words for an opponent he feels is not yet finished.

“What a phenomenal legacy Donald has,” McGregor said. “It’s an honor to share the octagon with that man. Seriously, I mean that. I’ve shared the octagon with some great UFC fighters, and Donald is up there with the best of them.

“I’m excited to see what he does next.”

LAS VEGAS - One lost in a slow, smothering style. The other in a violent barrage.