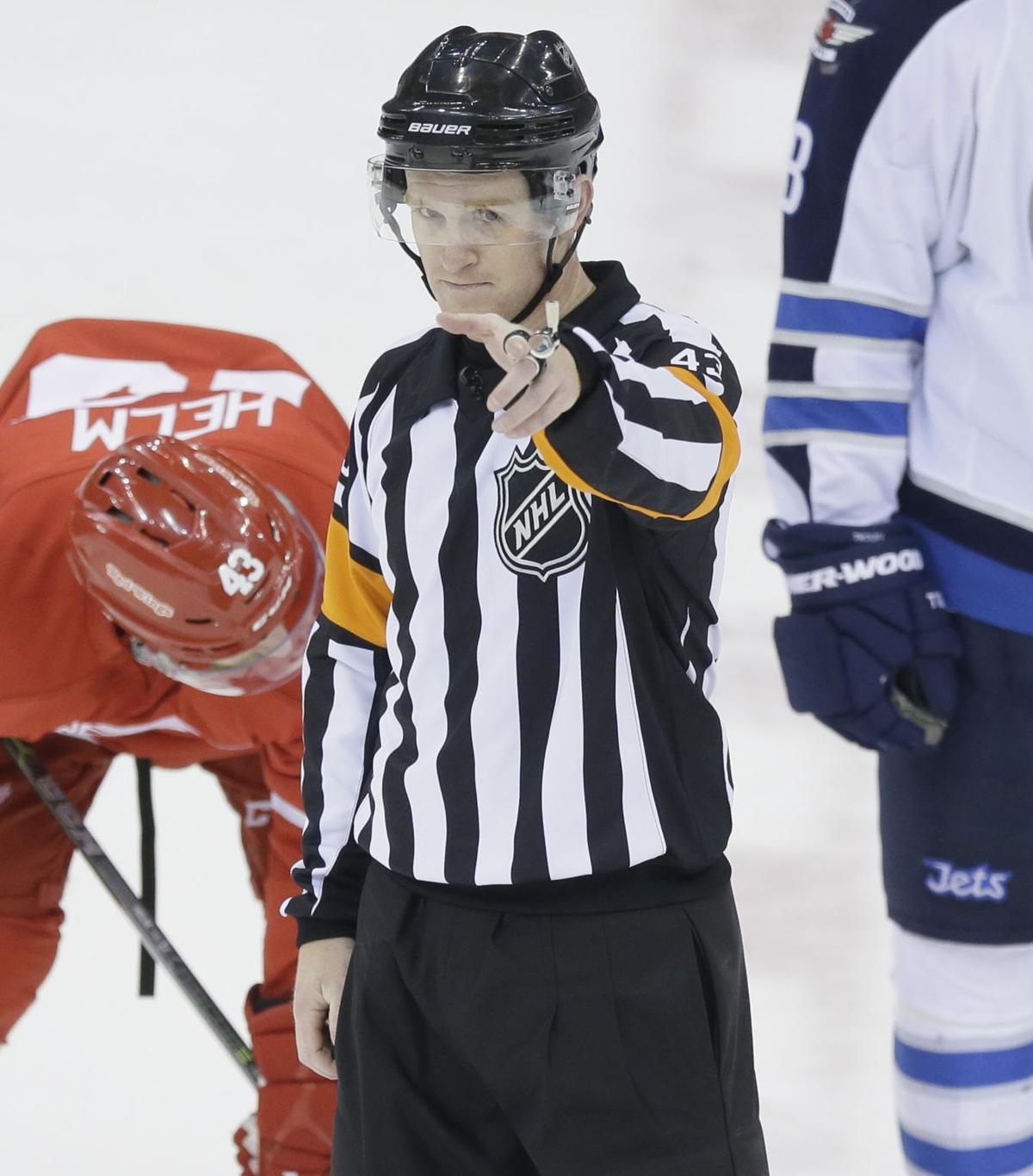 Referee Tom Chmielewski signals during the third period of an NHL hockey game between the Detroit Red Wings and the Winnipeg Jets, Saturday, Feb. 14, 2015 in Detroit. (AP Photo/Carlos Osorio) 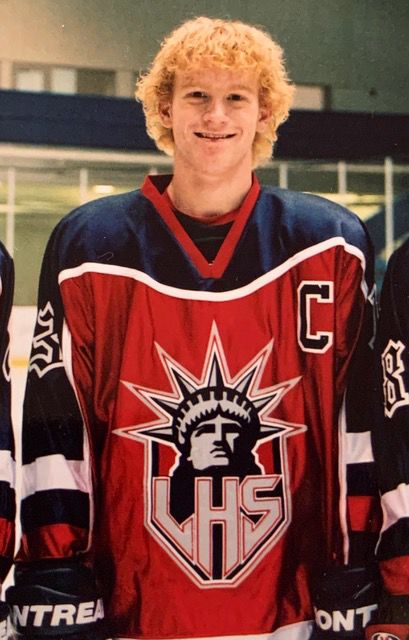 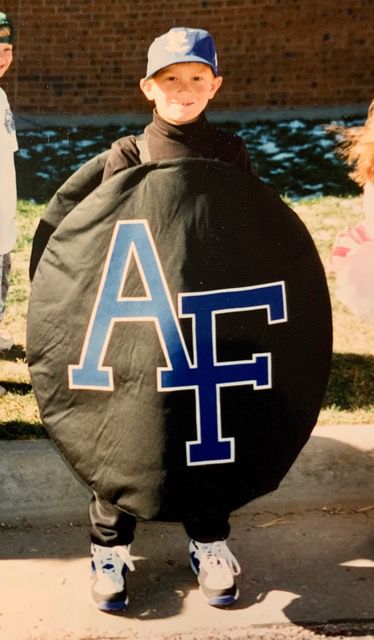 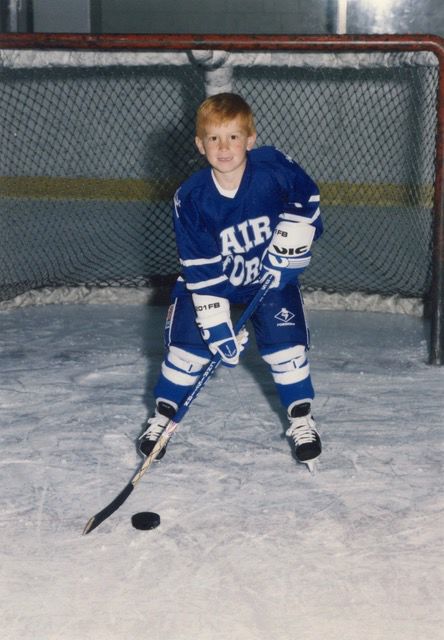 The Chmielewski family, including NHL referee Tom, have a long history with Air Force. Tom's father Bob graduated from the academy in 1978. 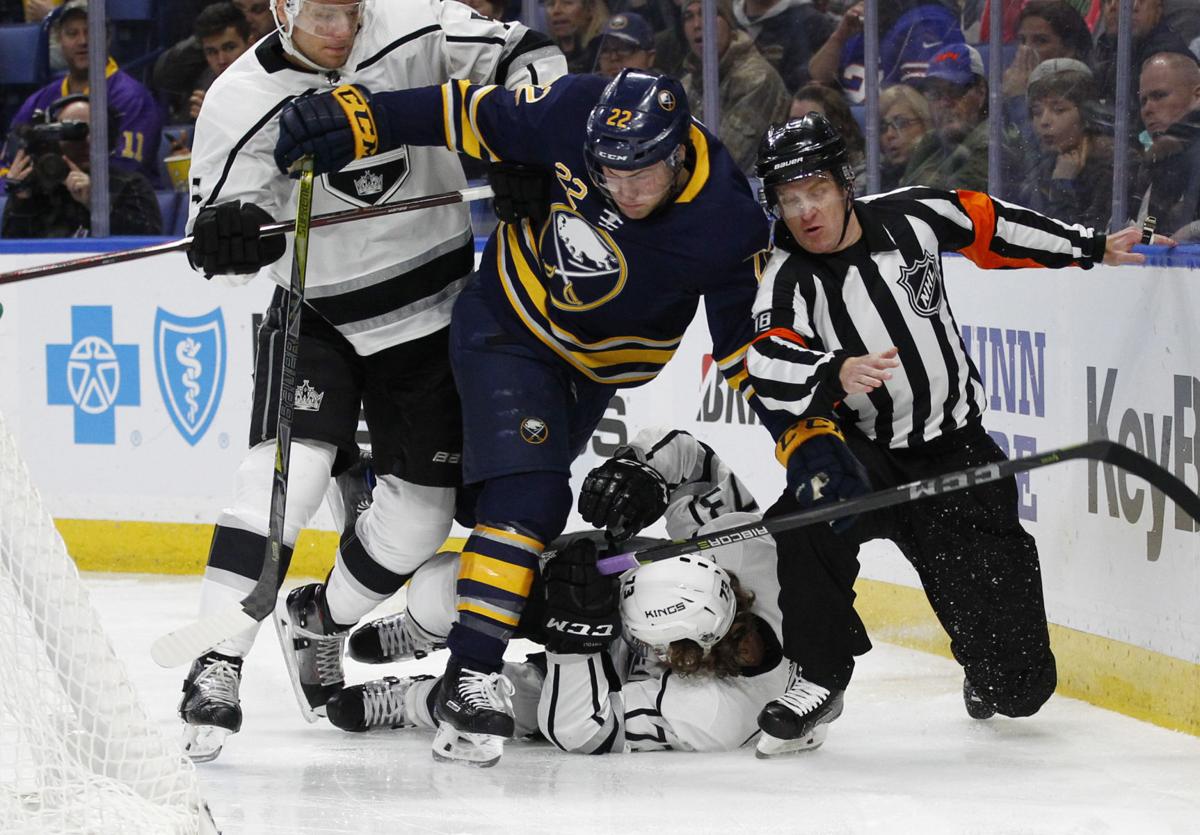 Referee Tom Chmielewski signals during the third period of an NHL hockey game between the Detroit Red Wings and the Winnipeg Jets, Saturday, Feb. 14, 2015 in Detroit. (AP Photo/Carlos Osorio)

The Chmielewski family, including NHL referee Tom, have a long history with Air Force. Tom's father Bob graduated from the academy in 1978.

Forty-three thousand fans are expected to attend the NHL Stadium Series game Saturday at the Air Force Academy. At least two of them won't have their attention fixed on stars Anze Kopitar and Nathan MacKinnon.

Eighty percent of the time, they estimate, they'll be watching a referee.

“If you talk to anyone who officiates, it’s kind of a curse. We spend a lot of our time watching the officiating,” said Bob Chmielewski, who teaches at Discovery Canyon.

That’s even more true when one of those NHL officials is your son. Bob and his wife, Jean, will get to see their Colorado Springs-raised 32-year-old work his first outdoor game, in his hometown, on the grounds of a school that played a big role in his life as the Colorado Avalanche take on the Los Angeles Kings.

“It’ll be cool for my life to come back in a little bit of a circle, come back home,” Tom Chmielewski said.

“As special as this is, it’s even cooler for my dad.”

Bob graduated from the academy in 1978 and served in the Air Force for 17 years. Tom started playing hockey at 5 at Cadet Ice Arena and came up through the Air Force youth program. Bob served as assistant coach or manager at times, in spite of never having played competitive hockey.

As a young player, Tom said, he did not have the best relationship with the referees.

“Maybe I was a little too smart for my own good. I thought I was the know-it-all on the ice,” he said. “Since I went down this path, I’ve made a lot of apologies to the referees I had in youth hockey. I should have been more understanding.”

Tom and Bob went to their first officiating clinic together at the academy when Tom was 12. For Tom, officiating was a way to stay on the ice and make some money. For Bob, it was a way to be active and involved.

They were often a package deal. Bob estimates they’ve officiated more than 50 games together.

“It was nice for us because there was a sense of familiarity on the ice,” Tom said. “It was another thing we could bond with, which is special for a father and son.”

Tom played four years for Walt Aufderheide at Liberty High School and won a state soccer title there in 2004. Air Force hockey coach Frank Serratore wanted him, but an injury contributed to his attending Colorado State, and exploring a different career.

After high school, he came to grips with the fact that although he wanted to continue, he would be among the “99%” that never make it to the NHL.

“It turned out to be a pretty easy decision.”

“So few of them ever make it,” Tom’s mother Jean, a registered nurse, said. “For me to see that he was able to overcome an obstacle and still pursue something he loves so much was amazing.”

There was still a long road ahead. As a referee, Tom crisscrossed the Midwest for junior hockey games, putting about 45,000 miles a year on his 2005 Honda CRV. He spent hours on the phone as he drove, reconnecting with high school friend Brooke, whom he eventually married. He also talked into the night to his mother, who worried he’d fall asleep.

The grind was rough on him. Jean said Tom knew when he had three letters on his back — AHL or NHL — “things are looking up.”

He was under NHL contract, but refereed primarily in the AHL from 2013 to 2017. He made his NHL debut April 8, 2014, and has been full time the past three seasons. He’s based in Arvada but is on the road about 20 nights per month — now getting there by plane.

“He’s gone much much farther than I thought you could go,” Jean said. “I had never known that being an NHL ref would be a profession that he would move on to and be very successful at.”

Bob still officiates many area youth, high school and college club games, manning the state high school championship and teaching the seminars he and Tom once attended. He’ll get his own outdoor game experience — though not his first — officiating the game between Pine Creek and Lewis-Palmer at Falcon Stadium on Tuesday.

First, he and Jean get to be proud parents.

Tom made it known as often as possible, in locker rooms and around superiors, that he had close ties to the Air Force Academy. He earned the nod.

With a contingent of 30 or so friends and family, including Brooke and Ford, Bob and Jean will get to watch him take that first lap, at the highest level of his profession, in a place they have history.

“Just the history behind the Air Force Academy and how special that is to all of us, it’ll probably bring a tear to the eye,” Jean said.

Friendship between CC, Air Force hockey players on back burner as teams face-off