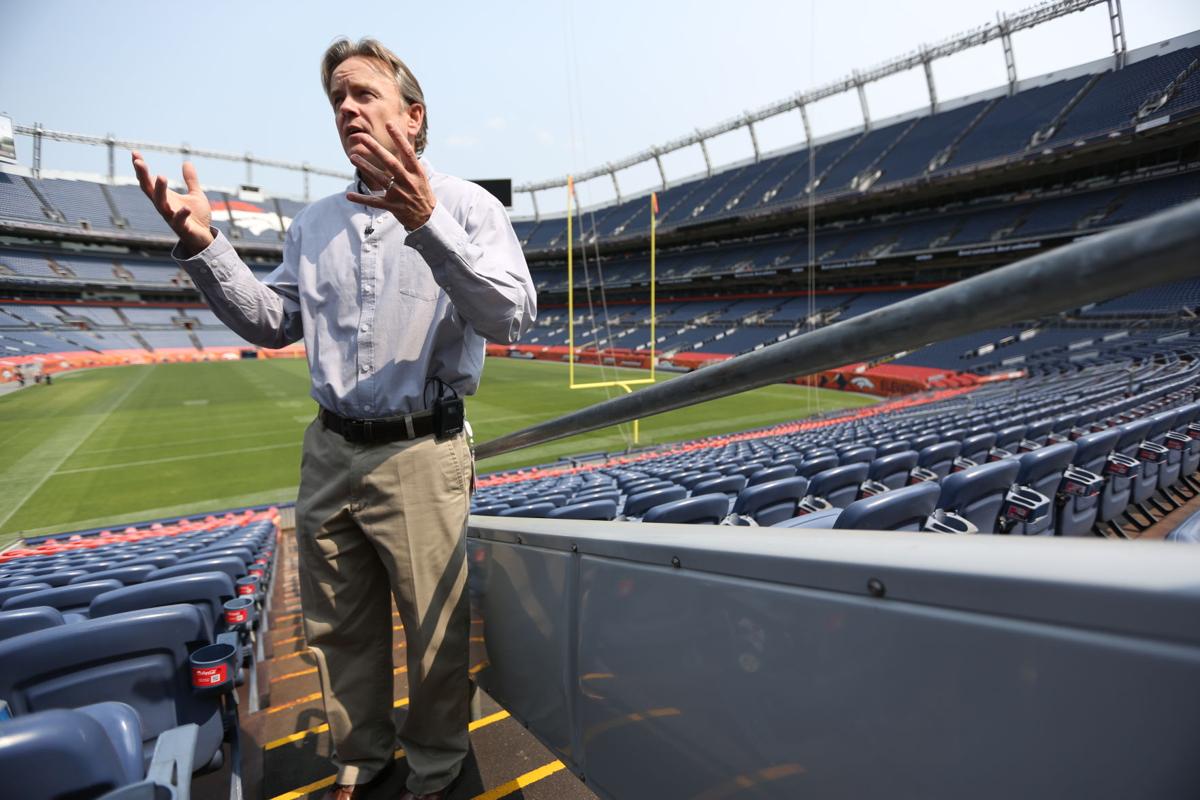 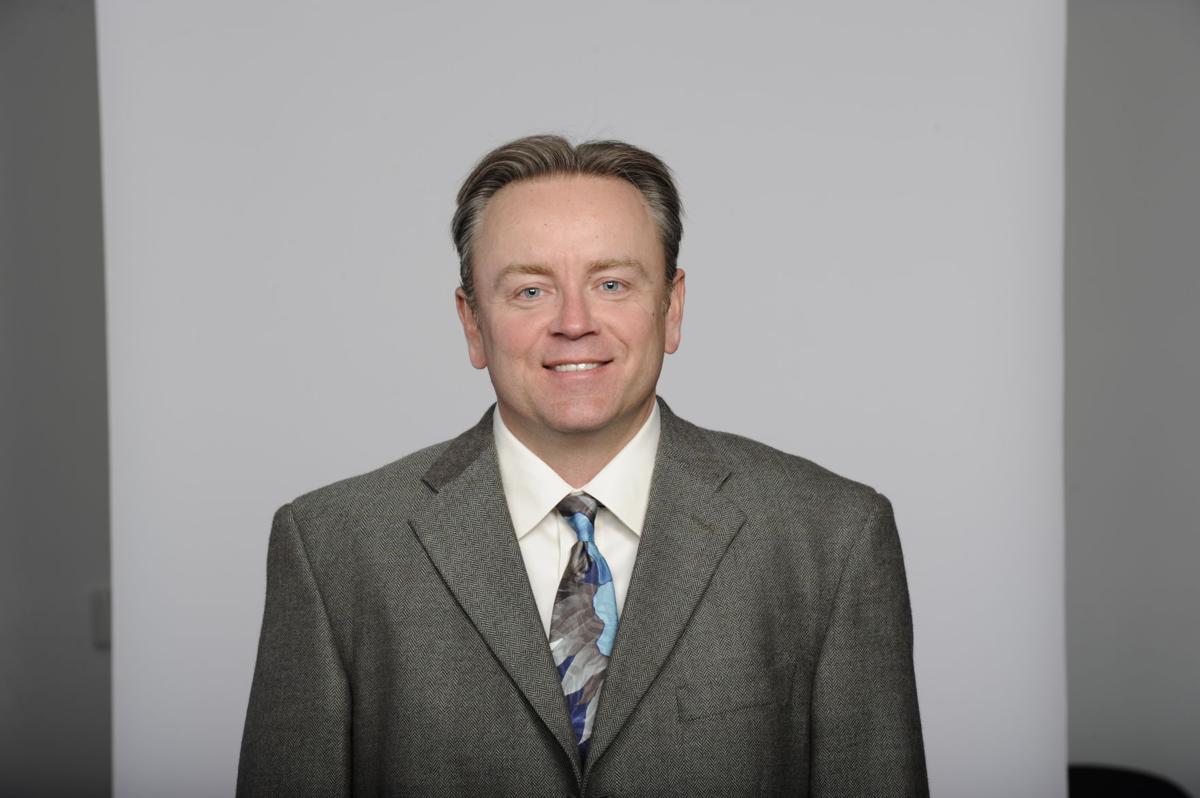 The key to the Broncos' draft is not John Elway.

Matt Russell? Solid second guess. But nope, and it's not Vic Fangio either. It's a guy who describes his own sports career like this: "Played tennis and was on the swim team in high school. Switched to street hockey in my 20s. Still hit tennis balls.”

Finally, a sports icon for the rest of us: Russ Trainor, Broncos senior vice president in information technology. He’s the IT guy, and this is his 2-minute drill, his Game 7, his moment to shine.

If the NFL draft goes off as scheduled in the thick of the coronavirus pandemic — April 23-25 — it's because the employees who get yelled at the most pulled it off. Seriously, when's the last time you called IT to say, Thanks, dude? Exactly. But that’s what Fangio told my guy Russ when he set up Coach Vic's two "loaded (with film, scouting reports, files)" iPads, laptop and television at Fangio’s house in Greenwood Village. It's what John Elway told Russ when he hooked up the president of football operations at Elway's home on the day UCHealth Training Center closed its doors, March 25.

The MVPs of Colorado’s shelter-in-place order? Those sweatpants your wife tried to toss five years ago and the IT specialist. The latter is the offensive lineman of a business operation, noticed only when something goes wrong. Not these days. Not during a pandemic. How about we send 'em a virtual elbow bump on Monday?

“We’re like those night creatures, coming in at all hours," Trainor says of his nine-person squad that’s going 24/7 as a "100-percent help desk.”

During normal business hours anywhere between 80-100 Broncos employees are connected to the team's virtual private network (VPN) from home. Next week the IT crew is on Zoom duty, training the 61-year-old Fangio and his coaching staff on the ins and outs of a web conference. Ray Jackson, director of player development, already has conducted a Zoom call with every player on the roster.

How long will the Broncos stick to business distancing? No one knows, but NFL teams are brainstorming contingency plans for the unprecedented. Who knows what the scheduled dates for voluntary minicamp (April 16-18), rookie minicamp (May 10-12) and OTAs (throughout May) will look like? The Broncos might have tight ends coach Wade Harman coaching up Noah Fant and Nick Vannett on a Zoom call, offensive coordinator Pat Shurmur guiding Drew Lock and Jeff Driskel through the new playbook in a WebEx meeting room.

“When our offices shut down, my mind immediately went to ‘Do I have enough gear?’” Trainor says.

Roughly 70 percent of the Broncos operation was "mobile-ready," meaning 30 percent needed the requisite laptops, iPads and the like.

“We have a huge wireless system at Mile High that we’re really proud of,” he says. “And we always say, 'It sure takes a lot of wires to run wireless.'"

Tech jokes are the new Dad jokes, and it's the techies holding our world together. What made me laugh with amazement is how a juggernaut operation like the NFL can even think about holding its draft while the main players — general managers, coaches, scouts, medical experts — are grounded at their respective homes. How crazy is technology?

“It would be a virtual war room,” Trainor says, acknowledging safety precautions would be No. 1 on the team's to-do list.

Fangio, for example, would operate from his basement in Greenwood Village. A few miles away in Cherry Hills, Elway would be in his home office. Fangio's draft-day set-up would include two iPads (one with scouting film, one with videoconferencing), laptop, smartphone, a TV — and a landline phone, Trainor says.

The Broncos aren't being afforded the info usually gleaned from (canceled) pro days, but neither are the Patriots, Chiefs or anyone else. It's a level playing field where good old-fashioned football scouting can win the day.

"It's more important what the tape is. That's what everybody says," Fangio says. "This will be the year that it's really put to the test."

Plus, imagine the number of American eyeballs on this NFL draft. Couldn't we all use something to root for? Somebody get Roger Goodell a bookcase to use as a backdrop. Everyone stay home, have Mel Kiper do his own hair, and let's go.

“My biggest concern — if that were to happen, and we’re all kind of evolving as this goes — would be making sure everybody’s internet is really good,” Trainor says. “The last thing you want is John Elway or Matt Russell glitching out.”

Not all sports heroes wear jerseys. Some rock HDMI cables. With the No. 15 pick in the NFL draft, the Denver Broncos select ... the IT staff.

For Colorado Avalanche, the 'What If' game is strongest | Paul Klee

The What If game is strongest with the Colorado  Avalanche — the Colorado team best equipped for a championship run, Paul Klee writes.