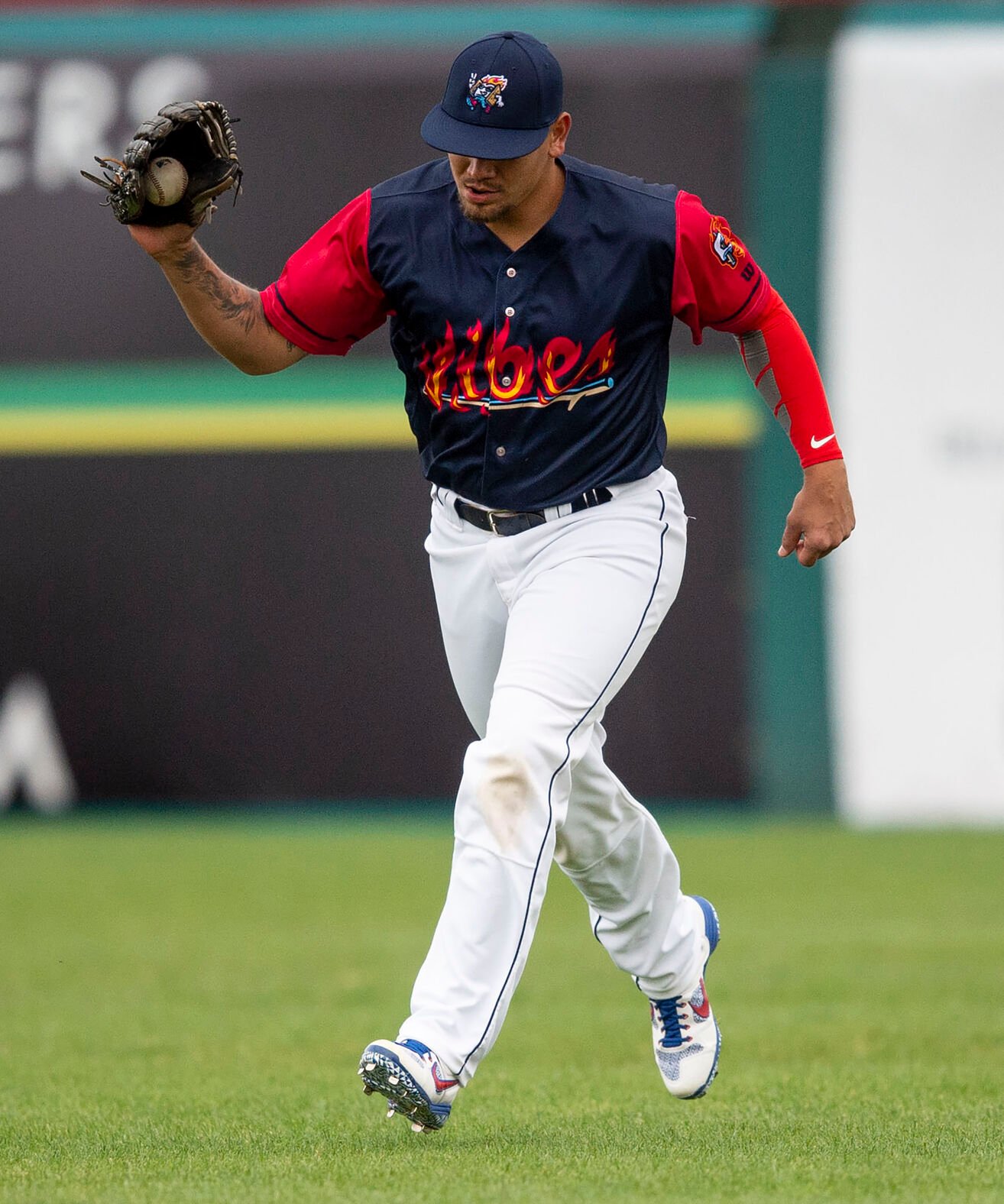 Vibes Alan Garcia (27) catches the ball in the outfield outing the Rockies during the Rocky Mountain Vibes home opener baseball game against Grand Junction Rockies at UCHealth Park in Colorado Springs on Saturday, May 22, 2021. (Chancey Bush/ The Gazette) 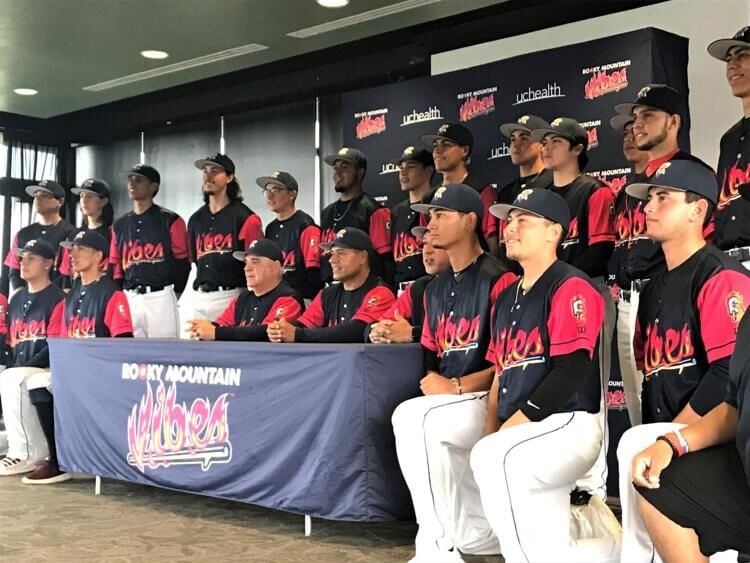 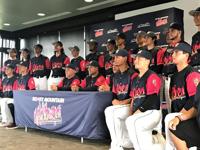 Vibes Alan Garcia (27) catches the ball in the outfield outing the Rockies during the Rocky Mountain Vibes home opener baseball game against Grand Junction Rockies at UCHealth Park in Colorado Springs on Saturday, May 22, 2021. (Chancey Bush/ The Gazette)

A new era of Rocky Mountain Vibes baseball was hatched Saturday night with the home season opener at UCHealth Park.

But with a twist.

The Mexican League’s Acereros de Monclova, or “Steelers of the North,” suited up in Vibes navy blue, red and white uniforms and hosted the Grand Junction Rockies. The Vibes won 2-0 in front of 3,454 fans in a relatively brisk two hours, 21 minutes.

The Acereros players in Vibes uniforms are the developmental team who hope to someday play with Colon and Co.

“Our guys are kind of the minor leaguers of the Mexican League and they are members of the Monclova organization,” said Vibes general manager Chris Jones.

The current Vibes team is comparable to the 2019 Vibes squad that was supplied lower-level organizational players by the Milwaukee Brewers who, at the time, were affiliated with the Vibes.

The Grand Junction Rockies are not affiliated with the major league team in Denver, but they are owned by the Rockies. The Pioneer League, of which the Vibes and Grand Junction teams are part of, is an independent league whose players are essentially free agents.

Pioneer League president Mike Shapiro and league vice president of baseball Henry Hunter were at the opener. Shapiro said the league, though completely independent, is operating with the same model as the former affiliated league that was in existence before Major League Baseball dissolved it prior to this season.

“The Pioneer League has an experience restriction,” Shapiro said. “You can only have three years or fewer pro experience. The Mexican League doesn’t count in terms of our experience.”

As for the game, the Vibes scored their runs in the bottom of the second inning. Barnes doubled in Olloque and Juan Barboza singled home Barnes.

Camacho toed the rubber to begin the game and worked a strong seven innings. He struck out four and walked two while allowing four hits. Of 99 pitches, 66 were for strikes.

Jaasiel Ochoa and Jhonatan Lopez each worked an inning of scoreless relief.

A fireworks show followed the game.

The Vibes were supposed to be managed by former major league player and current UCCS coach Dave Hajek. Jones said that several weeks ago Hajek informed him he decided not to pursue the Vibes opportunity.

The Vibes are managed by Matias Carrillo, who is employed by Monclova.

The last Vibes game before Saturday took place in Grand Junction on Sept. 7, 2019, to close out that season.

The Rocky Mountain Vibes’ eerie alter ego is taking the field for its first homestand.