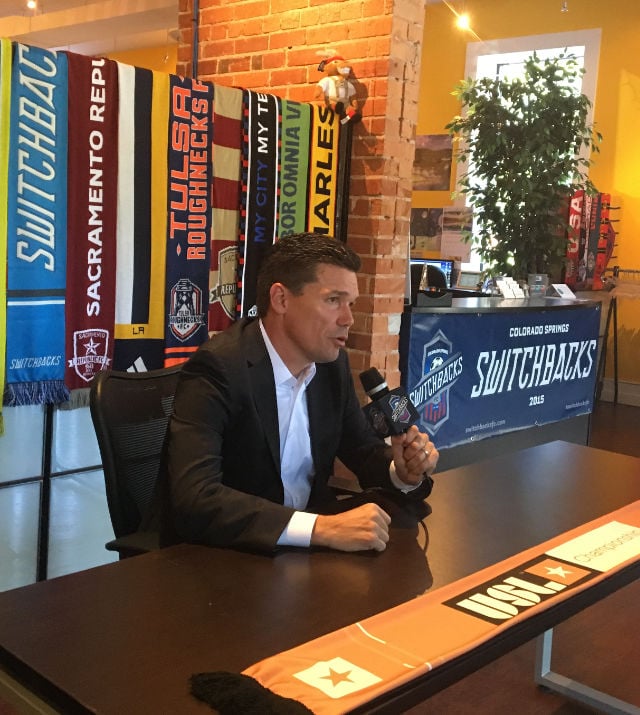 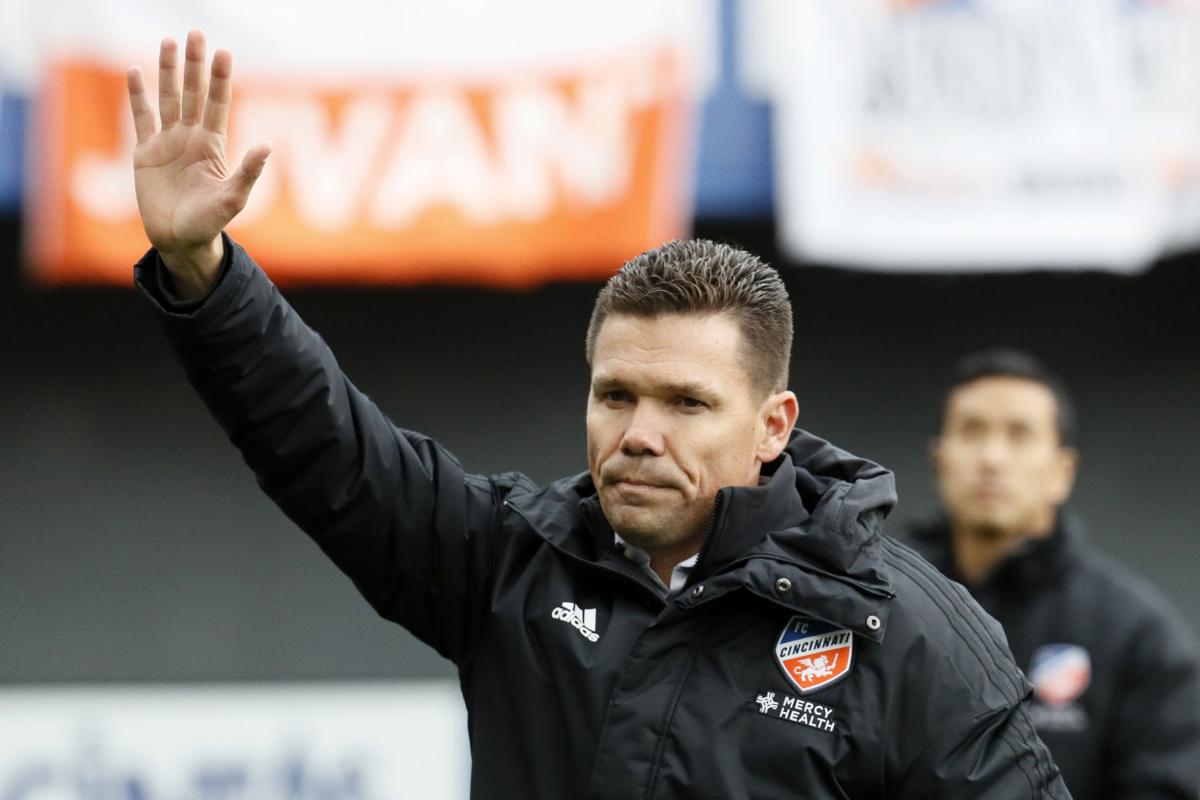 Former FC Cincinnati coach Alan Koch acknowledges the crowd March 17, 2019, before an MLS match against the Portland Timbers in Cincinnati. The Switchbacks hired Koch as their coach after Cincinnati fired him May 7.

Former FC Cincinnati coach Alan Koch acknowledges the crowd March 17, 2019, before an MLS match against the Portland Timbers in Cincinnati. The Switchbacks hired Koch as their coach after Cincinnati fired him May 7.

Alan Koch is already spending his Sundays like a Colorado Springs resident, albeit a new one.

After watching the Switchbacks win Saturday, the club’s new coach and his wife went hiking.

“Seven Falls,” Koch said Tuesday. “Is that very touristy? Did we do the touristy thing first?”

“When you pay to hike, that’s touristy,” Ragain quipped during an introductory press conference.

Tackling the Manitou Incline — Koch joked he’s shooting for former player Luke Vercollone’s sub-30-minute summit — and other hikes will wait, as the coach looks for a solution to the Switchbacks’ uphill battle.

“I think we can get ourselves back into the playoffs,” Koch said. “I think with a few minor little tweaks here and there, some adjustments and a good offseason in terms of preparation and the appropriate preseason, hopefully we can come out of the gates blazing next year.”

The preparation starts this week. Though he acknowledged that next year’s squad will feature new faces, he’s implementing his system as a way to determine who might be a good fit to stick around. He said he plans to use different lineups in the final two road games to give as many players as possible a chance.

“Obviously, we want to move forward in a positive direction,” Koch said. Hopefully, we can do that with several of the players that we have right now, but we definitely need some new blood, too.”

His preferred system is possession-based but not possession for possession’s sake.

“Possess it with a real reason as to why you’re trying to possess it and when you don’t have the ball, try to get the ball back as quickly as possible,” Koch said. “Up-tempo, high-pace, high-energy, a very exciting brand of soccer.”

Excitement has been in short supply lately at Weidner Field. The Switchbacks will fail to make the postseason for a third consecutive season. Koch has led Vancouver Whitecaps II and FC Cincinnati on playoff runs in the United Soccer League before Cincinnati moved up to Major League Soccer in 2019. Koch’s time in MLS was brief after a slow start, but his only firing in 19 years coaching wasn’t all negative.

If Koch, the 2018 USL Coach of the Year, can bring success to the Switchbacks, there should be no shortage of good times to be had.

“It’s not even a week yet, but we definitely feel settled, very happy here in Colorado Springs,” Koch said. “We managed to squeak in a hike Sunday afternoon for a few hours and truly embraced what I think is one of the best things in this city. We’re excited to be here. This is a very special place in the country, and it’s got some special people. Hopefully, we can have a lot of fun together.”

In the final game of the season, and the last under Wolde Harris' direction, the Switchbacks put together one of their more complete efforts of the season in a 2-0 win over LA Galaxy II at Weidner Field.