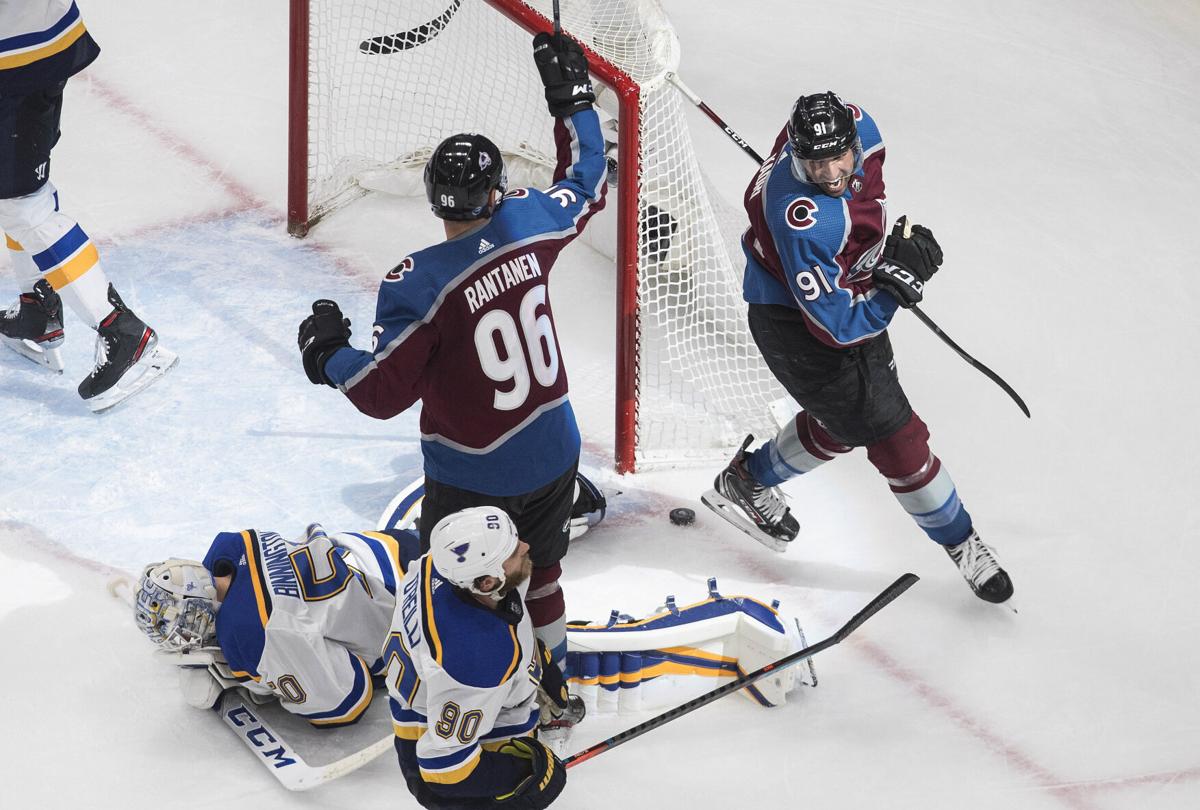 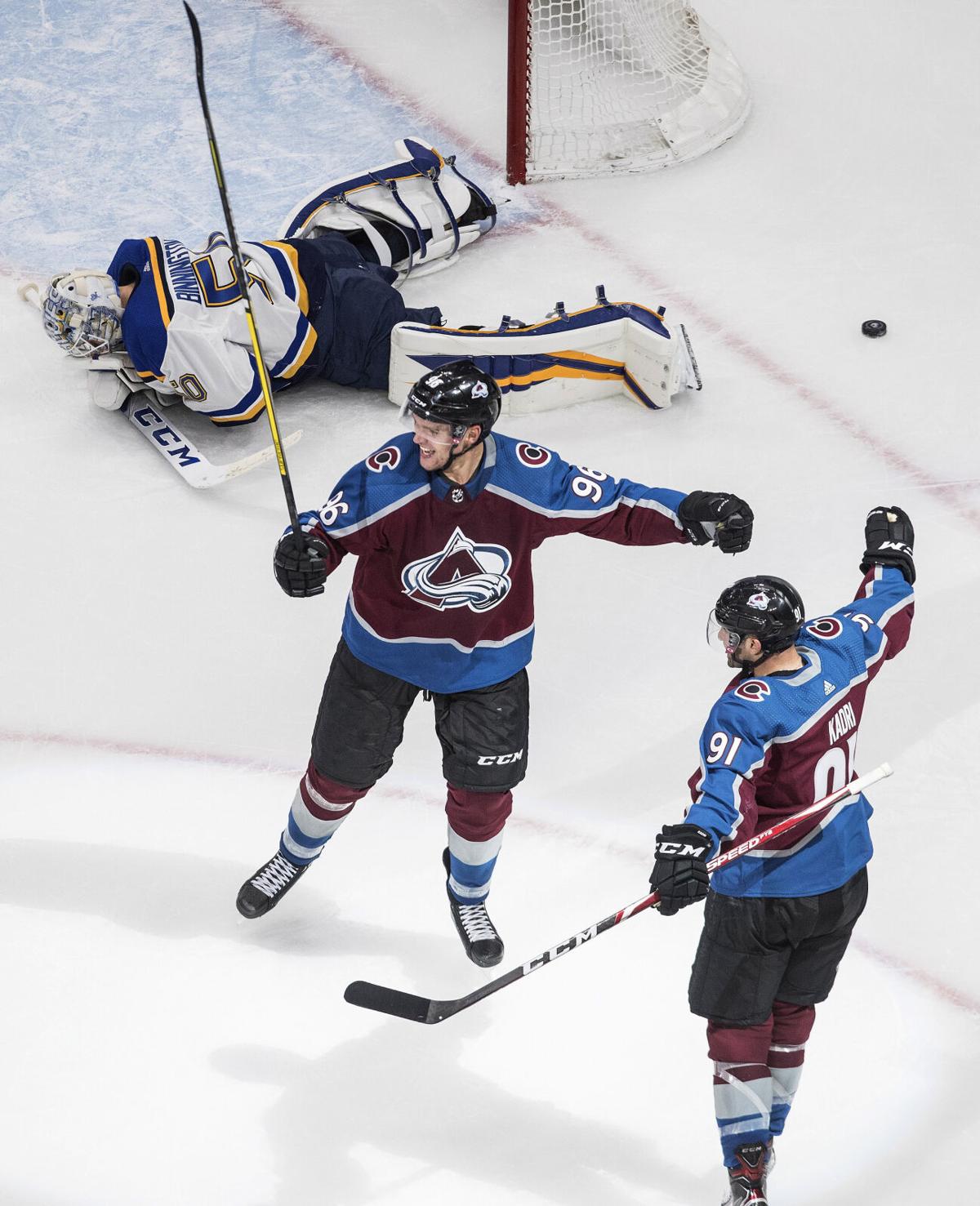 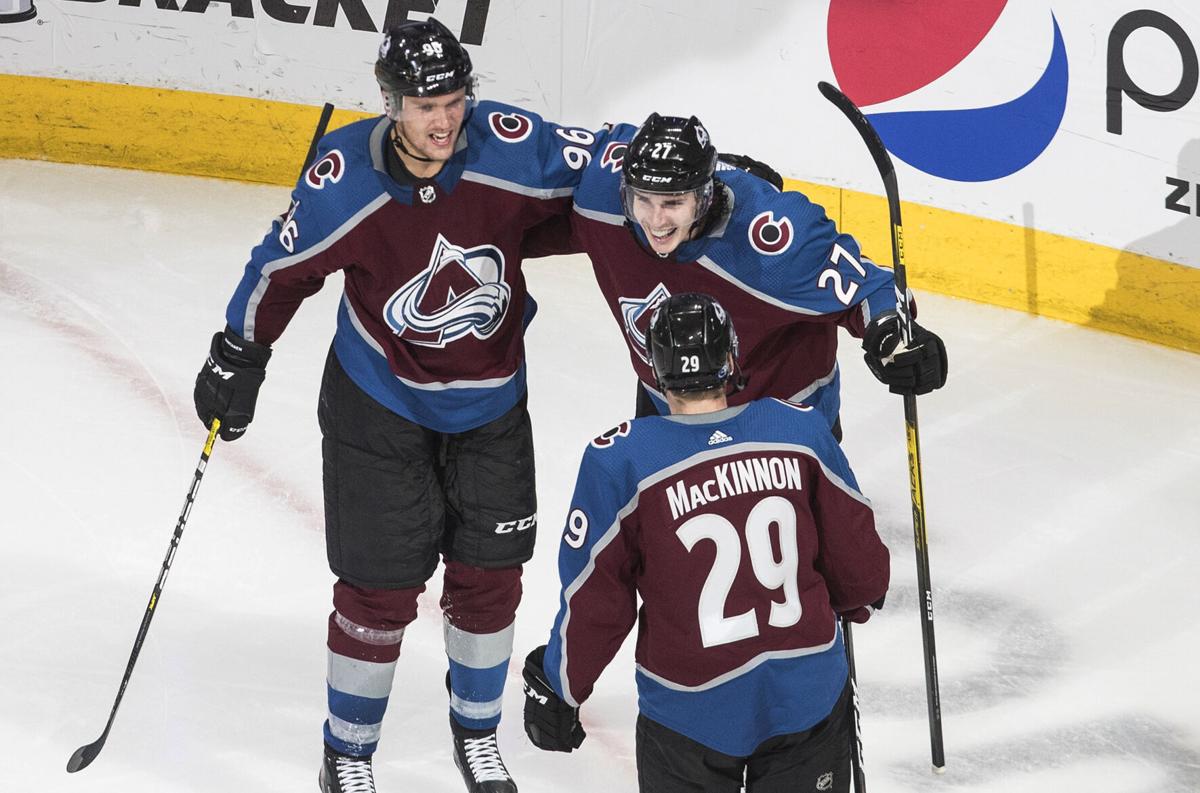 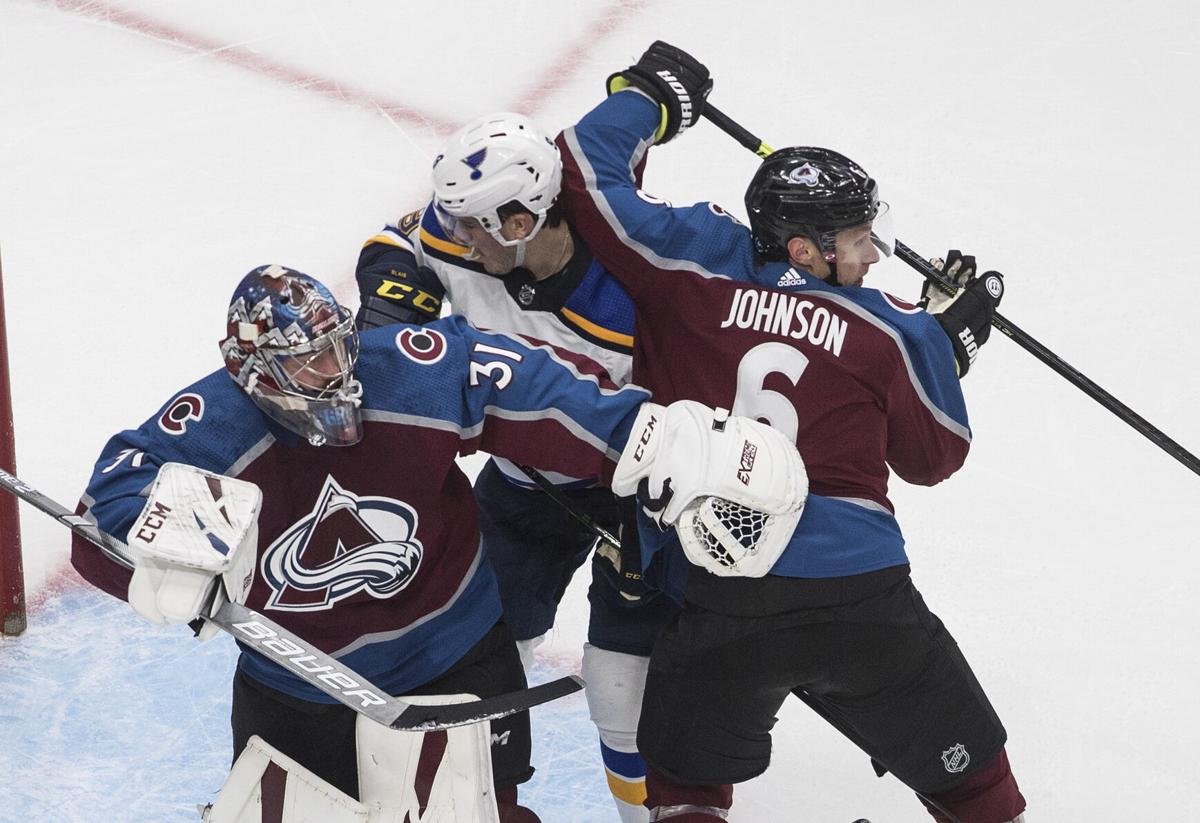 The Colorado Avalanche led the St. Louis Blues for less than 0.1 seconds and won.

Gabriel Landeskog sent the puck off the goal post on a late power play and Nazem Kadri batted in the rebound with zeros on the clock, triggering a celebration.

The teams then draped themselves along the benches as a long review took place. It looked promising from what the Avalanche saw on the jumbotron.

“A little bit worrisome when they took awhile with it,” defenseman Ryan Graves said.

It was determined the puck fully crossed the line in the final fraction of a second. With that, the Avalanche stole a 2-1 round-robin regulation victory Sunday at Rogers Arena in Edmonton, Alberta.

Colorado tied it earlier in an eventful third period. With his team long stuck in a 1-0 hole, Graves turned his flub into a smooth move.

A whiffed shot on the other end led to a 3-on-2. Graves went to pass to Mikko Rantanen but fumbled the puck as well, collected it and took the shot. His bid sailed past Jordan Binnington to get the Avalanche on the board 5:33 into the third.

“Sometimes things just work out for you,” said Graves, who made his Stanley Cup playoff debut. Rantanen picked up the only assist.

David Perron one-timed a pass from Brayden Schenn to open the scoring. Perron beat Philipp Grubauer from the faceoff dot on the power play. The Avalanche dominated the first period otherwise, outshooting the Blues 16-4.

Coach Jared Bednar called the shot “perfect” and praised Grubauer’s performance. Grubauer is expected to share the net with Pavel Francouz in the round robin as they did during the regular season.

Grubauer steadied the Avalanche on a late penalty kill. He was left to face a spinning shot right in front of the net from Colorado College alum Jaden Schwartz. Then he dove and made several saves as the seconds ticked down.

Bednar mentioned twice that there were “a handful” of individuals whose games he didn’t like, but said the team as a whole took a “big step forward” after its exhibition win against the Minnesota Wild.

While seeds 5-12 battle it out to get through the qualifying round, the round robin features the top four finishers in the regular season from each conference. They face each other once to determine seeding. The Avalanche will face the Dallas Stars on Wednesday and the Vegas Golden Knights on Saturday.

They’re not elimination games, but clearly Sunday’s action stretched to the final buzzer.

“The intensity needs to be there,” Grubauer said. “We can’t just flip the switch on when it comes to crunch time.”

Note: Tyson Jost assumed Matt Nieto’s spot on the fourth line. Nieto appeared in all 70 regular-season games for the Avalanche, recording eight goals and 13 assists. Bednar said Jost was rewarded for a “really strong camp,” but didn’t “want to make it sound like (Nieto’s) play was poor ... it wasn’t.”

Avalanche, Blues size each other up before Sunday game in Edmonton

Stakes are strange as Colorado Avalanche try to utilize round robin

While 16 teams begin battling for their playoff existence Saturday, the Colorado Avalanche get to enjoy the rewards of a regular season well p…