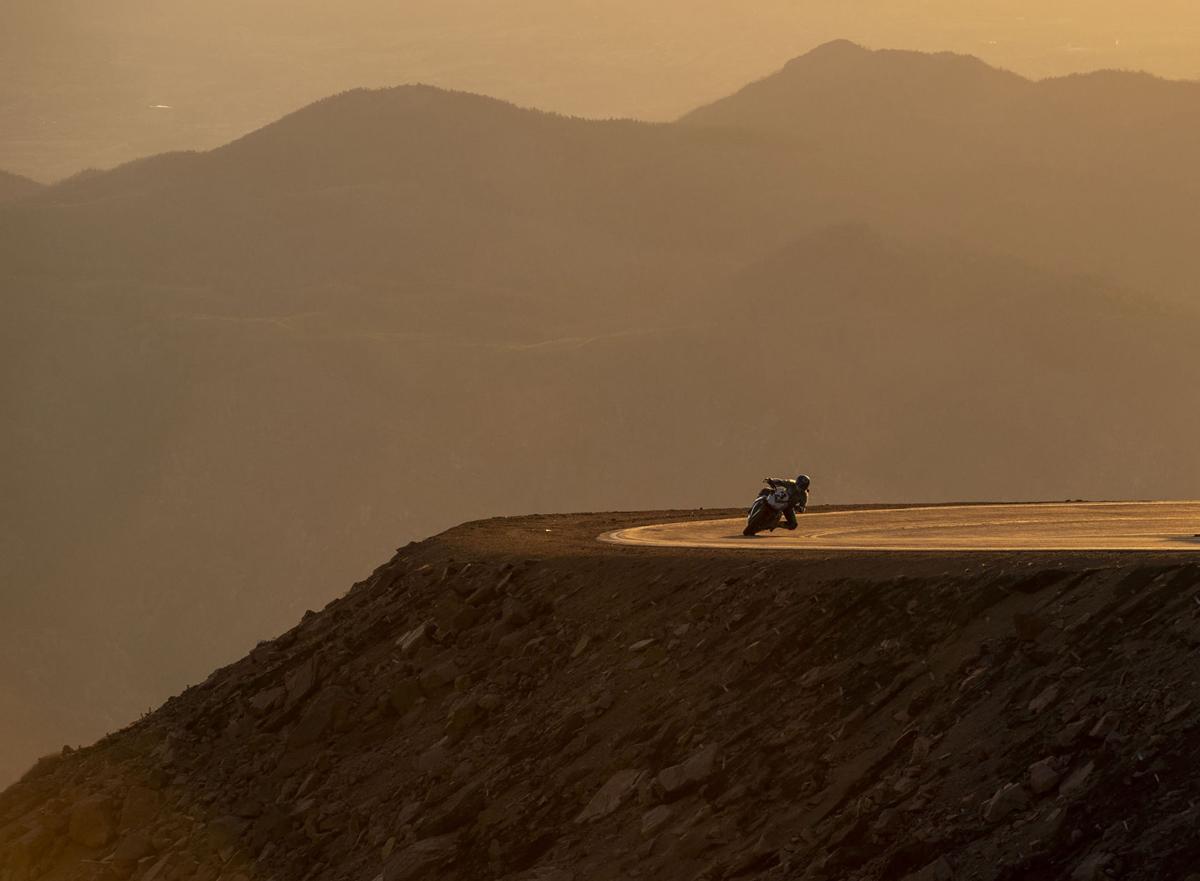 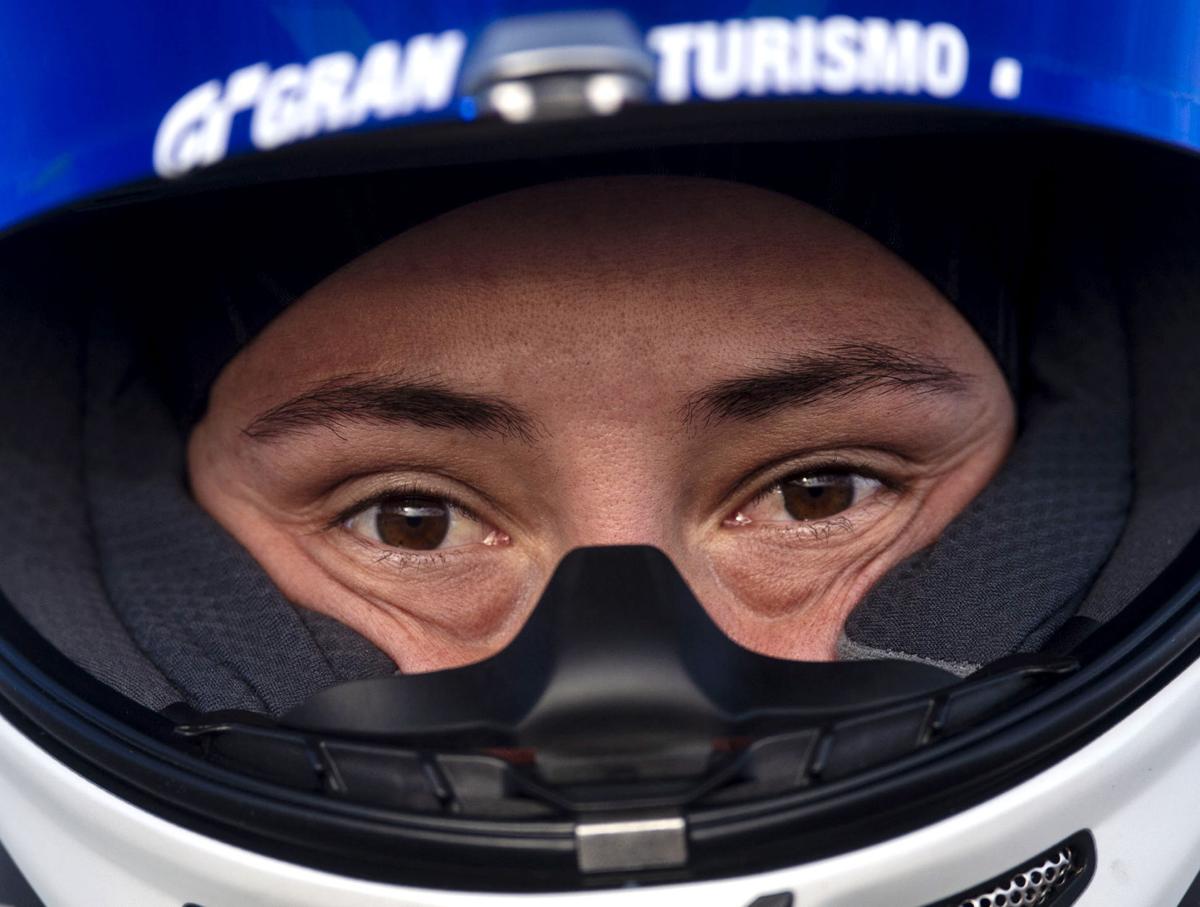 Lucy Glöckner prepares to make another practice run on her 2019 BMW S 1000 R in the Pikes Peak Heavyweight division during practice Wednesday for The Broadmoor Pikes Peak International Hill Climb near Devil’s Playground on Pikes Peak. 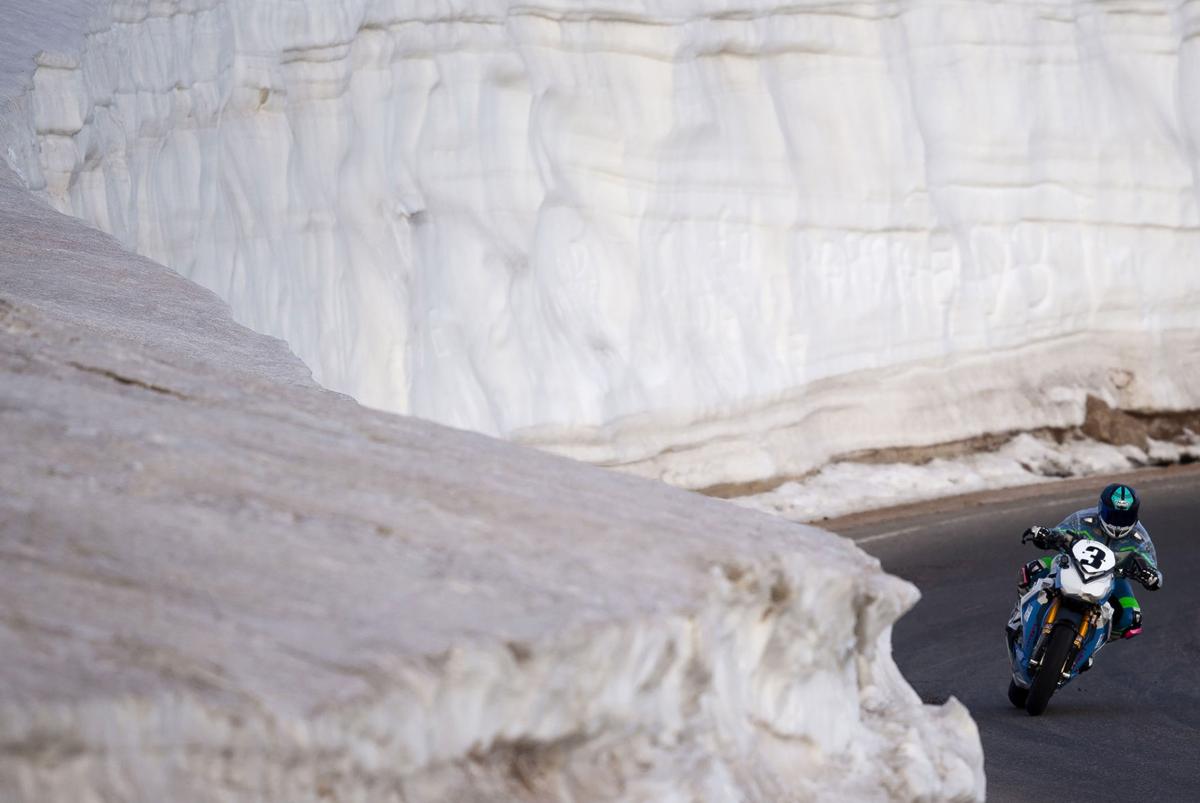 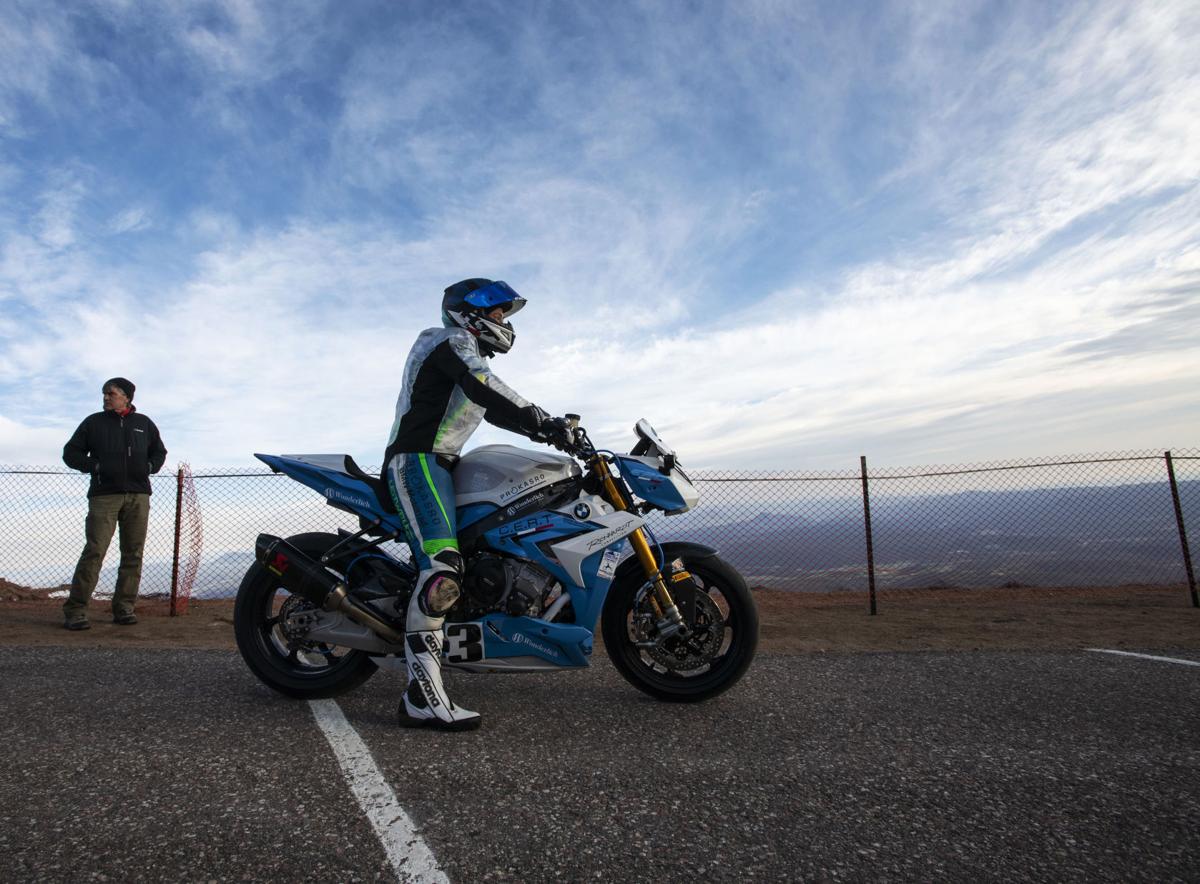 Lucy Glöckner prepares for a practice run on her 2019 BMW S 1000 R in the Pikes Peak Heavyweight division Wednesday during the second day of practice for The Broadmoor Pikes Peak International Hill Climb near Devil’s Playground.

Lucy Glöckner prepares to make another practice run on her 2019 BMW S 1000 R in the Pikes Peak Heavyweight division during practice Wednesday for The Broadmoor Pikes Peak International Hill Climb near Devil’s Playground on Pikes Peak.

Lucy Glöckner prepares for a practice run on her 2019 BMW S 1000 R in the Pikes Peak Heavyweight division Wednesday during the second day of practice for The Broadmoor Pikes Peak International Hill Climb near Devil’s Playground.

The native of Krumhermersdorf, Germany, is the only woman participating in The Broadmoor Pikes Peak International Hill Climb, and it’s the second straight year that she is in a category of her own.

Glöckner isn’t just the only woman to ride a motorcycle; she’s the only woman in the entire event. After a year where Glöckner took fifth in the Heavyweight division as a Pikes Peak rookie in 2018, she returns with a newfound understanding for the track.

“Last year, I had some mistakes,” Glöckner said. “This year, I’ll try to drive perfect to the top of the mountain.”

She finished behind Carlin Dunne, Rennie Scaysbrook, Codie Vahsholtz and Thilo Gunther with a time of 10:21.923 on her 2015 BMW S1000R. Not only is Glöckner aiming for an improved time, she is also looking to crack the 10-minute mark and knock out her competition.

Dunne and Scaysbrook were the only heavyweight drivers to break 10 minutes at 9:59 and 9:59.794, respectively. Glöckner is driving a pristine 2019 BMW S1000R, a step up from her motorcycle last time.

Glöckner, 28, has been riding BMW motorcycles for a long time, and the S1000R gives her plenty of manageability and horsepower to help with the 156 turns over 12.42 miles that reaches 14,115 feet above sea level at the top of Pikes Peak.

“Wrestling a big bike, a lot of women usually struggle with that,” Scaysbrook said. “Lucy has proved many times that you just have to approach it the right way.

“She’s extremely fast and quite regularly kicks the ass of much more experienced guys.”

There’s one other thing. Glöckner actually has a chance to win the event, especially if she can break the 10-minute mark.

No woman has walked away victorious at the Pikes Peak Hill Climb on a motorcycle, and Glöckner will have that in the back of her mind Sunday.

“I think it’s too dangerous, and it scares women to participate in the race,” she said. “It would be a dream to win.”

Where are all the women?

There are 86 participants in cars (59 drivers) and motorcycles (27 drivers), and Glöckner is one of a kind.

Imagine being twice as special as the only woman and an outstanding driver — that’s Glöckner, a ride-or-die racer on the road.

Even though she’s the only female driver, Glöckner said her competitors, like Scaysbrook and Vahsholtz, always treat her with respect. She’s a racer, first and foremost.

“I’m not going to look at her any different than anyone else,” Scaysbrook said. “She’s got a big-time chance of winning the thing, especially now that she has a year under her belt.”

Scaysbrook, an Australian, originally heard of Glöckner a few years ago through the German circuit from his close friend and former racer, Damian Cudlin. He finally got to meet her at the 2018 Race to the Clouds and was thoroughly impressed with her approach and time as a rookie.

He expects more of the same this time around. If the weather is plausible, Scaysbrook said he has “no doubt” Glöckner will go under 10 minutes, and he thinks someone could break Chris Fillmore’s record of 9:49.625 set in 2017.

“She’s an exceptional rider,” Scaysbrook said. “There’s no reason this year can’t be the fastest ever. Lucy’s a professional motorcycle racer, so she obviously has the extra mindset to adjust and know the track.”

In order to continue bringing diversity to a sport that is male-dominated, Glöckner wants women to reconsider coming to Pikes Peak. She desires a female presence at the race recognized worldwide.

“There were no prejudices,” Glöckner said of her time last year. “Why not more women in the future? There are many fast women worldwide. I would like it.”

Glöckner has applied pressure to herself for the past few months. She’s worked around the clock, training on her PlayStation simulation of the race, in search of a time under 10 minutes. She might do it. She might not.

It will only be clear come race day, a morning that is consumed by nervousness and adrenaline. Since Pikes Peak is the most intense track Glöckner said she’s ever driven, her first goal is to make it to the top. Death, serious injury and technical problems are all situations that could halt her from making it to the summit.

“I had a lot of fun, and it was amazing to arrive on the top of the mountain,” Glöckner said. “That was an incredible feeling and probably the craziest race I have ever driven.”

The 97th “Race to the Clouds” this Sunday starts with a kickoff celebration before drivers speed to the summit.