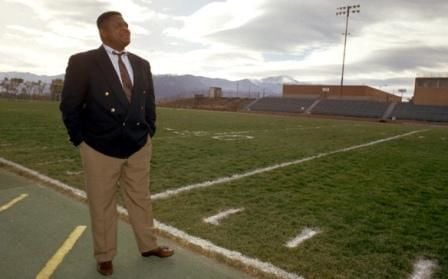 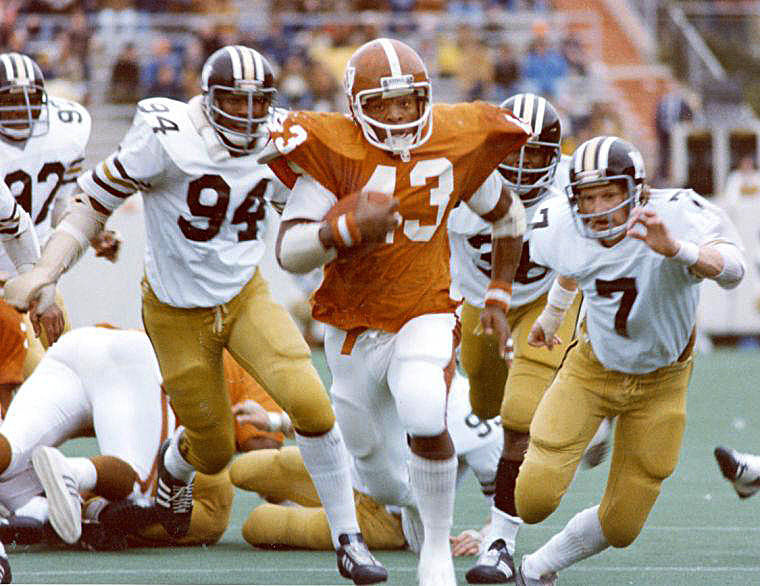 A two-time All-America running back, Mitchell grad Terry Miller came in second for the Heisman behind Texas tailback Earl Campbell. Miller rushed for 1,680 yards and 14 touchdowns in his senior season. 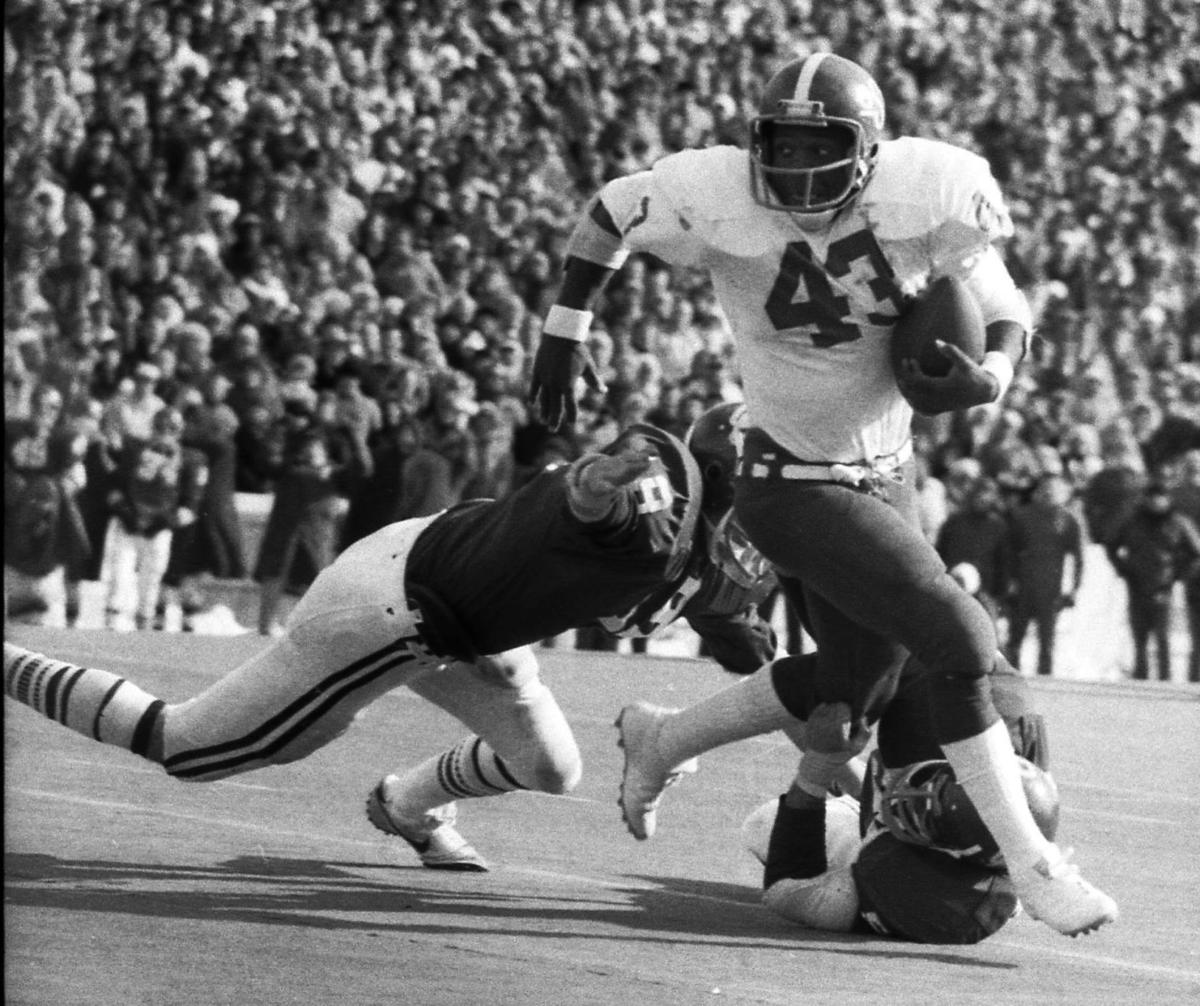 Oklahoma State’s Terry Miller, a Mitchell grad, looks for running room during the Nov. 30, 1974, game between

. Miller was named to the Colorado Sports Hall of Fame.

A two-time All-America running back, Mitchell grad Terry Miller came in second for the Heisman behind Texas tailback Earl Campbell. Miller rushed for 1,680 yards and 14 touchdowns in his senior season.

Oklahoma State’s Terry Miller, a Mitchell grad, looks for running room during the Nov. 30, 1974, game between

. Miller was named to the Colorado Sports Hall of Fame.

Terry Miller will be a member of the 2020 Class of the Colorado Sports Hall of Fame, home of our state’s ultimate sport heroes: John Elway, David Thompson, Missy Franklin.

However, Miller, a 1974 Mitchell High grad, is not in the Colorado Springs Sports Hall of Fame — even though he’s the greatest athlete to compete for a Springs-area high school. He finished second in 1977 Heisman Trophy voting. He was the fifth pick in the 1978 NFL draft.

The 2019 Springs Hall of Fame class will be honored next week. A year from this month, I’m hoping the Springs hall will correct its gravest error and welcome Miller as a member of the Class of 2020. It’s absurd — it really is— to walk through The Broadmoor World Arena and pass Peggy Fleming, Goose Gossage and Cullen Bryant on the hall’s wall of honor and not see Miller alongside them.

Let’s be clear: Miller is a complicated candidate. He was a superlative football player and a solid student at Mitchell and Oklahoma State, but lost his way after injuries ended his football career. He declared bankruptcy in 1983 after a series of shadowy financial deals, and he pleaded guilty in 1999 to defrauding a bank of $173,000 and spent two years in the Oklahoma State Reformatory.

Here’s the question to consider, especially if you’re on the Springs Hall of Fame selection committee:

Do you believe in redemption?

My answer is yes. I believe everyone’s answer should be yes. An athlete is not forever marked by past failure. It’s been nearly 20 years since Miller departed prison.

And please remember, the Springs sports hall exists primarily to recognize athletic accomplishment, preferably accomplishment on the field, not at an office desk. Springs selection voters have passed moral judgment on Miller for too long. It’s time to honor his touchdowns and victories.

In 2006, the Oklahoma State Hall of Fame finally welcomed Miller. He’s spent much of his life near Oklahoma State’s Stillwater campus. Residents there know the glories and horrors of his past and they know the quiet life he leads in the present.

Voters for the Oklahoma State hall deemed him worthy. So did, on Tuesday, voters for Colorado’s hall.

In 2011, I spoke with Jim Hartman, who coached Miller at Mitchell. As a senior, Mitchell collected 2,785 yards, 37 touchdowns and 224 points for the Marauders’ 1973 state runner-up team. He twice won the state’s 100-yard dash and started at guard for Mitchell’s 1973 state basketball champs.

At Oklahoma State, Miller gained 3,221 yards in his final two seasons and added 1,075 yards as a rookie with the Buffalo Bills before injuries toppled him.

But Hartman spoke more of the person than the athlete.

“It was like the movies,” Hartman said. “You’d see him in the halls with this erect posture, his shoulders back, head up, and big grin on his face. He just glowed and he had such confidence and he was so friendly. It wasn’t like he was an elitist.”

Hartman was elected to the Springs hall in 2009. He wanted Miller to join him. Yes, his friend made grave mistakes, but it was time to finally open the doors.

“I think he’s paid his dues to society. He was incarcerated,” Hartman said. “I hate to see him overlooked.”

On Tuesday morning at Mile High Stadium, I presented Miller’s case to the selection committee. Before the presentation, I was nervous, and with good reason. When I sat down, the voter next to me knew I would be arguing for Miller.

“Did you talk to his parole officer?” the voter asked.

In the presentation, I talked of Miller’s touchdowns and of his legal troubles. I also talked of the value of redemption. A few minutes later, Miller was given his just due and his just forgiveness. He’ll be honored in April at a big dinner.

My hope is Springs sports hall voters recognize their mistake and embrace Miller with induction into the Class of 2020.

Have the voters waited far too long to offer this embrace? Sure, they have.

But it’s not too late to right a wrong.