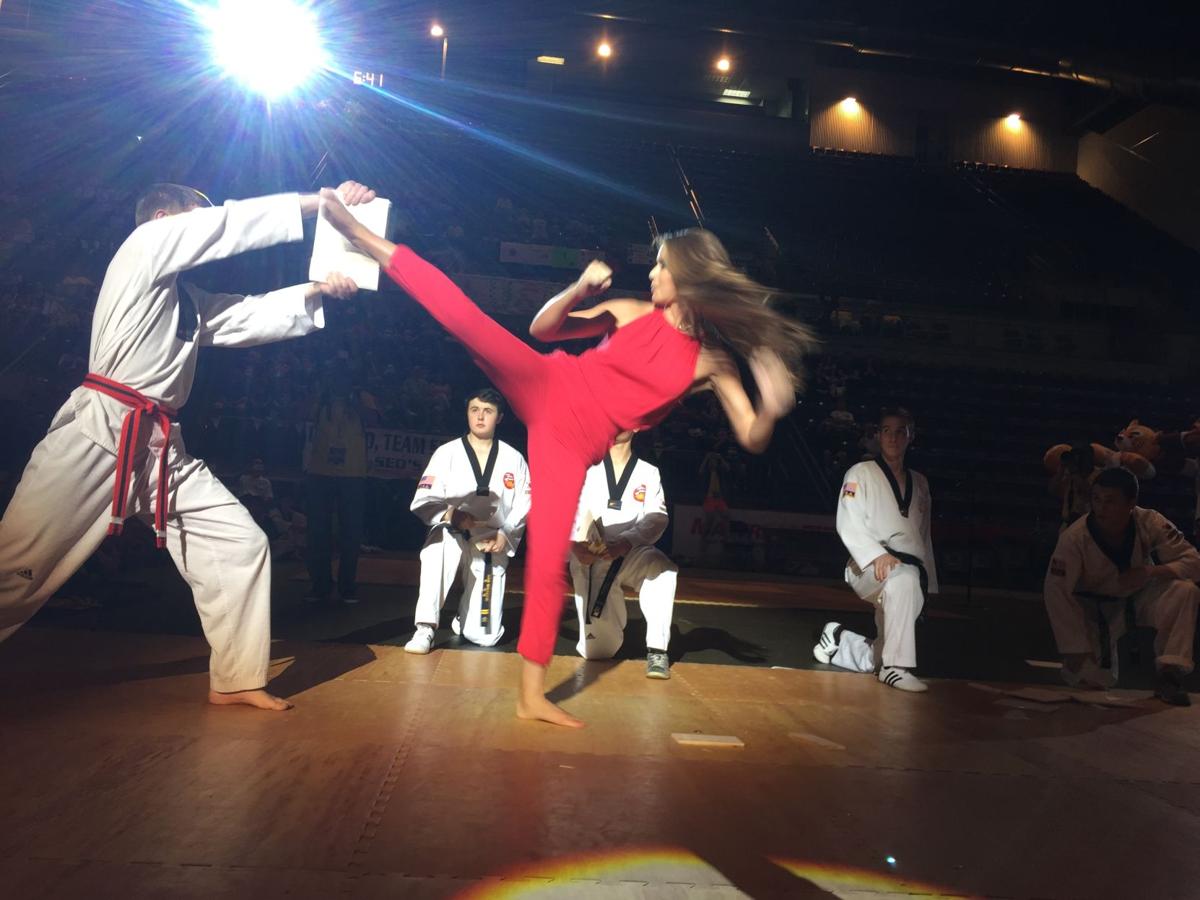 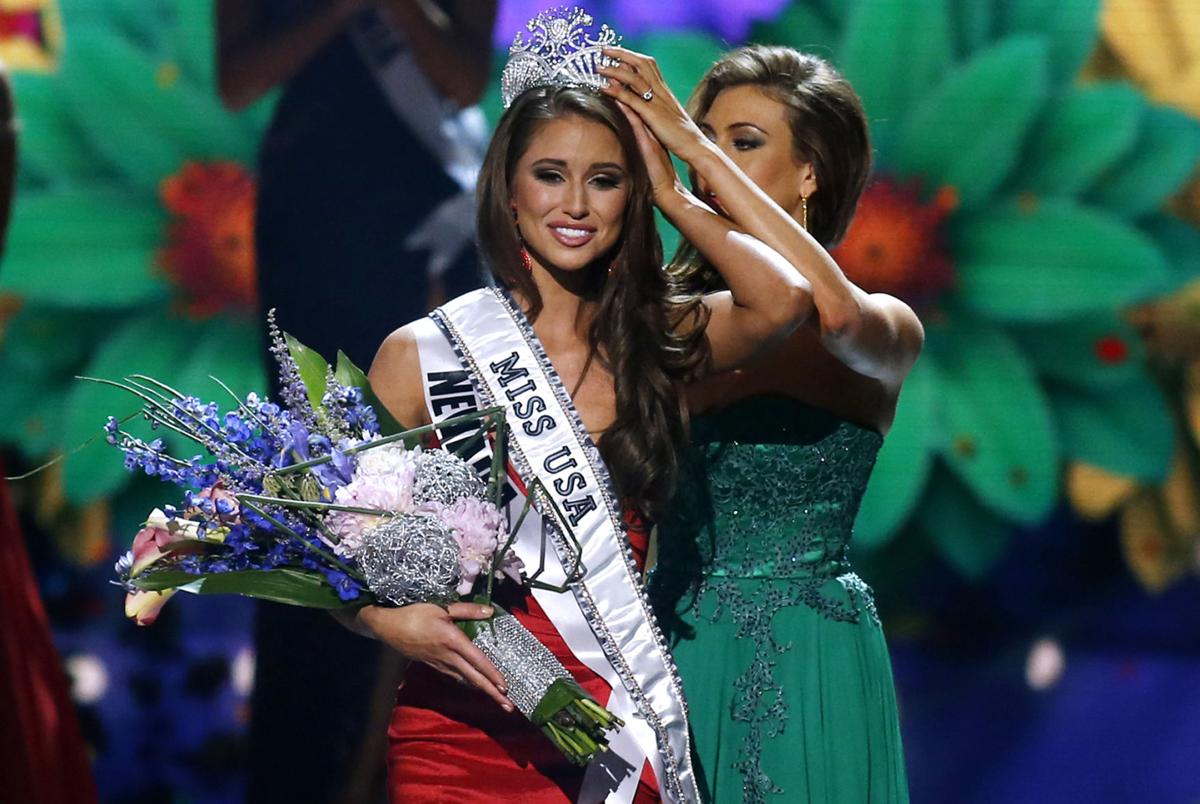 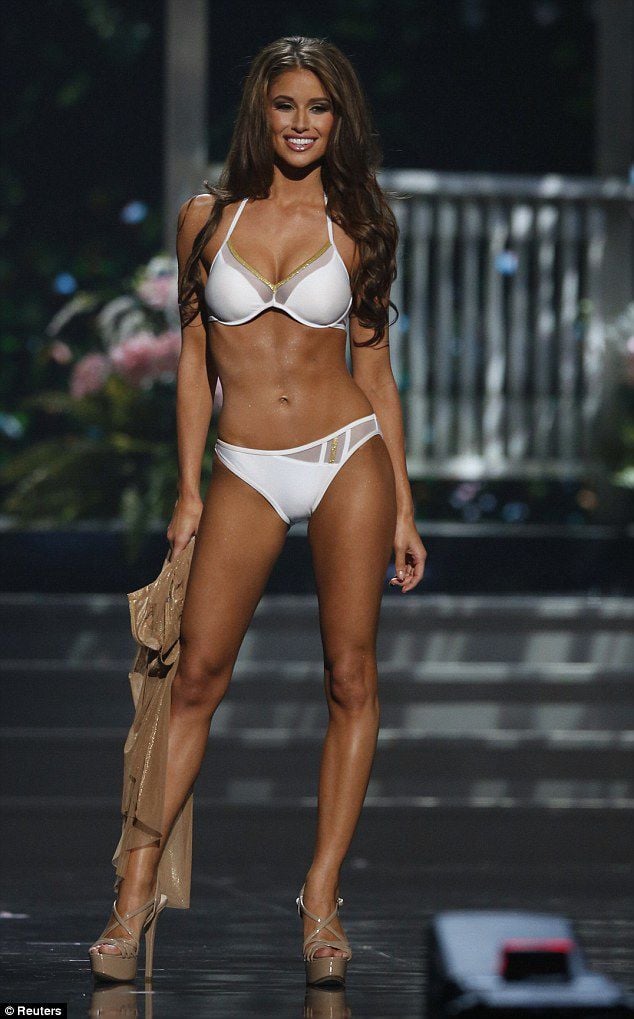 Before anything broke, Nia Sanchez removed her leopard print heels. Her Miss USA sash, too.

Then, in a red jumpsuit with The Broadmoor World Arena spotlight shining on her, she went to work. She offered a flurry of kicks. She broke five wooden boards with one kick. Three with another. When she was done her final tally was 14. Not bad for someone who hasn't practiced Taekwondo consistently in five years.

Some of it is muscle memory for Sanchez, the 25-year-old Miss USA who was a guest Friday at the opening ceremonies of the U.S. Open Taekwondo Hanmadang.

When she returned to the stage after breaking the boards - with her heels and sash back on - she received an honorary fifth-degree black belt.

She can't remember when she received her first black belt.

She began Taekwondo at 8, when she moved cities. She didn't know any other kids at the time, and her father thought the sport would socialize her and teach her discipline.

At first she hated it. But she said after she completed her first competition she got "hooked."

"I was dragging him there six days a week," she said, pointing out the gym closed on Sundays.

Sanchez said she liked Taekwondo competitions for the same reasons she likes pageants: she enjoys the preparation. And were it not for Taekwondo, she said, she doesn't think she'd have enjoyed as much pageant success as she did, finishing first runner-up in Miss Universe after winning Miss USA.

She said she learned to persevere after participating in her first international-level competition. She'd been dominating the local level but got only a spirit award at the bigger competition. The next year, she said, she returned and won first in every event she competed in.

Sanchez said being a taekwondo instructor as a teenager also helped her develop public speaking skills.

She arrived in town Thursday and met Grandmaster Sang Lee, the competition's founder and the 1988 U.S. Taekwondo Olympic coach, before Friday's ceremonies. Lee said it was "very meaningful" to have a public figure like Sanchez be accomplished in taekwondo. She struck him as humble and respectful.

Sanchez didn't know what to do after she bowed to Lee. She said she was "starstruck."

"I see celebrities all the time," Sanchez said. "And I meet a grandmaster and I'm like, 'Uh, no words.'"

She knew just what to say after she stepped down from the arena stage and made her way to a seat. She greeted a child, and then she met a pair of teenage boys, who presented her with lei necklaces.

The event Friday is her last as Miss USA, she said. She relinquishes the title July 12, when the next Miss USA will be crowned.

"I've done so much stuff all year long, but to end my year with taekwondo? Something I'm so passionate about? I love it."