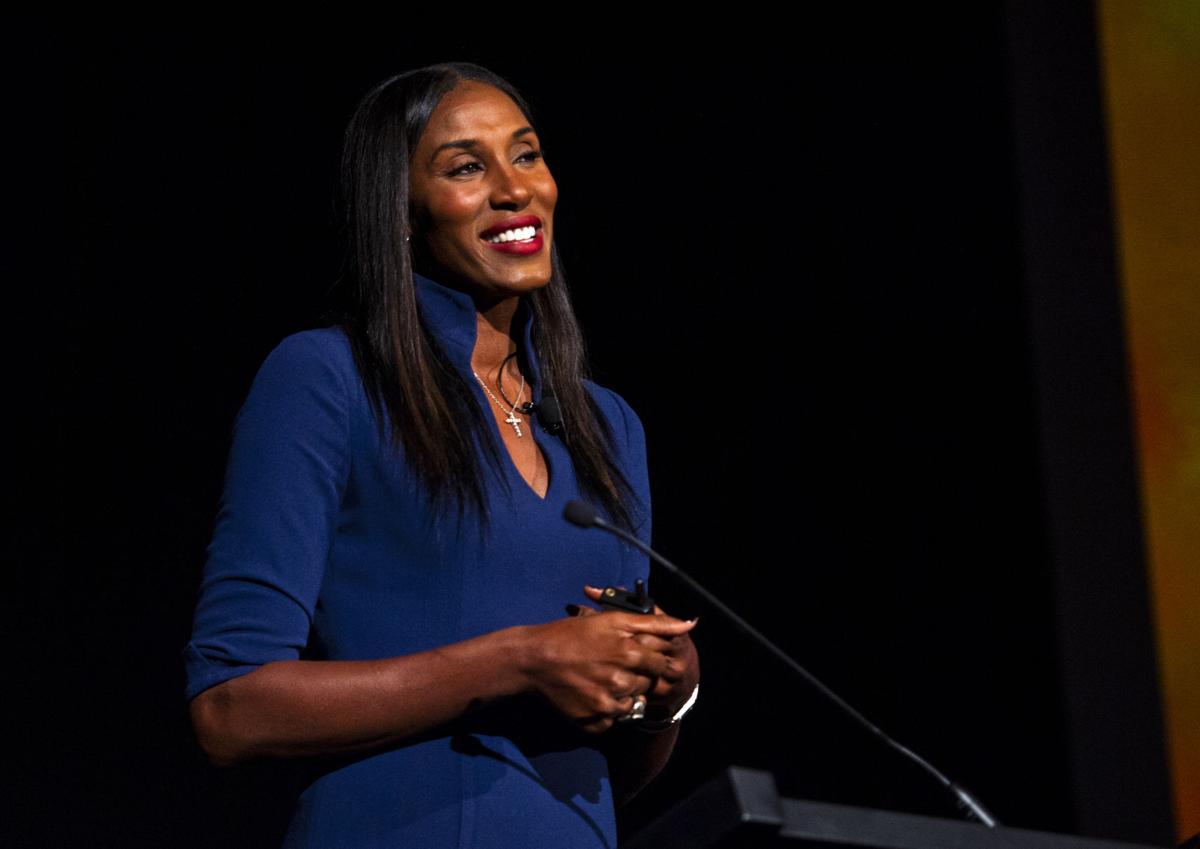 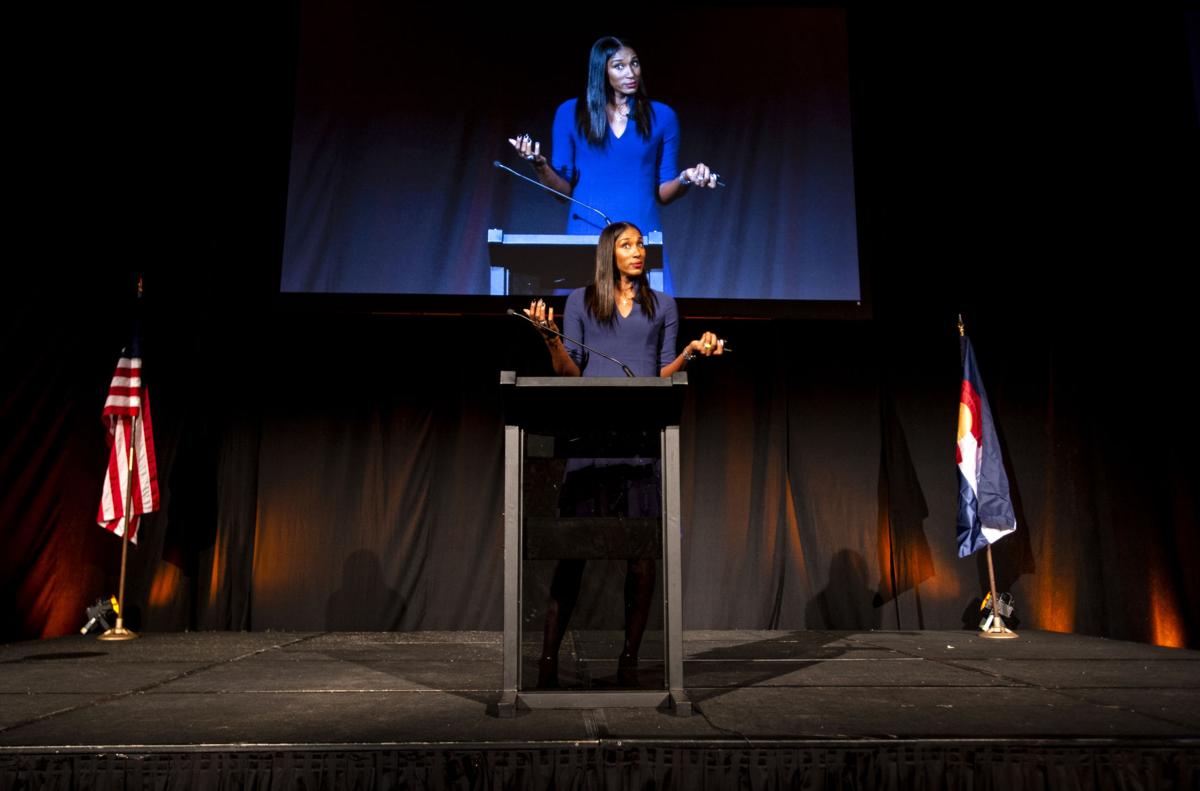 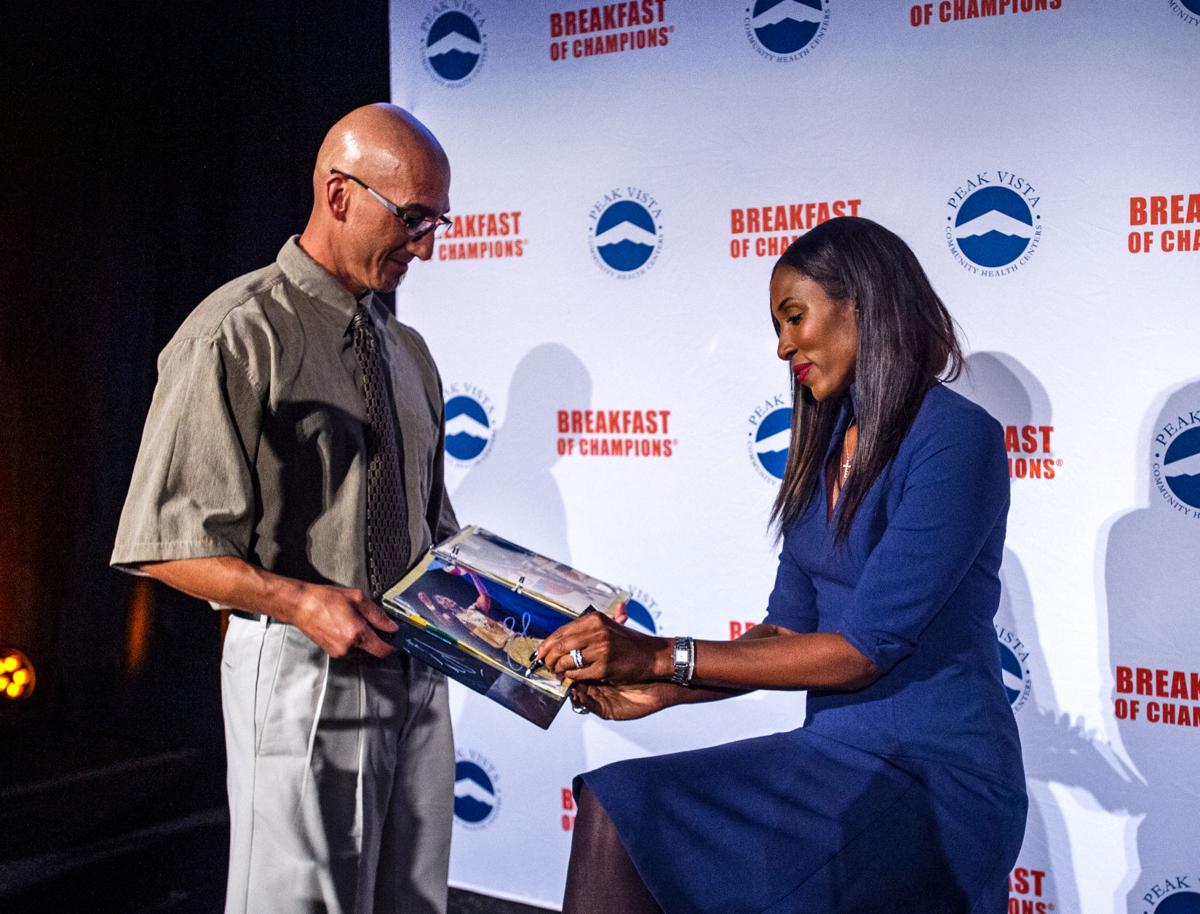 Lisa Leslie autographs a photo for a fan at Peak Vista’s 15th annual Breakfast of Champions on Thursday. Leslie, a four-time Olympic gold medalist and three-time WNBA MVP, was this year’s keynote speaker at the fundraising event.

Lisa Leslie autographs a photo for a fan at Peak Vista’s 15th annual Breakfast of Champions on Thursday. Leslie, a four-time Olympic gold medalist and three-time WNBA MVP, was this year’s keynote speaker at the fundraising event.

After retiring, she earned her masters in business. She’s a broadcaster, public speaker, and according to her Twitter profile, a luxury realtor. This summer she was the B1G 3’s Coach of the Year.

She has even more goals, and as the three-time WNBA MVP said, it’s all worked for her so far.

“You can’t really tell your kids that and tell people that and not do it yourself.”

Leslie was in the Springs on Thursday as the keynote speaker for Peak Vista’s Breakfast of Champions event. She’ll be back Nov. 1 as she becomes just the second women’s basketball player in the U.S. Olympic & Paralympic Hall of Fame, joining former teammate Teresa Edwards.

“I’m a little disappointed team the isn’t there,” Leslie said. “I’m very thankful to represent our team. I wouldn’t be there, obviously, without all my great teammates.”

The California native said her first time on a plane was a trip to Colorado Springs, and it was turbulent and “awful.” But it afforded her the opportunity to meet Olympians and travel to Spain with the junior national team.

She returned every year until she retired.

"I always would fly in early to train because the altitude is a very big help for us to be at our best.”

The 1996 games in Atlanta kicked off her unprecedented run. Under Tara VanDerveer, the U.S. went 8-0 and eased to an 111-87 win over Brazil in the final. Feeding off that momentum, the WNBA launched a year later.

“It all worked out for me,” Leslie said. “I loved playing for Tara and I loved the intelligence and intellect she brought to the table.”

Her international play - “truly the highlight of my career” - is part of a storied career that’s still going in many different directions.