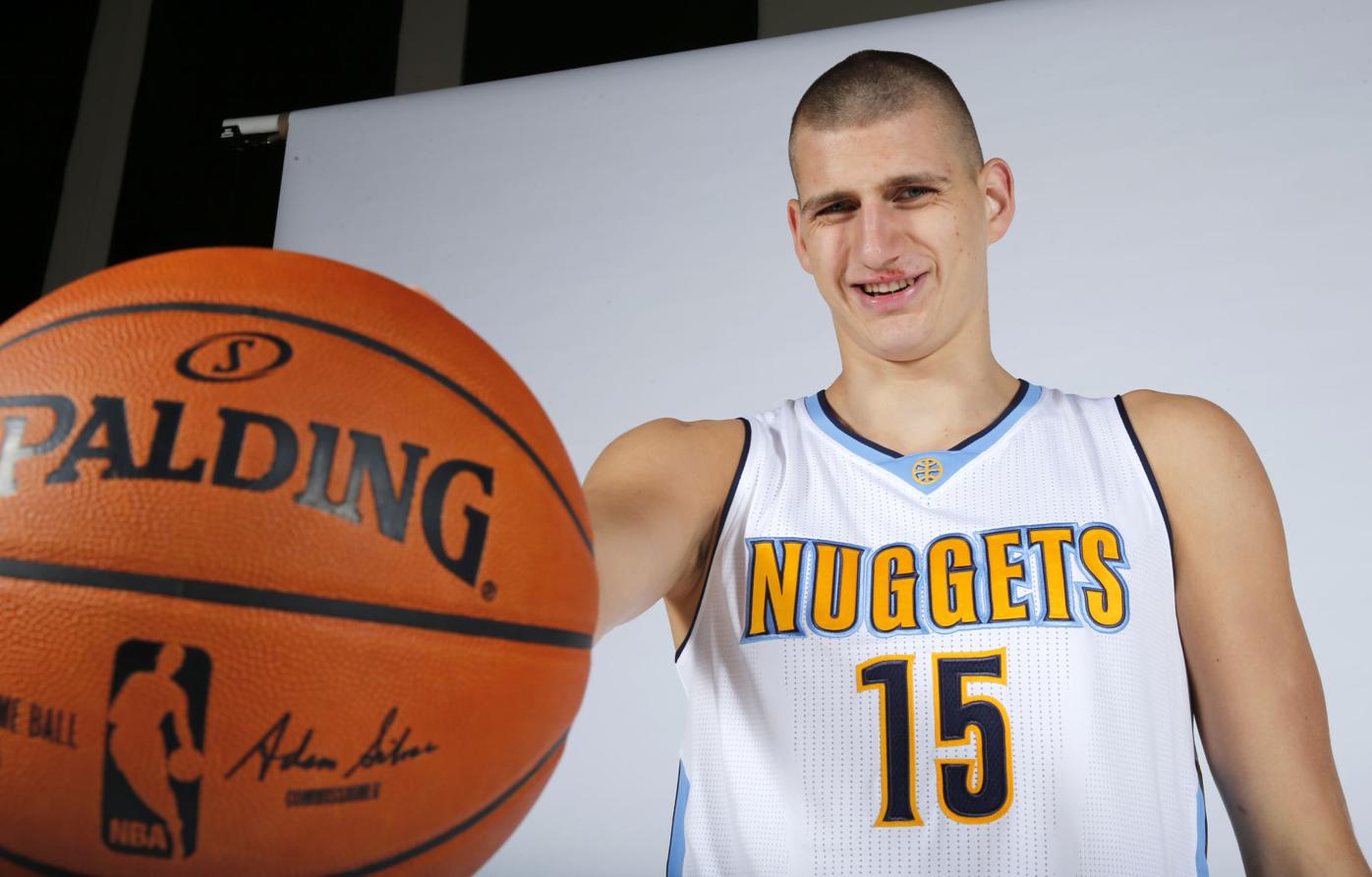 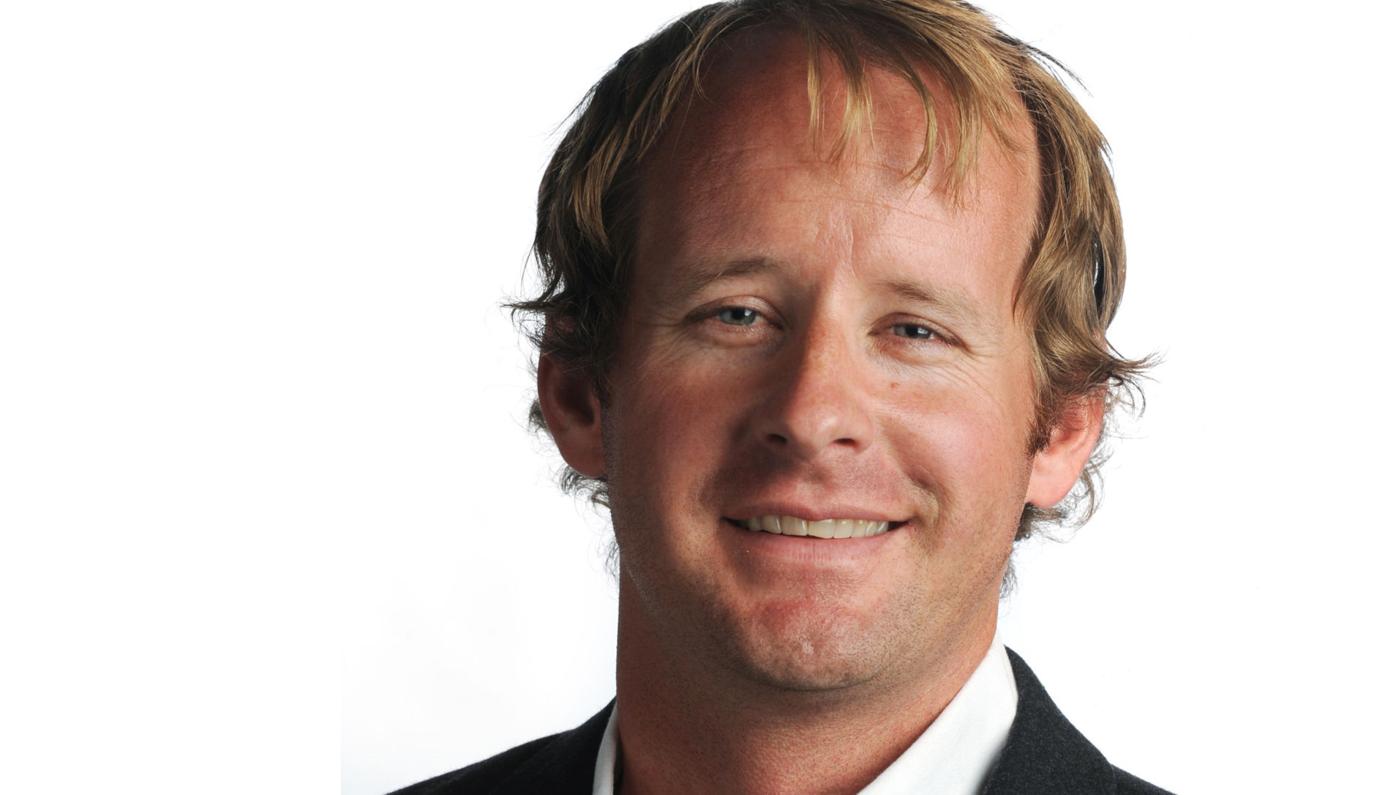 DENVER — All it took was one Chris Harris Jr. interception and a Broncos victory to complete the westernization of Nikola Jokic.

"Yeahhhhhhhhh!" Jokic wrote in a text message as soon as Harris, the Broncos star cornerback, crossed the goal line and sealed a win against the Raiders.

OK, so Jokic's transition from Serbia to Colorado is far from complete. It's going to take time, just like Jokic. He's only 20, a 6-foot-11 forward and the ideal representative for what the 2015-16 season means to the Nuggets. This will be, more or less, a redshirt season - for Jokic and for the first edition of Michael Malone's Nuggets as a whole.

Don't expect much more than the 27.5 wins Las Vegas pegged as Denver's over/under win total. Do expect a few pleasant surprises along the way.

Topping my list of potential surprises is Jokic, and that's because of what I think he can be at 24 or 25 more than what he is at 20. (See, this is going to take a while.) Once in a while a player comes along and you say, "Who's that guy?" It was that way for me with Bosnian center Jusuf Nurkic, and I think the Nuggets unearthed a burly gem with the 15th overall selection in the 2014 draft. Now it's that way with Serbian forward Jokic, their second-round pick in the same draft, but first I had to check with Malone. Am I nuts to think Jokic has the potential to become a special talent?

"I think he does," said Malone, who particularly digs Jokic's passing ability. "The amount of progress he's made since July really speaks to how hard he works."

Over three months in the States, Jokic has dropped almost 30 pounds, thanks to an intensive nutritional plan designed by Nuggets strength and conditioning gurus Steve Hess and Felipe Eichenberger. Jokic consumes six meals daily, to which I asked Malone how a man could eat six meals a day and lose weight.

"I cut out Coca-Cola when I come here," Jokic said.

Then the coach whispered, "This guy's going to be a helluva player."

I think so, too — if the Nuggets are patient, and if the player development wing of the operation shows the same promise as the international scouting wing. Oh, there will be nights when Jokic doesn't possess the strength to avoid being shoved into the Nuggets dancers. "That's the biggest issue for him," Malone said. But there will be other nights, more nights, when Jokic spins a bounce pass through two defenders, swishes a corner 3 in rhythm, shows why he has the third-highest player efficiency rating of NBA rookies this preseason and, please, stop me if it sounds like I'm swooning.

"He could be special," general manager Tim Connelly said. "It's hard to find big guys who are that skilled."

The Nuggets went to the Adriatic League to find one, but it still took some last-minute convincing on draft night to make certain Jokic would stay in the draft. Once they got the assurance from Jokic's circle, they took him 41st. In an NBA that often views Colorado as a pit stop, the Nuggets must operate differently or get lucky, and a young, foreign-born prospect like Jokic fits the theory.

"This year I would have been picked higher. Then the Nuggets call me," Jokic said. "For me it was a good thing — great trainers, great coach, good people. It's hard to say no. I can't say no."

"And he loves the game," Connelly said.

That's always the question with a big guy: Does he adore the game on his own, or was he nudged into the game because he was abnormally huge?

"You don't lose 30 pounds and improve the way he has by not working. It doesn't happen by accident," Malone said. "You (combine) that work ethic and the fact he's that young and skilled and a very smart, high-IQ player. He does have a chance to be a very special player as long as he continues to work and get stronger.

"He'll have a chance in a few years to surprise a lot of people."

Note the inclusion of "in a few years," and that's the catch with these Newbie Nuggets. When the hopeful starters at point guard, shooting guard and center are 19, 21 and 21, respectively, "in a few years" is a fair disclaimer. But here's a hunch that, before long, Jokic will join Emmanuel Mudiay, Gary Harris and Nurkic as coveted pieces in Denver's rebuilding project. Then Jokic can text "Yeahhhhhhh" in response to the Nuggets, not the Broncos.

"The Broncos, they are good," Jokic said.