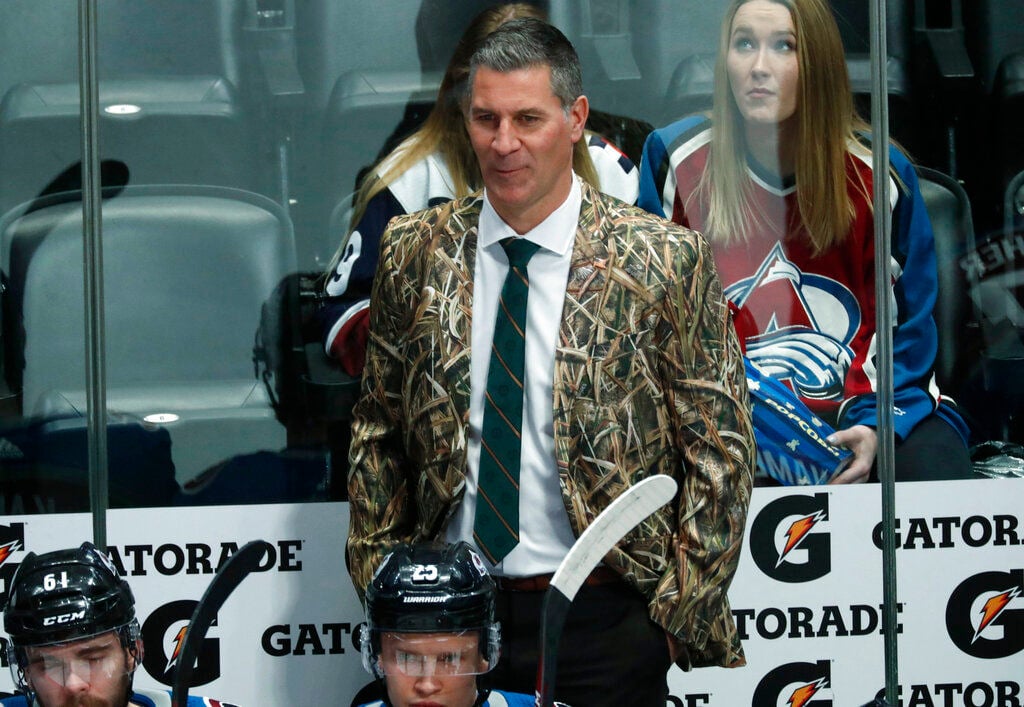 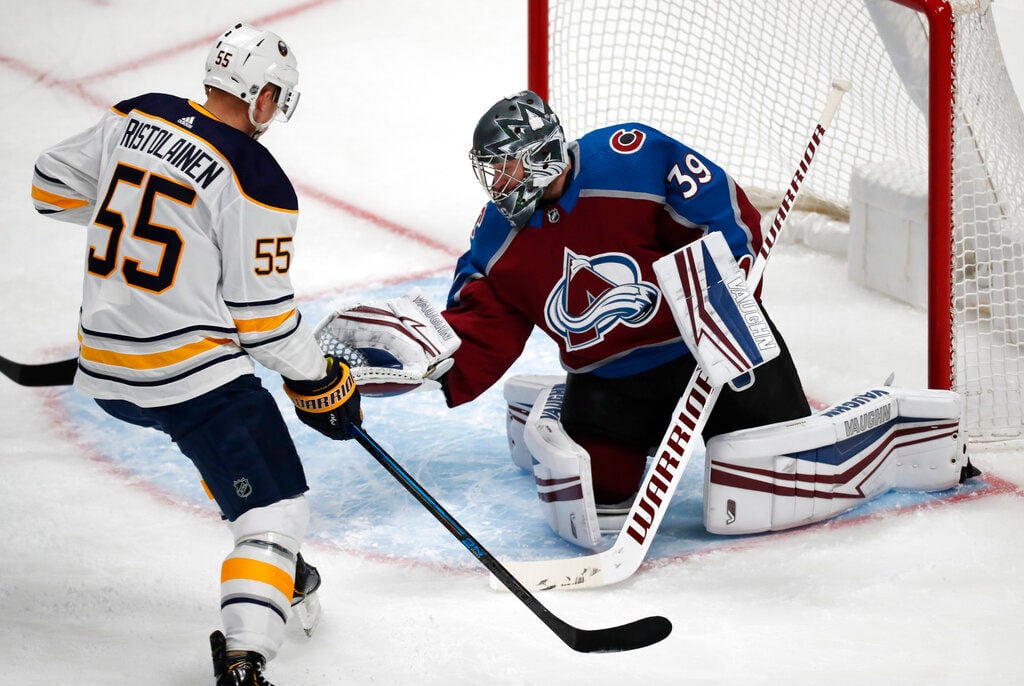 Take Martin Kaut, for one fine example. Just his fourth game in the big show, Mom's here on holiday from the Czech Republic. And what does young Martin do? Slaps home his first NHL goal, of course.

“I was so happy for this moment,” the rookie winger said with delight Wednesday night after the Avalanche's gritty 3-2 win over the Buffalo Sabres.

There’s living right, and there’s how the Avs are living. When JT Compher scored the game-winning goal with 8 minutes left in regulation, no one in a packed Pepsi Center flinched. It’s what these Avs do. They’re to the point — after four straight wins — when it's a surprise only when someone doesn’t make the big play.

Shoot, Colorado’s on such a roll that its coach, Jared "Cabela's" Bednar, took the bench in a camouflage sport coat — and made it look good, according to several female fans in attendance.

“That’s the only camo blazer that I have,” said Bednar, who scored his “Field and Stream” look from a friend who owns the "Perfect Pattern" online shop and wore it Wednesday out of respect for Military Appreciation Night.

And here’s the best part: fans in our great hockey state could actually see the game! NBC Sports carried the latest Avs win, a sweet respite from the ongoing, frustrating dispute between Altitude TV and carriers Comcast and Dish Network. Did I mention it's frustrating?

“I’m staying out of that one,” general manager Joe Sakic said. “It’s above my pay grade.”

It’s a shame most of Colorado is missing the best team seen around these hills since the Broncos won Super Bowl 50 five years ago. Fantastic show, these Avs. Fantastic enough, it turns out, that Sakic saw no need to rock the boat at the trade deadline. The Avs added goalie Michael Hutchinson, an insurance policy who hopefully won’t see the ice here, and Vladislav Namestnikov, a forward whose claim to fame is leading the NHL in short-handed goals (four).

Sakic’s approach to a quiet deadline: If it ain’t broke, don’t risk it. The Avs are banking on goalie Philipp Grubauer and forwards Mikko Rantanen and Nazem Kadri, all of whom are pegged to return from injury in mid-March, to serve as their key additions for a postseason run.

“We did a lot in the offseason, and this is a team that we really like and believe in,” Sakic said.

Take a peek over the NHL standings, and it’s easy to see why the Avalanche steered clear of a splashy move. The Blues, Stars and Avs are each at least nine points ahead of the wild card, and all three stayed relatively quiet at the deadline.

“We’re probably all in the same position where we all like our teams,” Sakic said.

The Avs have 20 games before the postseason rolls into town, and it stands as a vote of confidence that Sakic largely stood pat. (Or he lobbed struggling forward Tyson Jost into the market and no one bit, another possibility.) In the West, only the Stanley Cup champion St. Louis Blues have more points than the Avalanche's 81.

Colorado can dream aloud of a Stanley Cup run and no one's going to giggle. When it's going like this, you break out the camo sportcoat.

And here's why the Avs can dream big: an entire column on the subject, and not one mention of stars Nathan MacKinnon and Cale Makar until now. Bednar's got options, both in a lineup sense and a fashion sense.

Are there similarities between these Avs and the Sakic-driven teams that cemented Colorado’s status as a hockey state? While it's far too soon to make that leap, the GM didn’t shoot it down.

“We’ve got some high-end, top guys. And we’ve got a lot of depth here and a team that believes and has good chemistry,” Sakic said. “We had a lot of runs back then. You had your core guys. And the teams that won and had a chance to win were teams that believed and believed in each other. We have that now.”

With Dave Pilipovich's future in question, Air Force must invest in its basketball programs | Paul Klee

After another loss to the CSU Rams, Air Force coach Dave Pilipovich told Paul Klee of his future at the academy: “I hope to be (back). Will we tweak some things? Yes. Will we do some things different? Yes."