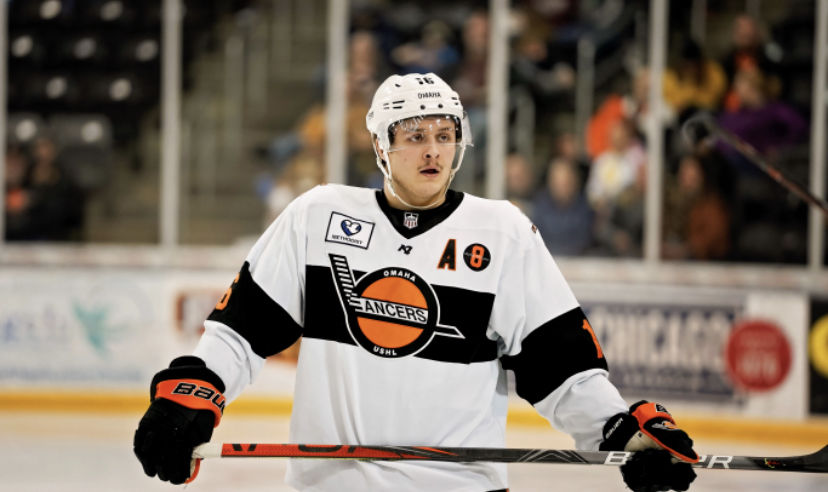 Forward Logan Will announced he committed to Colorado College. 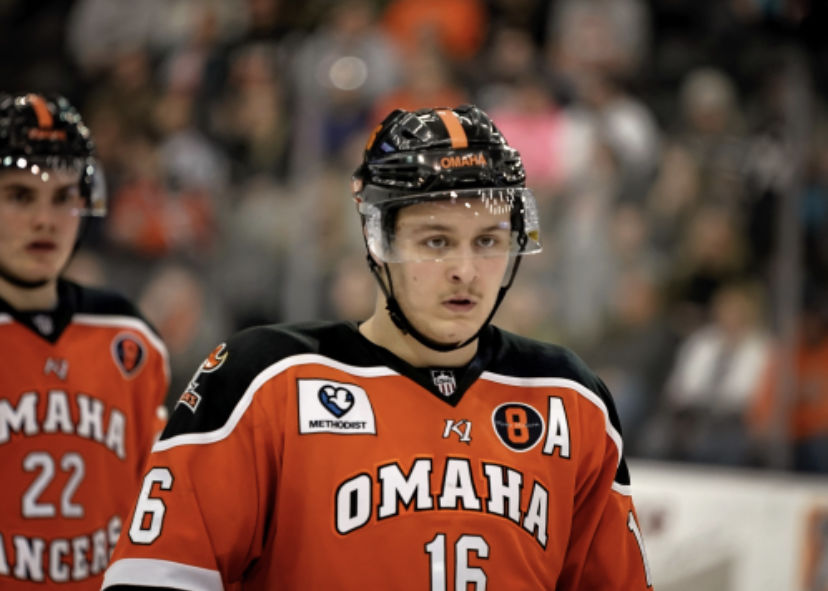 "Logan is an excellent center who plays the game hard every shift. He is a great penalty killer and had one of the best percentages in the faceoff circle in the USHL," CC coach Mike Haviland said of Logan Will in a team release.

Forward Logan Will announced he committed to Colorado College.

"Logan is an excellent center who plays the game hard every shift. He is a great penalty killer and had one of the best percentages in the faceoff circle in the USHL," CC coach Mike Haviland said of Logan Will in a team release.

Logan Will went as far as Iowa could take him.

But to move up in the hockey world, he had to pick a direction and go.

He’s a member of Colorado College’s incoming class. The Ames native can count on one hand the number of Iowa hockey players that have made it to Division I.

“Once I started taking it more seriously, it was time to head out,” Will said.

His father Geoff, who coached Logan through Squirts, had firsthand experience. Geoff said he played through high school in Iowa and had the opportunity to play for a private school in Minnesota, but didn’t go.

“When I saw Logan playing, I knew he had the ability to play high-level hockey, and I knew he wouldn’t get that experience playing in Iowa,” Geoff said.

“I feel like I made a mistake in my youth, and I didn’t want Logan to make that mistake if he had the desire to play hockey.”

Like several former, current and future Tigers, the Omaha Lancers (USHL) organization was a stop on the way. Logan spent seven years there.

The 5-foot-11, 181-pound forward was used as a shutdown center in Omaha, though his father thinks he has a scoring touch. He was an assistant captain and had 13 goals and 8 assists in 48 games last season.

Logan prefers to keep his head down and, as the saying goes, play that 200-foot game.

“Just try to play really honest hockey,” he said. “Don’t get caught up a lot with the rest of the noise.”

If Logan carves out a spot among his 12-man class, he could see time in a similar role at CC. Several of coach Mike Haviland’s checking-line forwards graduated or transferred.

“I know Havi’s been turning it around, but he really wanted me to be part of that process of making CC into a powerhouse and that’s what I’m excited to do when I’m on campus,” Logan said.

Off campus, if there’s time, he’ll look into community involvement. He won a service award two straight years in Omaha, taking advantage of volunteer opportunities with the Ronald McDonald House, reading assistance programs and, of course, hockey clinics and camps.

“I just kind of remembered growing up in a smaller hockey community, some of the older guys would work with me, encourage me, train me,” Logan said.

He’s here to help however he can, just as he was helped once upon a time.

“He likes to be a good guy,” Geoff said.

The Colorado College Student-Athlete Advisory Committee on Thursday tweeted a statement saying the athletic community “vehemently supports the pursuit of antiracism and dismantling of white supremacy within and beyond our campus community.”

The group said it would "further develop action plans" to help the cause and encouraged the community to reach out.

The full statement can be found here.

The news that Ivy League schools would suspend fall semester sports delivered a local blow. Colorado College was set to host Princeton the weekend following Thanksgiving. The series has been removed from the online schedule.