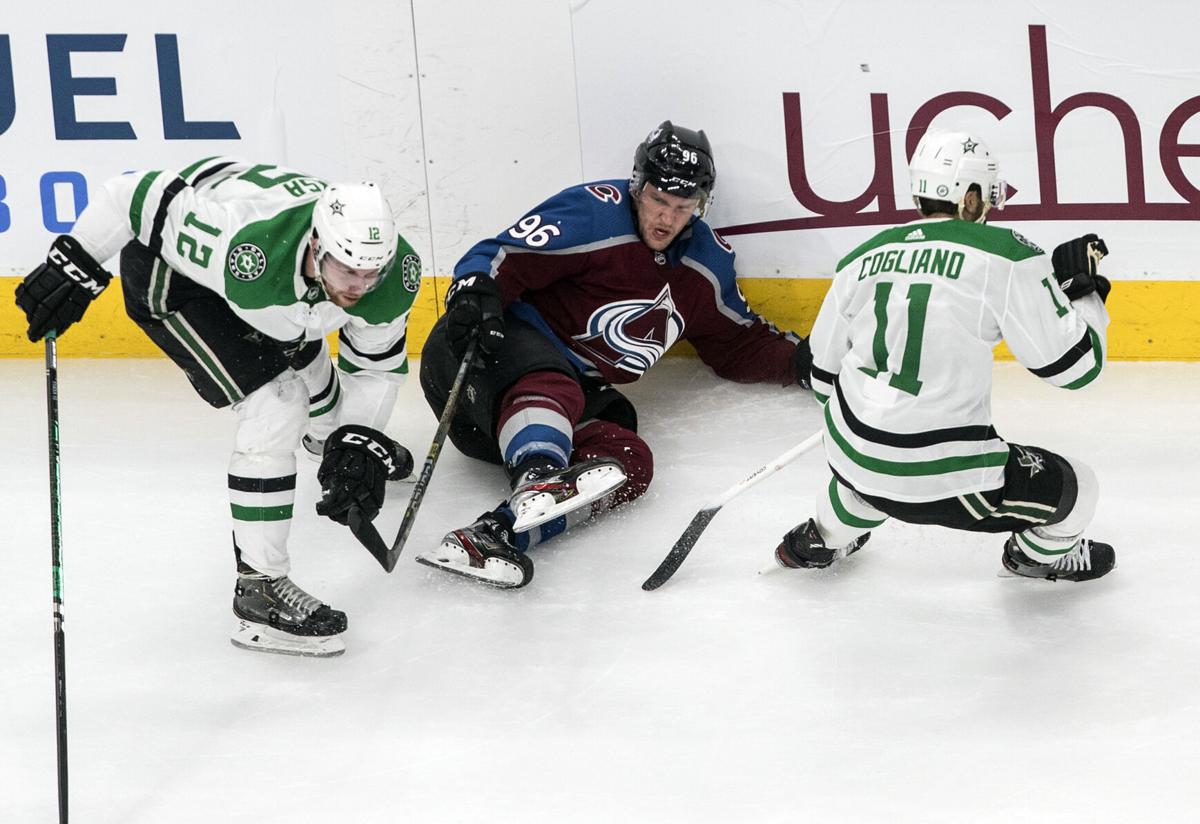 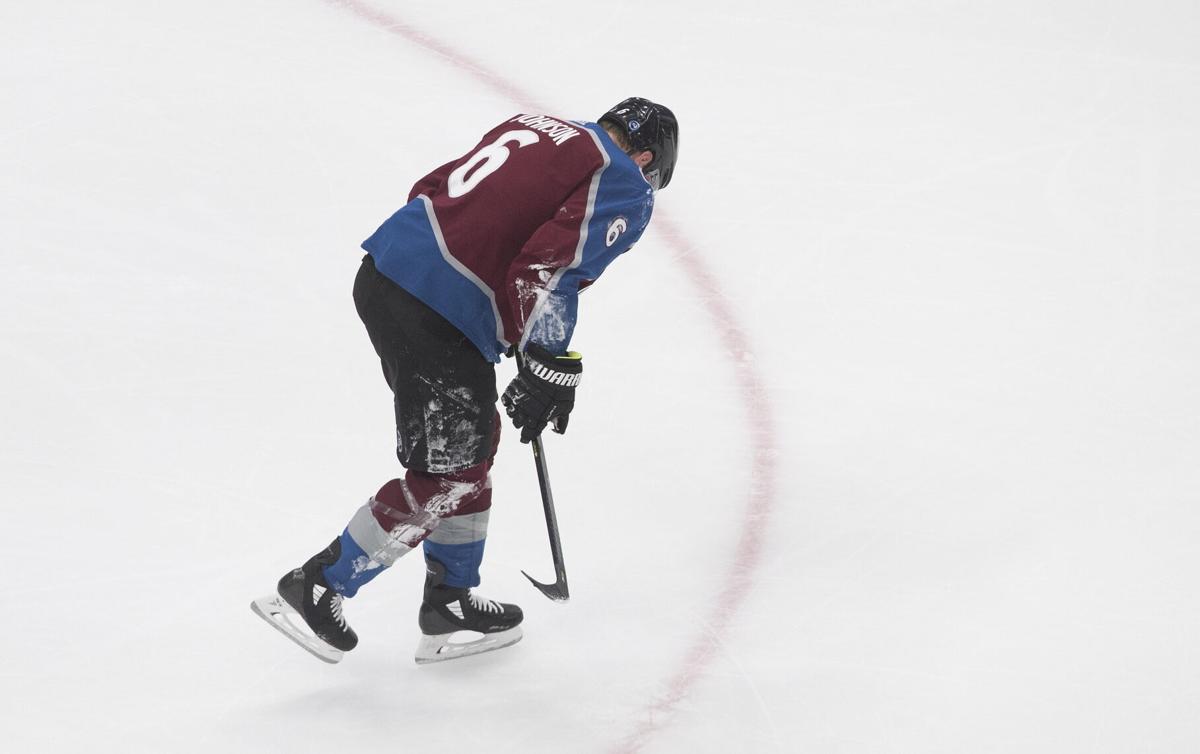 Colorado Avalanche's Erik Johnson skates off with an injury during the first period in Game 1 of an NHL hockey playoff second-round series against the Dallas Stars, in Edmonton, Alberta, Saturday, Aug. 22, 2020. (Jason Franson/The Canadian Press via AP)

Colorado Avalanche's Erik Johnson skates off with an injury during the first period in Game 1 of an NHL hockey playoff second-round series against the Dallas Stars, in Edmonton, Alberta, Saturday, Aug. 22, 2020. (Jason Franson/The Canadian Press via AP)

For more than a month, Colorado Avalanche forwards and defensemen have insisted they’re confident with whomever’s in net.

It might be time to see that in action.

Veteran defenseman Erik Johnson and starting goaltender Philipp Grubauer both left Game 1 with apparent lower-body injuries and the Avalanche found a worthy opponent in the Dallas Stars, who took the second-round opener 5-3.

The Stars had the jump from the first faceoff and forced the Avalanche to play their brand of hockey. Colorado played from behind most of the night.

After the game, coach Jared Bednar said he had no issue with the performance of his top line of MacKinnon, Gabriel Landeskog and Mikko Rantanen, or some lower-line players. He called out his defense and middle six forwards.

“We had half our team show up to play,” Bednar said.

MacKinnon and Alexander Radulov scored twice for Colorado and Dallas, respectively. Anton Khudobin made 28 saves for the Stars.

1:36 VIDEO | Avalanche playoff history outside the 1st round

Blake Comeau made it 2-1 as Johnson limped down the tunnel. The puck bounced off Ryan Graves, recently returned from the penalty box, and in.

Johnson returned, played gingerly, then went back down the tunnel in the second period before reclaiming his spot on the bench. He offered leadership, Bednar said, but not minutes.

“We know we’re a good enough team to win with a couple of guys out of the lineup,” Landeskog said.

Grubauer, however, was gone for good. He went down and stayed down early in the second period, appearing to tweak something while dipping low on a shot that went wide.

It took a trainer under each arm to get him down the tunnel. Pavel Francouz came in for the first time since Game 3 of the Arizona Coyotes series and made 18 saves in relief.

Bednar had no information on the injury or how much time Grubauer will miss, but didn’t expect him on the ice Sunday.

“It’s going to be Frankie’s net here,” he said.

Colorado was also missing Matt Calvert, who was deemed unfit to play.

The Avalanche kept play at the other end while Francouz settled in and Landeskog scored his first of the postseason to make it 3-2. Radulov then restored the two-goal lead.

Each team got its first goal from its biggest name. Tyler Seguin scored his first of the playoffs, canceled out a little over a minute later by a strong individual effort from MacKinnon. MacKinnon had a hand in all three goals Saturday and has at least a point in all nine postseason games.

MacKinnon’s second tally came on a redirection of a Samuel Girard shot and sent the Avalanche into the third period down by one. But Roope Hintz scored a somewhat soft goal and Colorado never closed the gap again despite pulling Francouz for the extra attacker early.

“We’ve got to get ready to get engaged in this series,” Bednar said.

Looking back: Reasons the Colorado Avalanche blew through Round 1

The Colorado Avalanche started out 2-0, but ended up 0-2.