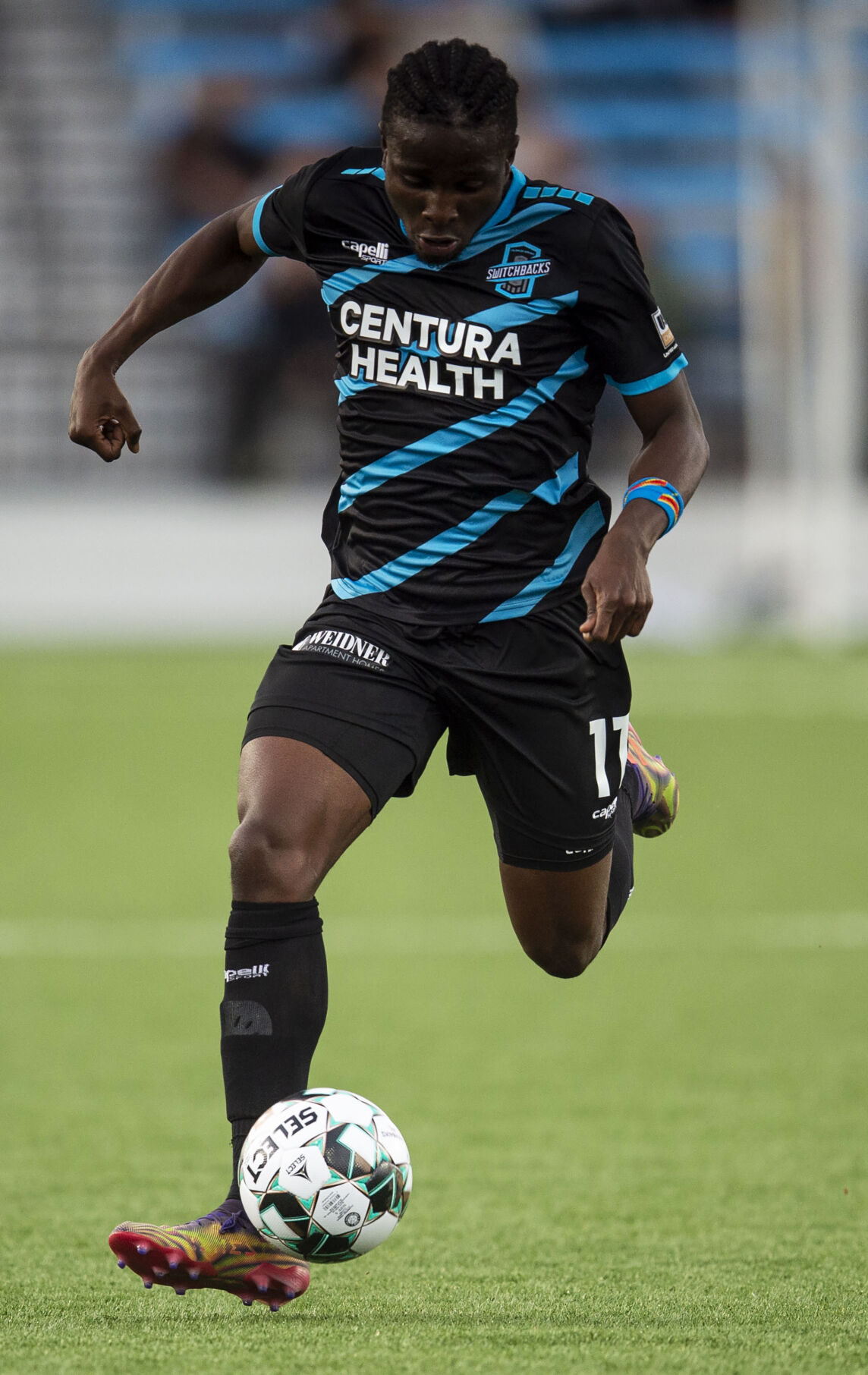 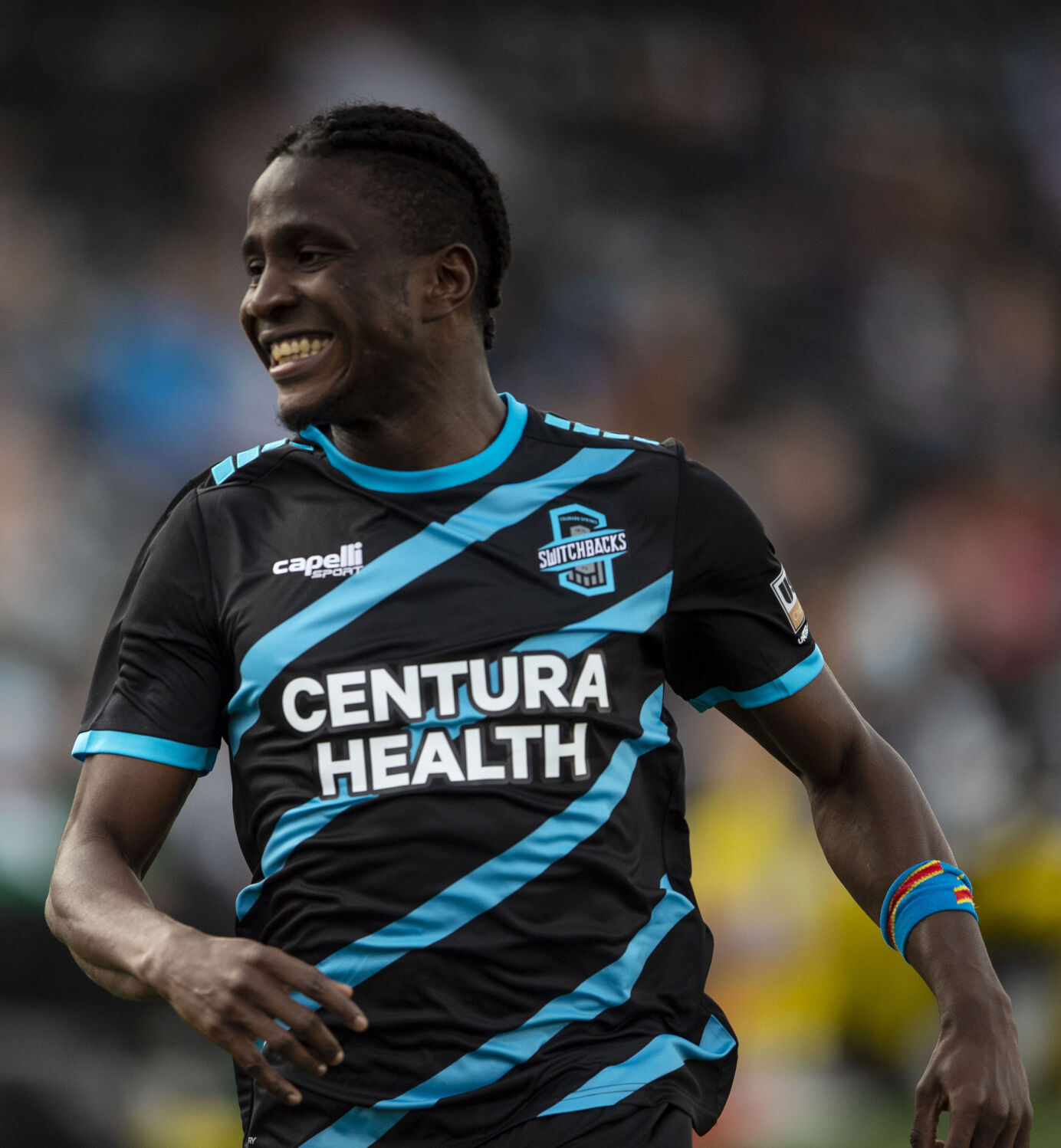 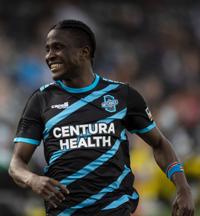 Michee Ngalina is on the move back to Major League Soccer after a productive stint with Colorado Springs Switchbacks.

The Switchbacks and Los Angeles FC agreed to a loan with the option of a permanent transfer Wednesday, just before the MLS roster freeze deadline. The move was officially announced Tuesday.

Should LAFC decide to keep Ngalina after the loan expires, the Switchbacks will receive the highest transfer fee in United Soccer League history, possibly double the previous mark, according to a team release.

“I’m going to miss him,” Switchbacks coach Brendan Burke told The Gazette after Wednesday’s match. “It was a pretty emotional day for all of us, but the reality is the timing was right for him to go, and for the club, it’s a potentially historic level of transfer for the league.”

Ngalina and Burke worked together at Bethlehem Steel, Philadelphia Union’s reserve team, before the winger joined the Union first team in 2019. He joined the Switchbacks in 2020, reuniting with Burke and posting eight goals and eight assists in 21 appearances for Colorado Springs.

“As a 21-year-old kid, to have the talent level, to have the drive, to have the commitment to put up the numbers that he’s put up this year but also do a lot of the dirty running and defensive stuff that he’s done for us,” Burke said. “He’s matured a lot since his time with us in Bethlehem.”

The move is the first of what the Switchbacks leadership hopes is a trend of players using their time in Colorado Springs to advance their careers and bring additional revenue to the club. While the exact terms of the agreement were not released, the Switchbacks will receive a loan fee for this season, according to the team release. If LAFC signs Ngalina to a new contract, the Switchbacks will receive an agreed-upon transfer fee, while additional payment could come in the form of performance-based incentives and a percentage of any future transfer fee paid to LAFC if Ngalina makes another move.

“Michee’s move validates the fact that Switchbacks FC are in a new era in which the team can compete with the best of USL, individuals can perform and earn the opportunity to pursue their dreams of playing in top-flight leagues, and soccer operations can contribute to a sustainable business model for the club,” Switchbacks manager Brian Crookham said in the team release. “Michee has certainly earned the opportunity in front of him. The staff work hard every day to ensure that the recruitment and preparation of this caliber of player will allow others to follow in Michee’s footsteps.”

Ngalina was not with the team for Saturday’s 2-1 win at Rio Grande Valley, and the club continues to move forward with its playoff push at home Saturday against Austin Bold.

Hadji Barry’s quest for a scoring record will have to wait for another day, but an entirely different kind of mark was set in a game involving…