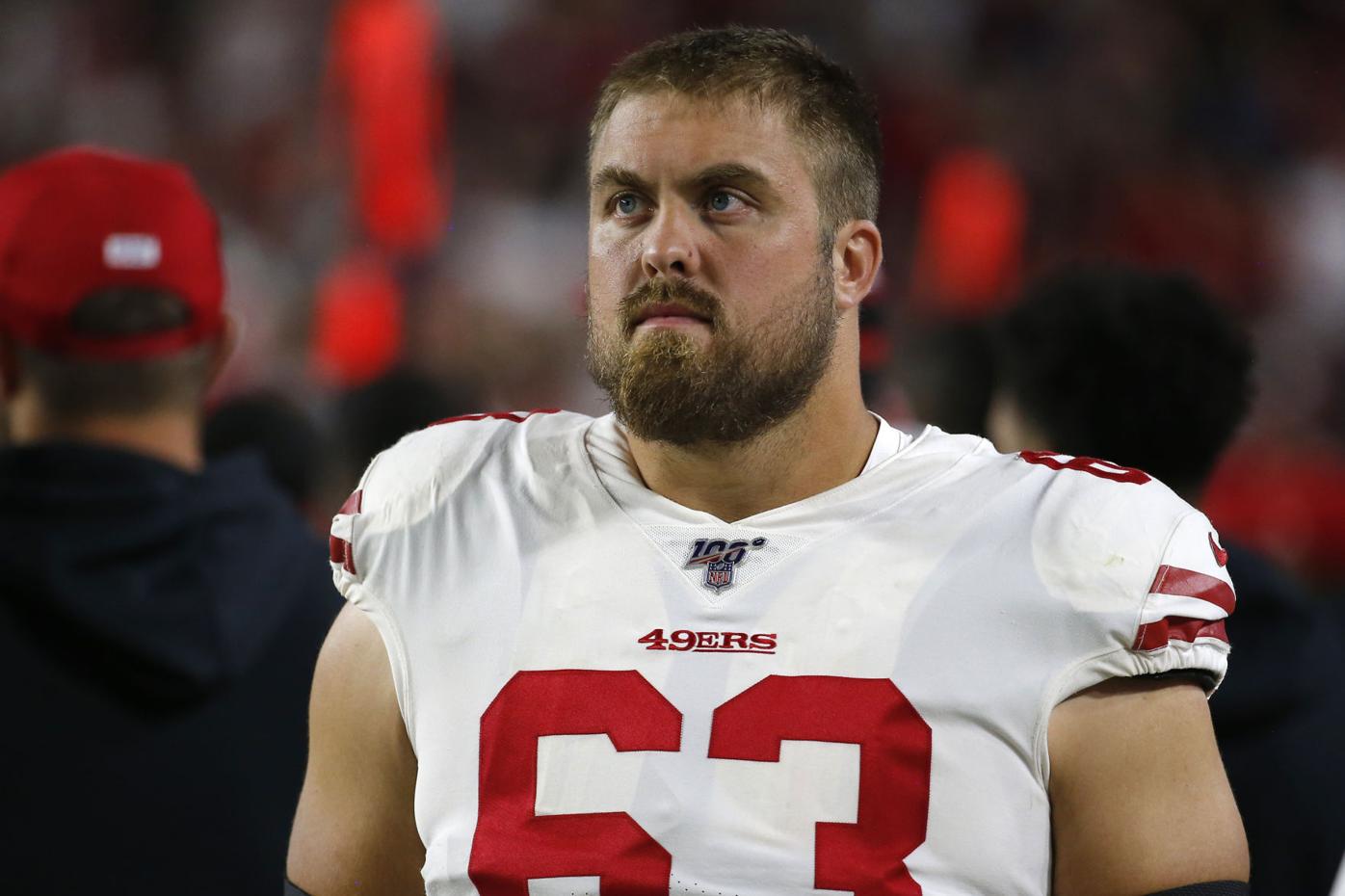 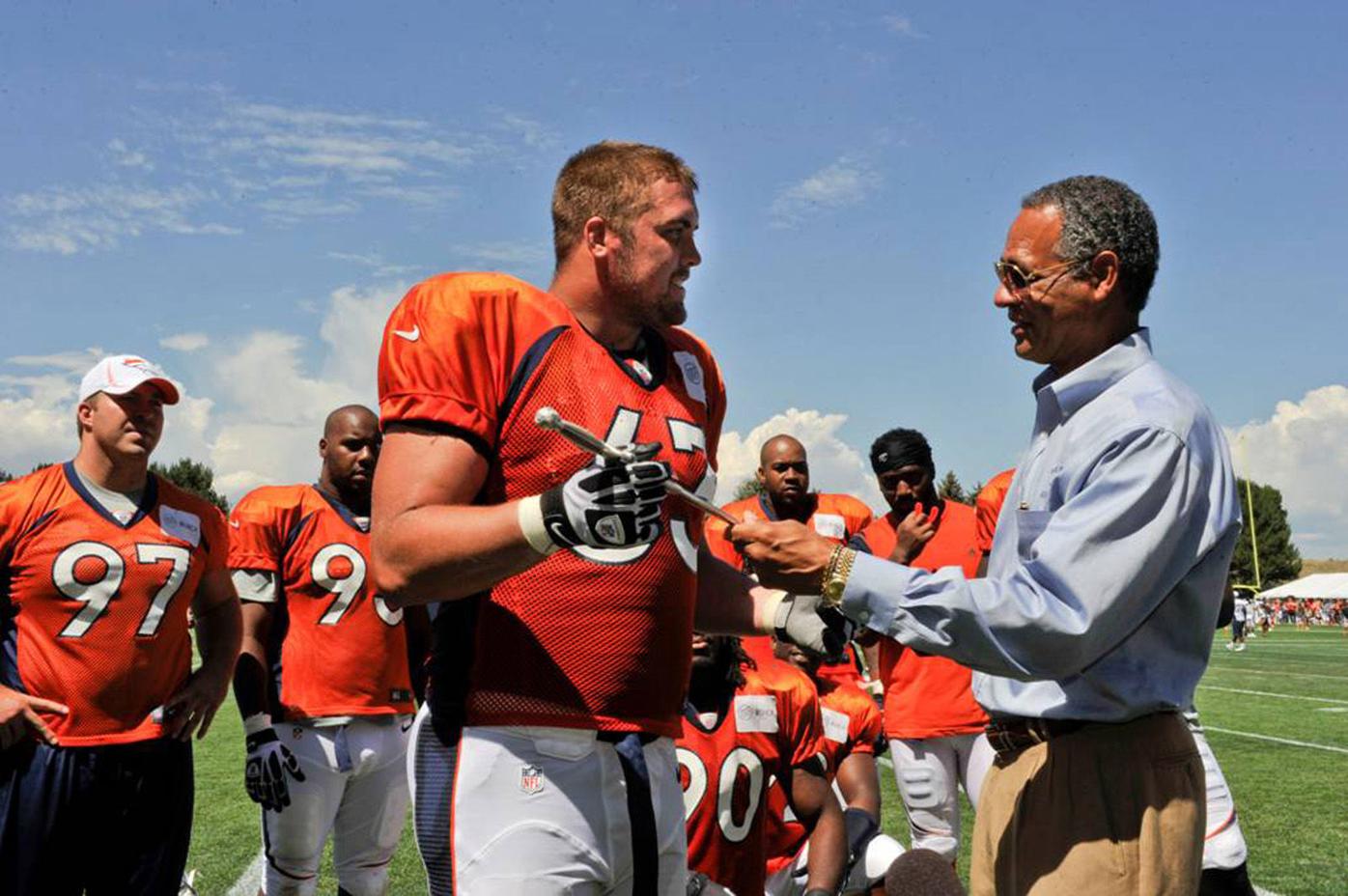 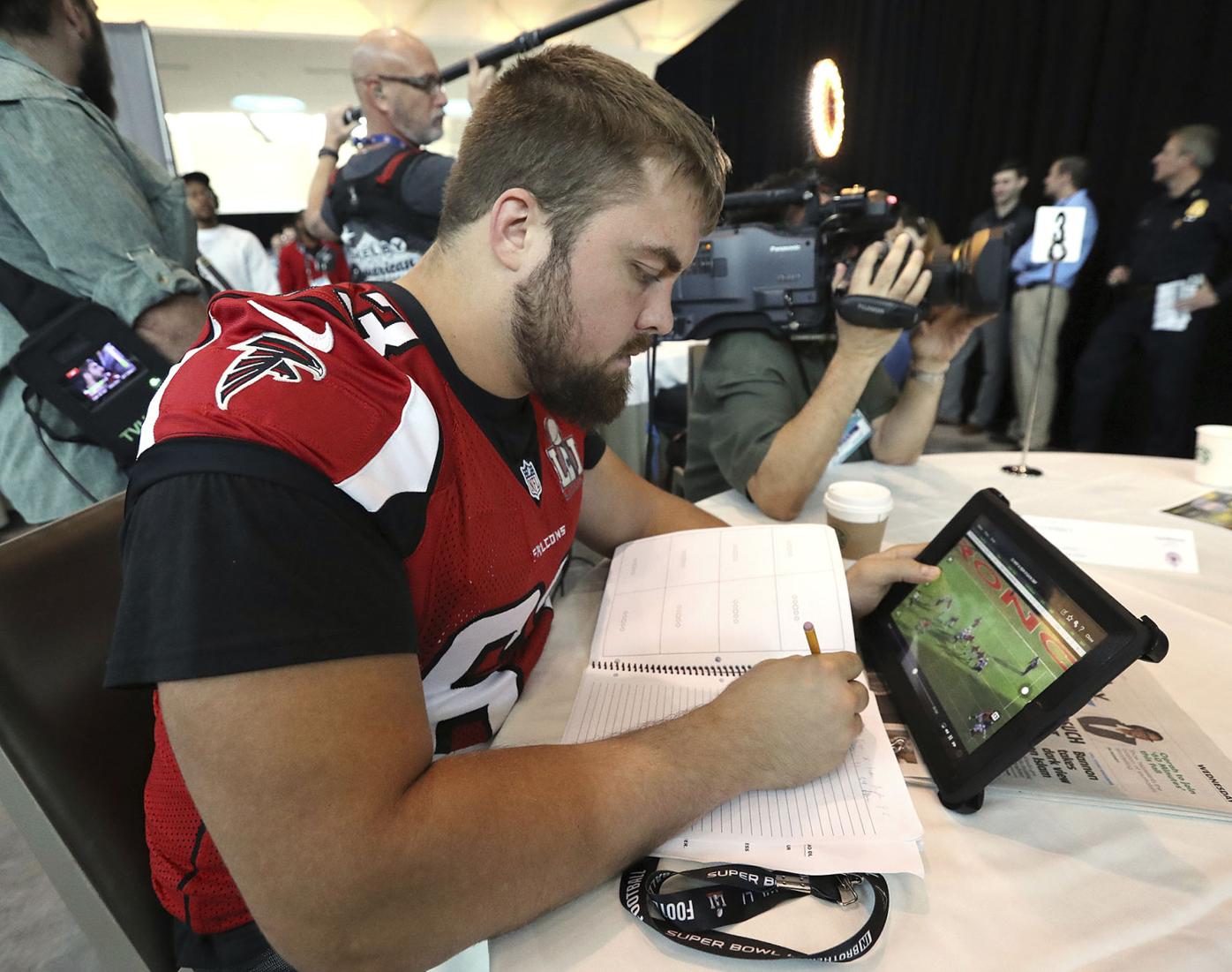 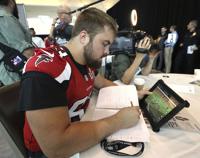 DENVER — Without knowing how Ben Garland got here, without wondering how a kid from Grand Junction on Sunday will be involved with his third Super Bowl, the photo still summons goose bumps.

They frame the undrafted lineman from the Air Force Academy. They put him front and center.

“Surreal moment for me. Just surreal. I’ve never spiked a ball in 20 years of playing football,” Garland told The Gazette by phone.

How did he get here?

The photograph taken at Levi’s Stadium stirred a Garland memory for me. It was 2012, and Garland’s grandparents had lost their home in the Waldo Canyon fire — and, with it, the silver sabers awarded to Garland upon his graduation.

Weeks later, the Broncos organization, with the help of ProLink Sports owner Judianne Atencio and Broncos public relations guru Patrick Smyth, floored Garland with a surprise for the ages.

The team surrounded Garland. They framed him. Derek Wolfe shoved him forward, front and center. Joe Mays, a linebacker, stretched out his tree-trunk arms and presented to Garland a silver saber, just like the ones lost in the fire.

"To do that for someone on the practice squad, that’s what is so incredible about it,” said his mom, Syndee Garland. "It showed how much they respected him."

It’s been a decade since Garland graduated from the academy and signed with the Broncos as an undrafted free agent.

“I’m supposed to be a pilot right now,” Garland said.

No, Ben Garland is right where he’s supposed to be — front and center, smack in the middle of yet another Super Bowl.

Not long after the 49ers won the NFC title game and confirmed their Super Bowl ticket, Air Force coach Troy Calhoun stepped off a recruiting jet and gave his best Tom Brady into a phone: “Let’s goooo!”

You won’t often catch Calhoun rambling about football. But when it comes to Ben Garland, you can’t keep him quiet. This time the conversation concerned Garland’s performance as the starting center for the 49ers against the Packers.

As The Gazette’s designated Ben Garland beat writer, I’ve been privy to the impossible story he’s written. How he’d sit in on random calculus classes just to learn the material, earning no course credit. How X-rays revealed a broken hand and a 6-to-8 week absence at Air Force, and Garland played the next 11 games. How he went from challenging Tim Tebow to wind sprints to protecting Peyton Manning.

Woody Paige: Manning family has made huge impact on NFL

What Garland did this season trumps all. He never played a snap on offense at Air Force. Last Sunday, at center, he anchored a 49ers running game that piled up 285 rushing yards in the NFC title game. The stars on the team told him to “spike it!”

“I wouldn’t say I’m shocked — he is Ben Garland, after all — but it’s difficult to comprehend what he’s done,” Calhoun said. “Starting on the defensive line, then moving to guard, and now being so skilled and powerful as a center. It’s truly one of the most incredible stories I’ve ever seen in terms of adapting to your environment, giving up yourself for the greater good.”

Calhoun, of course, assisted Mike Shanahan’s Broncos and Gary Kubiak’s Texans, running a zone-blocking scheme that serves as the base for Kyle Shanahan’s 49ers. Simple transition for Garland, right? One issue: Garland never played a snap on offense at Air Force.

“Just in middle school and high school I played on offense,” Garland said.

The position change, he said, was initiated by former Broncos strength coach Luke Richeson — in Garland’s fourth year in the NFL. Richeson believed the move would extend Garland’s career, which now, a decade later, is hitting its stride. It also came with radical weight gains and losses, from his peak of 350 pounds as a nose guard (almost 150 more than his playing weight at Air Force) to 305 pounds as a center.

“It gives you chills to watch him on the offensive line. I’m telling you, he’s superb as a center. And he’s done that on the fly!” Calhoun said. “It looks natural how he snaps and steps immediately. Those two things have to be almost in perfect unison, especially for a zone-blocking team. And in that championship game it looks like he’s done it his whole life. It’s unbelievable!”

Did Air Force ever consider moving Garland to the offensive line?

“Two words for that: No and hell no,” Calhoun said. “He was too much of a force at nose guard.”

When the Broncos won Super Bowl XXXII in the late 1990s, Ben Garland was 9. He begged his mom to attend the parade that snaked through Denver, a 6-hour drive from the Western slope.

“He’ll never let me forget not going,” Mom said with a laugh.

His bond with San Francisco coach Kyle Shanahan is deep enough Shanahan lured Garland from Atlanta: “Being a big Broncos fan growing up I knew everything there was to know about the Shanahan family. They were pretty much royalty to me. Then when I got the opportunity to play for them it was a dream come true,” Garland said.

Here’s why, in Garland’s words: “Kyle’s Friday run meetings are some of the best times I’ve ever had in football. He’ll explain why, ‘This play’s not that great, and it probably won’t gain any yards. But it’s going to set up the next play for an explosive (play).' And then we get a huge gain out of that one — and it came from the play that he told us wasn’t that great.'"

His mom will be there, just as Syndee was there for Super Bowls XLVIII and LI. This time the whole clan’s coming, 12 in all, including his sister (a UCCS professor) and two brothers (a firefighter in Grand Junction and a scientist at the Santa Fe Institute in New Mexico). The uniqueness of Ben’s football story is not lost on his family, nor is the fact Ben’s first football team, in grade school, was ... the Chiefs.

“I mean, who would imagine this?” Syndee Garland said. “To be in one at all is wild for a (Grand) Junction kid. To be in three is beyond anything you could ever dream about.”

One more time, for the late-comers in the back: How?

“That’s pretty easy. Hard work takes no talent,” Garland said. “Every day I treat like my job’s on the line. Anybody can work hard on the first day of training camp. That part’s easy. But are you going into Year 6 like you attacked Year 1?”

At Super Bowl LIV, the proud Air Force man is right where he should be — front and center.

UC Riverside tries to improve to 3-0 vs. Mountain West competition with a visit to Clune Arena, women's basketball nears the return of a key player and Air Force is represented on NFL playoff rosters.