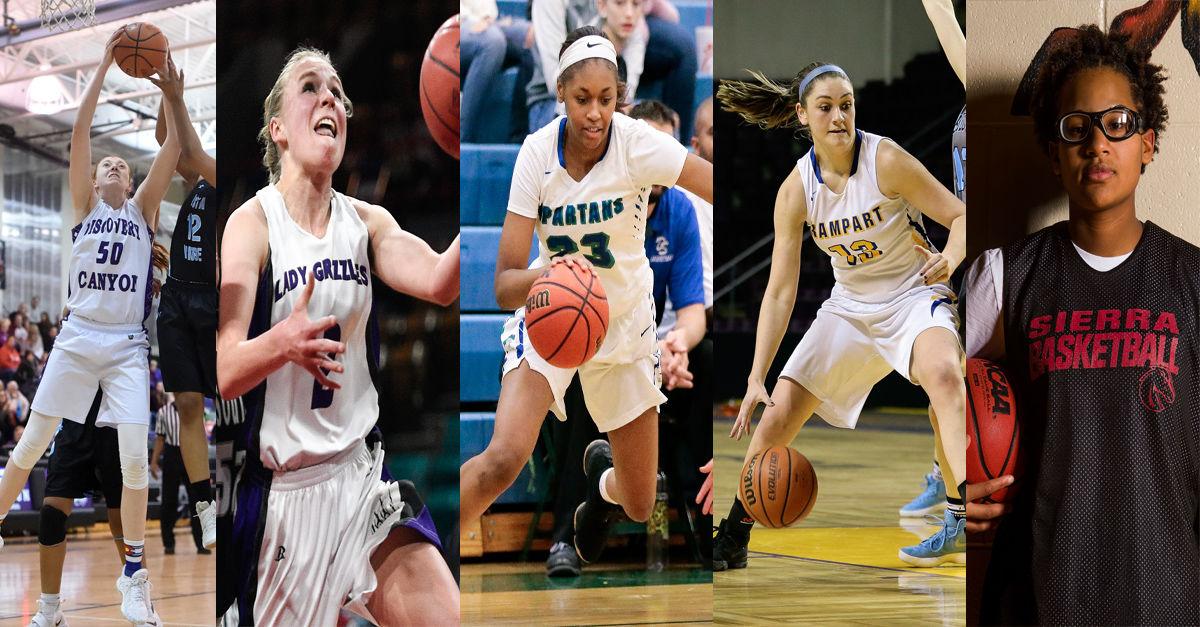 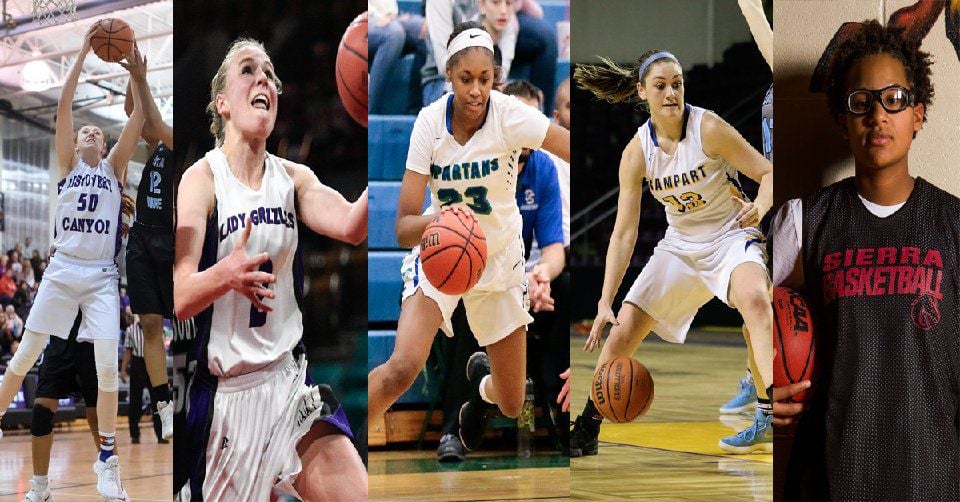 G: Chloe Welch, sr., Mesa Ridge - Welch concluded her impressive high school career by leading her team to the Class 4A state semifinals and capped off her senior year averaging 16.3 points, nine rebounds and six assists. She scored in double figures in all but four games this season and scored a season-high 29 points against Pueblo South in the state semifinals. Through 102 games in a Mesa Ridge uniform, Welch racked up 1,452 points.

G: Aubrey Robinson, sr., Sierra - Robinson led the Stallions with 16.4 points per game - good for seventh in the state among guards. Her efforts helped Sierra on an impressive run in the postseason with a pair of upsets to make it to the round of eight. Robinson scored 20 or more points nine times this season, and averaged 7.2 rebounds and 4.2 steals. In Sierra’s upset over No. 4 Windsor in the round of 16, Robinson led all scorers with 24 points.

F: Brionna McBride, jr., Doherty - McBride led one of the area’s best girls’ basketball teams to a 16-game winning streak as a constant threat across the board. McBride averaged 14 points, scored below double figures just four times this season and shot 45 percent from the field. She also averaged 6.9 rebounds and 3.7 steals. McBride flirted with a triple double against Monarch early in the season, with 22 points, nine rebounds and nine steals.

F: Madi Wriedt, sr., Rampart - The 5-foot-11 forward took charge of the up-and-down Rampart girls’ basketball team as the only double-figure scorer, averaging 12.9 points - 27 percent of the Rams’ scoring average. She hit double figures in all but seven games - three of which she scored nine - and averaged 7.5 rebounds. Against Vista Ridge in early December Wriedt scored a career-high 26 points.

C: Ashten Prechtel, jr., Discovery Canyon - Prechtel finished third in the state with 18 double doubles, averaging 18.4 points and 14.3 rebounds. Her efforts on the boards ranks her second in the state. She scored 20 or more points and pulled down 20 or more rebounds in five games The 6-5 junior also averaged three blocks. As a third-year varsity player Prechtel retains a double-double average with 15.1 points and 12.6 rebounds through 71 career games.