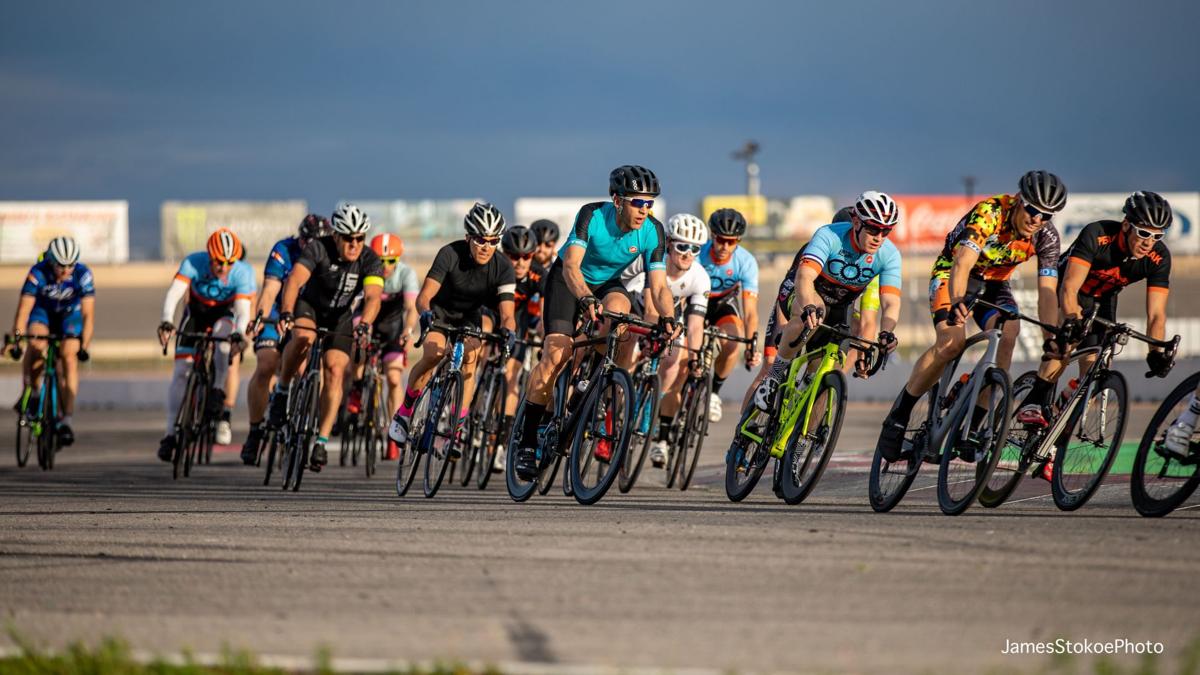 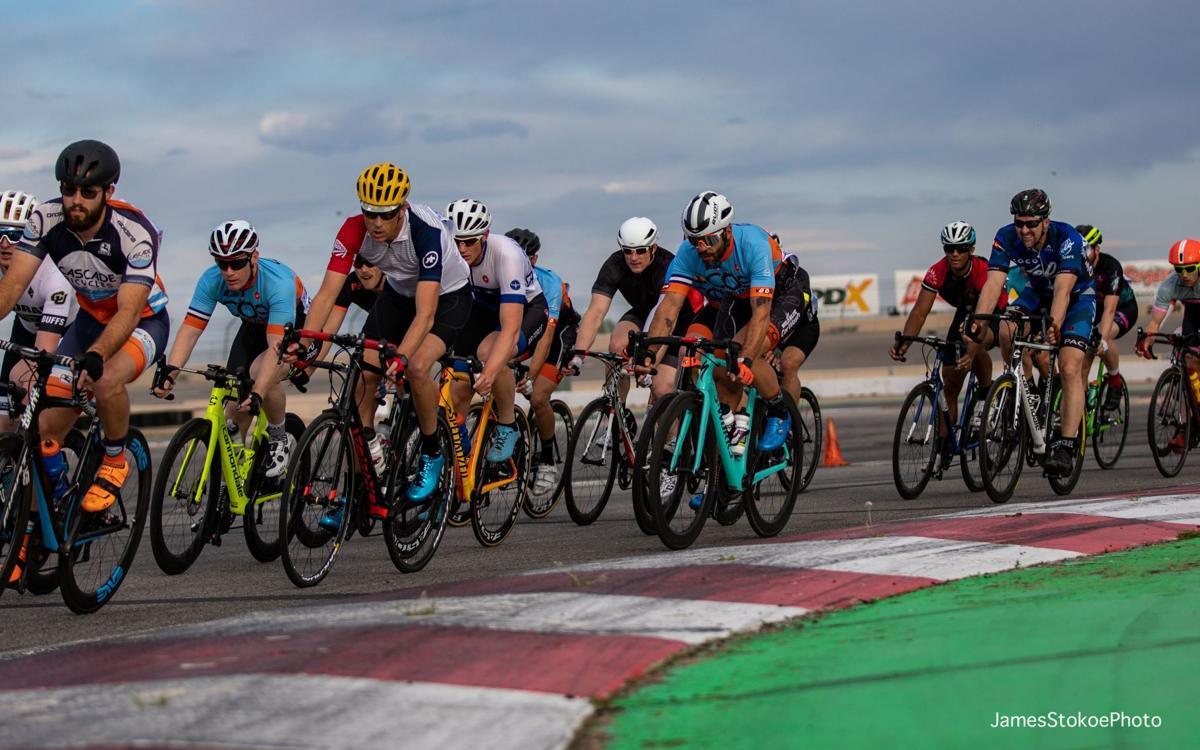 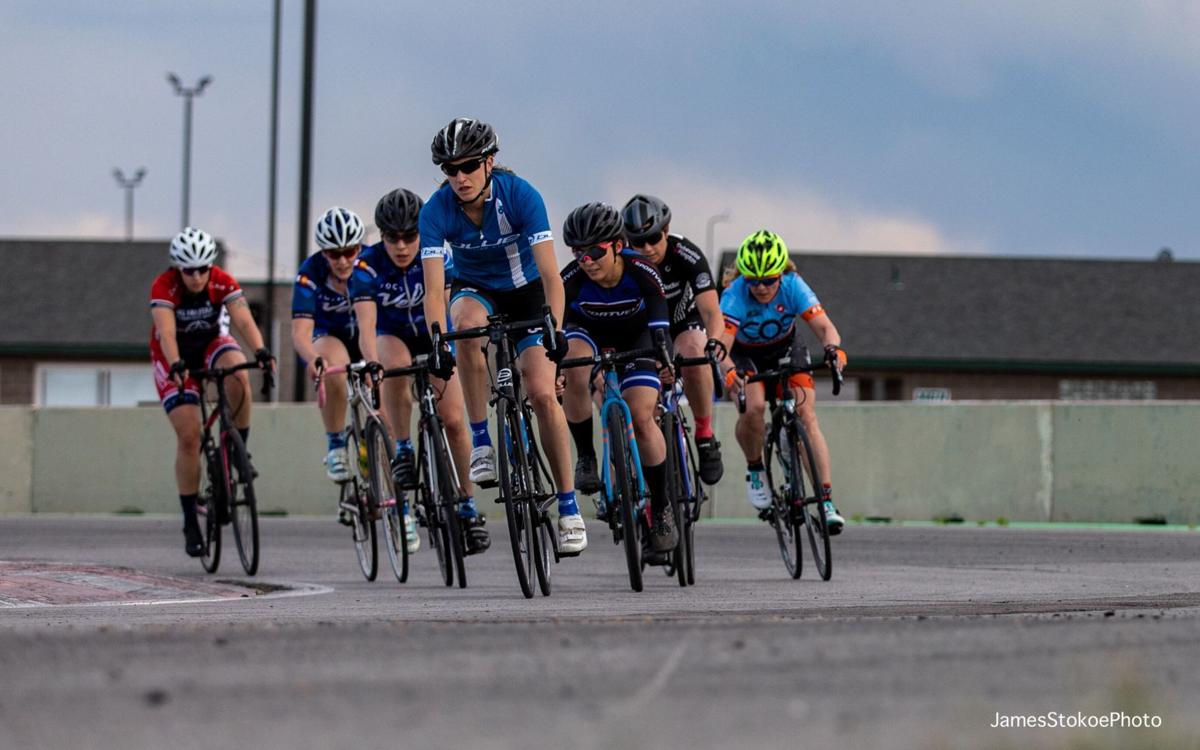 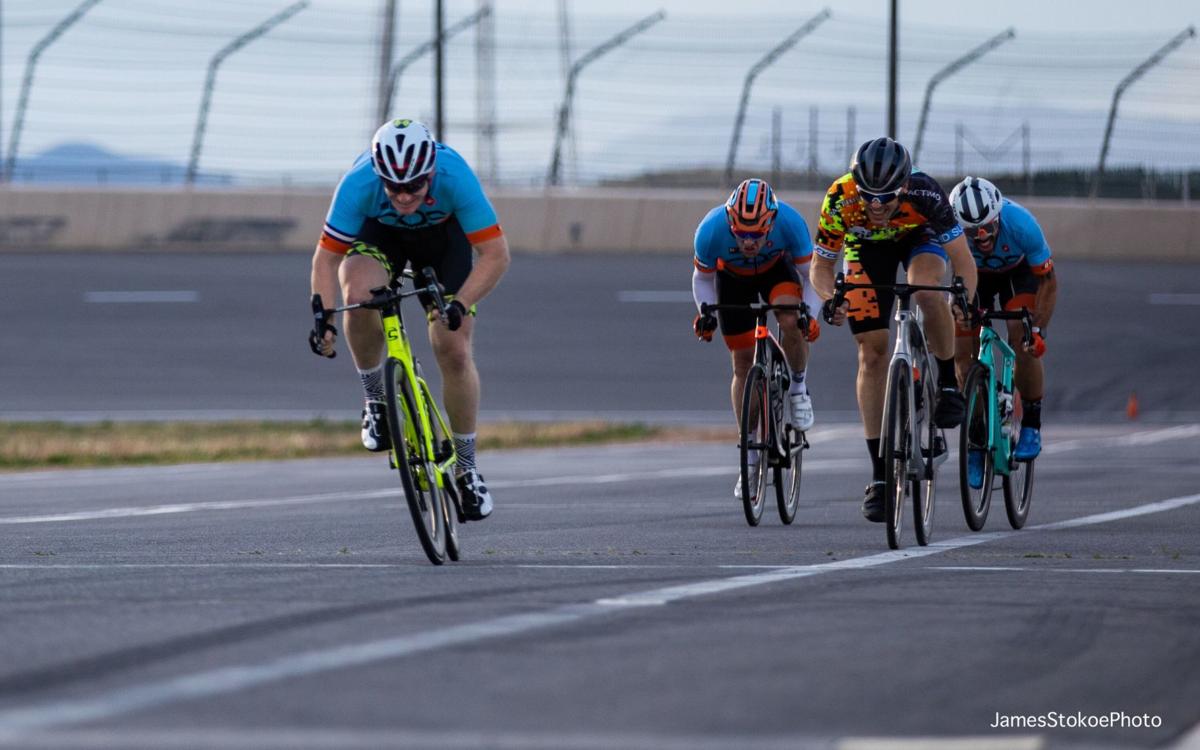 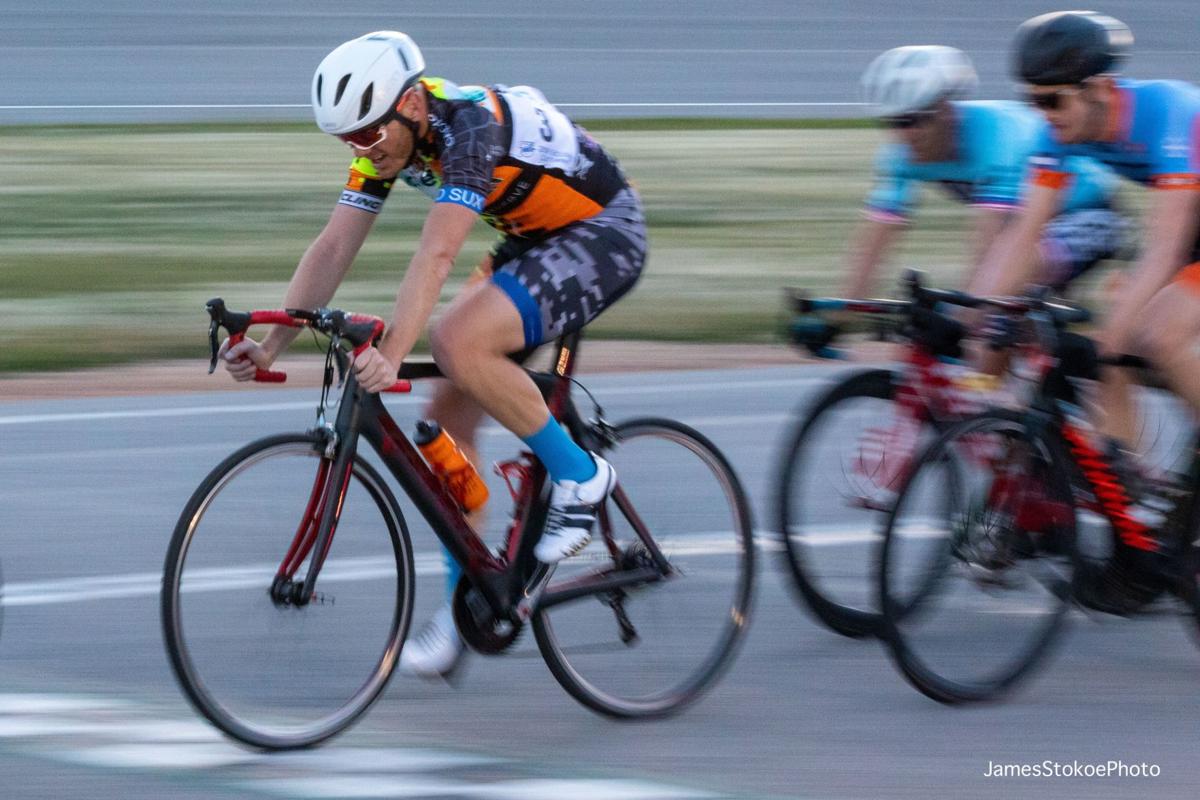 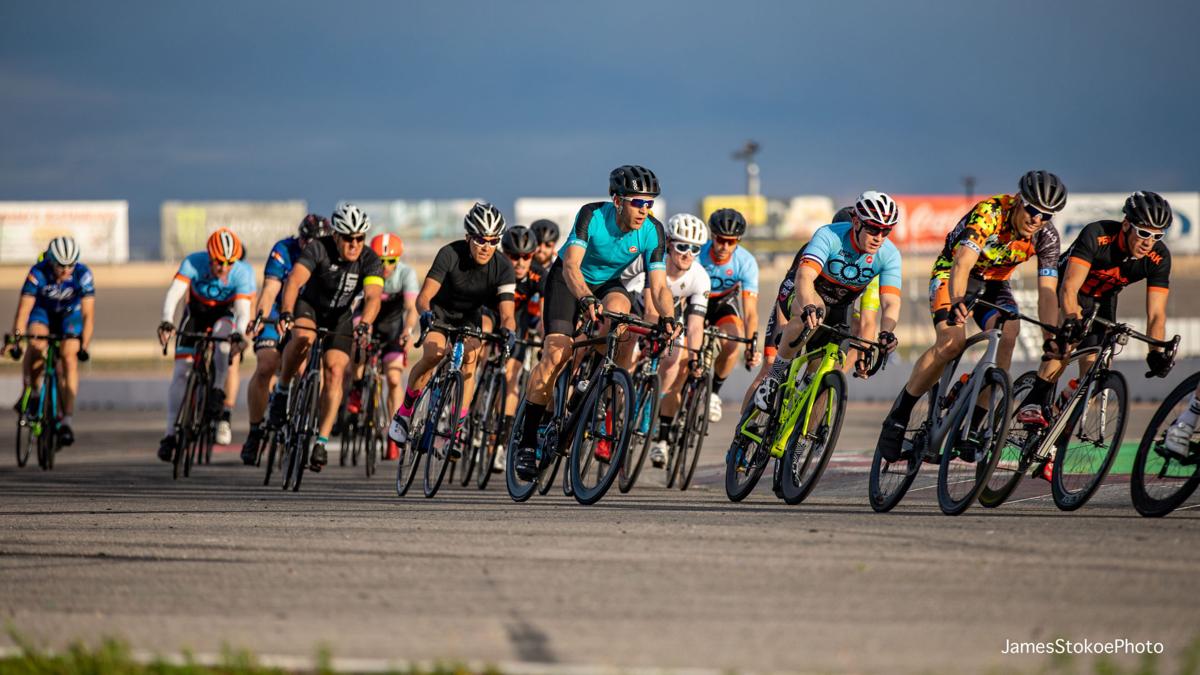 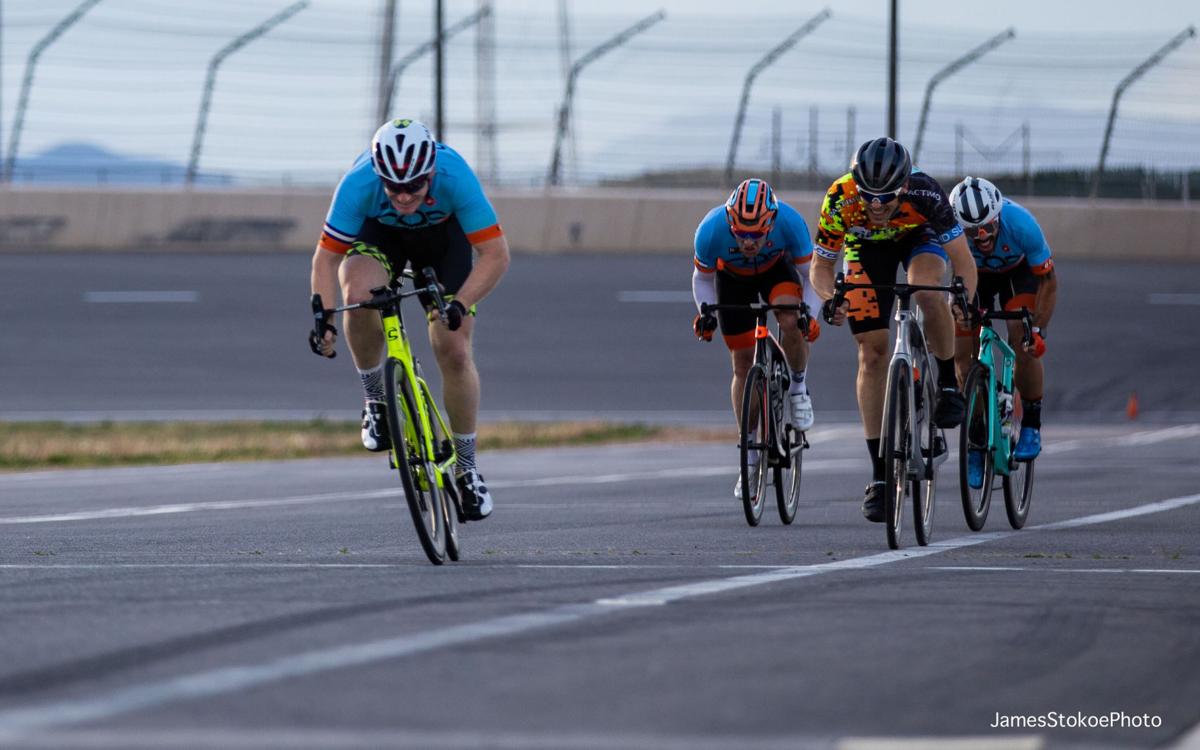 In the Southern Colorado Velo Criterium Race Series presented by Tierra Plan, winning is sweet, with sprinkles and perhaps a chocolate glaze on top.

But growing and enriching the area’s bike racing community is even sweeter.

The criterium series wrapped up its third summer Tuesday at Pikes Peak International Raceway, with Mark Legg customizing the mile-long oval and interior car racing track to make it more technical as the season progressed.

The USA Cycling-sanctioned series offers those who want to elevate their level of competition in bigger cities a midweek, friendly training option.

“It’s a little more low-key, no one’s trying to wreck each other, definitely a lot more enjoyable (than Boulder and Denver),” Michael Giem, who topped the podium in the men’s A race, said.

Prizes were available to winners of Prime laps — and offered an extra incentive. When Amy’s Donuts were on the table, Sarah Bearden tapped into an extra bit of power to hit the finish line.

“‘These are for my kids!’” she recalled yelling at a friend and fellow rider. “The next morning, I was able to tell them, ‘Mommy won you some doughnuts for breakfast!’ It was the best moment ever.”

Giem said he won both Primes on Tuesday.

With attendance numbers lagging, race director Adam Jeffrey said organizers might look to a few changes next year, such as a different venue. The Fountain track has been good to them, but a more central location might be better for those coming from work.

Bearden said there have been times some women — all two of them — have raced with the men. But on Tuesday, she finished third in the women’s B race.

“It’s a lot better because you actually feel like ‘Oh, we have some competition,’ and if you get on the podium you deserve to be there,” she said. “You fought for it.”

Her wife, Jillian, is a pro cyclist and co-founder of the Trans National Women’s Cycling Team. Every two weeks, Bearden said Jillian stubbornly insisted that Sarah give it a try.

“I got dropped like a hot potato, but I cruised on my own and had a great workout and I was so proud of myself for overcoming that.”

There was a lot to master, but the criterium series is full of eager and willing coaches and guides.

Bearden said Legg saw her lagging behind during a race and rode over on his bike to give her some pointers. Everything she knows about cornering, she said, she learned from him.

She recently dipped her toe into the more “aggressive” racing in Denver, and placed last.

“It was OK, the world continued,” she said.

Bearden’s interests lie beyond personal improvement. She’s actively trying to push women’s cycling in the Springs, an area she says needs some encouragement.

Despite being “never naturally an athlete,” she wants to invite others into the “safe” environment.

“You can come out and feel really proud about yourself and learn on your bike and be part of a great community,” she said.

“Women are a lot more afraid of it than men are,” Bearden added. “We want to provide the environment and tools for women to feel interested and safe in racing.”

Giem is an old pro by comparison, as he started racing in college out of boredom. Twenty years later, he says he’s “still loving it” and heavily involved in his team, Tierra Plan Racing sponsored by IntraNerve.

The SoCo Velo criterium is a solid tuneup and building block.

“Everyone’s trying to help each other, not worrying about winning,” Giem said.

“Making everyone stronger helps everyone down the road.”