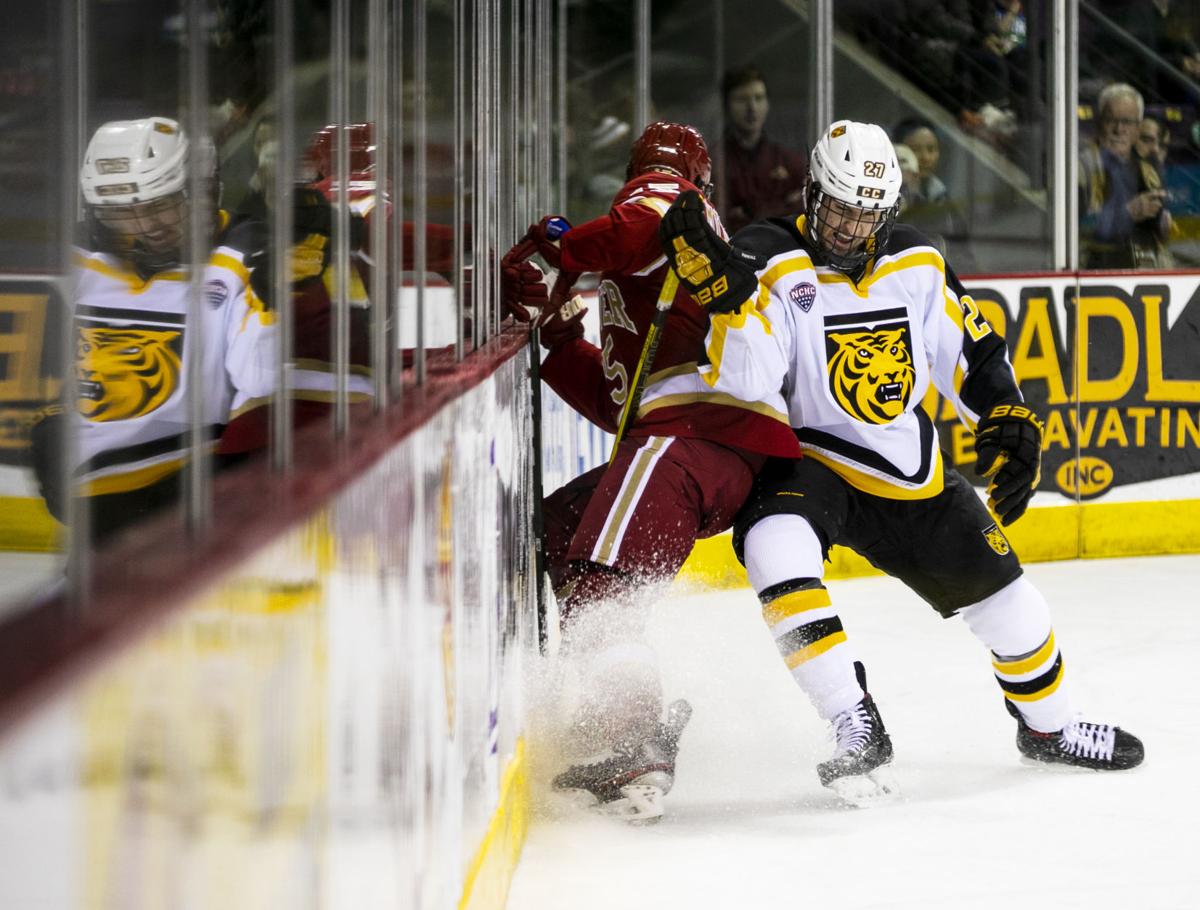 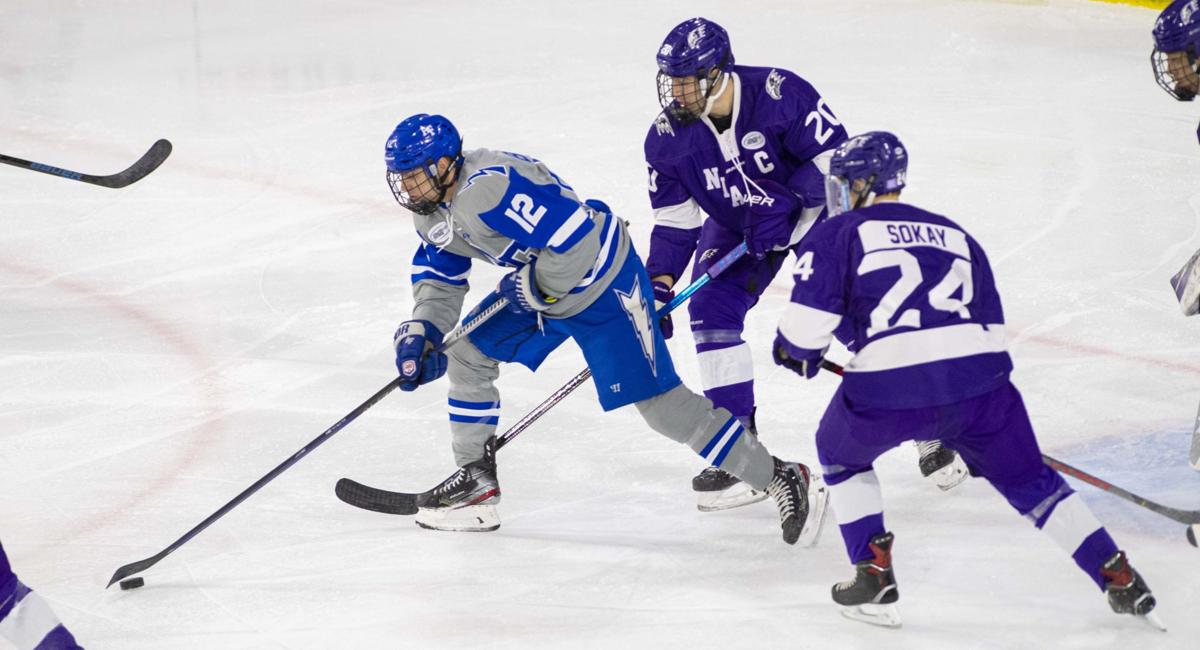 He and Air Force freshman Blake Bride both were raised north of Denver and have been best friends since they were 7 years old. Bride laid claim to one of the bedrooms in the Slavins’ home.

“He basically lives in my house during the summer,” Slavin said.

There were baseball tournaments, workouts, shared vacations and lots of hockey. The pair played together for the Highland Hills Jaguars, Front Range Panthers and the Colorado Thunderbirds.

Josiah’s path to college hockey was fairly linear, while Bride’s was all over the place. At the very end, they met in the 2019 Clark Cup Championship. Each scored a goal but Bride’s Sioux Falls Stampede got past Slavin’s Chicago Steel to win the title.

They’re back to living about 20 minutes apart in Colorado again. This weekend, they’ll be on opposing sides, playing for another trophy. Slavin and the Tigers will host Bride and the Falcons on Friday night, then the teams will head outdoors Monday for the Faceoff at Falcon Stadium.

“Being able to play against like your brother is something special,” Bride said. “You always enjoy it.”

They might try to grab a picture Monday, but both know why they’re there.

“On the ice, you try not to have any friends,” Slavin said. “We’re both competitive kids, we know we’re going to go hard against each other.

“We’re definitely very competitive, and we want the bragging rights against each other.”

A Look Inside Falcon Stadium

Colorado Springs native Pochipinski playing for the other side this time as Air Force, Colorado College face off

Bob and Jean Chmielewski will get to see their Colorado Springs-raised 32-year-old, Tom, work his first outdoor game as an NHL referee, in his hometown, on the grounds of a school that played a big role in his life - Air Force. The Colorado Avalanche play the Los Angeles Kings in a Stadium Series game Saturday at Falcon Stadium.