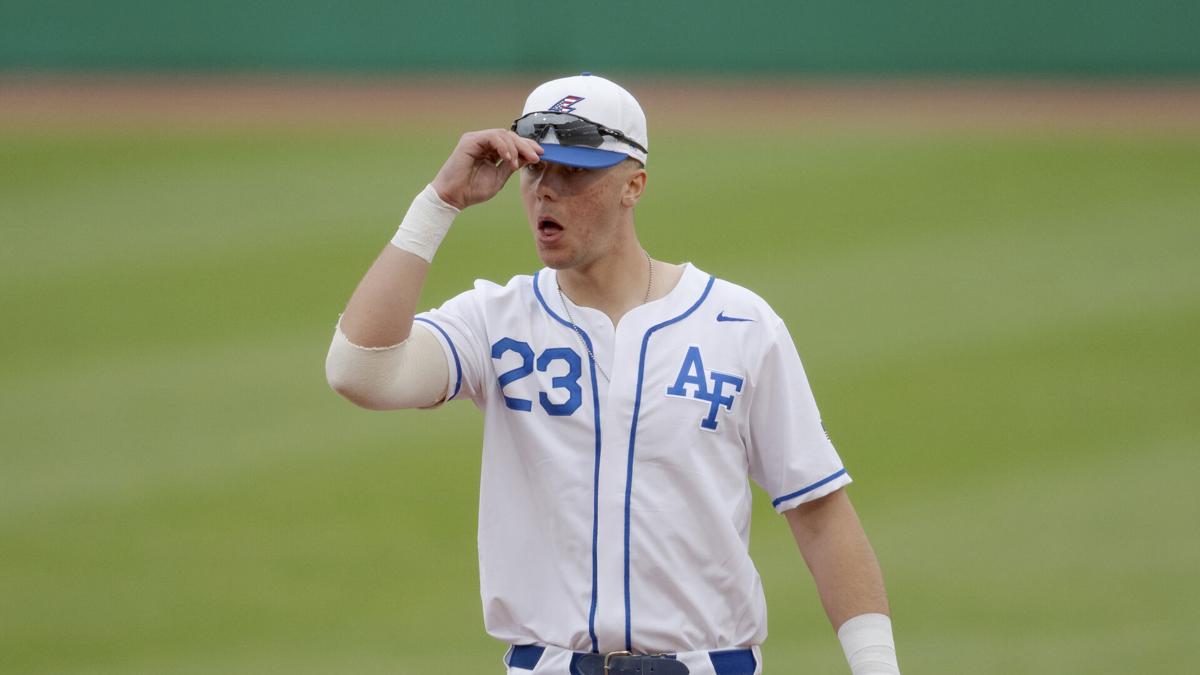 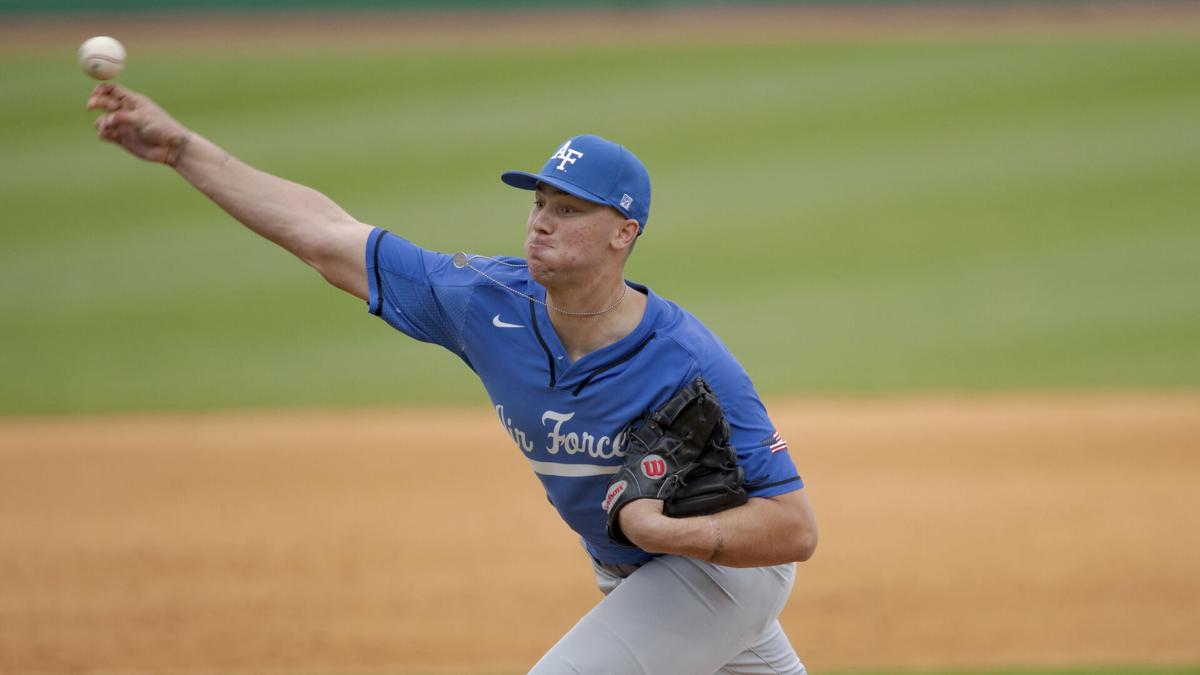 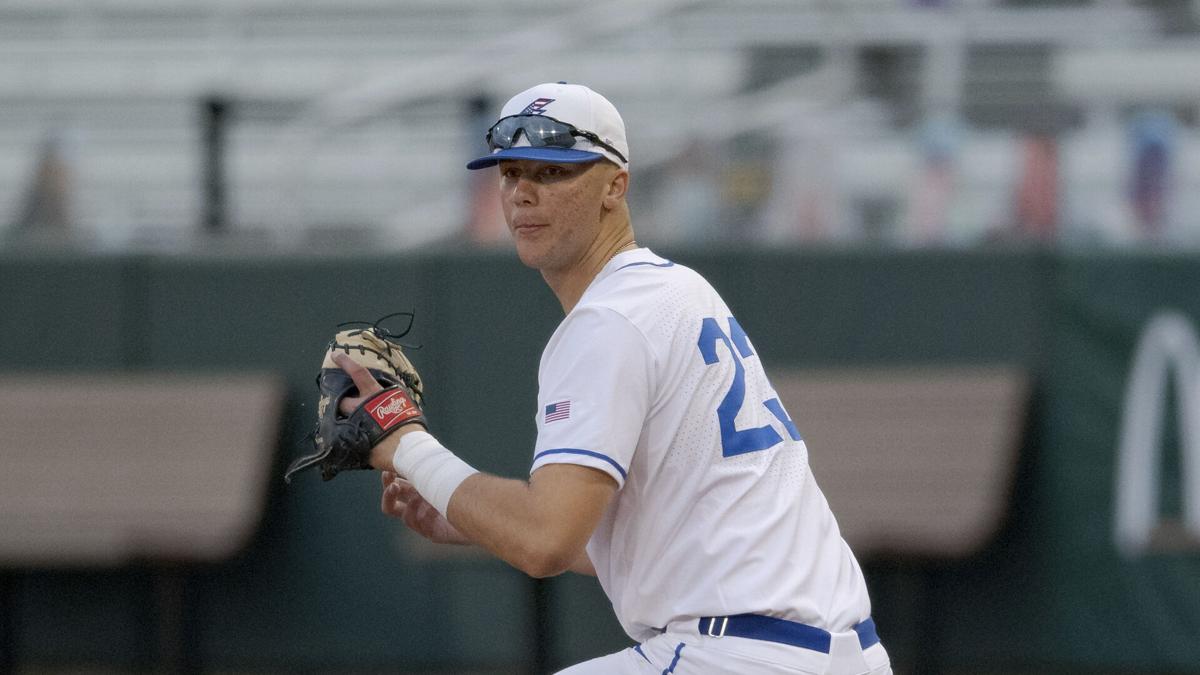 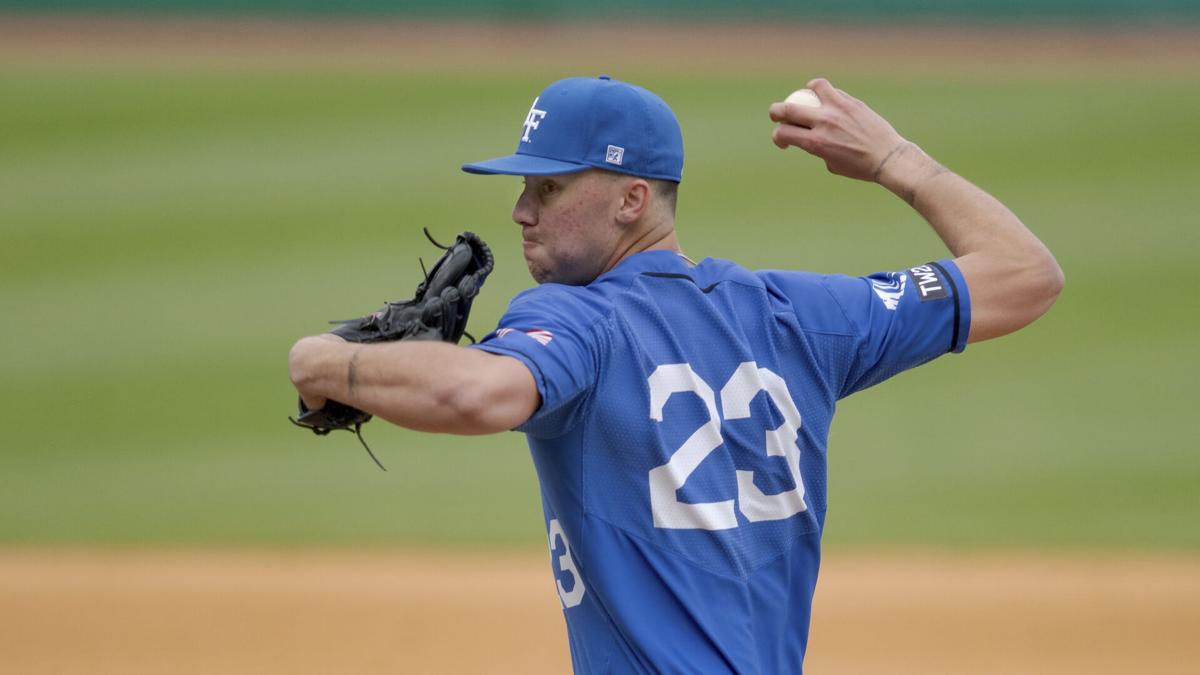 After Skenes appeared on the mound the same day, a Colorado Rockies scout shared his radar gun reading.

“The scout said he was topping out at 100,” Falcons coach Mike Kazlausky said.

Skenes was named Mountain West player of the week Monday after he helped the Falcons (6-6) to upset wins over Wichita State and No. 13 Arizona on Saturday in Tucson, Ariz.

The Falcons have done big things this year, also beating then-No. 7 LSU, and sweeping three games vs. Army. And while much of that success for the long-suffering Falcons baseball program can be attributed to a deep pitching staff and a mostly veteran lineup, a big part has been Skenes — who is just flat big.

“We had an umpire say he might miss a couple because he’s so big in the box (at catcher) that the umpire is having a hard time seeing the ball over his shoulder,” Kazlausky said.

Skenes is unusually tall for a catcher, at any level. While a few Major League Baseball standouts like Sandy Alomar Jr., Joe Mauer and Matt Wieters have stood 6-5, Skenes has even an extra inch on them.

“Sometimes I wonder about that myself,” Skenes said when asked why he doesn’t play a spot that would be a little easier than crouching down with such a tall frame. “But I’ve been doing that my entire life. It’s worked out for me. I’m not going to stop.”

Kazlausky described Skenes as a "nimble" and "agile" catcher.

But he doesn’t just play there. Air Force has used Skenes at first base, designated hitter and closer.

And he didn’t just choose the academy for baseball. A member of a military family — two uncles served in the Navy, another in the Coast Guard — it was a sense of patriotism that drew him to the Falcons.

Skenes said he “fell in love” with Air Force after a camp visit following his freshman year of high school. And despite being ranked the No. 35 catcher in the nation and No. 55 recruit overall in California, the only schools he applied to were Air Force and Navy.

“He’s a program changer for sure,” Kazlausky said. “We’re proud that he’s here. My job is not just to ensure that he becomes a really great baseball player, but more importantly becoming a great man and great husband and great father while wearing our nation’s uniform.”

Recently graduated Air Force baseball player Ashton Easley was signed by the Miami Marlins Wednesday. When he suits up for a Marlins minor lea…