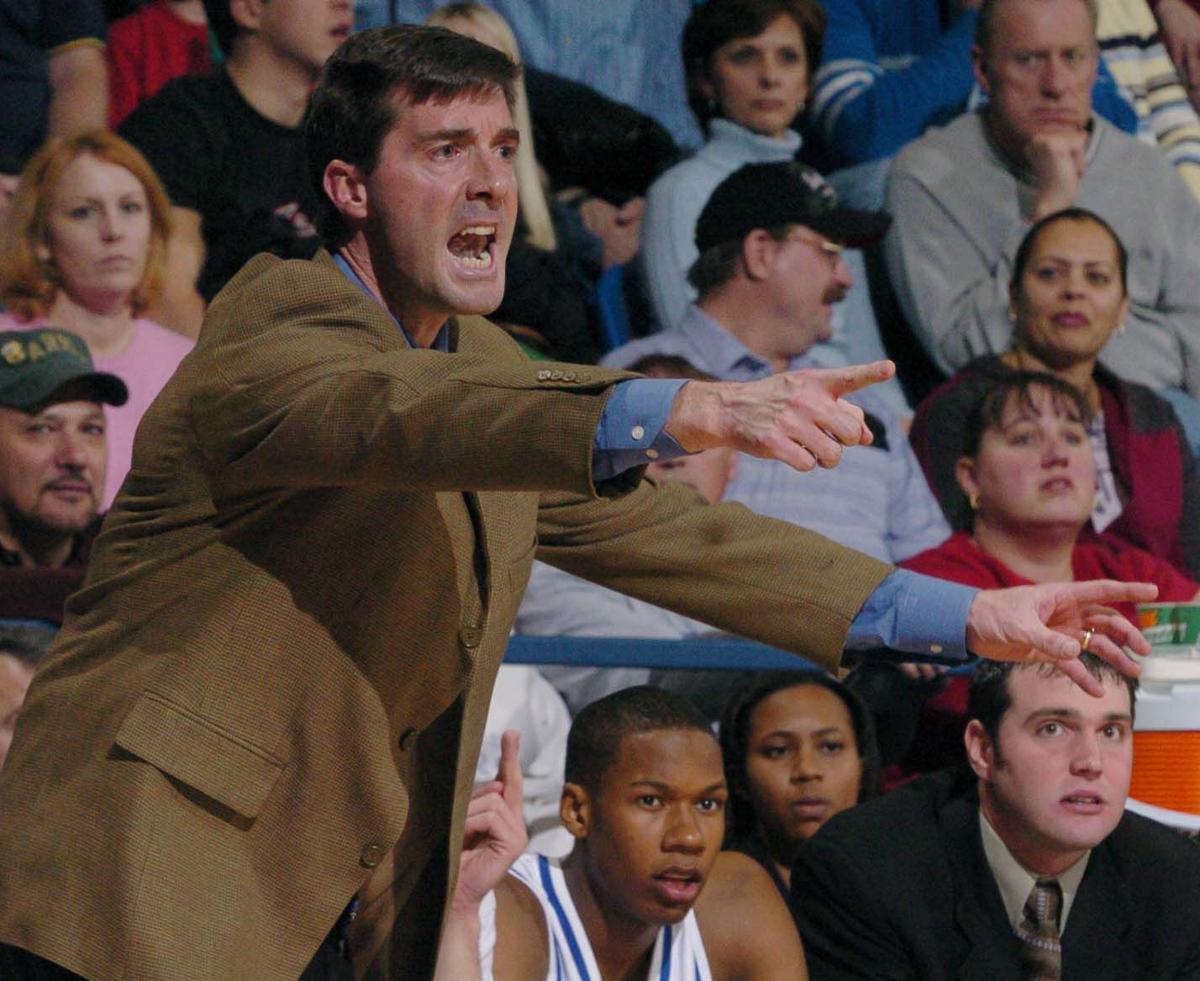 Saturday, February 7, 2004-photo by Jerilee Bennett-Air Force head coach Joe Scott gives advice to his players during the first half of a game against Wyoming. 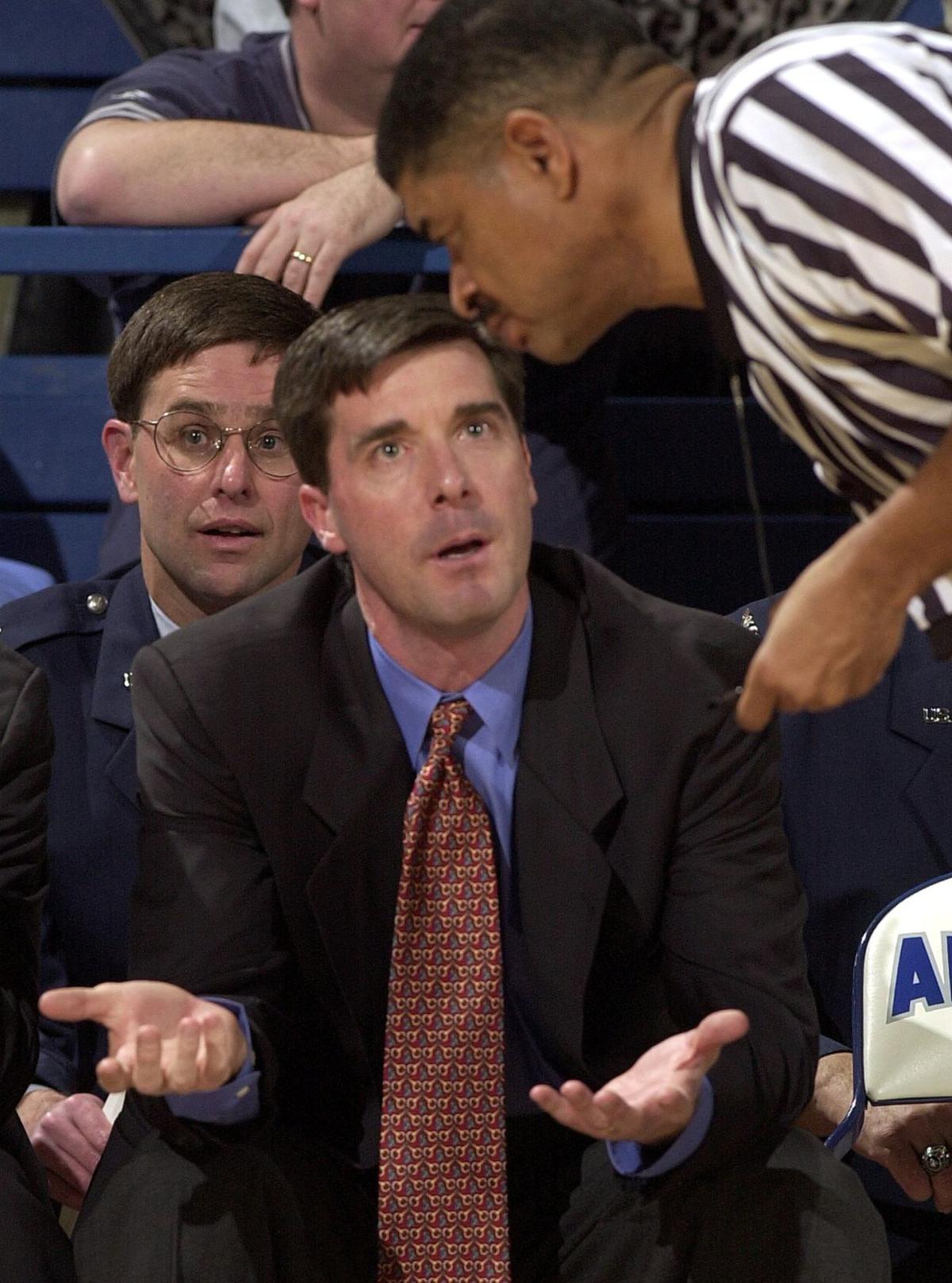 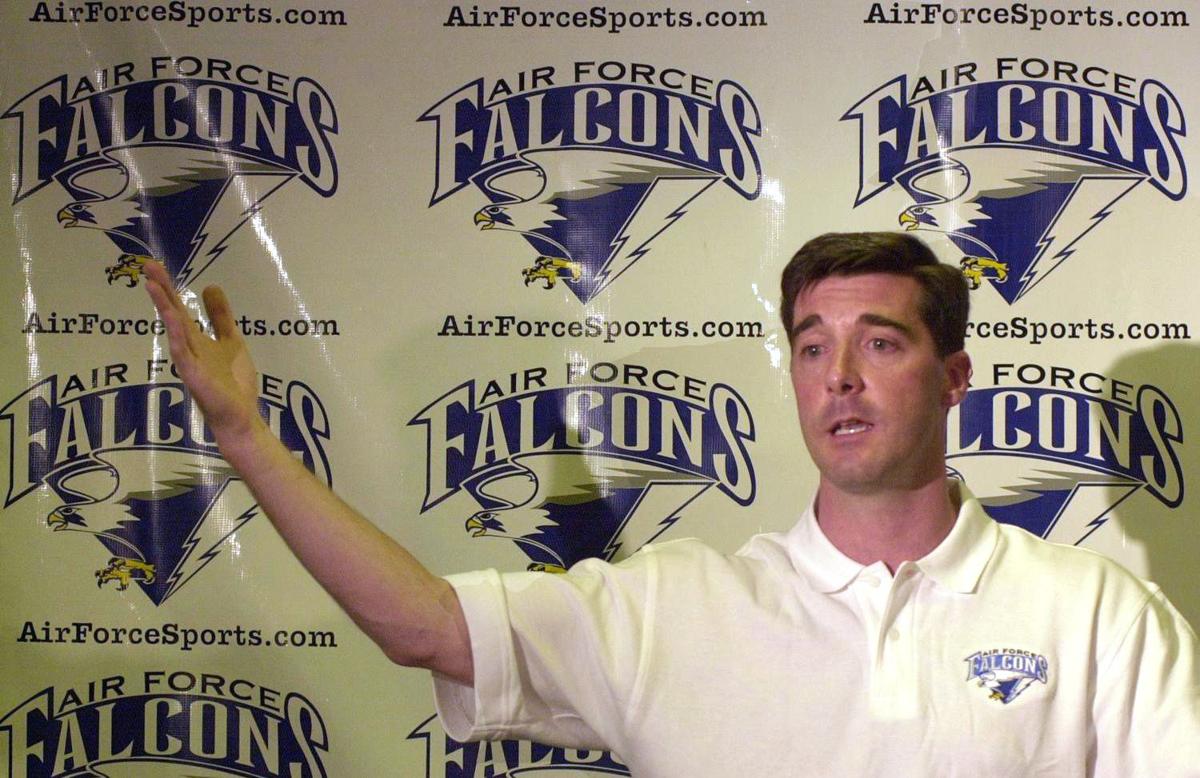 Photo by Jerilee Bennett-Monday, April 11, 2000-Joe Scott is the new coach of the Air Force basketball team. He comes from Princeton University and was the first assistant coach for the basketball team.

Saturday, February 7, 2004-photo by Jerilee Bennett-Air Force head coach Joe Scott gives advice to his players during the first half of a game against Wyoming.

Photo by Jerilee Bennett-Monday, April 11, 2000-Joe Scott is the new coach of the Air Force basketball team. He comes from Princeton University and was the first assistant coach for the basketball team.

Antoine Hood once attributed the close-knit nature of the 2003-04 Air Force basketball team to the players rallying together against a common opponent.

Hood laughed when reminded Tuesday of that comment he made to The Gazette four years ago. He softened the verbiage this time, but his general feelings toward Scott, the former Air Force coach now back in charge of the Falcons, haven't changed. There was never a lack of respect, but any feelings of affection came afterward because of Scott’s unrelenting demands of his team. And Hood, one of the Falcons’ top-10 all-time scorers, wouldn’t change a bit of it.

Joe Scott was hired to coach Air Force basketball on Tuesday, taking over the position he first held 20 years ago.

“He will get every ounce of talent out of you if you’re willing to give it,” Hood said.

Re-hired by the academy Tuesday 16 years after he departed, Scott returns to a program he led from 2000-04. His final season brought a Mountain West title, NCAA Tournament appearance and served as the spearhead for the most successful era in team history. He then spent three years at Princeton, nine years at Denver and then served as an assistant for two seasons and Holy Cross and two more at Georgia.

Talking to former players about Scott, a few key words and phrases came up repeatedly — grit, hard work, continuous effort, competitiveness, individual ownership and, most of all, intensity.

“You could definitely see that he cared about those things and it made us want to care about them as well,” said Nate Engesser, who starred at Colorado Springs Christian School before scoring 852 career points at Denver under Scott.

“You were in control of how good you wanted to become as a player. It was up to you.”

Scott had specific basketball philosophies and preached the details. With the volume turned up.

Largely, it worked. Air Force’s lone conference title came under his watch, as did Denver’s only postseason victory at the Division I level — a 2013 win over Ohio in the NIT.

“It definitely created a tight-knit group, for sure,” Engesser said of Scott’s style, though not in quite the terms as Hood.

“We will recruit players that fit the core values and ideals of the academy and will help develop them into leaders of character on and off the court,” Scott said Tuesday in a release issued by Air Force. “We will help them strive to excel in every aspect of the academy: academics, military training and athletics.”

“They need to have tough skin,” he said. “You cannot be a kid that doesn’t have grit, that’s the best way to put it. A kid without grit is not going to work very well with Joe.”