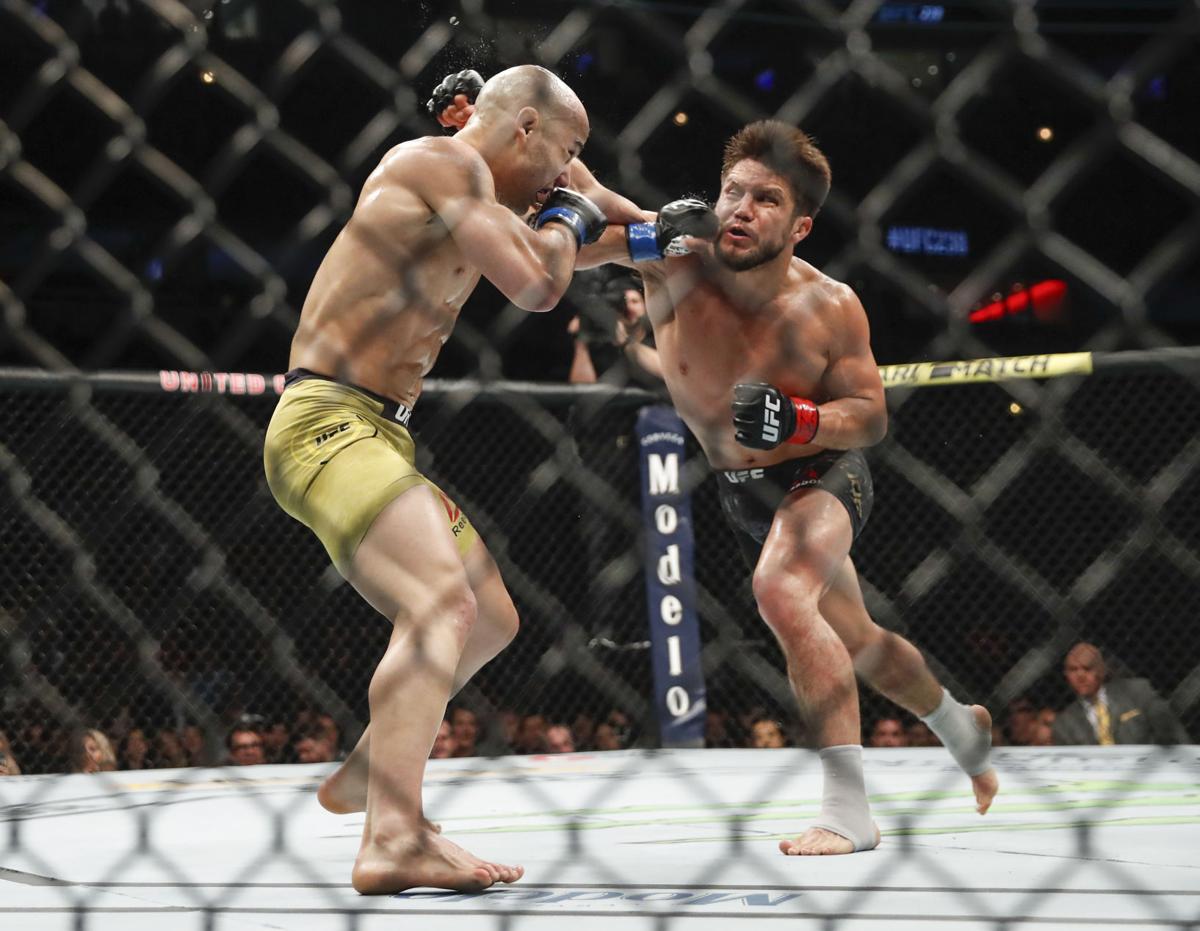 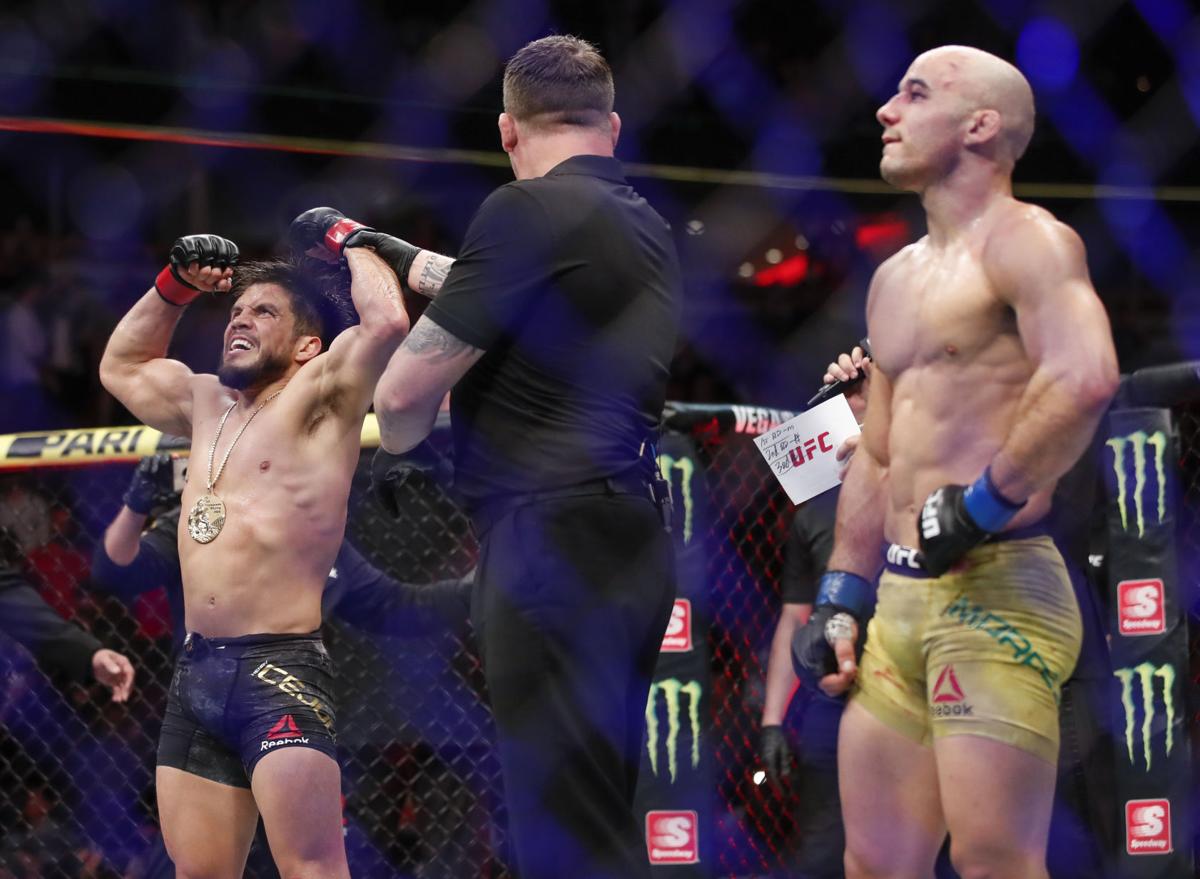 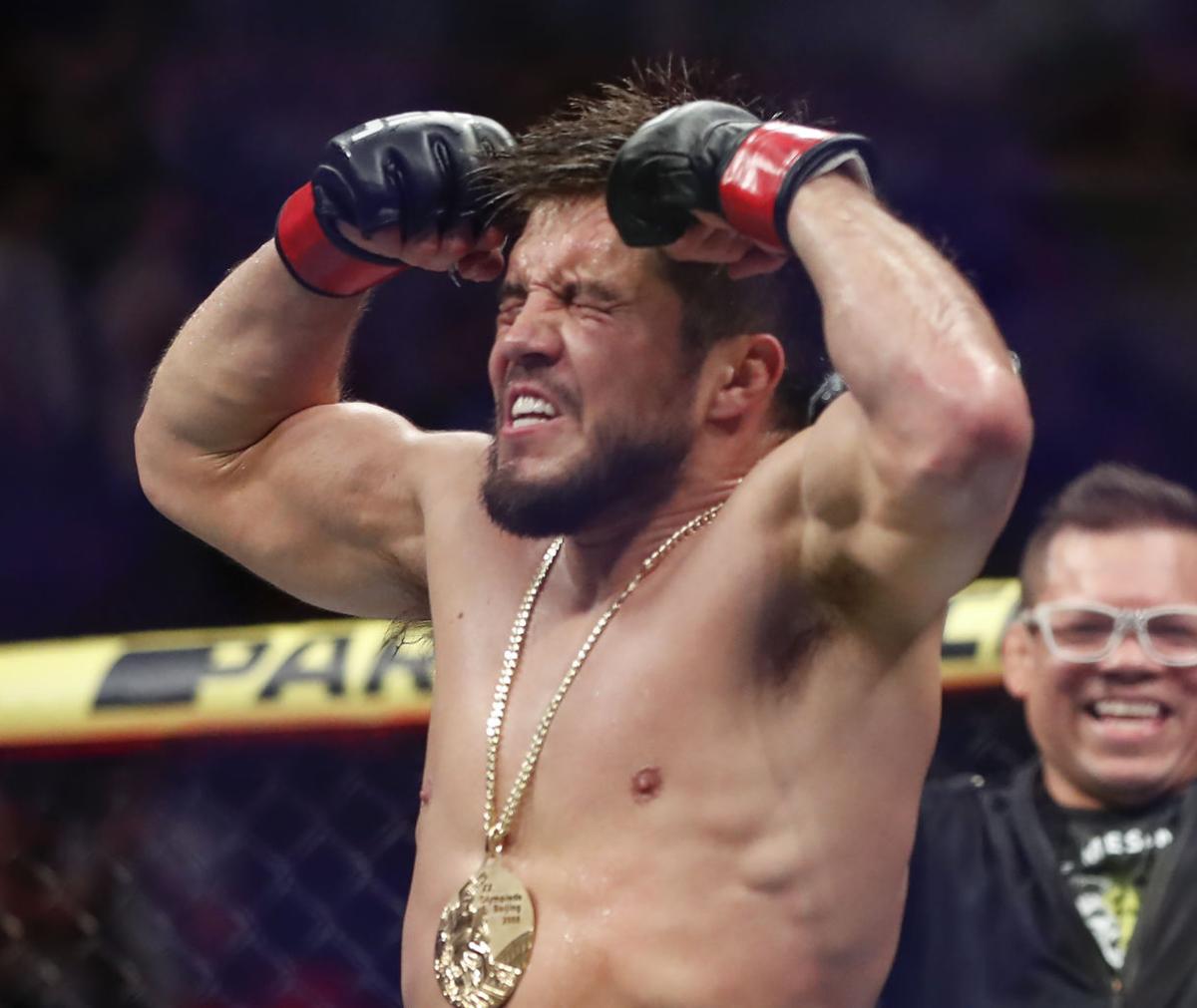 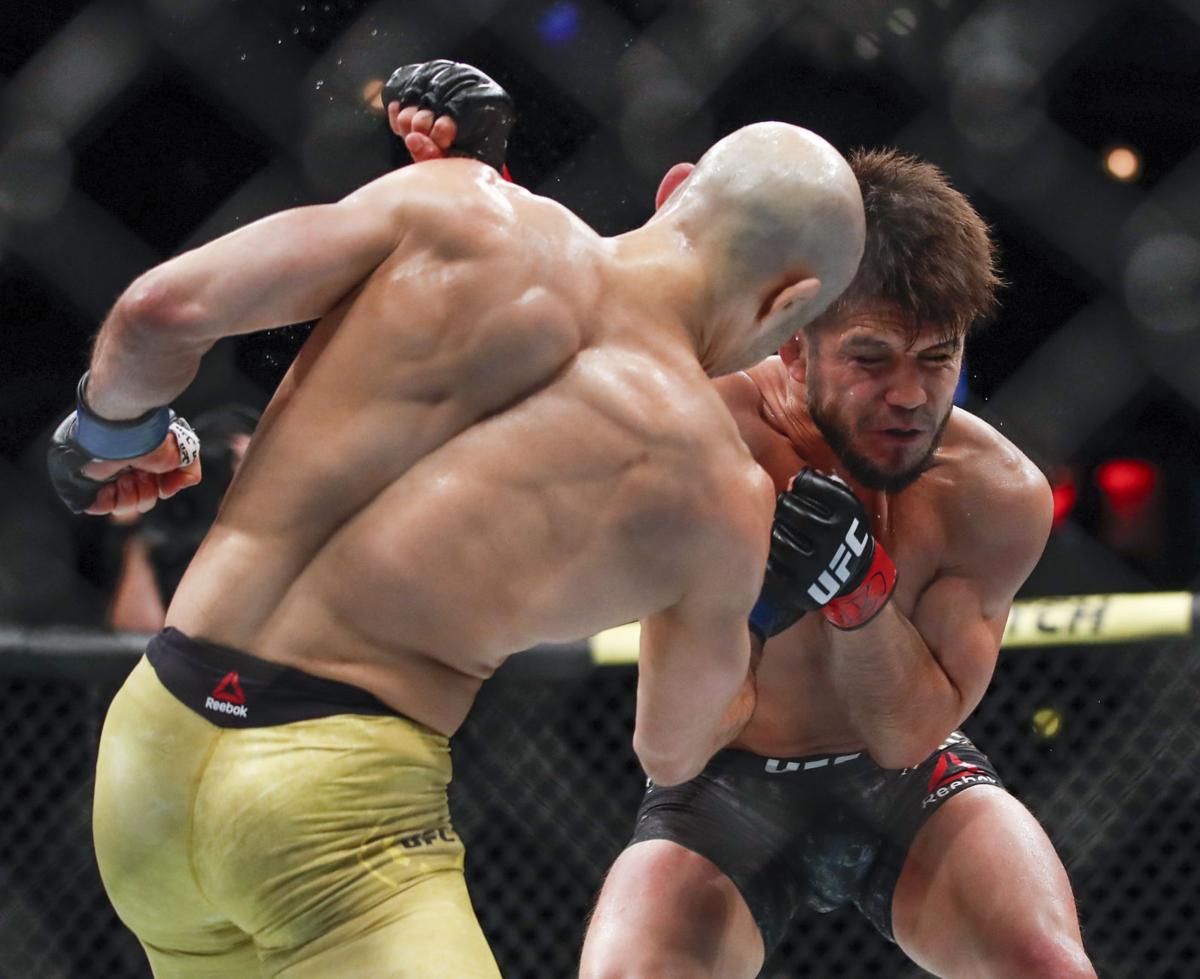 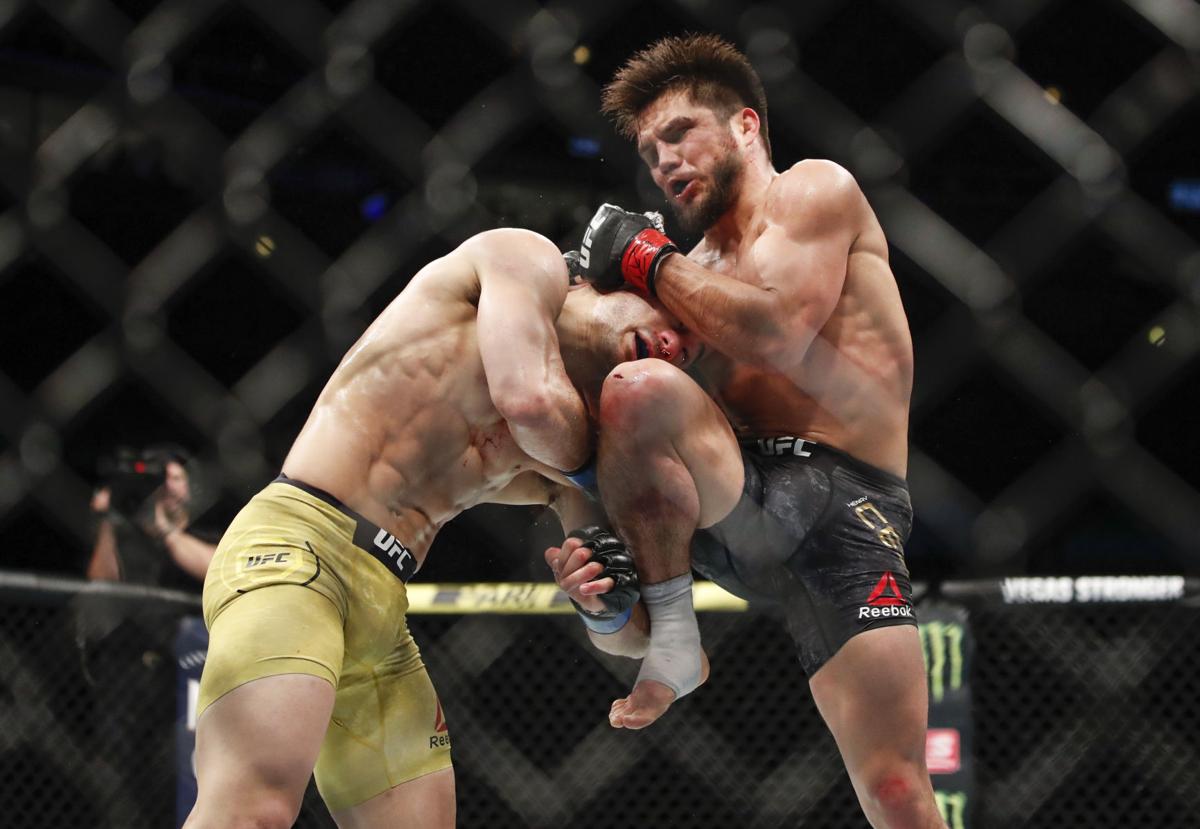 The Messenger felt he earned a new nickname and thrust himself into a whole new conversation on Saturday night.

With a remarkable comeback, Henry Cejudo stormed past Marlon Moraes at UFC 238 in Chicago. The fight, stopped with 9 seconds remaining in the third round, gave Cejudo his second UFC belt.

“I am Triple-C,” Cejudo said to a crowd of 16,082 at the United Center. “Olympic champion, flyweight champion and now bantamweight champion. I am the greatest combat athlete of all time.”

The Coronado graduate and former Olympic Training Center resident has certainly built a combat sports resume that can rival any other. He was already on a giant mural that once faced I-25 from just west of downtown Colorado Springs for his wrestling exploits before he entered the octagon as a second career. And Saturday may have marked the most spectacular turn on that journey.

Through the first round, Cejudo looked overmatched against Moraes. The Brazilian packed more power in his punches and kept attacking Cejudo with sweeping leg kicks low toward a sprained ankle that limited his pre-fight training.

Midway through the second round, Cejudo changed strategies and was no longer content to keep a distance and withstand the kicks. He braved the power and took the fight to Moraes, and from there Cejudo took command.

Moraes took the first round on all three judges' cards. Cejudo swept the second and ended it in the third.

“He threw too much of it. I kept my composure, I stayed active, and that’s all there was to it,” said Cejudo, who claimed the bantamweight belt vacated when T.J. Dillashaw failed a drug test. “His demeanor showed everything. It was like a game of poker. When I saw he dropped his arms, I knew it was time to eat.”

Cejudo spent much of the third round’s latter half holding Moraes on the ground, zapping what energy he had left. He finally went in to finish it with blows to the head when the referee stopped the fight.

In the past 11 months, Cejudo (15-2) has dethroned Demetrius Johnson, who may be the best UFC fighter in the sport’s history. Then he beat Dillashaw, who dropped in weight to meet him as a flyweight just before the failed drug test in January. Now he has beaten Moraes, who held the unofficial title of best pound-for-pound fighter.

What’s next for the former Colorado Springs resident?

“Now,” the new double weight-class champion demanded of UFC president Dana White following his victory, “I want to get paid like a heavyweight.

Does anybody really want the Olympics? Not so much in Colorado, it seems. We’re even willing to give it to Utah.