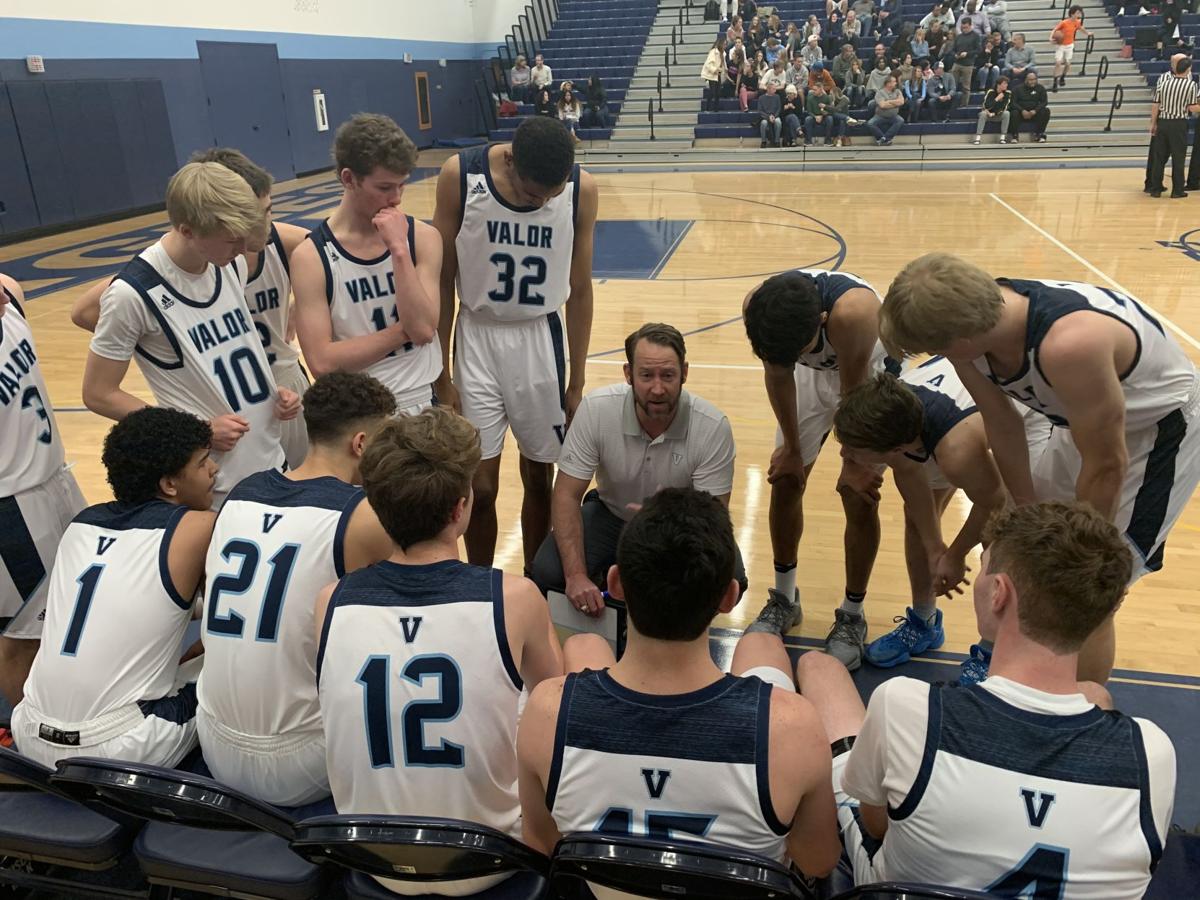 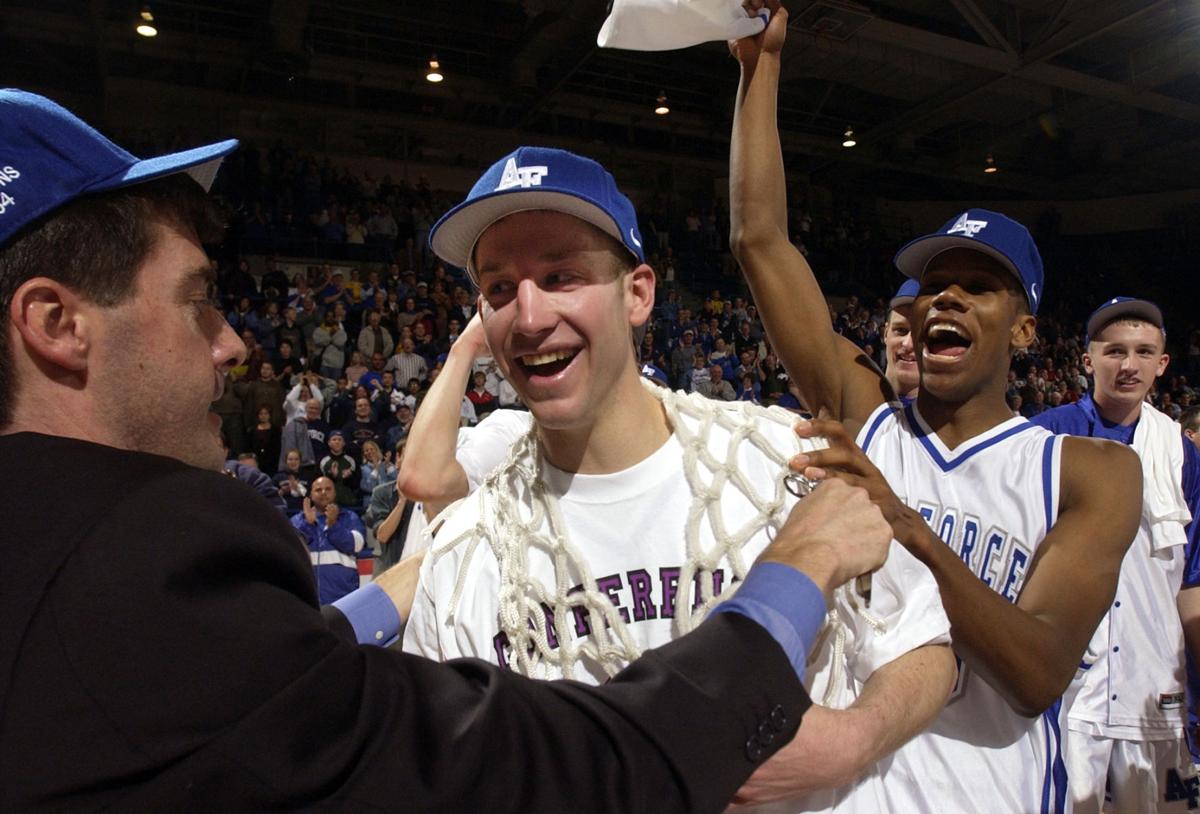 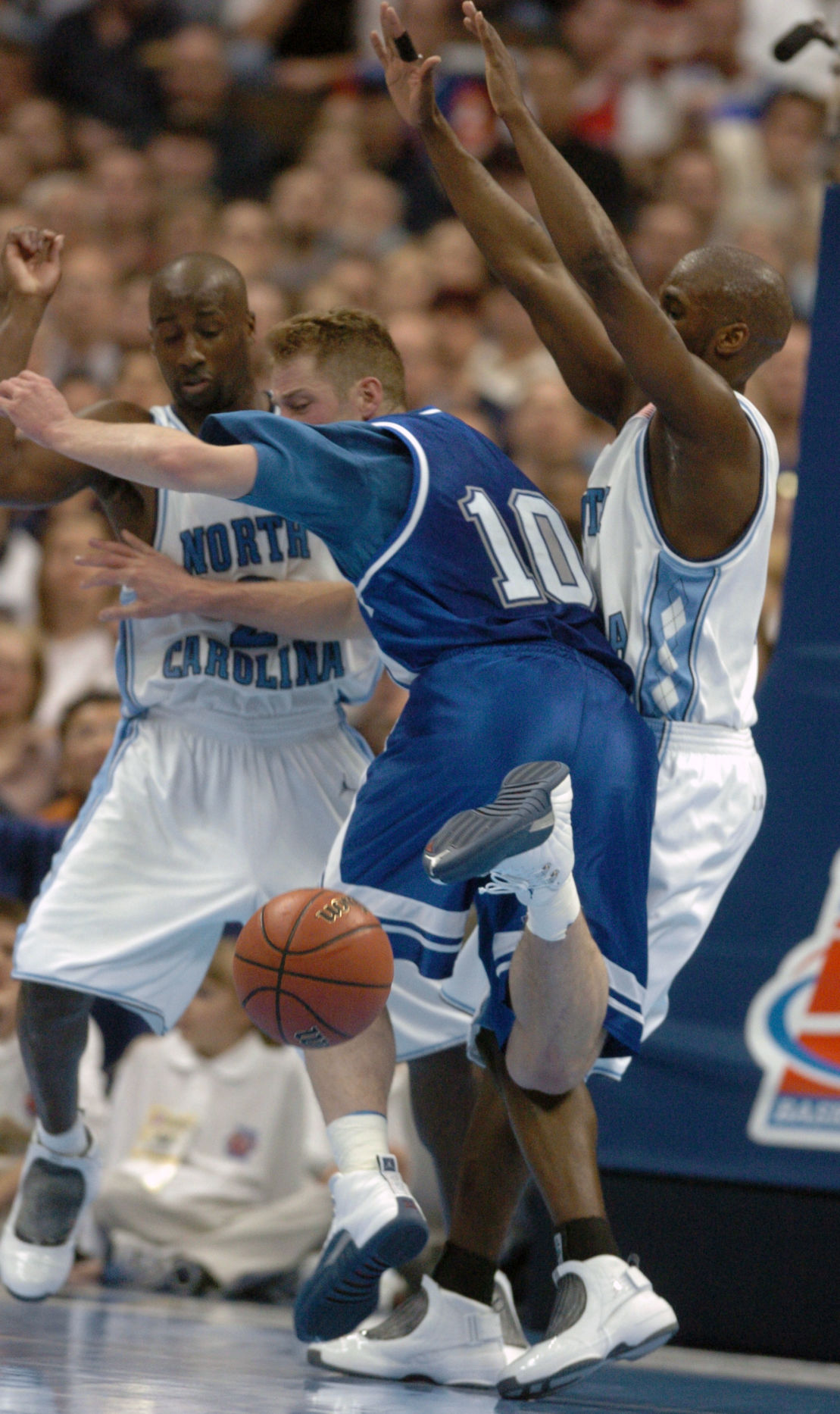 HIGHLANDS RANCH — It was late Friday night, in a Class 5A game against Columbine, when A.J. Kuhle witnessed in real time why he's a basketball coach, through and through.

Amondo Miller — a 6-foot-5, bouncy guard at Valor Christian, where Kuhle, the former Air Force standout, is the boys coach — leapt high for a slam dunk. Months prior, the idea of ‘Mondo’ dunking off his right leg was more of a fun idea than a real thing. (Left leg, no problem. Right leg, no go.) So when Mondo jolted skyward off his right and sent the Valor student section into hysterics, Kuhle cracked a smile.

“It was as simple as, 'Hey, Mondo. Do you think this would add a fundamental skill to your game?' Then you see that personal growth, and it’s just the best feeling,” Kuhle says.

One of the toughest players in Air Force basketball’s history — a captain and the Most Valuable Player on the 2004 NCAA Tournament team — Kuhle’s career arc has followed a twisting path. Assistant at the University of Denver. Assistant at Air Force. Boys coach at his alma mater, De La Salle High in Concord, Calif. Gifts officer at Archdiocese of Denver. Boys coach and advancement officer at Valor Christian, a sprawling, 13-year-old campus in Denver’s south suburbs.

The Eagles are 10-5 in Kuhle's first year as the coach. It’s there, in the auxiliary gym during a practice last week, that Kuhle operates in his happy place: the varsity's 14 players form a circle and one-by-one express gratitude for a blessing in their life. My family, one says. This team, another says. Basketball, one says.

Kuhle’s list of gratitude would fill this Sports section but can be summed up in his current capacity, basketball teacher. He credits three mentors of his own, in particular: Frank Allocco, the longtime boys' basketball coach at De La Salle High; Eddie Weichers, the famed boxing coach at Air Force; and Gregg Popovich, the Air Force graduate and five-time NBA champion coach.

Playing for Allocco, Kuhle learned the gravity of competing for something larger than yourself. As a second lieutenant teaching boxing classes with Weichers, he witnessed the value of personal growth: “You have freshmen coming into that class and it’s the first time they’ve ever been punched. It's a shock for some. They just run away from the first class.”

Later, Kuhl says, “Over a 10-week period, by the time they’re done, their natural confidence is through the roof. Now they’re comfortable defending themselves.”

And it was Popovich, whom he befriended with USA Basketball and in a summer league stint with the San Antonio Spurs, who encouraged Kuhle to follow his heart and exit the college coaching grind to pursue the De La Salle gig.

Then let’s definitely print it.

“I remember the conversation. Coach Pop said, ‘My favorite time coaching was at Division II. You’re going to find that same type of value at De La Salle. You’ll be able to teach,’” Kuhle says. “He said, ‘I love the Spurs, but the reason I stay here is they pay me $14 million a year.’ I said, ‘Coach, stay there.’ I would stay there too.”

Valor's players share only a vague knowledge of Kuhle’s career at Air Force. They were toddlers when No. 11 Air Force had No. 6 North Carolina on the ropes in the NCAA Tournament at Pepsi Center. One moment sticks with Kuhle, a Tar Heels possession that turned the game’s momentum: the Falcons played 34 seconds of perfect defense before Raymond Felton, one of six future NBA players on the North Carolina roster, threw in a 3-pointer as the shot clock expired.

Still, his players feel the influence of a coach with Air Force connections. Kuhle joined classmate Casey Weinstein, a State Representative in the Ohio legislature, to speak to the current Air Force squad prior to this season. And when Valor traveled to Las Vegas for a holiday tournament, Kuhle arranged a field trip to Nellis Air Force Base, site of the Air Force’s version of a “Top Gun” operation. The Valor kids toured the cockpits of F-16 fighter jets, hosted by another one of Kuhle’s classmates.

“I hope it spurs at least one of them to someday be at a place like that, maybe flying planes or serving at the academy,” said Kuhle, whose wife Lindsay is the highly successful women's golf coach at DU.

Would Kuhle someday consider a return to the college ranks?

“I’ve always said I’m so happy where I’m at. Whatever comes from that will generally sort itself out,” Kuhle says. “We’re very fortunate here, that we have the opportunity to use a Christ-centered focus in everything we do. You don’t have that everywhere.”

With that, the coach glances over the day’s practice plan, structured the same as one they would have used at DU and Air Force — a focus on fundamentals, leadership, a hoops history lesson, a John Wooden quote. Back to teaching.

They average 21.9 points apiece for St. Mary's High School. It started for Josephine and Sam Howery on the family driveway, Paul Klee writes.