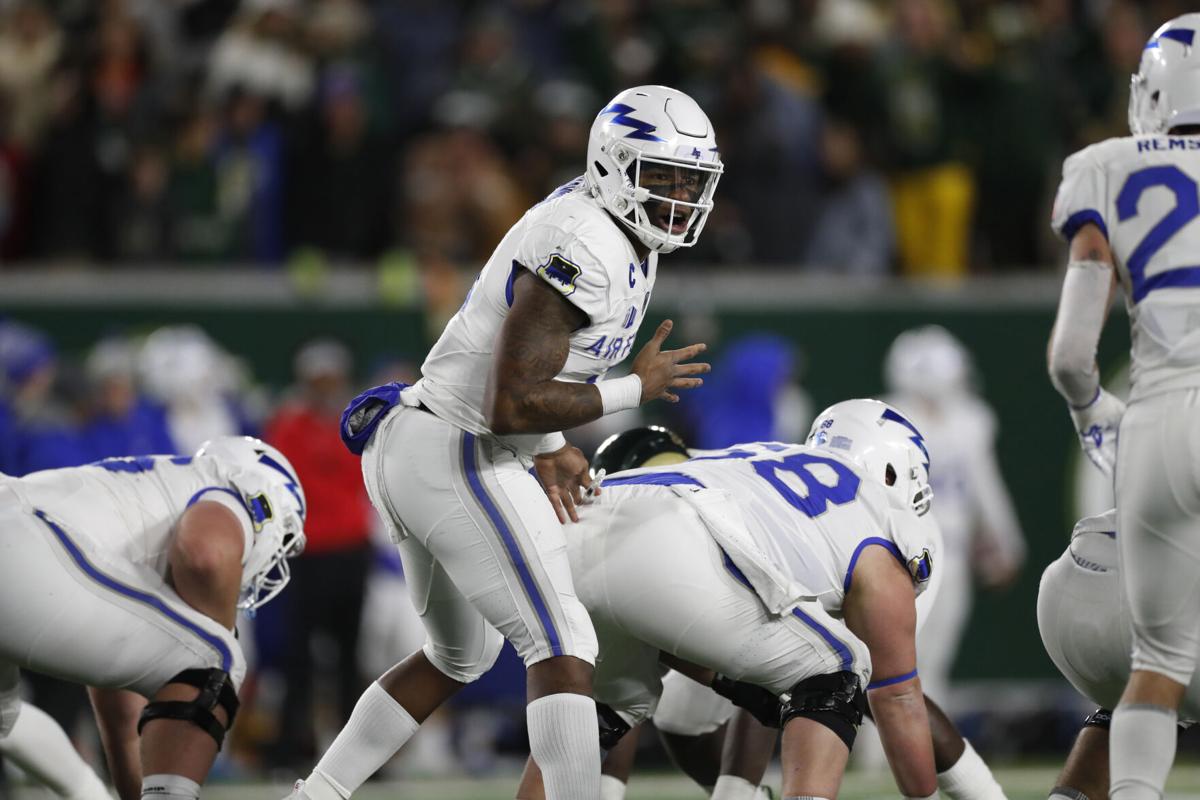 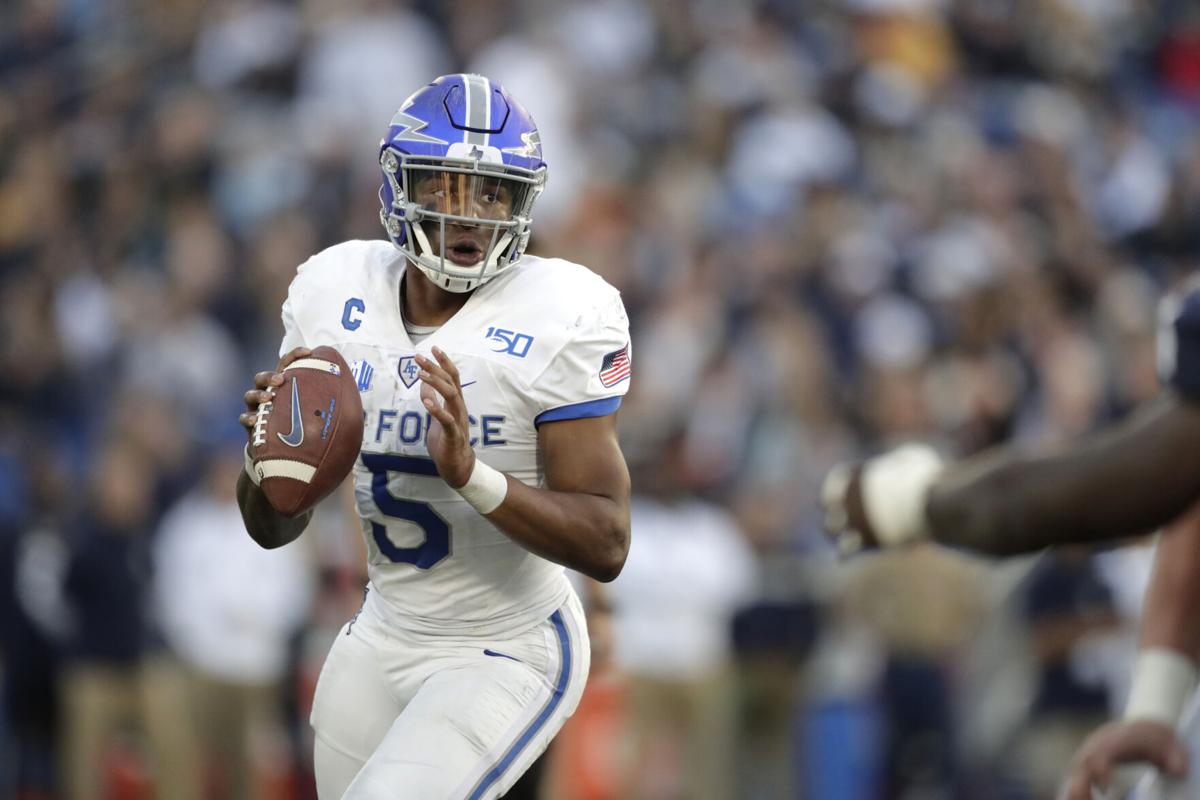 Donald Hammond III sits at No. 6 among quarterback on one draft guru’s board.

“You saw a prospect that obviously has the running skills, but it was the passing ability that really caught your attention,” Emory Hunt of Football Gameplan said of the former Air Force quarterback. “He throws with great velocity, can throw well on the move, and his downfield passing field vision was the most underrated part of his game in my opinion.”

Ryan Roberts of RiseNDraft calls Hammond, “the developmental Day 3 quarterback to have!”

Nate Tice, son of former NFL coach Mike Tice and a regular contributor with The Athletic, raved about Hammond on a Twitter thread, breaking down video of his throws and noting, “you guys are not ready for Air Force QB Donald Hammond III.”

What do these national mentions do for Hammond in the lead-up to Thursday’s NFL draft? Not a whole lot, his agent said. Because the NFL scouts were already well aware.

“A lot of those connections were already built,” said Spencer Armstrong, a 2009 Air Force graduate and Hammond’s agent, who said about 20 NFL teams have been in contact about Hammond, eight to 10 in depth. “We saw a couple more teams come on board after those, but I'd say a lot of that was already in the bank before those stories were out there.”

Where the small bits of hype have helped are with the messaging Armstrong and Hammond are trying to convey, and that has been no small challenge as they market a quarterback from a triple-option program. On top of that, Hammond’s departure from the academy has brought on questions from teams.

Hammond has acknowledged it was an honor violation related to academics that took place at Air Force. Armstrong said Hammond has been up front with teams about it and has taken responsibility.

“Yeah, it was a mistake,” Armstrong said, “but he’s learned from it.”

It was the violation that caused Hammond to lose his standing as a cadet and miss the 2020 season and ultimately separate from the academy. Hammond plans to pay back the cost of his education, but Armstrong said the final determination hasn’t been made and service of some kind could still be an option at some point.

With NFL teams sorting through player issues of a criminal nature, there’s little doubt Hammond’s violation would not be held against him if he can help a team.

But that’s the big question.

The comparison Hammond’s team is trying to make is with Eagles quarterback Jalen Hurts, who has almost identical size to the 6-foot-1, 228-pound Hammond. Armstrong describes both as bigger-body guys who love the weight room and have natural passing ability that plays at the NFL level.

Hammond’s team has considered marketing him as a Taysom Hill-type hybrid who could play other positions in addition to quarterback, and they were willing to work out at other spots for teams. But thus far he has been analyzed — at least as far as his team knows — as a quarterback.

In Hammond’s corner is Air Force coach Troy Calhoun, a former NFL offensive coordinator, who has fielded calls from teams and “has given the two thumbs-up to being able to play at the next level,” Armstrong said.

Hammond has been working in his native Atlanta with quarterback coach Quincy Avery, focusing on his footwork.

He was Air Force’s all-time leader in passing efficiency (164.09) and average per completion (20.6) and led the team to a 11-2 record and No. 21 national ranking in his lone season as the full-time starter.

The entire situation is covered in question marks, as it always is with players from service academies. Questions about pass protection are sure to surround Falcons’ linemen Parker Ferguson and Nolan Laufenberg, though both seem safe bets to at least find their way into an NFL camp and perhaps go in the draft. Being a quarterback, and not one like recent Navy quarterbacks Keenan Reynolds and Malcolm Perry, who were drafted as receivers, only adds to the intrigue.

Armstrong believes Hammond will sign as an undrafted free agent if he doesn’t slide into a late round in the draft.

Hammond could have perhaps avoided some of this by transferring to a program that would have allowed him to develop and showcase his passing abilities, but on the advice of academy coaches and his own determination, he decided he was ready.

“I don’t see why I wouldn’t take a shot on me,” Hammond told Roberts on the RiseNDraft podcast.

Several pundits share the same opinion of Hammond and his abilities. Soon, we’ll know if an NFL team feels the same way.

Players who could be drafted from Colorado, Colorado State, Air Force

Several players from Colorado's Division I FBS schools could hear their name called this week at the NFL draft, which begins at 6 p.m. Thursday.