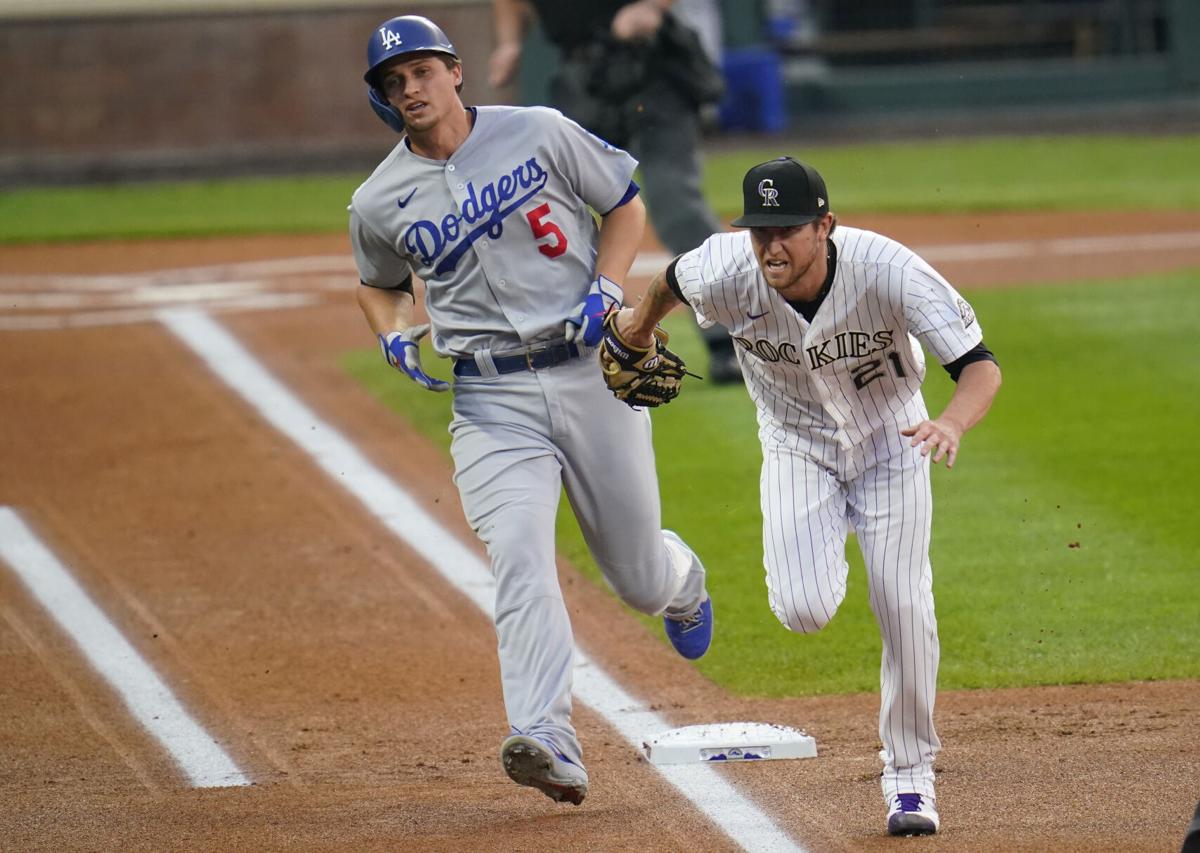 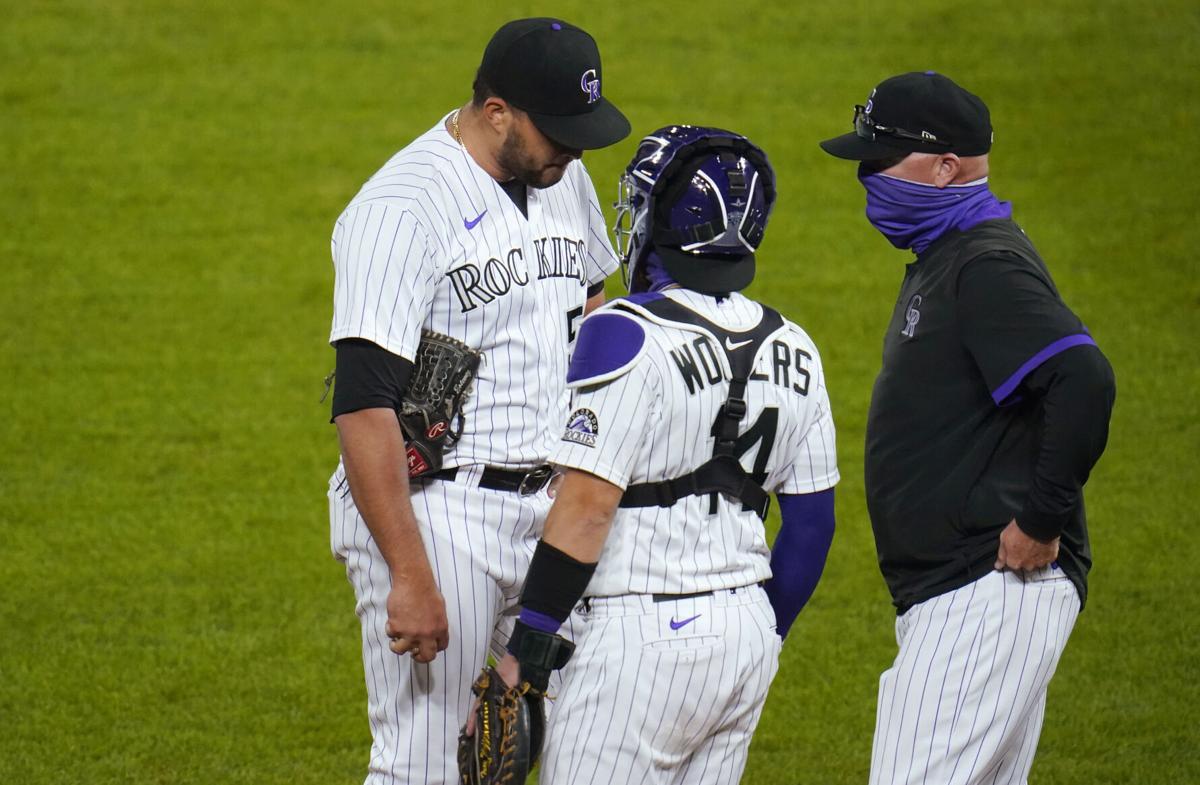 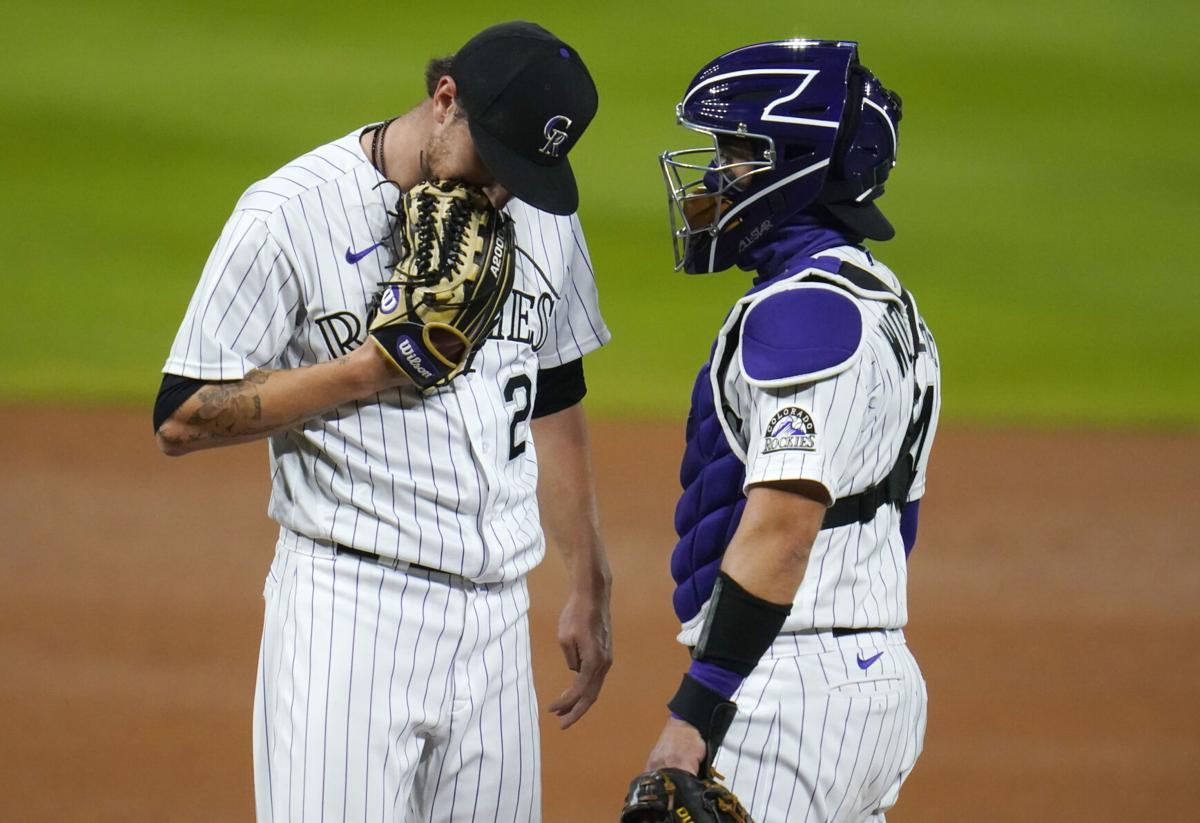 This felt like the death knell, and if so, it came in appropriate fashion.

The Rockies fell 9-3 to the Dodgers on Thursday night. They jumped out early, lost their lead, then watched helplessly as Los Angeles ran away with it. And it happened behind a mostly solid starting pitching performance, bats that flashed early and went silent, and a shaky bullpen.

This should sound eerily familiar to anyone tracking Colorado’s season that started so promising at 11-3 and has been in a prolonged tailspin ever since.

The loss drops the Rockies (22-27) to 2½ games back for the National League’s final playoff spot. And while they remain very much alive mathematically with 11 games left, they now would need to jump past three teams to qualify. And the next three games are against these same Dodgers, who are humming along with baseball’s best record at 36-15.

Realistically, it’s going to take something in the vicinity of a 9-2 finish to advance at this point (maybe 10-1), and there has been little evidence this team has that in the tank — particularly with the offense going as it is. This was the 17th time since Aug. 9 that they’ve failed to score more than three runs, and they are 2-15 in those games.

A sense of desperation has been present throughout this final home stand, and Colorado is now 2-4 in those games.

The 2-0 lead held up until the Dodgers tied it in the fourth with a Corey Seager home run and Justin Turner run forced in when Enrique Hernandez was hit by a Kyle Freeland pitch with the bases loaded.

The game remained tied 2-2 until the seventh inning when Freeland (2-2) recorded the first out, then allowed the next two runners to reach. The Rockies then opened the bullpen doors and a flood of runs spilled out in a seven-run inning.

"At that point, Kyle had sort of hit the wall," manager Bud Black said. "His stuff wasn’t as crisp, I don’t think, as that inning unfolded."

Freeland’s final line was four earned runs in 6 1/3 innings. He gave up six hits, two walks and struck out five.

The Rockies had just five hits — including a Story solo home run in the eighth — off Dodgers starter Julio Urias and four relievers.

"You can’t get frustrated with it," Freeland said of the offense's prolonged inability to break out and take pressure off a starting rotation that remains near the top of baseball in several statistical categories. "We’re out there trying to do our job to the best of our abilities, get deep into games and try to give the offense a chance to help us win a game."

Former Rockies All-Star pitcher Ubaldo Jimenez announced his retirement Thursday. Jimenez went 56-45 with Colorado from 2006 through 2011. He hadn’t pitched since 2017, but had attempted a comeback with the Rockies this year with an invitation to spring training. The Rockies released him on July 20.