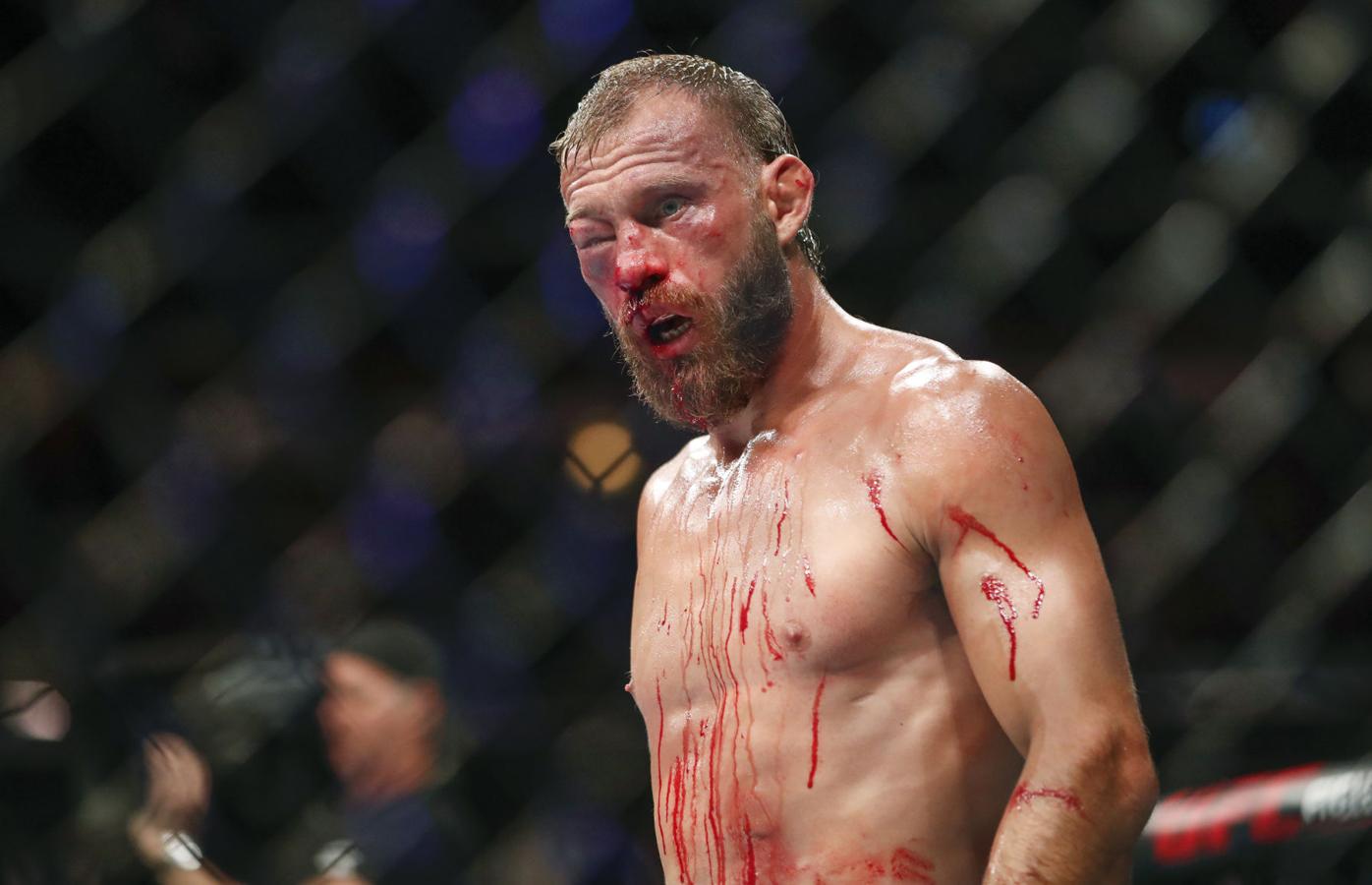 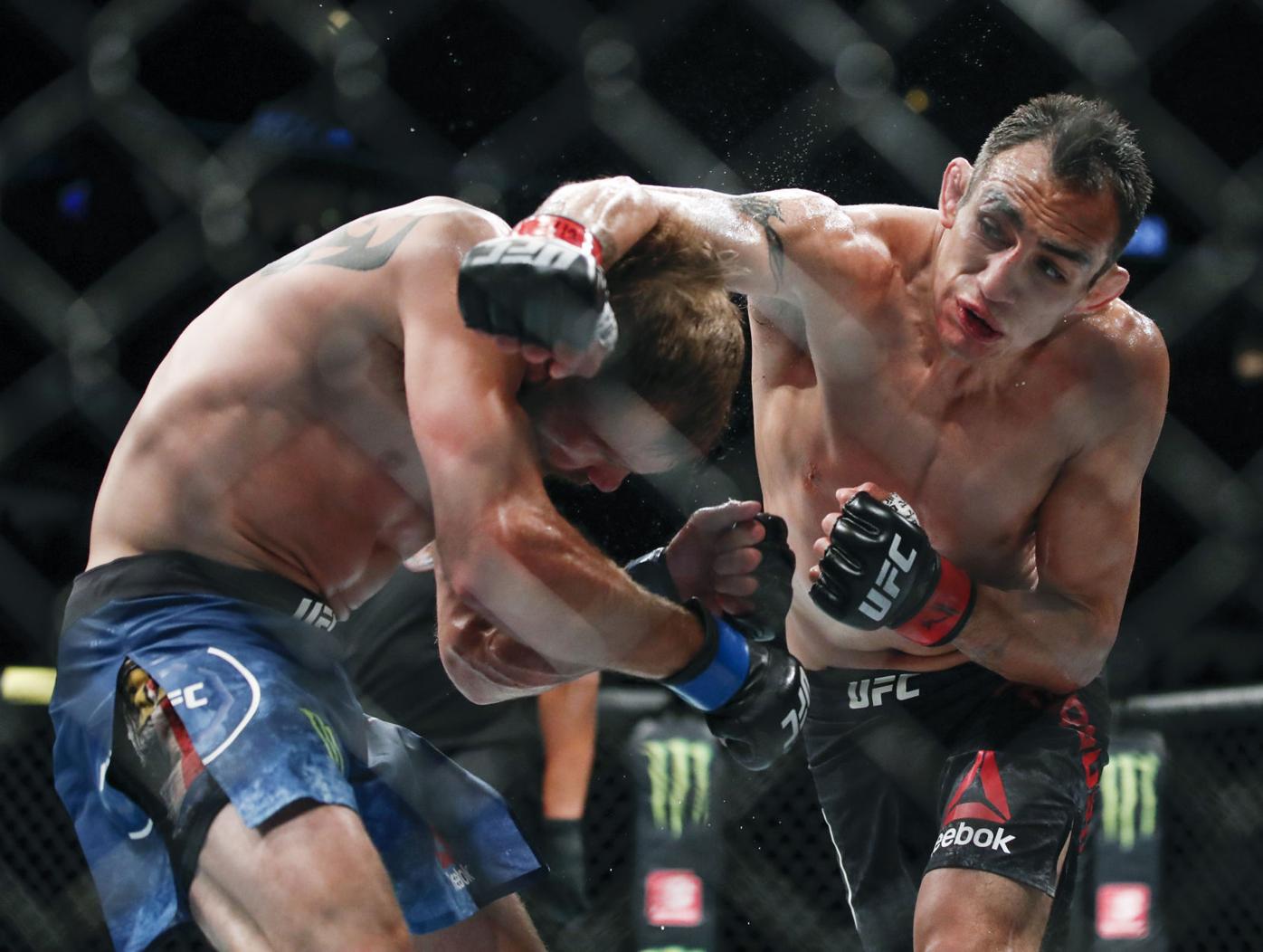 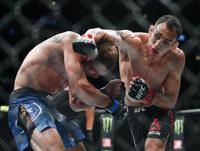 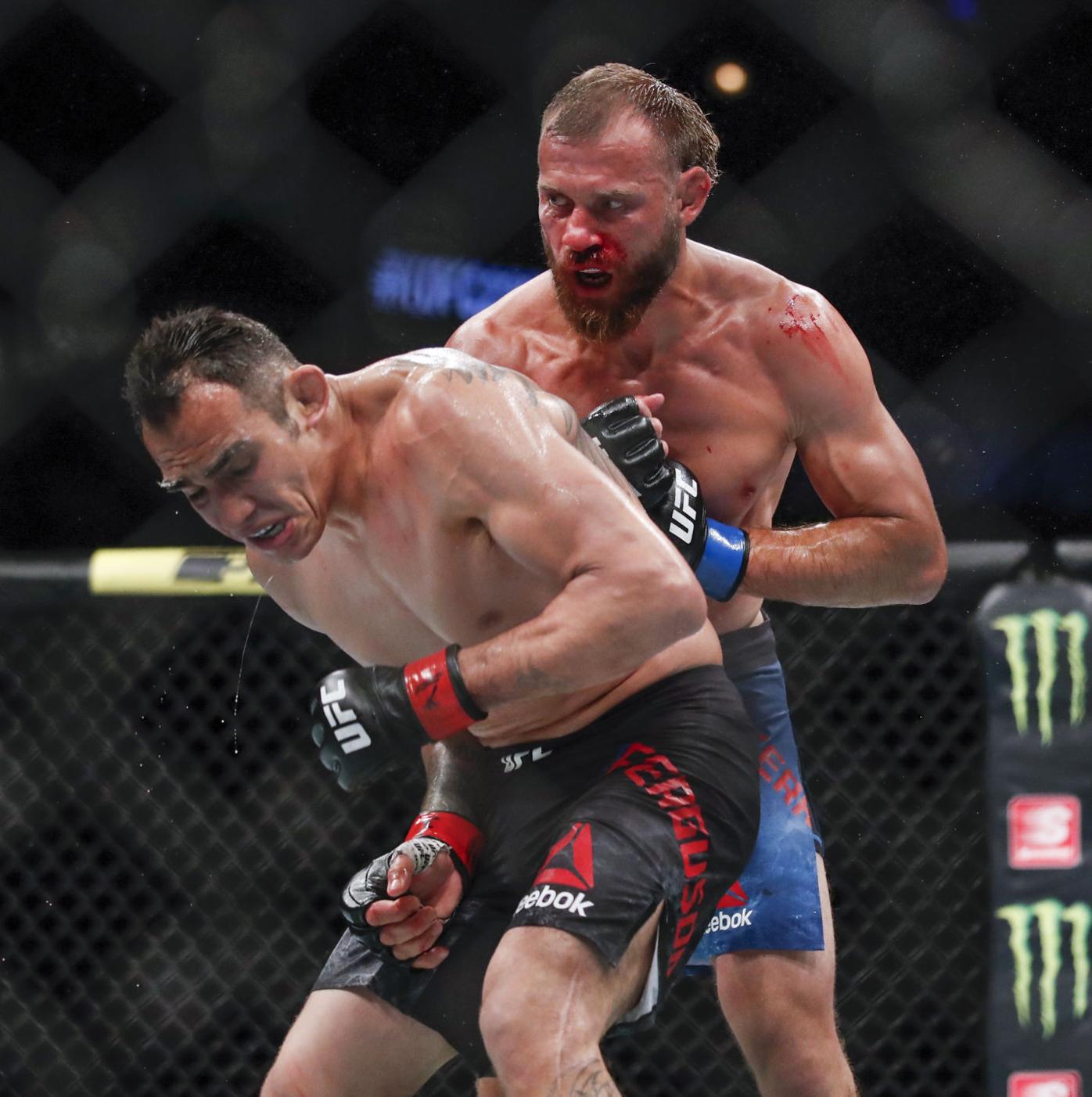 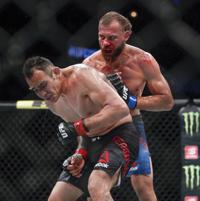 Doctors nixed Donald “Cowboy” Cerrone's efforts to continue as his right eye swelled shut before the third round of his lightweight fight against Tony Ferguson at UFC 238 in Chicago late Saturday night.

Ferguson landed a punch square to Cerrone's nose after the horn in the second round, but Cerrone, an Air Academy graduate, said it “had nothing to do with” the stoppage.

Cerrone (36-13), who fights out of Albuquerque, took the first round on one of the three judges' scoreboard, landing a series of effective jabs. But the feisty Ferguson (26-3) was easily the more energetic of the two through the second round, which he won unanimously. He began to land impactful blows — including a spinning elbow to the face — as the round progressed and Cerrone began to slow.

Blood began flowing from Cerrone’s mouth during the second round. His eye swelled as his corner tended to him before the third round, and it closed when he blew his nose seconds before the round was to begin.

“I’m a better person, better fighter than that,” Ferguson said when expressing regrets over the punch that landed late after the second round.

Donald "Cowboy" Cerrone, an Air Academy graduate, and Raquel Pennington, a Harrison product, are on top of the card at UFC 246 in Las Vegas, where Conor McGregor's presence in the bout with Cerrone has brightened the spotlight.