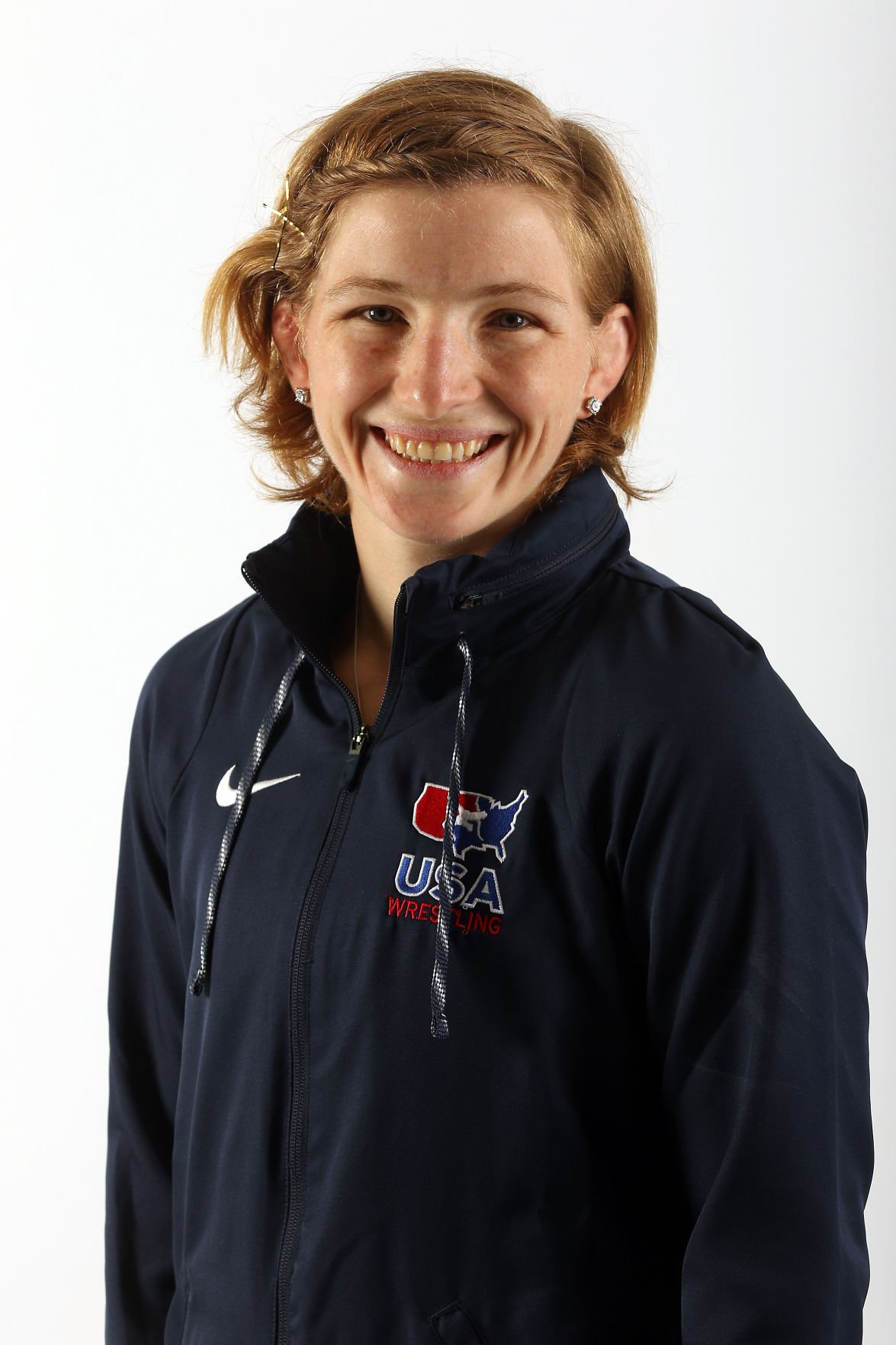 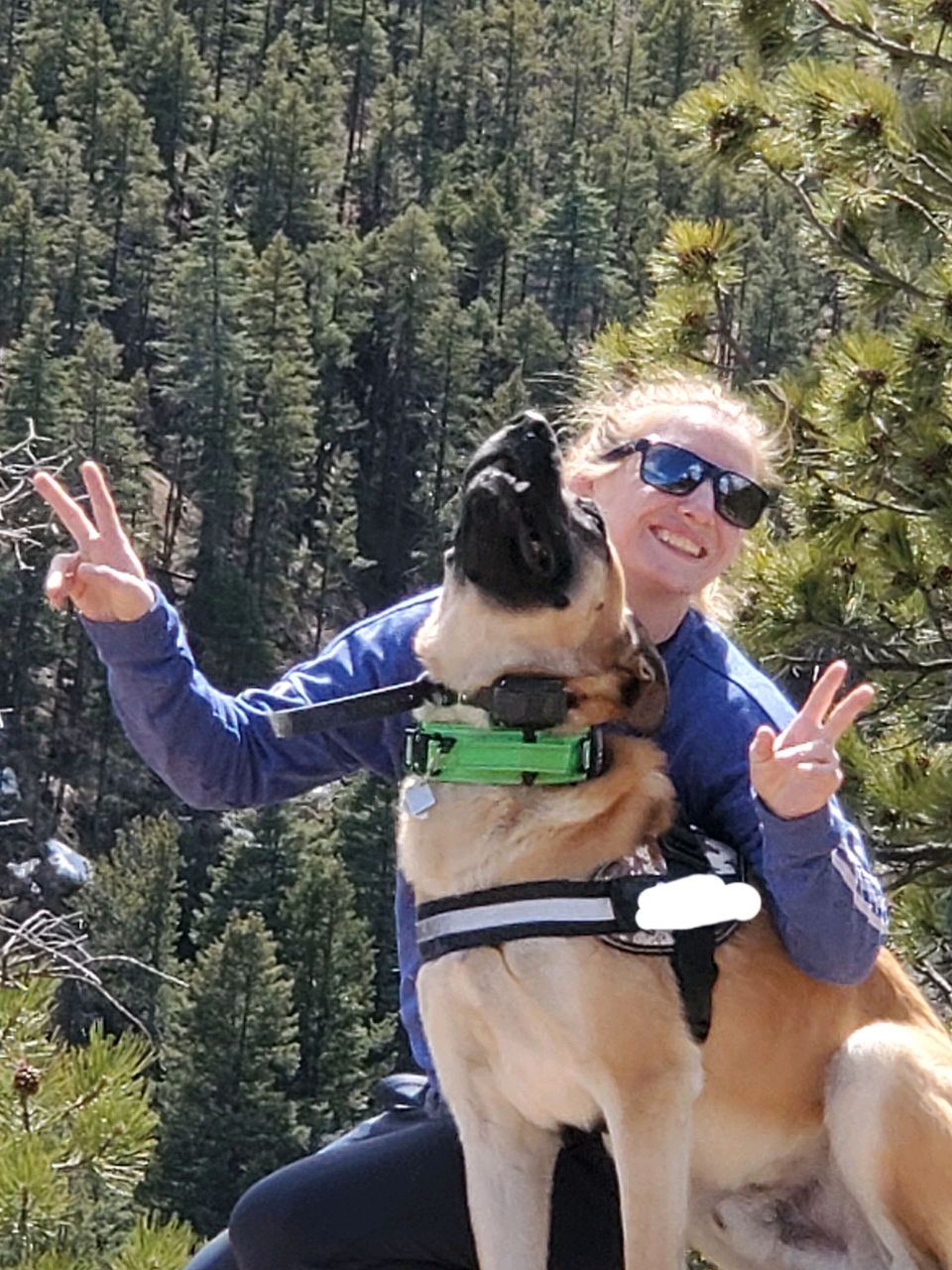 USA Wrestling star Whitney Conder with her dog, Orion, on a hike near Colorado Springs. 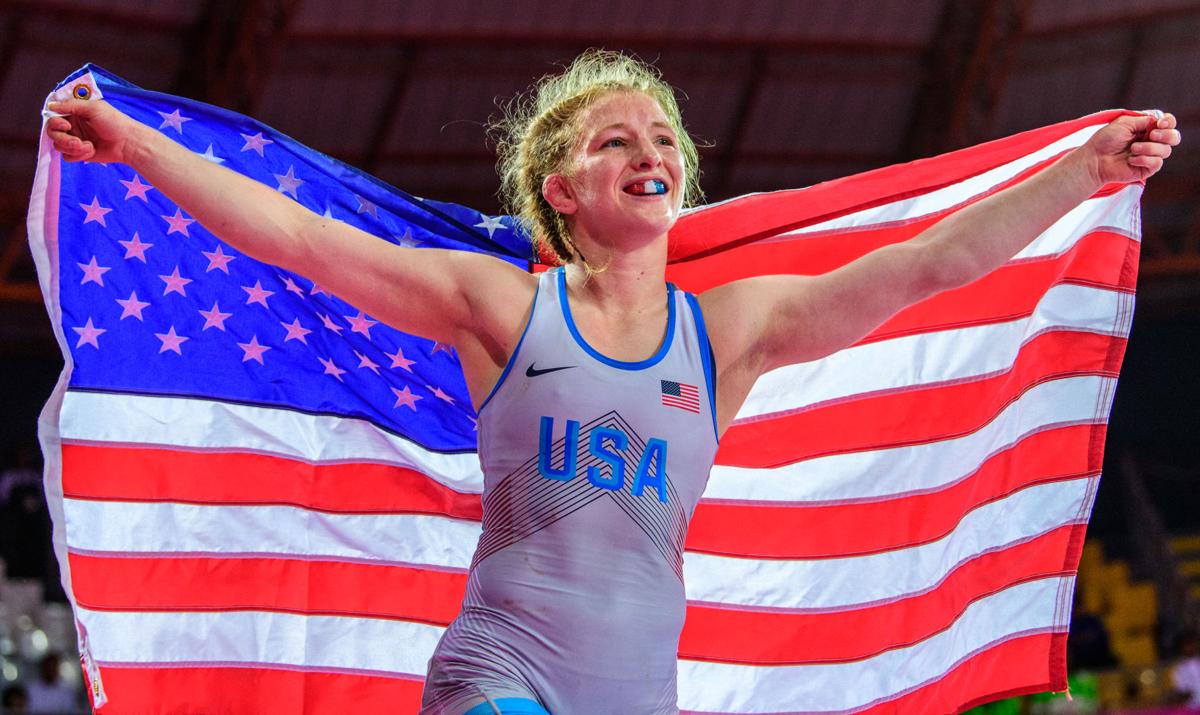 USA Wrestling star Whitney Conder with her dog, Orion, on a hike near Colorado Springs.

The Games will go on. They will go on in Tokyo, in 2021 instead of 2020, and no one’s going to be readier for that to happen than Whitney Conder.

Don’t know Whitney? I didn’t until just the other day, when she was telling me about these T-shirts she had made. She’s USA Wrestling’s top-ranked freestyle wrestler at 50kg — a real, live Olympic medal contender. You might’ve seen her hiking her dogs, Orion and Zailey, around North Cheyenne Cañon. They go all the time, especially during a coronavirus pandemic that's made fresh air a must.

Anyway, the T-shirts. Team Conder was planning to wear them in Tokyo. There’s a Bible verse on the back, Ephesians 6:12: “For we wrestle not against flesh and blood ...” And on the front, Whitney’s motivation: #livestrongforcrew.

Crew was her cousin’s son. One year ago, on March 10, Crew committed suicide. He was 11.

“The anniversary was really hard for everybody,” Whitney says.

It didn’t hit me right away when the Olympics were postponed early on a random Tuesday. You get numb to it. You see MLB’s opening day postponed, the NCAA Tournament canceled, the state basketball tournament canceled (oof, that one tickled), The Masters moved. If they come for fishing we're going to have some words.

Plus, these are just games we’re talking about. But sometimes games have a way of shining a spotlight on real-life things that people deal with every day, and no stage amplifies real-life things and people better than the Olympic Games.

People like Whitney Conder. She’s been ranked No. 1 with USA Wrestling in five different years, including this one, and at the same time she’s a Colorado resident handling this world-altering pandemic like the rest of us. As she’s talking about Crew — “He loved coming to my wrestling competitions” — the magnitude of a postponed Olympics hit. Hit hard.

Because Whitney’s exactly the kind of Olympian that’s going to have us high-fiving Mom at weird hours of the day. She's why the kids will be allowed to stay up past bedtime to watch a woman from Puyallup, Wash., wrestle the snot out of the medal round. She’ll win, and we'll cry with her. Then she’ll wrap the greatest flag in the world around herself in a victory lap, and I dare you to find better TV than that moment.

“I started dreaming about the Olympics right when I started wrestling,” she says. “I was 8, wrestling against boys: ‘Man, I want to wrestle in the men’s Olympics.’”

Eight was Harley’s age when Crew passed away. Harley was Crew’s younger brother, and when Harley saw his late brother at the funeral here’s what he said: It’s OK, Crew. We can play later.

He’s right, too. They will.

“What broke your heart was seeing Harley without his brother. He’ll understand it when he’s older, but he doesn’t right now,” she says. “I think it gave me major perspective that we need to live every day to the fullest — not just for ourselves, but for the people who give you this chance. Do it for them. Harley didn’t know he won’t see his brother on earth again. We’ll see him later, in a better place, but not now.”

These USA wrestlers are go-getters. They’re make-it-happeners. Whitney joined the Army to help her toward an advanced degree. Her goal outside wrestling — alongside wrestling — is to encourage special-needs kids to live a full life.

“So they know they have a coach that motivates them and lets them know they can do so much in life,” she says. “A disability should never stop someone from achieving. It’s in your mind. If you think you can do something, you can do it.”

Where some see an obstacle, Whitney sees opportunity. It was that way in middle school after she pinned a boy and his dad asked, You sure you’re a girl?

“Last time I checked,” she said. “Want me to find a doctor to find out?”

Eight months, a year, however long this stall lasts — a postponed Olympics is just a detour.

“You never imagine this. But it’s kind of like wrestling — anything can happen in a day,” she says. “You can go from being No. 5 or No. 6 to winning the Olympics. Or you can go the other way, No. 1 to not making it. In this world, you never know what’s going to happen. Appreciate what you have in this exact moment.”

When Team Conder finally gets to rock those T-shirts in Tokyo, it will do so with sincerity. Life doesn’t do postponements, and #livestrongforcrew isn't just for the wrestling mat.

Stetson Bardfield, who had the strength at 4 to decide on an operation to remove the lower sections of his legs intends to walk proudly up the stairs to the medal stand at the Paralympics, columnist Woody Paige writes.