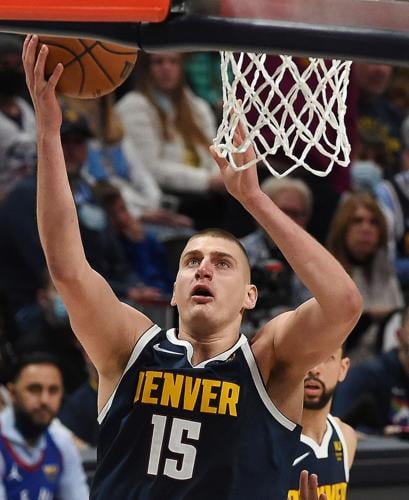 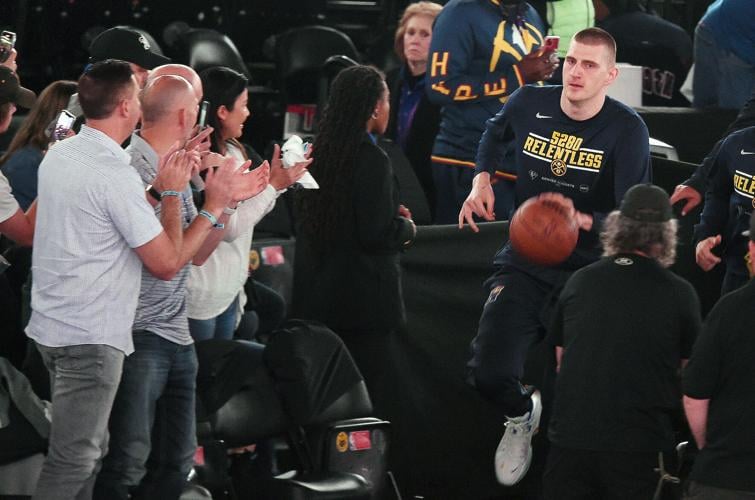 Jokić conducted his interview with TNT while seated in front of his beloved horse stable.

“I think it’s the first and only time,” Jokić joked on the broadcast.

The broadcast captured the moment Jokić rolled up in his carriage to see members of the Nuggets organization from team president/governor Josh Kroenke, president of basketball operations Tim Connelly, coach Michael Malone ready to celebrate his achievement.

“It was a really emotional moment for me, of course,” Jokić said.

After a regular season littered with MVP moments - game-saving blocks against the Rockets and Raptors, a cross-court assist on Aaron Gordon’s buzzer-beater against the Clippers and 19 triple-doubles in 74 games played - Jokić became the 13th player in NBA history to win the league’s highest regular-season honor in consecutive seasons. He joined Antetokounmpo, LeBron James and Stephen Curry as the only active players to accomplish the feat.

“Now, I don’t think about it,” Jokić said. “But probably when I’m old, fat and grumpy, I’m going to remember and I’m going to tell my kids ‘back in the day, I was really good (at) playing basketball.’”

Jokić scored in double figures in all but one game, a 124-92 win at Portland when he took five shots and finished with 18 rebounds and 11 assists. He scored a season-high 49 points on Jan. 19 when he also recorded another triple-double with 14 rebounds and 10 assists. His final assist of the night found Gordon in the corner, who hit the winning 3 with 1.7 seconds left. It was the first of three 40-point performances from Jokić, who dropped 46 points on the Pelicans in March and 41 against the Spurs in April.

He finished the regular season averaging career-highs in points (27.1) and rebounds (13.8), while his 7.9 assists just missed another high mark. His 62% effective field goal percentage also marked the best of his seven-year career. Jokić stated after the season ended in a first-round playoff exit to the Warriors that he would sign a super-max extension this offseason that would secure his future in Denver.

A louder voice paired with the historically productive numbers could lead to an even more productive season for Nikola Jokic.