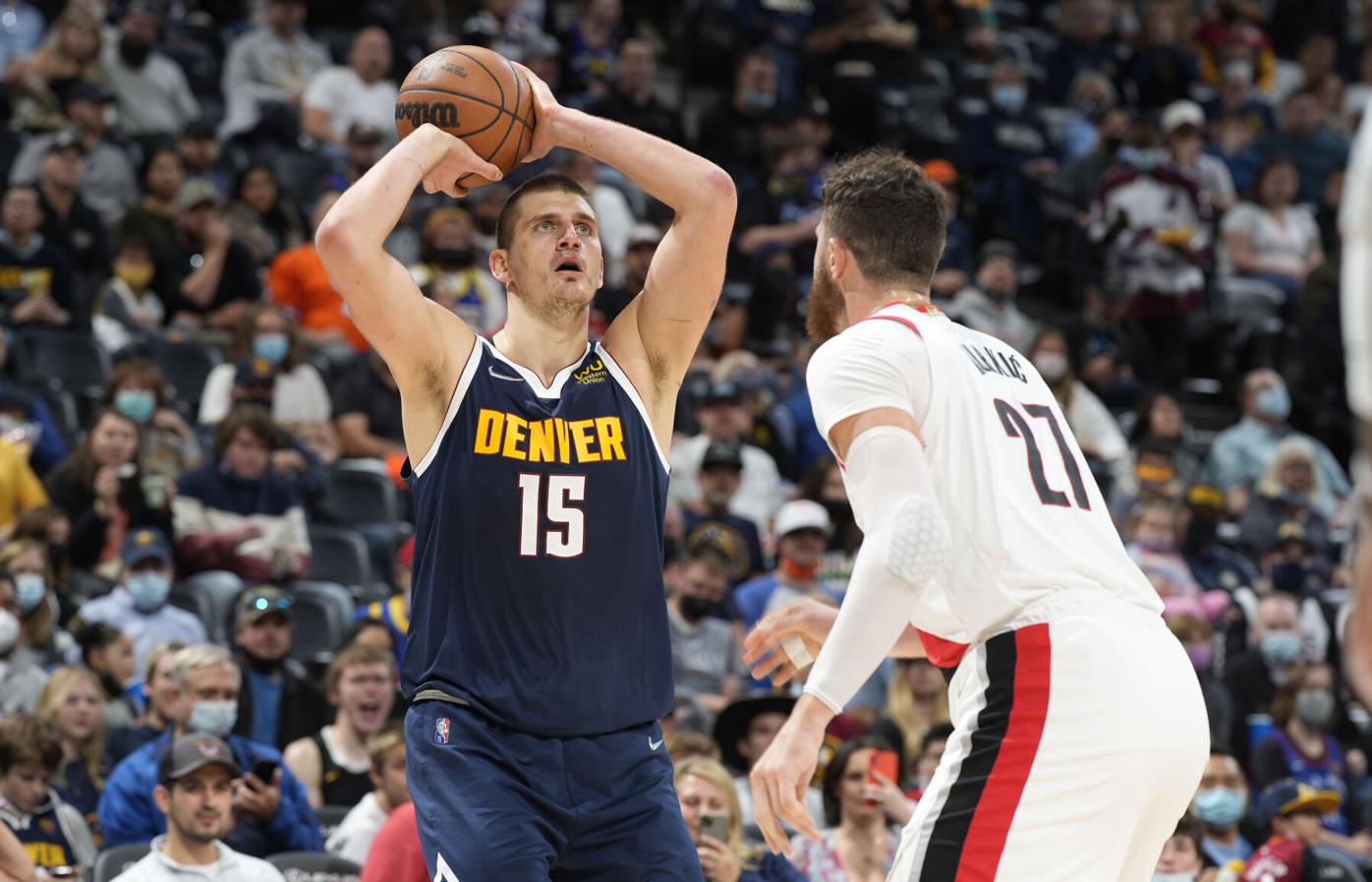 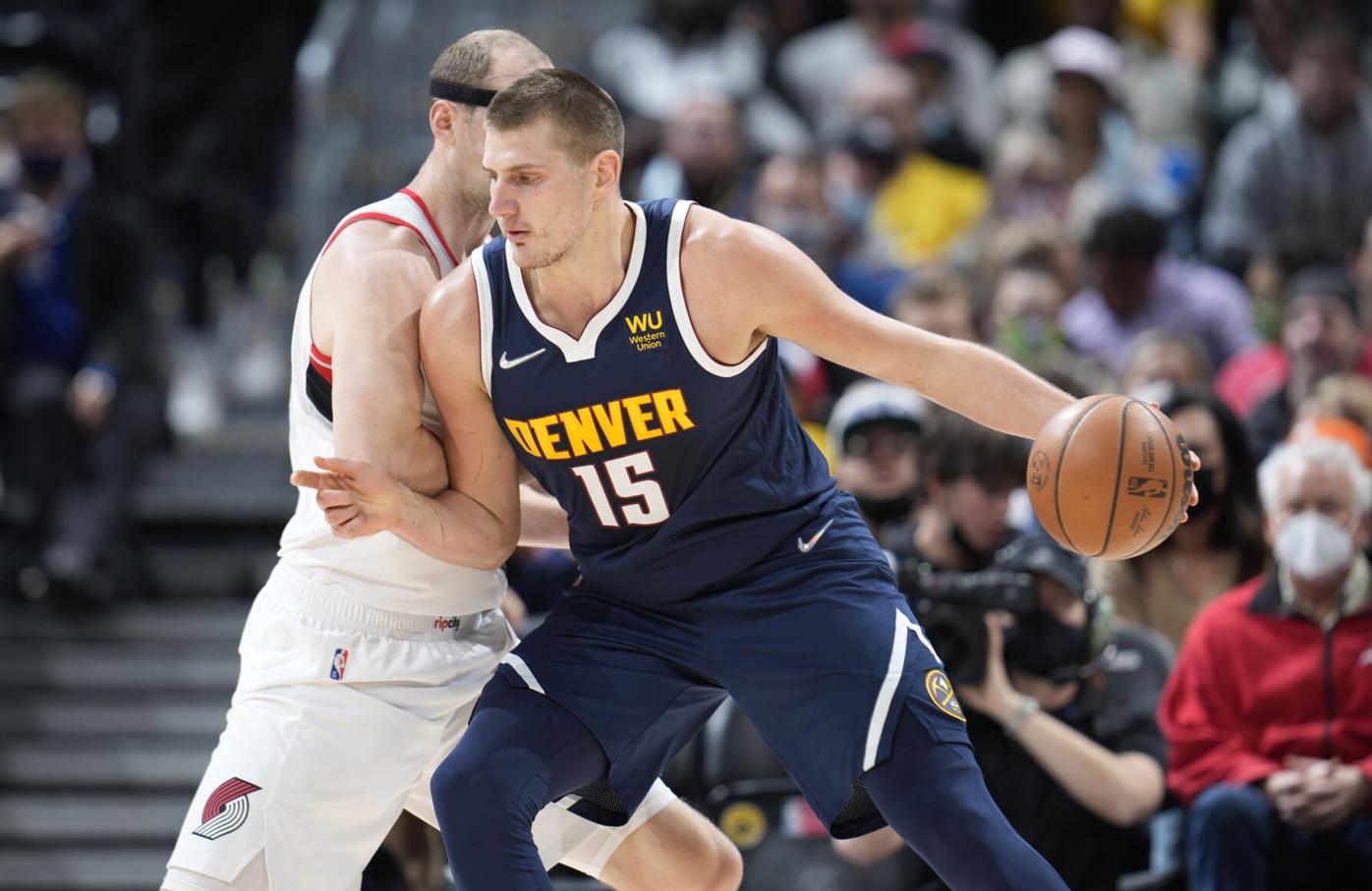 DENVER – Another big night for Nikola Jokic started with the Nuggets’ star center setting up teammates. It shifted to him doing the scoring himself before his night ended with some rest in a 124-95 win over Chauncey Billups’ Portland Trail Blazers on Sunday at Ball Arena.

Jokic scored 23 of his 28 points after the first quarter. He recorded seven of his nine assists in the first quarter. Nuggets coach Michael Malone said that was a combination of Denver’s star center consciously looking to get others involved while also taking what the game presents him.

“I think Nikola knows the deeper we get into games, the more he’s going to have to take over with his scoring and be that go-to player for us,” Malone said. “Early in the games, I’m calling plays for other guys as well to get them into a rhythm, so now if they do start double-teaming Nikola, they’ve had the ball in their hands. They’ve made plays, but that’s what Nikola does. He’s going to read the game, and whatever is given to him, he’s going to take. He’s going to try to make you pay for guarding him (with) whatever game plan you’ve come up with. That’s what great players do.”

The win marked five straight games the Nuggets have held their opponents under 100 points, all wins that have boosted Denver’s record to 9-4. Denver entered Sunday with the NBA’s second-ranked defense.

“If you can defend, hold teams under 100 points, you’re not going to lose a lot of games,” starting point guard Monte Morris said after finishing with 15 points and seven rebounds. “That’s what we’ve been trying to do, and it’s working.”

The Nuggets also aren’t going to lose many games when they make 19 of 40 3-pointers as was the case against Portland. Jokic made all three of his 3s, including one just before the first-half buzzer. PJ Dozier and Bones Hyland, who set a new career-high in scoring for the fourth consecutive game with 18 points, both made four 3-pointers. Facundo Campazzo made three from deep, while JaMychal Green and Zeke Nnaji both added a couple. Denver’s bench outscored Portland’s 63-38 behind the hot shooting.

CJ McCollum led four Trail Blazers to score 13 or more points with 21 on 7-of-17 shooting. Portland played without star guard Damian Lillard due to injury.

The Trail Blazers closed within nine points late in the third quarter only for Nuggets reserves Dozier and JaMychal Green to score the next 10 points to give Denver a more comfortable lead. The Nuggets bench increased the lead to as many as 32 in the fourth quarter, allowing Jokic to rest for the final 12 minutes.

“It was great to see those guys score, shoot at a high level, but also, I thought they played their asses off,” Malone said of the second unit in general. “I thought their defense, flying around. Even when they made a mistake, I felt that we just had that fly-around, multiple-effort mentality, and that allowed us to get out and run and get some really quality looks that we did make tonight.”

Nuggets guard Will Barton III was a late scratch from the starting lineup after the team’s trainer told Malone Barton’s back tightened up in warm-ups. His status for Monday’s game at Dallas is to be determined.

“I don’t think it’s anything serious,” Malone said. “Obviously, he was just warming up and kind of felt something back there, so we made the smart decision to hold him out tonight and see how he feels tomorrow morning and see if he’s able to play against Dallas.”

The Nuggets didn’t have much of a need for Barton against the Trail Blazers with Jokic’s strong showing and big production from the bench.

“Everybody can play, and we’ve showed that,” Jokic said. “Whoever goes down, other guys step up and play really good.”