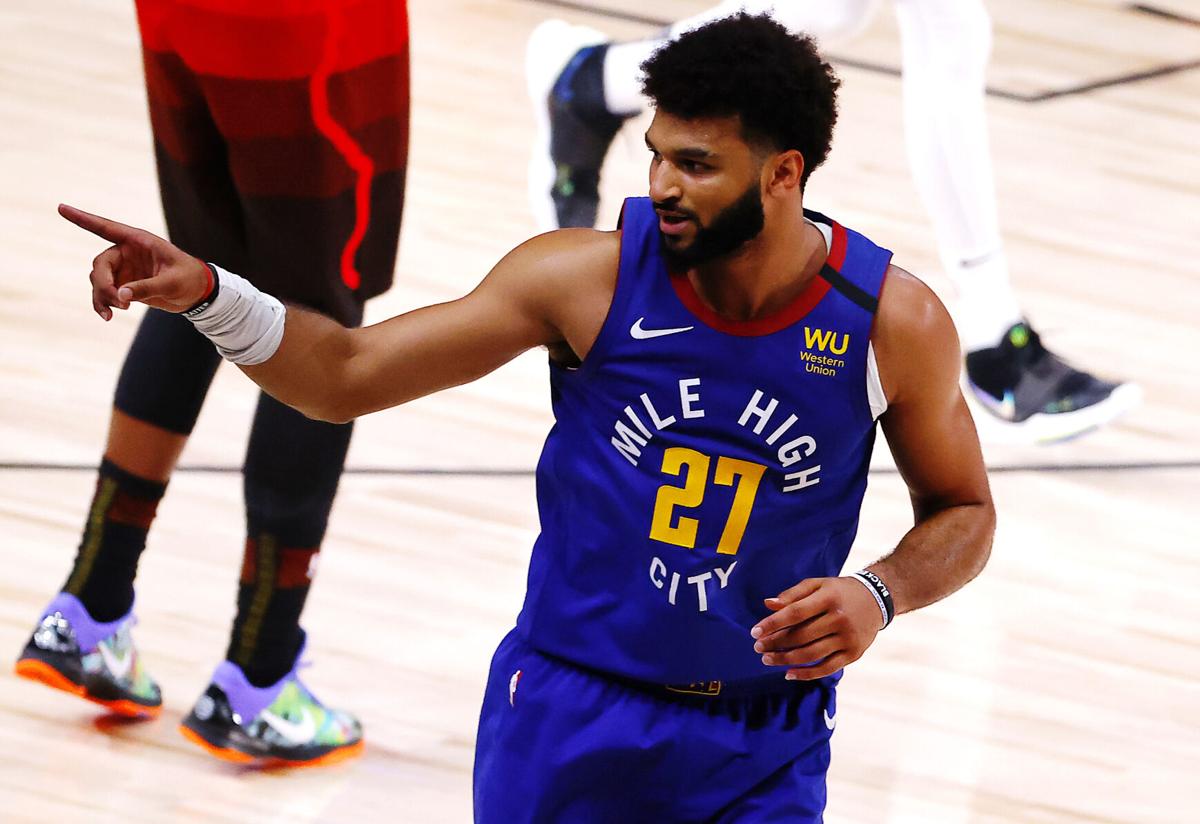 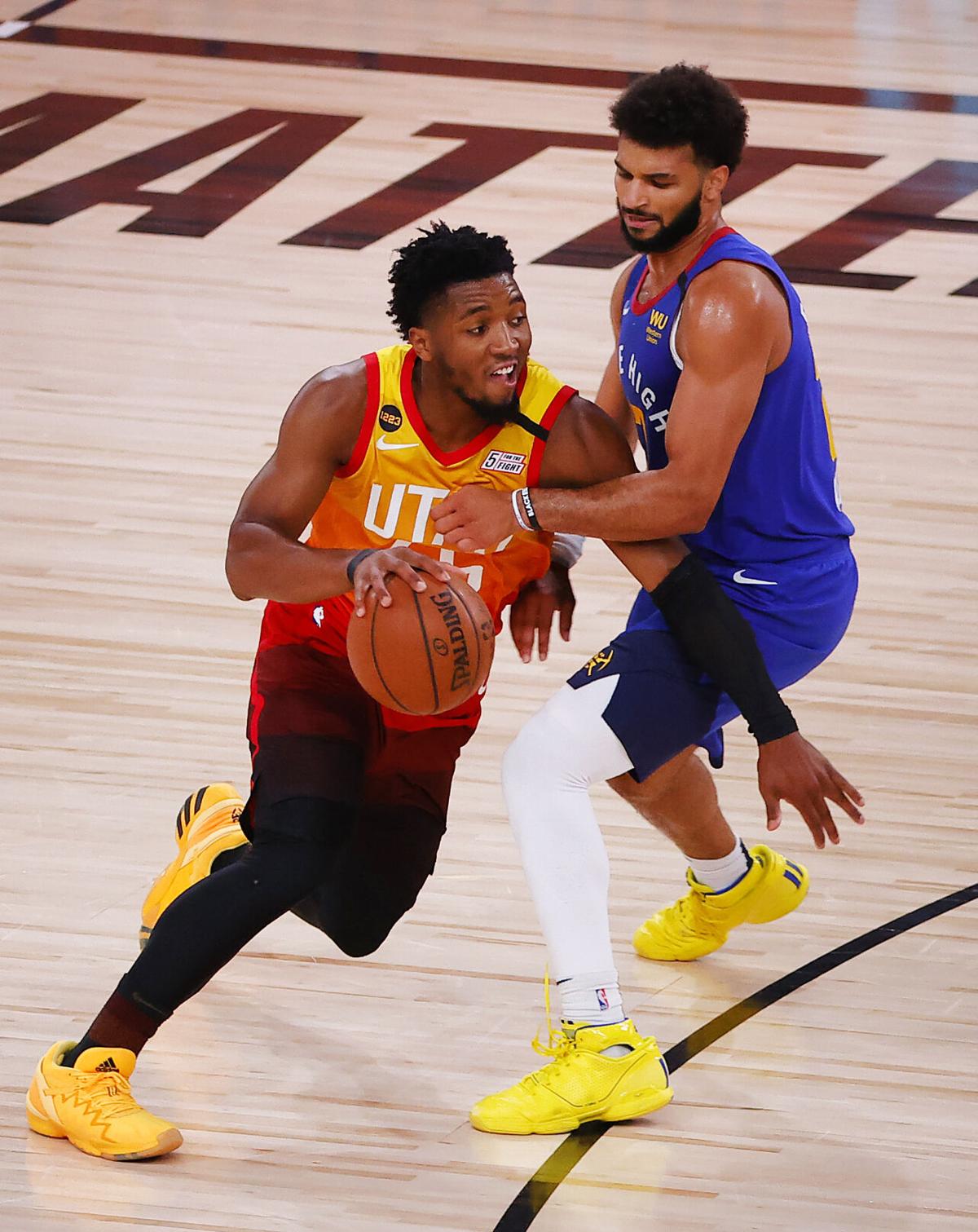 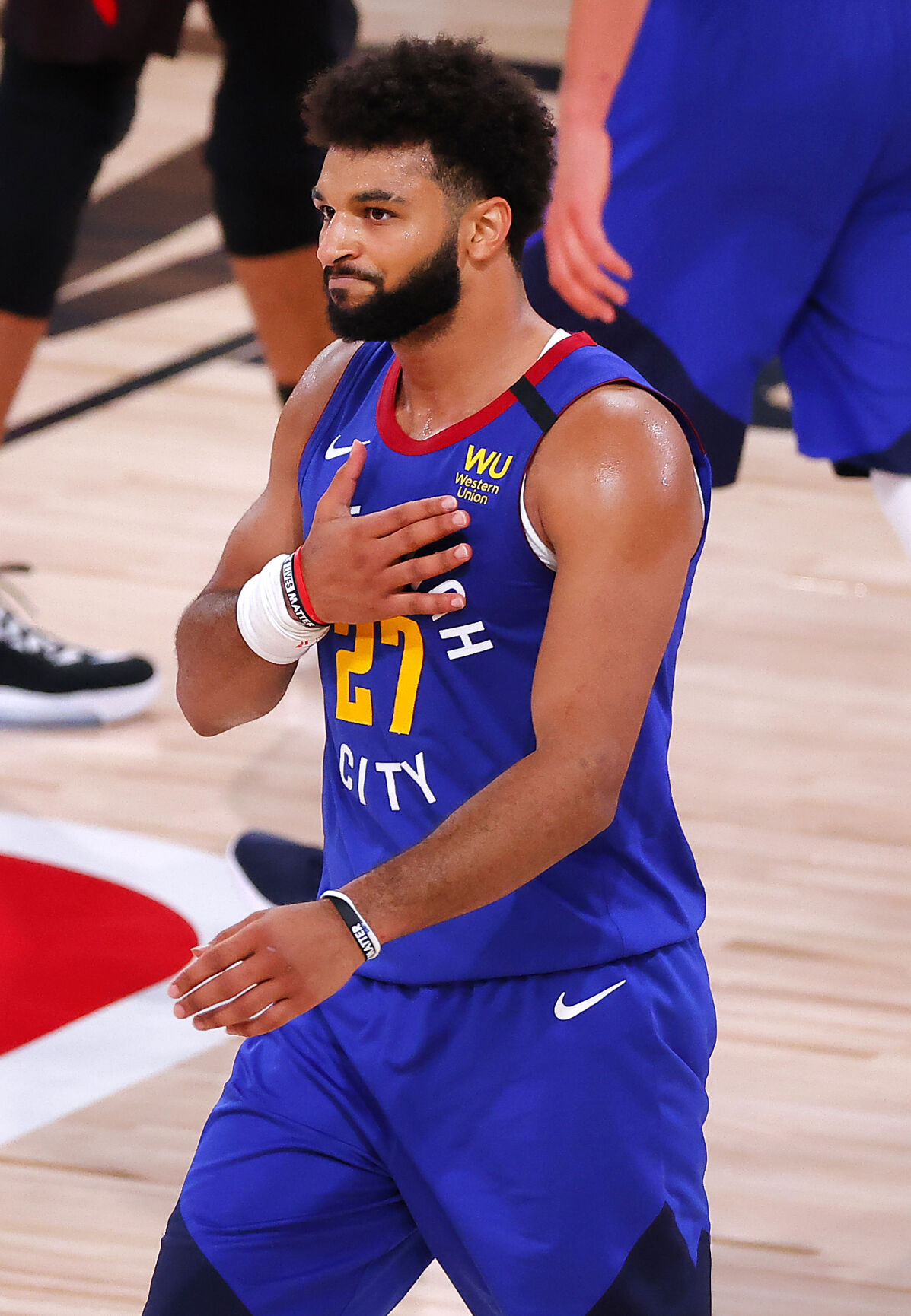 Denver Nuggets' Jamal Murray reacts after scoring to put his team in the lead during the fourth quarter of an NBA basketball game against the Utah Jazz, Saturday, Aug. 8, 2020, in Lake Buena Vista, Fla. (Kevin C. Cox/Pool Photo via AP) 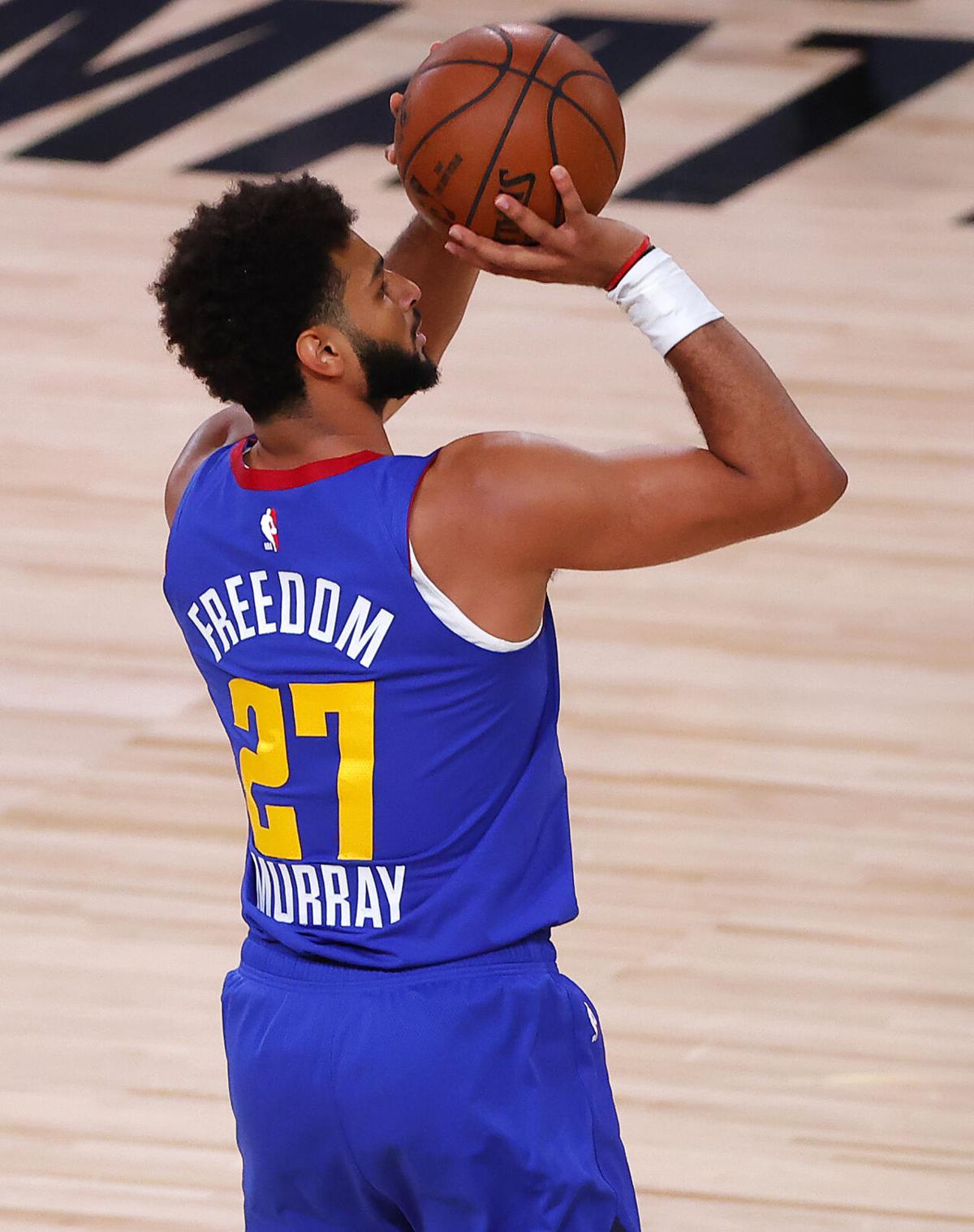 Denver Nuggets' Jamal Murray reacts after scoring to put his team in the lead during the fourth quarter of an NBA basketball game against the Utah Jazz, Saturday, Aug. 8, 2020, in Lake Buena Vista, Fla. (Kevin C. Cox/Pool Photo via AP)

The man nicknamed "Spida" was quite a pest to the Denver Nuggets on Saturday afternoon.

It took two overtimes for Denver’s duo of Nikola Jokic and Jamal Murray to get rid of Donovan Mitchell and the Utah Jazz in a 134-132 win in Lake Buena Vista, Fla.

“Donovan Mitchell is a great player, made some big, big plays to keep them in the game,” Nuggets coach Michael Malone said after Mitchell went for a game-high 35 points. “But down the stretch I thought Jamal and Nikola showed why they’re one of the better dynamic duos in the entire NBA.”

The Nuggets had the ball and a four-point lead with 10 seconds to play in regulation thanks to six straight points from Murray and some Jerami Grant free throws, but a review gave Utah possession. Mitchell hit a contested 3 over Torrey Craig and tied the game on a driving layup with 0.9 seconds left after Grant split a pair of free throws.

Murray had a chance to win it at the regulation buzzer but missed a deep 3.

Mitchell then hit a mid-range jumper to put the Jazz up two with 3.4 seconds left in the first overtime before Jokic, who scored eight of the Nuggets’ first 10 overtime points, forced a second extra period when he caught the inbounds pass and drove baseline for a layup.

The officials had to think about it as the clock never started on the play. The Jazz were ultimately given .3 seconds for a game-winner but missed.

Murray seemingly put the game away with five straight points midway through the second overtime, but three Utah 3-pointers, the last coming from Mitchell, made it a two-point game with five seconds left. Murray left the door open, missing two free throws with four seconds to play, but Mitchell’s attempt at a half-court buzzer beater missed.

“You know I’m tired when I miss two free throws at the end,” Murray said.

The Nuggets’ lead guard has reason to be tired. He was supposed to be limited to 22 minutes in his return but played nearly 40, finishing with 23 points, a career-high 12 rebounds and eight assists.

“I totally blew through those minutes, and he was phenomenal,” Malone said.

The Nuggets got a team-high 30 points from Jokic, who added 11 rebounds, seven assists and three steals. Michael Porter Jr. posted a third double-double with 23 points and 11 rebounds, while Grant added 21 points off the bench. Paul Millsap also returned to Denver’s starting five, finishing with two points in a quiet 22 minutes, while Gary Harris and Will Barton were again held out.

The Jazz dominated the early action, taking a 32-15 lead after a Georges Niang 3-pointer. Utah made 12 of its 21 attempts from deep in the first half and led 63-49 at the break.

Denver forced overtime by limiting Utah to 42 points in the second half, 21 fewer than what was allowed in the first half, and improved play from its stars.

“(Jamal) was communicating that there were no issues with his injury. For him to get 23 points, 12 rebounds and eight assists and make some really, really big plays when it mattered most, that kind of reminds us of the potential of our team and why we’ve been able to win so many close games,” Malone said. “When you have Jamal and Nikola playing with each other, off of each other and for each other, that’s a very, very tough duo to guard.”

The Nuggets return to action against the Los Angeles Lakers, the top seed in the Western Conference, at 7 p.m. Monday.

Woody Paige: It was a great day to watch Colorado overtime sports events

It was a great afternoon for Colorado sports fans as the Nuggets and Avalanche both went into overtime on channels folks could see, columnist Woody Paige writes.