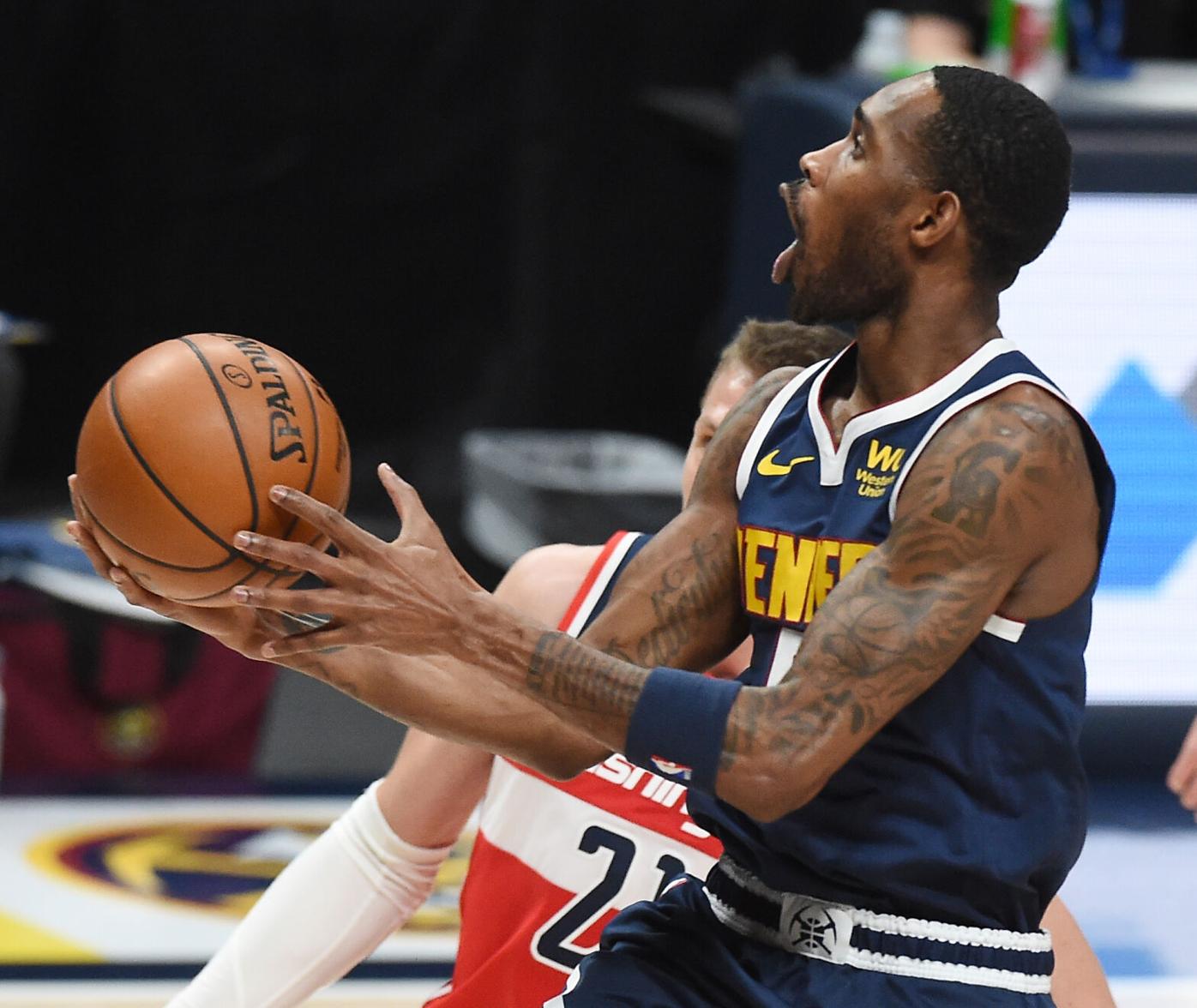 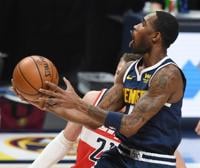 Nugget Will Barton III tries for a shot during the 1st quarter of a game against the Wizards at Ball Arena on Feb. 25, 2021. The Nuggets lost the game 112-110. (Photo by Jerilee Bennett, The Gazette) 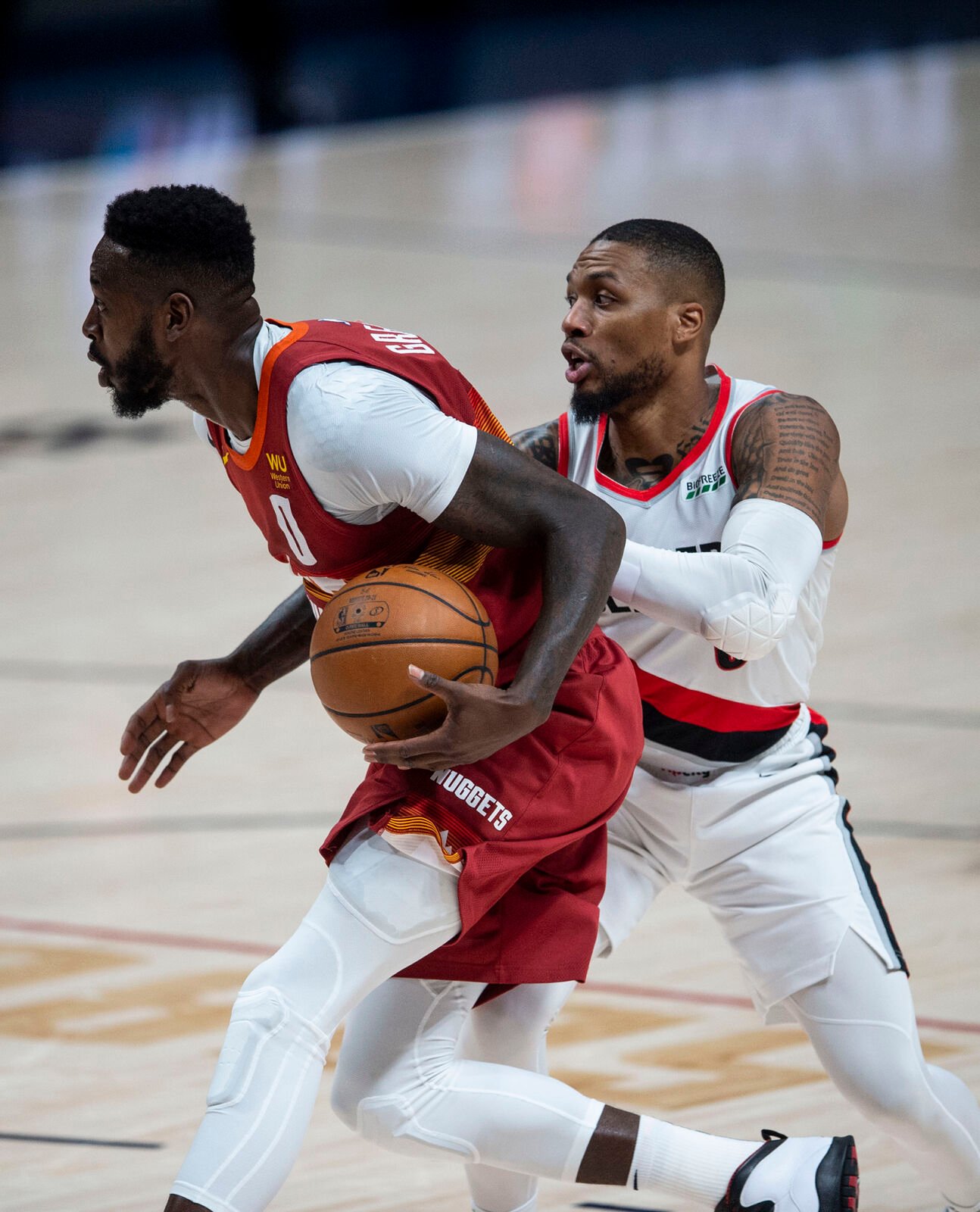 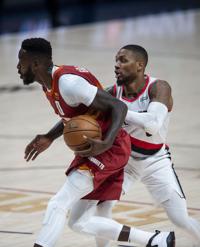 Nugget Will Barton III tries for a shot during the 1st quarter of a game against the Wizards at Ball Arena on Feb. 25, 2021. The Nuggets lost the game 112-110. (Photo by Jerilee Bennett, The Gazette)

The Nuggets took three steps toward running it back on the first day of NBA free agency, which started Monday afternoon.

Tim Connelly's front office said after last season and following the draft that the franchise hoped to bring back as many members of last year's team as possible. With wing Will Barton III, guard Austin Rivers and forward JaMychal Green reportedly agreeing to new deals, the Nuggets are well on their way to a 2021-22 roster that looks a lot like last season's.

Barton's deal is worth $32 million over two seasons, while Green is set to make $17 million, should he pick up a player option following next season. Both Barton and Green declined their player options earlier this offseason but secured an extra year with their new contracts.

Rivers, who was signed with Denver amid a rash of backcourt injuries in the middle of last season, reportedly agreed to a one-year deal with undisclosed financial terms.

Last season, Barton averaged 12.7 points, four rebounds and 3.2 assists, while making 38.1% of his 3-pointers. He missed a majority of Denver's playoff run before returning for the final three games of the Phoenix series.

Green, in his first season in Denver, served as a reserve forward. He scored 8.1 points and grabbed 4.8 rebounds in 19.3 minutes per game.

Rivers helped the Nuggets eliminate Portland in the first round of the playoffs with 21- and 18-point games. He averaged 8.7 points, 2.6 assists and 2.3 rebounds and shot 37.5% from 3 in 15 appearances for the Nuggets last season.

With the trio set to return, the Nuggets have 15 players under contract next season with the only additions being recent draft pick Nah'Shon "Bones" Hyland and Jeff Green, who reportedly agreed to a deal with Denver on Monday.

The NBA salary cap, also announced Monday, is set at $112.4 million and the luxury tax starts at $136.6 million. With 15 players on contract for next season, the Nuggets are expected to sit right around the luxury-tax line, depending on Rivers' salary.

Thirteen of the 16 players on the Nuggets’ Summer League roster will look to earn one of Denver’s final two-way roster spots.

With Zeke Nnaji, Bol Bol and the recently drafted Nah’Shon “Bones” Hyland among the 15 Nuggets already under contract for next season, the 13 other Summer League invites are fighting for one of two two-way contracts that would send them to Grand Rapids, the Nuggets' new G League affiliate, for part of next season.

Markus Howard, who’s a restricted free agent after playing for the Nuggets on a two-way deal as a rookie last season, is the only other player to have worn a Nuggets jersey.

Bile is a Denver South graduate who just finished up his NCAA career at Georgetown, while Agada scored 17 points for Nigeria in a win over the U.S. to prepare for the Olympics.

The team will be coached by Nuggets assistant Charles Klask.

"It's a dream come true," Klask told Nuggets.com after a pre-draft workout. "I'm very grateful to (President of Basketball Operations) Tim Connelly and coach (Michael) Malone for this opportunity."

JaVale McGee's signing with Phoenix was reported after the Nuggets added to their frontcourt with JaMychal Green and Jeff Green.

McGee will make $5 million for one season with the Suns, who eliminated the Nuggets in the second round of last season's playoffs.

McGee, a member of the U.S. Olympic team, averaged 5.5 points, 5.3 rebounds and 1.1 blocks with the Nuggets last season.

Veteran forward Jeff Green will reportedly add another team to his long list.