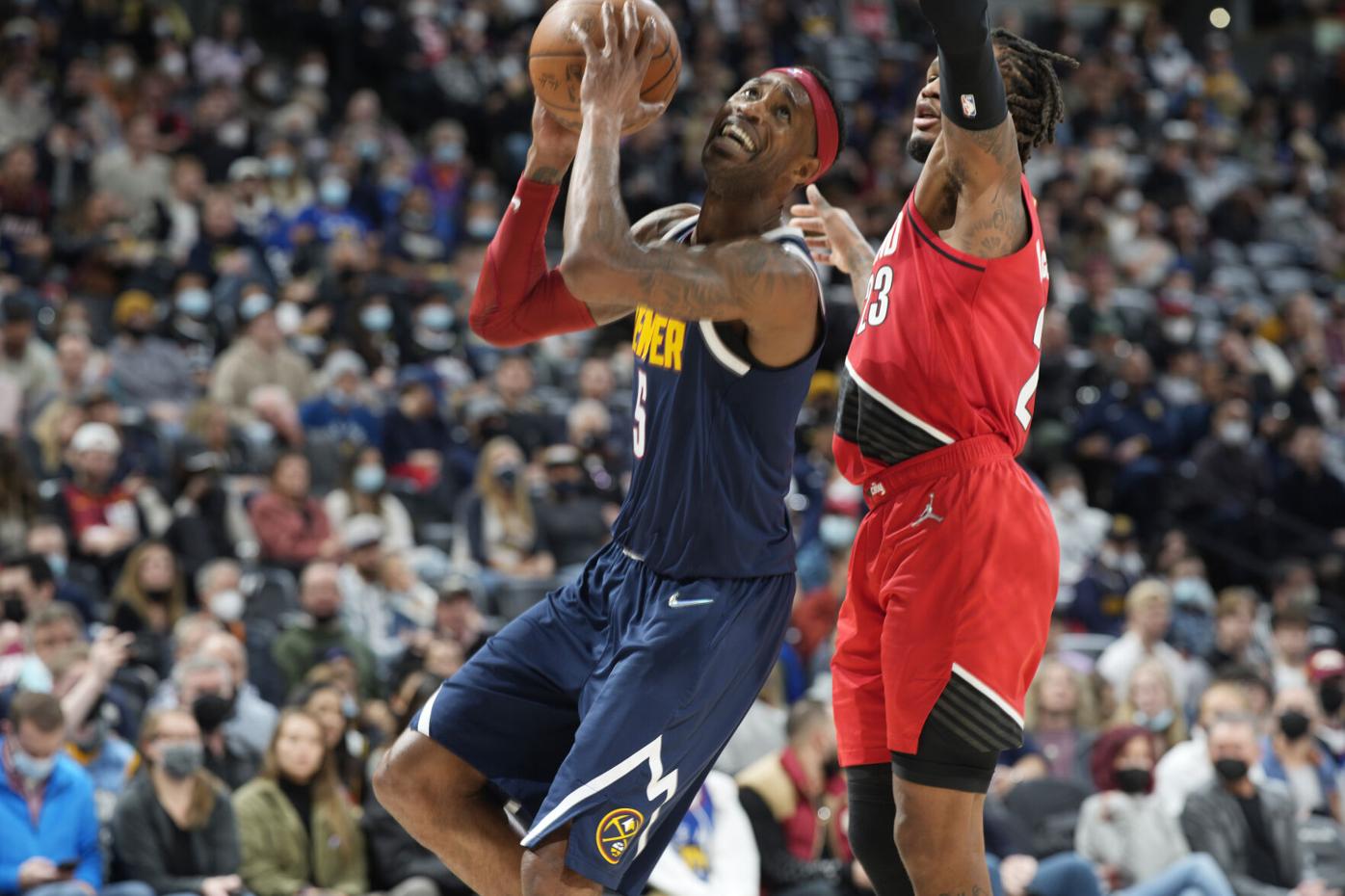 Nuggets forward Will Barton, left, drives to the rim as Trail Blazers guard Ben McLemore defends in the second half Thursday in Denver. The Nuggets won 140-108. 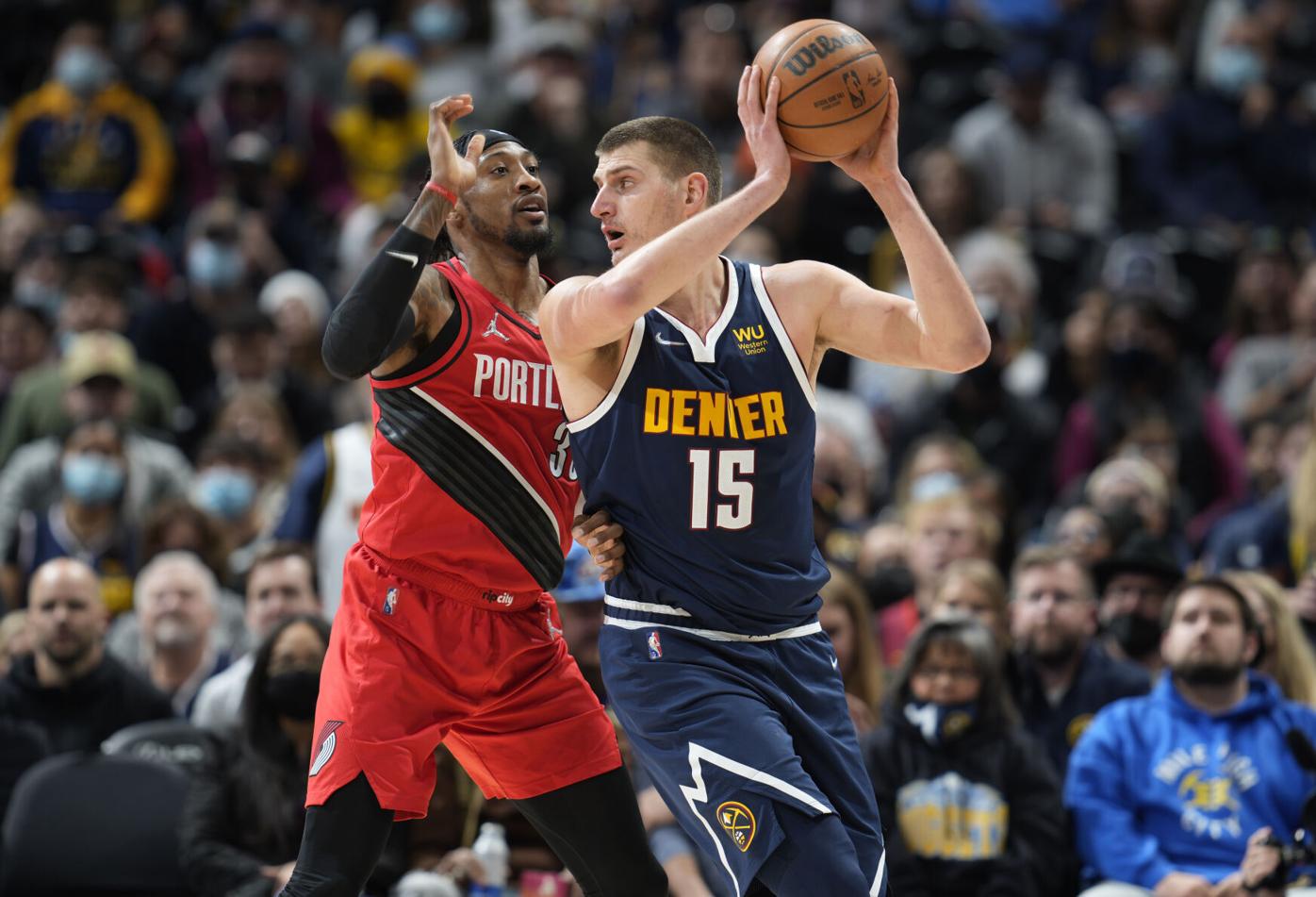 Nuggets forward Will Barton, left, drives to the rim as Trail Blazers guard Ben McLemore defends in the second half Thursday in Denver. The Nuggets won 140-108.

DENVER — The streak ended Thursday at Ball Arena, as the Nuggets started their longest scheduled homestand of the season.

The 140-108 win over the Trail Blazers marked the first time the Nuggets won the second half of a game since Dec. 4, a span of 17 games. Nuggets coach Michael Malone called it “a very sobering stat,” pregame.

“I think everybody who is a Nuggets fan was probably wondering when we got up big when the collapse was going to happen,” Malone said postgame. “Give our guys credit. We won every quarter, and we won the second half, I believe, for the first time since our game at New York in early December. This was one of our more consistent, 48-minute games that we’ve played, probably, all season.”

Nnaji also earned the team’s Defensive Player of the Game chain, which he wore to his press conference, and grabbed four of his nine rebounds on the offensive glass.

“Every game I feel more comfortable and confident in understanding what I’ve got to do and where I’ve need to be,” Nnaji said. “I think that’s only going to get better from here.

“Regardless of who we were playing, who was out, I just thought we played the right way the whole night,” Malone said.

The Nuggets played without JaMychal Green, due to personal reasons, in addition to the handful of players with long-term injuries.

The Nuggets closed the first quarter on a 15-3 run behind solid contributions from Facundo Campazzo and Zeke Nnaji with the bench unit and led 41-28 to start the second. A 14-5 run midway through the second quarter allowed the Nuggets to stretch the lead to 19, and Denver led 72-55 at halftime. Denver finished the first half with 19 assists, the last of which went to a cutting Jeff Green, who dunk over Portland center Jusuf Nurkic in the final seconds of the first half. Jeff Green feasted on scoring off cuts in the first half, making all but one of his eight attempts from the field.

After another dunk from Jeff Green got the Nuggets going in the second half, and Denver stretched the lead to 25 midway through the third quarter on a Barton 3-pointer. The Nuggets saw a 25-point third-quarter lead disappear in a loss to the Clippers on Tuesday but extended the lead to 30 in the fourth quarter on a Bones Hyland 3 and cruised the rest of the way.

“We got stops on the defensive end, we got out in transition and got easy looks,” Jeff Green said. “Shots were falling for us, but most importantly, I think our defense in the second half was great.”

After ending the unsightly streak, the Nuggets are scheduled to play the second of six straight home games Saturday against the Los Angeles Lakers.

Bol Bol left the Denver Nuggets on good terms, according to coach Michael Malone, and will return to the team with the same status.