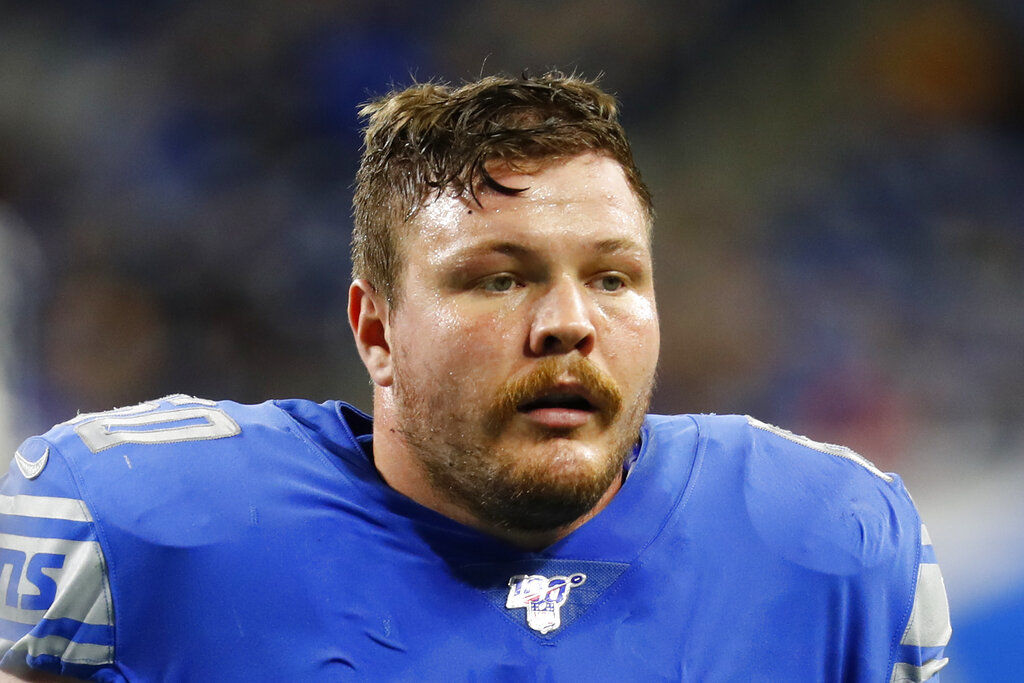 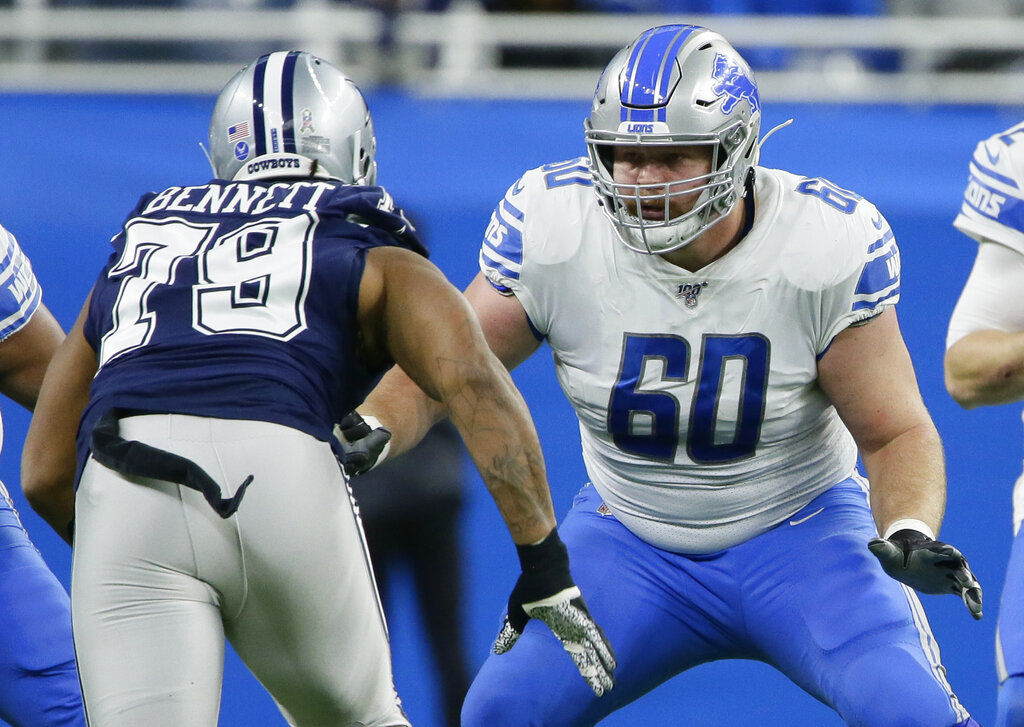 DENVER — Not even The Shield is immune from the impacts of the coronavirus.

The Broncos opened their wallets wide Monday for arguably the top offensive guard available in free agency. Graham Glasgow, a durable lineman formerly of the Detroit Lions, agreed to a four-year, $44 million deal with the Broncos that reportedly includes $26 million guaranteed.

The deal won't be final until Glasgow completes a physical with the Broncos — no problem at a normal time, much more difficult with COVID-19 slowing or stopping the world in its tracks.

"I'm kind of confused how this will be done," Glasgow said during an interview with 850 KOA.

Glasgow's natural position is center, a position of need for the Broncos as incumbent starter Connor McGovern hits free agency.

Yes, confusing. But everyone's trying to figure out what's next — even the all-powerful NFL.

"Everything's been happening really, really fast," said Glasgow, a 6-foot-6, 310-pound lineman who moved between center and right guard with the Lions. "It's just been kind of weird."

Glasgow was a walk-on at Michigan before earning a scholarship. The Lions took him in the third round of the 2016 draft, and he's developed into an every-week lineman. Glasgow didn't miss an offensive snap in 2018 or 2019 and has missed only one game due to injury in his career.

Those are valuable numbers for the Broncos, who are attempting to correct previous errors when it comes to offensive linemen. Glasgow's reputation is that of a rarely penalized lineman. He reportedly had only two holding penalties in 2019. And it's no coincidence the Broncos valued reliability after right tackle Ja'Wuan James, who signed for $52 million last year, fought injuries throughout last season.

Glasgow's younger brother is another NFL prospect out of Michigan. Jordan Glasgow had his pro day canceled due to the coronavirus. But with the money Graham's making, he can buy his way out of his own virus-related issue.

"The only part that's pretty difficult is Michigan is shutting down all the gyms starting today," said Glasgow, who said he's open to playing center or guard for the Broncos. "Have to find a place here in the next couple days."

It won't be at an NFL facility. Starting Tuesday, players are prohibited from entering team facilities through March 31, the NFL announced.

Glasgow can sign with the Broncos when free agency officially opens Wednesday.

Woody Paige: Uncertainty is the only certainty in current world of sports

What will the wide world of sports seem like on April 15, or in two months, or even four or 12? Where will the Nuggets, the Avalanche, the Rockies, the Broncos and the Rapids be then?