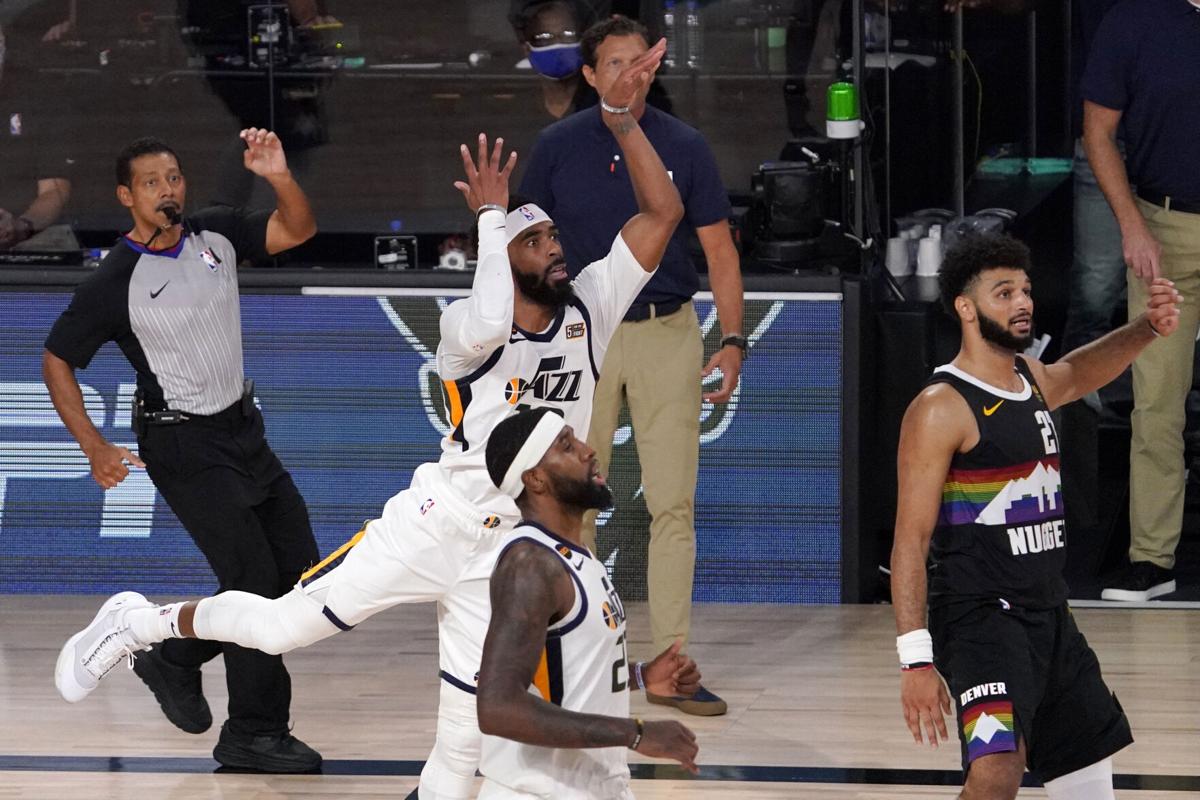 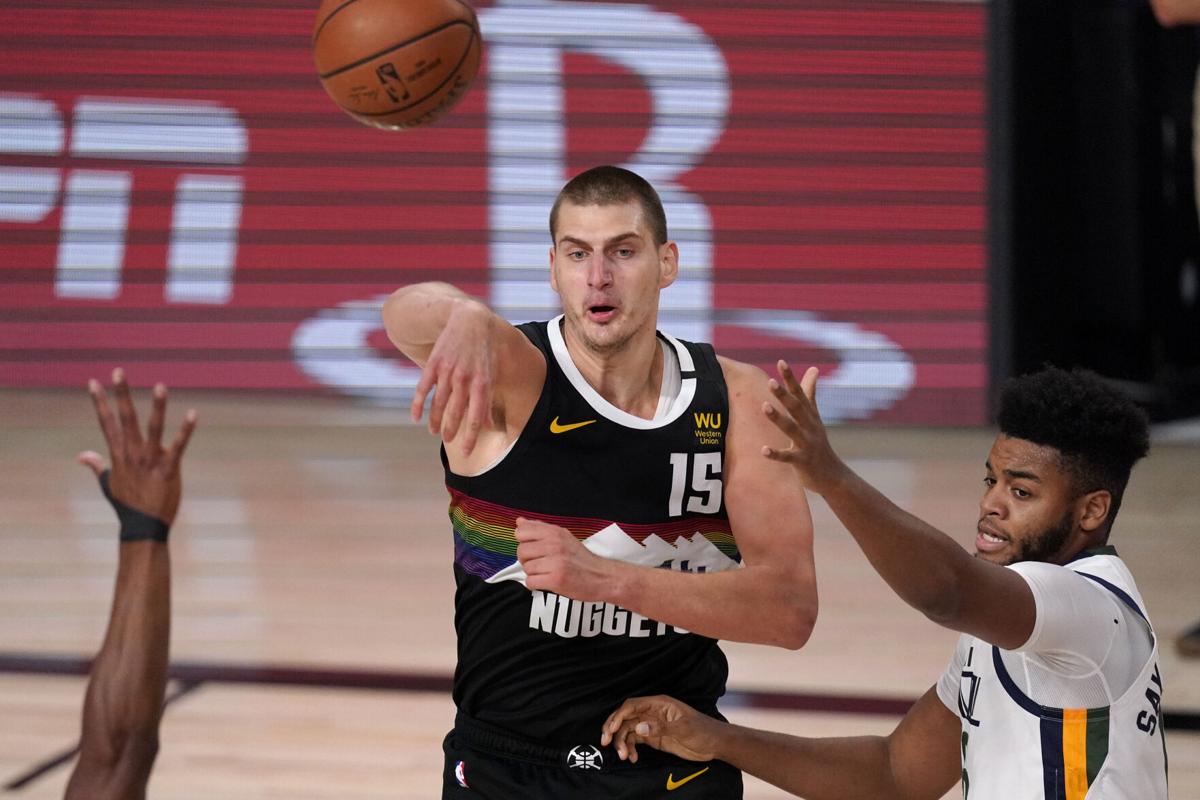 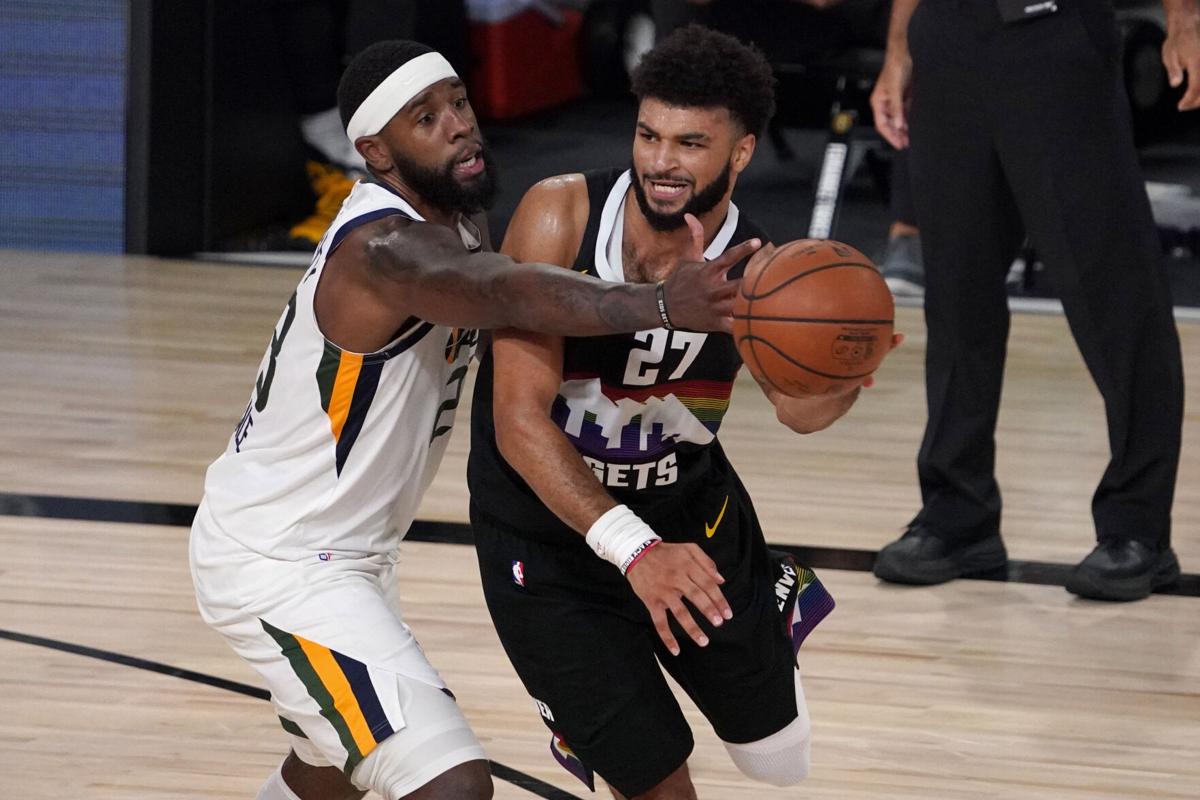 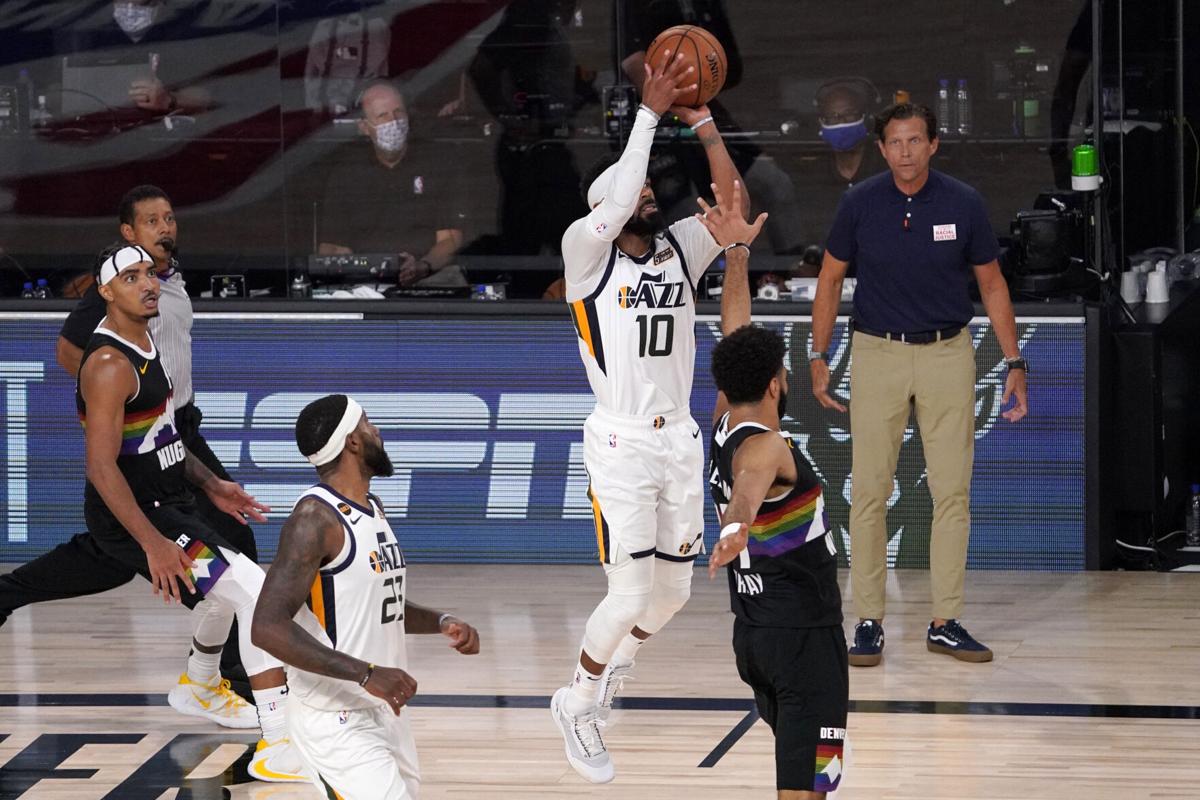 In a Game 7 unlike any of the previous six, the Denver Nuggets advanced to the second round of the playoffs with an 80-78 win over the Utah Jazz on Tuesday in Lake Buena Vista, Fla.

There was no epic shootout between Nuggets guard Jamal Murray and Utah’s Donovan Mitchell in the decisive game. Each player scored 50 or more points on two occasions in the first six games.

“I only had 17 (points), and Donovan only had 22,” Murray said after the Nuggets became the 12th team in NBA history to come back from a 3-1 deficit. “It’s kind of weird now. … It was a great battle. I don’t know what else to say. I’m speechless.”

Though Mitchell and Murray weren’t trading ridiculous makes from 3-point range — they went a combined 3-14 from deep in Game 7 — there was no shortage of drama.

Nikola Jokic hit a hook shot that gave the Nuggets a two-point advantage with 27.8 seconds left, good for his game-high 30th point. Then, Gary Harris, in just his second game back, stripped Mitchell on Utah’s ensuing possession.

“Our defense was phenomenal, and Gary was a big part of that.”

The Nuggets pushed the ball down the court as the final 10 seconds ticked away, but Torrey Craig missed a transition layup off a Murray pass, giving Utah another look at tying, or winning, the game.

“To be fair, I thought he was going to score,” Craig said while crashing Murray’s postgame press conference.

Michael Conley went for the win, pulling up for 3 just in front of the Utah bench and saw his go-ahead attempt swirl around the rim and out as the buzzer sounded. In the first six games, the winning team scored at least 117 points. Tuesday, 80 was enough.

The Nuggets led by 19 after Murray’s 3-pointer early in the third quarter, but the Denver offense would dry up for much of the final two quarters, allowing Utah to get back in the game. Mitchell scored nine straight points to get the Jazz within 10, then Rudy Gobert got going and eventually gave Utah a 66-65 lead early in the fourth quarter. Gobert finished with 19 points and 18 rebounds. Gobert’s last bucket tied it at 78 with 47.5 seconds left, but Jokic, who added 14 rebounds and four assists, led his team to the second round.

“I just played loose and free and trusted my teammates,” Jokic said. “Jamal, of course, had an amazing two nights — three nights, actually — so we kind of needed to give him some help. I think everybody stepped up.”

Murray — who had carried the Nuggets in the three previous games, scoring 50, 42 and 50 points — took a Joe Ingles knee to his thigh late in the first half but said it’s nothing to worry about moving forward.

“It was just stiff a little coming out of half,” Murray said. “Other than that, it was fine. I’ll be good.”

The Nuggets will play the Los Angeles Clippers in a second-round series scheduled to start Thursday. Malone said his team will need continued strong defensive efforts against Kawhi Leonard, Paul George and the Clippers in another uniquely intimate playoff series.

“This is such a weird environment. We see them every day. We’re across the hall from each other. We were coming out of shootaround this morning. They were coming in — unlike any other Game 7 in NBA history,” Malone said of the Jazz. “But the respect between our organizations is there, and I just want to give them a shout-out because they are a class act and they’re going to be a great team for many years to come.”

Win or go home has become winner take all for the Denver Nuggets. After facing elimination for a second consecutive game, the Nuggets forced a decisive Game 7 win a 119-107 win over the Utah Jazz on Sunday.