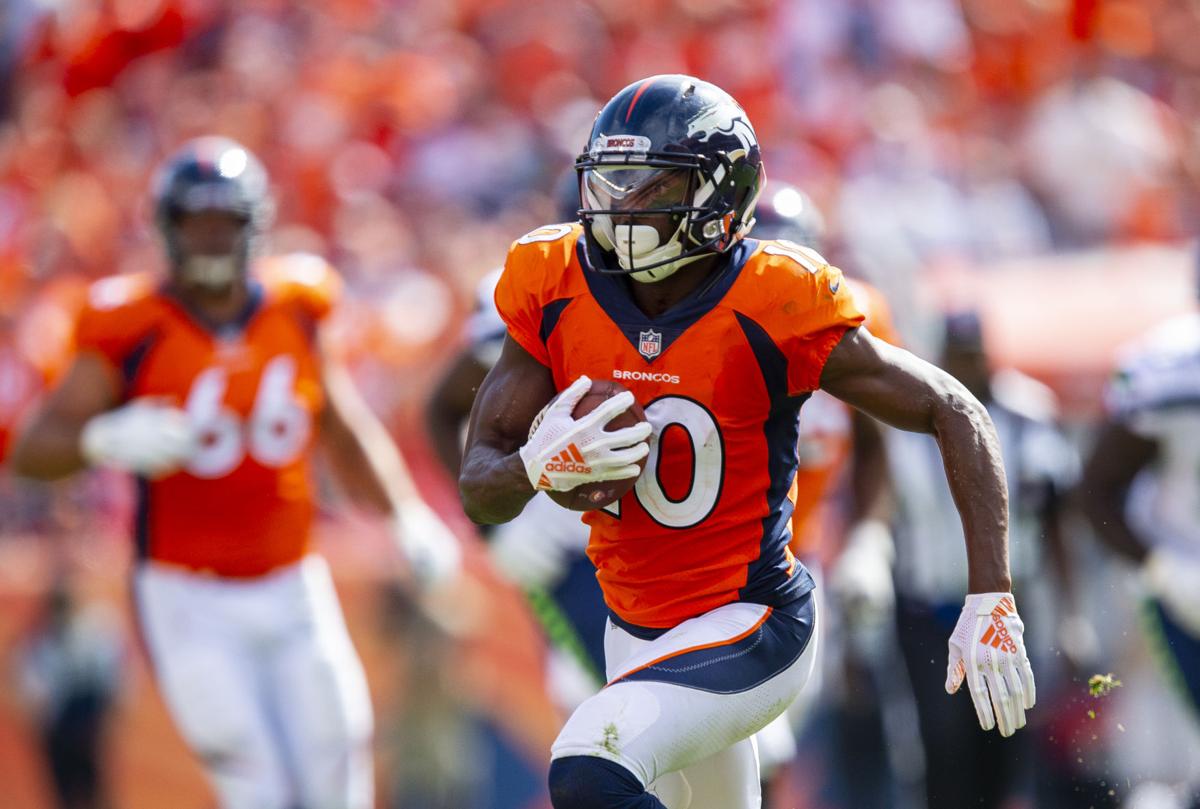 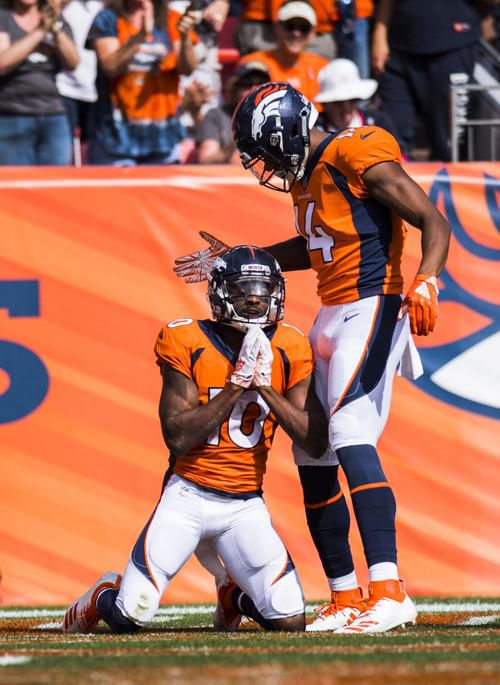 Huey Chancellor was coaching the high school football team in Bellville, Texas, population 3,794, when he looked on the practice field and saw a skinny receiver/defensive back/wunderkind named Emmanuel Sanders.

Chancellor quickly realized Emmanuel was his fastest and finest player, the caliber of athlete who had never before and would never again play for the Brahmas of Bellville High School.

Then the surprise arrived.

The skinny kid was Bellville’s toughest player, too. He wasn’t just some diva wide receiver, although Emmanuel had — and has — some diva in him. He played with the fiendish attitude of a marauding linebacker. He was a complete football player.

“On crackback blocks, he would come up and hit you,” Chancellor told me. “He was the best I ever had. He enjoyed knocking somebody off their feet as much as he enjoyed catching the ball. That was his personality.”

It’s still his personality. Off the field and out of pads, Sanders barely resembles an NFL player. He looks too small, too frail. He doesn’t care. He sprints into the heart of NFL defenses, a dangerous destination, without fear. He remains the courageous soul who impressed Chancellor.

On Sunday, Sanders announced a comeback of sorts during the Broncos’ victory over the Seahawks. After a 2017 season filled with injury, disappointment and confusion, Sanders roared to 10 catches and 135 yards in a 27-24 victory.

The focus after the game was on linebacker Von Miller, who was magnificent, and on quarterback Case Keenum, who was erratic, but Sanders’ outburst might be the most encouraging slice of the victory.

At the end of the 2017 season, I wondered if Sanders was finished. He suffered from finger, ankle and shoulder woes, the toll of dozens of mega-hits in the secondary. And, maybe worst, he was grumpy, a vast change from the bubbly player who caught 253 passes from 2014-2016.

Of course, you would get grumpy, too, if you had to make a living catching passes from Trevor Siemian and Paxton Lynch.

At training camp, it was easy to see a new Sanders. A revived Sanders. A hopeful Sanders.

“I’m out here having fun,” Sanders announced after catching his first Keenum passes. “It smells like football. It doesn’t seem like it’s so hard. It’s easy and it’s fun.”

Keenum is a worthy NFL starting quarterback, a rank Siemian and Lynch never reached. (And never will reach.) If the Broncos fall behind by 14 points to, say, the Chiefs, the game won’t be over. That’s new. This is a dangerous offense that can score points rapidly. It’s not 2013, when the Broncos rampaged to 606 points, but it’s not 2017, either.

After the blowout against the Seahawks in Super Bowl 48, Broncos godfather John Elway embarked on an offseason of shopping. That offseason is best remembered for Elway’s acquisition of linebacker DeMarcus Ware and cornerback Aqib Talib, a duo that transformed the defense from mediocre to ferocious.

Remember, Sanders was a brilliant and gutsy pickup, too.

But during most of 2017, it looked as if the Sanders show was drawing to a close in Colorado. He was a mere suggestion of himself.

On Sunday, Sanders announced his return in a wondrous few seconds. The Broncos trailed Seattle, 10-7, with 10:29 left in the second quarter. A gloom was coming over Mile High.

Keenum found Sanders sprinting alone over the middle. It quickly became a footrace to the end zone, which meant a horde of Seahawks had no chance.

Former Broncos receiver Mark Jackson, who once caught passes from Elway, has long admired Sanders, calling him a “warrior.” Jackson watched as Sanders flipped into the end zone and kneeled quickly for a prayer of thanks.

“You know what I saw?” Jackson said. “A guy who is excited to be playing football. Literally, I could see that .”

We all could see it. Sanders, tough guy from Bellville, has returned in full force.

DENVER • The two good ol’ guys from Texas, in essence and intrinsically, crossed paths for the first time of the afternoon as one was leaving …