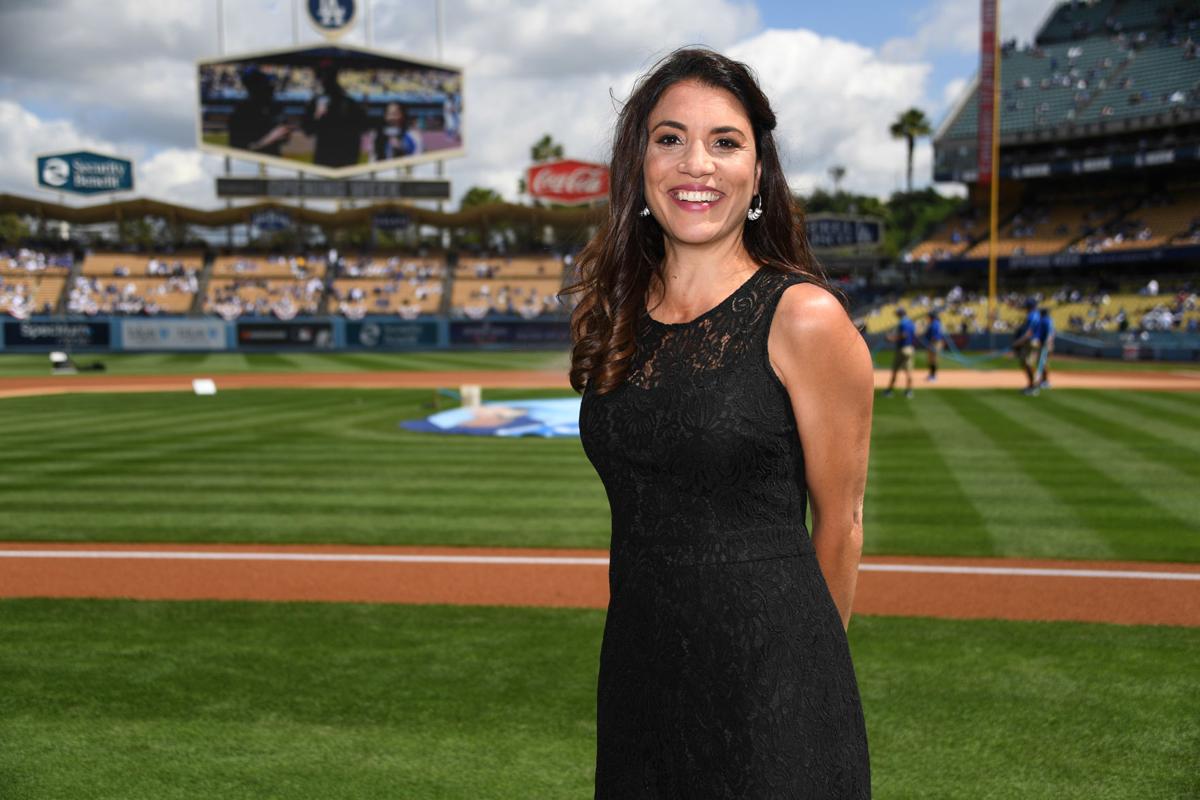 Alanna Rizzo stands near the third-base line as the Dodgers prepare to host the Diamondbacks on March 28 at Dodger Stadium. 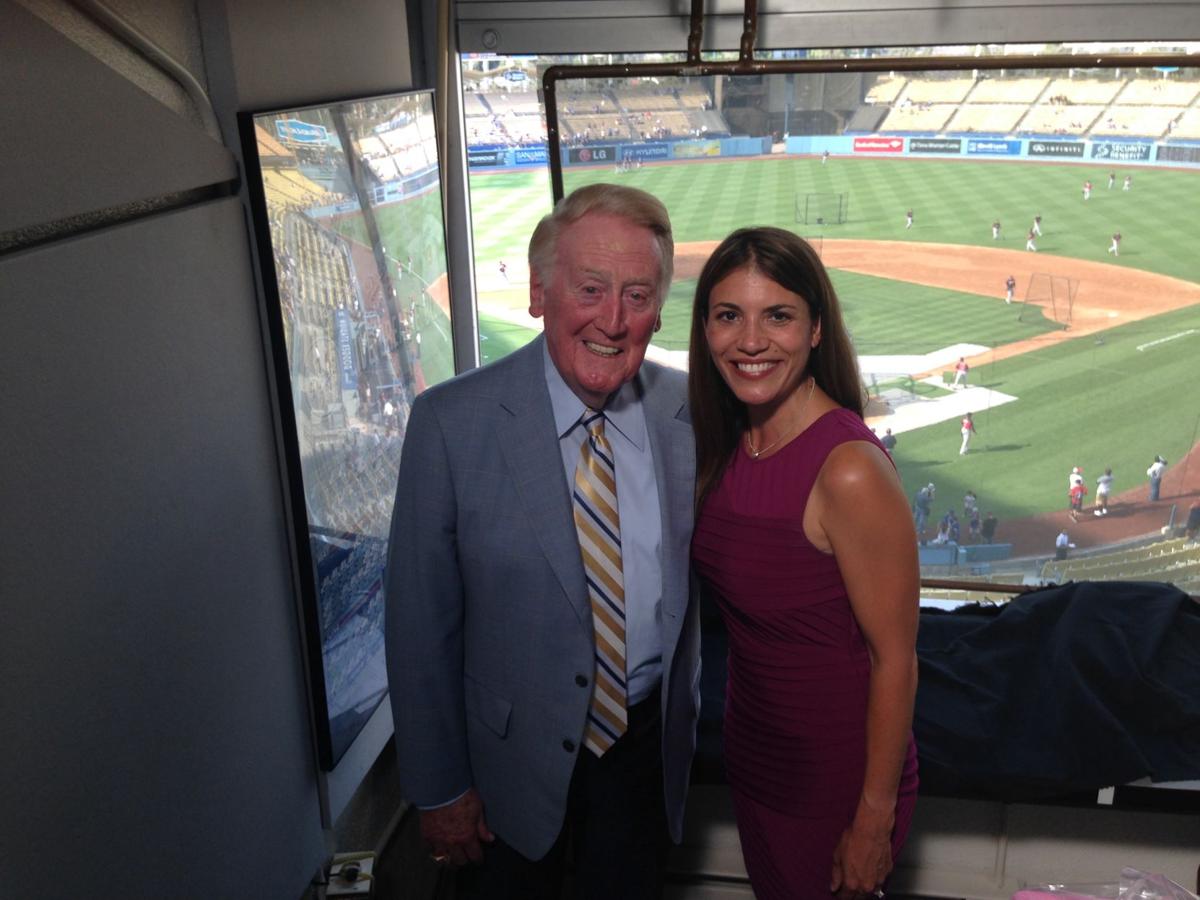 Alanna Rizzo stands near the third-base line as the Dodgers prepare to host the Diamondbacks on March 28 at Dodger Stadium.

In late 2000, Dr. Anne O’Rourke was watching a Broncos game at the home of Alanna Rizzo.

Suddenly, Alanna pointed at a female sports reporter on the TV screen and made an announcement.

“That’s what I really want to do,” Alanna said.

At the time, Alanna was a recent graduate of the University of Colorado’s business school. She was working in sales in the Denver area, earning a comfortable salary. It wasn’t enough.

“I was disenchanted and bored,” Alanna says. “I was incredibly unfulfilled.”

Meet Guidry, who stole Alanna Rizzo's heart and led to her dog-saving foundation

The women had known each other since Alanna was a confident and polite fourth-grader in Colorado Springs. O’Rourke, who spent her career as an educator in District 2, had long believed Alanna could do anything she decided to do.

What, Ann asked Alanna, is required for your vision to come true? Alanna said she would need to quit her job, go back to school and find an entry-level reporting job. At the time, it seemed a wild plan.

On Monday, Alanna, 43, returns to Coors Field and her native state as Los Angeles Dodgers on-field reporter for SportsNet LA. She returns as a happy rarity. She’s done exactly what she said she would do.

“That is so Alanna,” O’Rourke says. “Once she decides to do anything, that’s it. She is going for it. … As a young girl, she was like the daughter everybody wanted. She was bright. She loved having fun, but she was an incredibly hard worker.”

Not long after her conversation with O’Rourke, Alanna returned to CU to earn a master’s in journalism. She paid reporting dues in Wichita Falls, Texas, and Madison, Wis., before becoming on-field reporter for Rockies games. She worked for the MLB Network before moving to Los Angeles in 2014 to cover the Dodgers.

Rizzo is fortunate, and she knows it. She spends summer days and nights at Dodger Stadium, an American mid-century architectural marvel that many consider baseball heaven. She covers a team that leads Major League Baseball in victories.

But here’s the thing about covering sports as a job: Yes, it’s a great gig. No doubt about that. But it’s still a job, and covering an entire baseball season is sports journalism’s version of a marathon. Rizzo estimates she covers 200 games a season. “All spring,” she says. “All postseason.”

Do movies, a grand American tradition, have a future in theaters? | David Ramsey

“Covering a baseball team is not for the weak,” Alanna says, laughing. “There is definitely a challenge in not getting bored and keeping it fresh. The biggest trouble is the schedule. I sometimes say that I’m contractually obligated to be perpetually tired.”

Despite the ultra-busy schedule, Alanna keeps close contact with friends from Colorado Springs. She was born at Penrose Hospital and graduated in 1993 from Sierra High, where she ran track and cross country.

On April 5, 1993, Alanna was sitting in the accounting class at Sierra taught by Mark Beranek. This was a special afternoon. After waiting for decades, Major League Baseball had arrived on the Front Range. It was the Rockies inaugural game.

Beranek and his students watched the Rockies instead of examining the intricacies of accounting. Decades later, Alanna still is thankful for that joyful escape from numbers.

In the summer of 2017, Beranek drove to Coors Field to watch the Rockies play the Dodgers. He hoped to say hello to Alanna, but wasn’t sure he could make his plan work. A kind Rockies usher allowed him to walk directly behind the Dodgers dugout.

Alanna recognized her old teacher, and the two enjoyed a conversation.

“She is an absolute sweetheart,” Beranek says. “Ask anybody at Sierra who had the opportunity to work with her. She was always just a joy to be around.”

At her home in the Springs, O’Rourke laughs as she remembers another Alanna moment. A few months ago, O’Rourke was on a quest to find tickets for her sister to see the “Ellen DeGeneres Show.” She tried everything and everything failed.

O’Rourke mentioned her frustration to Alanna. She was not asking Alanna to find tickets.

Not much later, Alanna called. She had secured the tickets.

O’Rourke was surprised, but not surprised.

“She is,” O’Rourke says, “a-make-things-happen-for-people person.”

Breana Knight, a University of Colorado graduate, refuses to allow injury to halt a defiant desire to ride bulls. This is a profile in courage. Bullriding delivers serious fun, and serious danger.