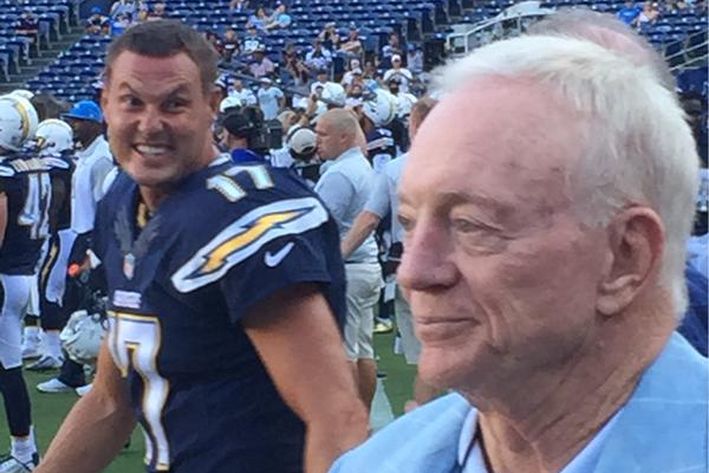 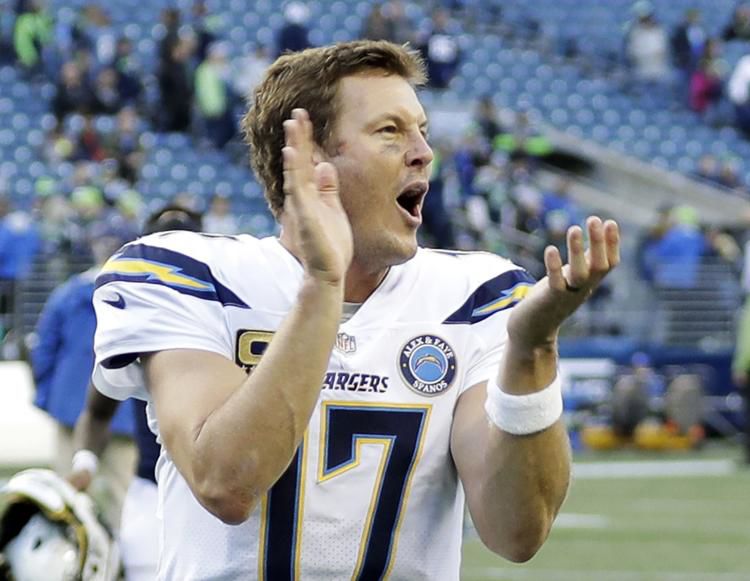 Jalen Ramsey (no relation) and the Jacksonville Jaguars were roaring as the NFL’s next big thing over the summer.

Jalen and his Jags led the Patriots in the fourth quarter of the AFC title game, nearly taking a ride to the Super Bowl. This left Ramsey, a talented, talkative defensive back, feeling supremely confident.

In a frank interview, Ramsey dismissed the accomplishments of Ben Roethlisberger and described Bills rookie QB Josh Allen as “trash.”

Then Ramsey, on a roll, dissed Chargers QB Philip Rivers.

Woody Paige: Like a Mike Shanahan squad before, Broncos could join 3-6 teams who made playoffs

At the time, Rivers was out of style. He hadn’t thrown a pass in the playoffs since 2013 and had become known more for the number of his children (a mind-boggling seven) than for his loud, entertaining contributions to the Chargers.

But life changes rapidly in the NFL. Ramsey and his Jags, next big thing, are 3-6 with five straight losses.

Meanwhile, Rivers has been much more than “pretty good,” throwing 21 touchdowns and only four interceptions while directing the Chargers to a 7-2 record, with six straight wins.

He averages 9 yards per completion, best of his career, and ranks third in overall passer rankings behind Patrick Mahomes and Drew Brees. He leads a dark horse Super Bowl contender. He’s a seven-point favorite Sunday over the Broncos, his longtime nemesis.

For much of this decade, I felt a touch of sorrow for Rivers. He compiled spectacular numbers but seemed destined to be eventually forgotten, largely because of his misfortune to play in the same pass-happy era as Peyton Manning, Tom Brady, Brees and Aaron Rodgers. He appeared doomed to join the short list of elite quarterbacks who never reached a Super Bowl.

But maybe not. Maybe Rivers can deliver a fitting finale.

For years, Rivers ranked among the least popular visiting athletes in Colorado sports history. He was despised for shouting from the sideline at fellow quarterback Jay Cutler, then with the Broncos. Rivers was seen as obnoxious, maybe because he can, at times, be obnoxious.

But then almost all of Colorado joined Rivers in despising the easy-to-despise Cutler. And Rivers’ dancing, trash-talking, whining-constantly-to-the-refs style was seen more as light comedy than irritating drama.

A few years back, I walked to the Chargers locker room to interview players. Rivers was there, getting ready to talk at the podium. He was aggressive, as I expected, but full of surprises. He was aggressively polite and kind with everyone he encountered, including workers picking up towels.

Hidden behind his façade of obnoxious quarterback was a polite and friendly Catholic boy from Alabama.

Even Von Miller is a Rivers fan. Von doesn’t mind all the talking. He knows it’s just part of the show.

“It’s not anything too serious,” Miller said. “It’s actually exciting. You’ve got a guy that’s going to throw a 20-yard pass and holler at you a little bit after the play.

“It’s kind of motivating and that type of fun, competitive nature makes the game great.”

DeMarcus Ware, the retired Broncos and Cowboys great, was startled the first time he dropped Rivers, who immediately jumped to his feet, patted Ware on the shoulder pad and happily said, “Hey, that was a nice hit!”

“He’ll get under your skin, but it’s all fun and games at the end of the day,” Ware said.

This could be the year for the surging Chargers. The Chiefs and, of course, the Patriots are AFC favorites, but the Chargers boast a tougher, stingier defense.

And Rivers, the quarterback Colorado used to love to hate, could put the proper crown on his career.