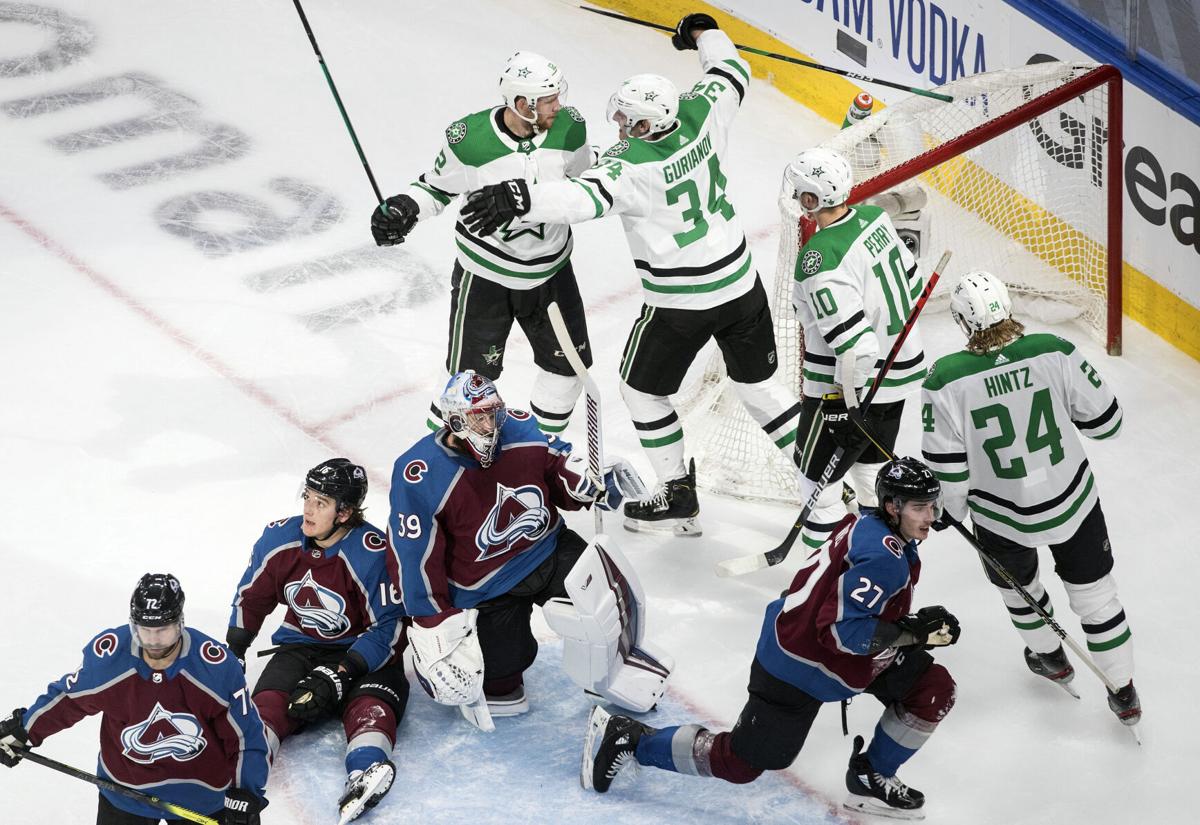 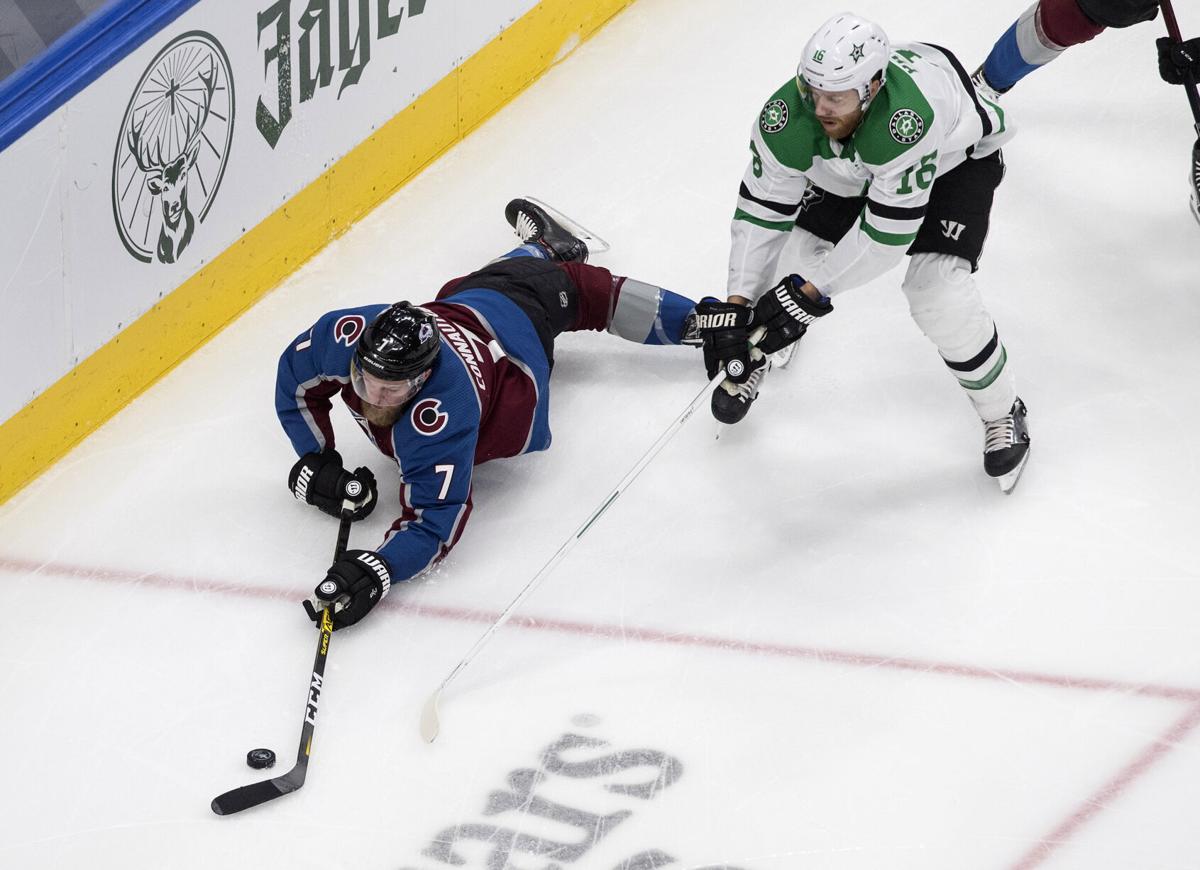 The Colorado Avalanche started out 2-0, but ended up 0-2.

Feeding off the momentum of a successful 5-on-3 power play, Dallas Stars scored three more unanswered goals and confidently cruised to a 5-2 win. That put the higher-seeded Avalanche behind 2-0 in the second-round series on Monday night.

Colorado controlled the first period, looking every bit the team that steamrolled the Arizona Coyotes in Games 4 and 5. The Avalanche jumped out to a two-goal lead before the Stars gave them the Calgary Game 6 treatment.

Dallas has shown an ability to score in buckets in this postseason, putting seven unanswered goals on the Flames to eliminate them in the last round. Once the Stars started rolling, Colorado looked powerless to stop them.

"For some reason we couldn’t get back on our feet after the second period," captain Gabriel Landeskog said.

Fourteen seconds into a power play, Mikko Rantanen teed up Nathan MacKinnon, who blasted the puck past Dallas goaltender Anton Khudobin (38 saves). MacKinnon then returned the favor, coming around the net and feeding Rantanen, who sent the puck pinging around the inside of the cage.

Two members of the Avalanche defensive corps, already missing someone they can ill afford in injured Erik Johnson, took penalties and the opportunistic Stars capitalized on both parts of the 5-on-3.

Alexander Radulov sent the puck through the crease to Joe Pavelski and Pavel Francouz had little chance on it. Then Radek Faksa located the puck in a scramble in the crease.

To further prove the point that nothing was going wrong for Dallas, an innocent, bad-angle bid bounced off Samuel Girard and Radulov. With both men still trying to catch sight of the puck, it soared in over Francouz’s head.

“A bad bounce, it shouldn’t define the rest of our game," Bednar said. "We’ve got to be stronger, to me, mentally, than that.

"I think we got a little disappointed and started feeling sorry for ourselves a little bit and there was still half a game to play, and it cost us."

A mangled play along the boards led to a short Stars 2-on-1. Francouz made the initial save but the puck sat in the crease and Dallas went up 4-2.

Landeskog said he didn’t know how the referee could have seen the puck cross the goal line from his vantage point. And after it was ruled a goal on the ice, there wasn’t enough evidence to overturn it on review.

“We haven’t gotten an explanation and I’m excited to see what the explanation will be,” Landeskog said.

Five straight penalty calls against Dallas gave Colorado plenty of chances to climb back in the game but the only other goal was a Stars empty-netter.

Francouz made 22 saves in place of Philipp Grubauer, who is out indefinitely after sustaining an injury in Game 1.

The Avalanche can try to avoid an almost assuredly fatal 3-0 series hole Wednesday.

"We feel, more than anything, that we’re in this thing," Landeskog said.

"There’s no quit in this group."

Replacements for Johnson, Grubauer, out indefinitely, get their shots for Colorado Avalanche

Several big pieces of the Colorado Avalanche lineup were missing in Game 2 but the team made do.