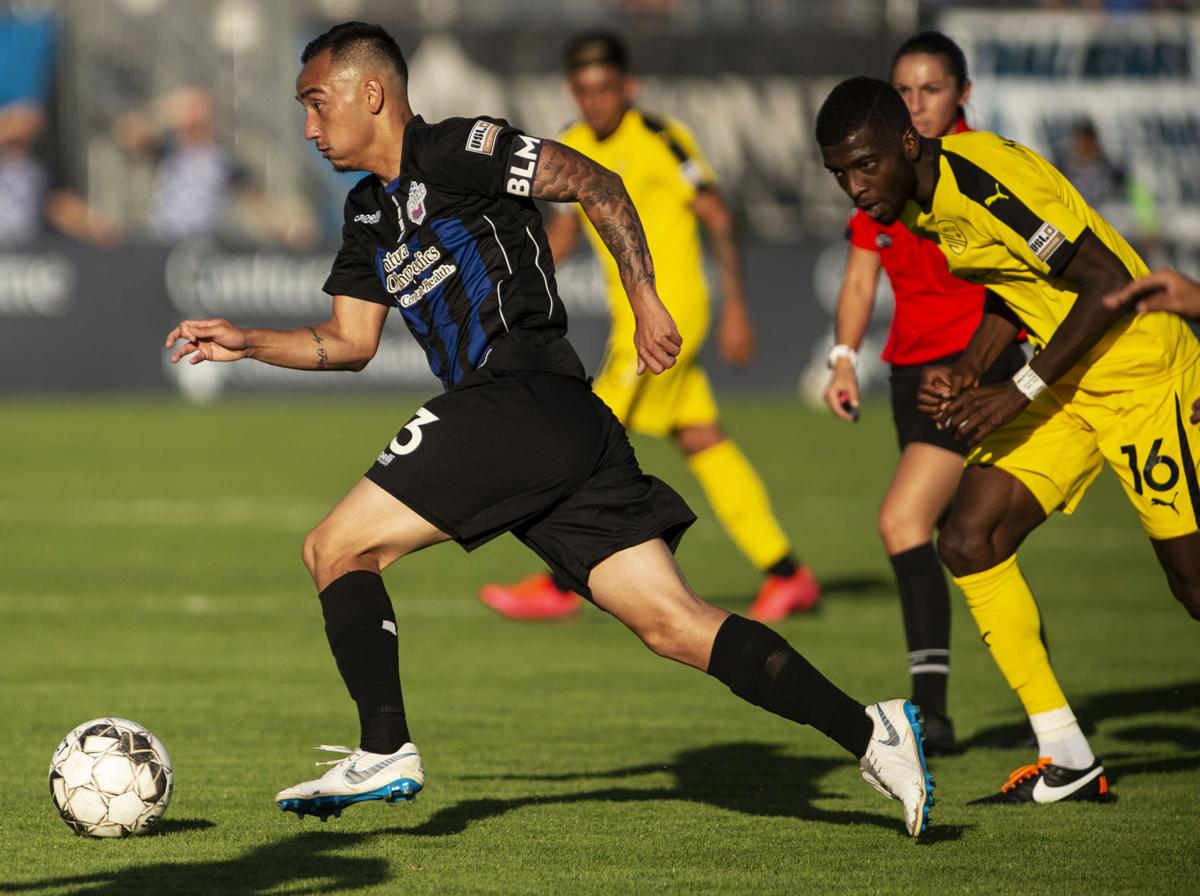 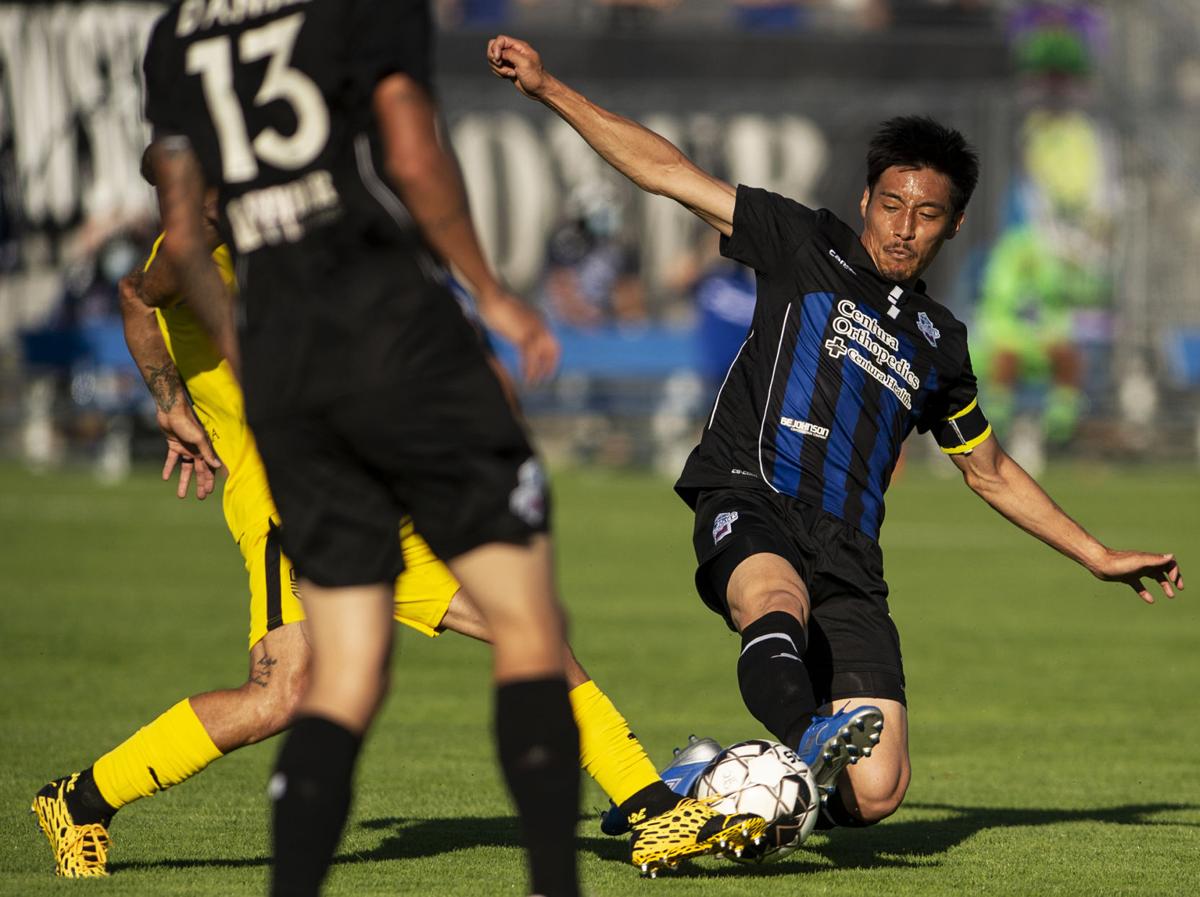 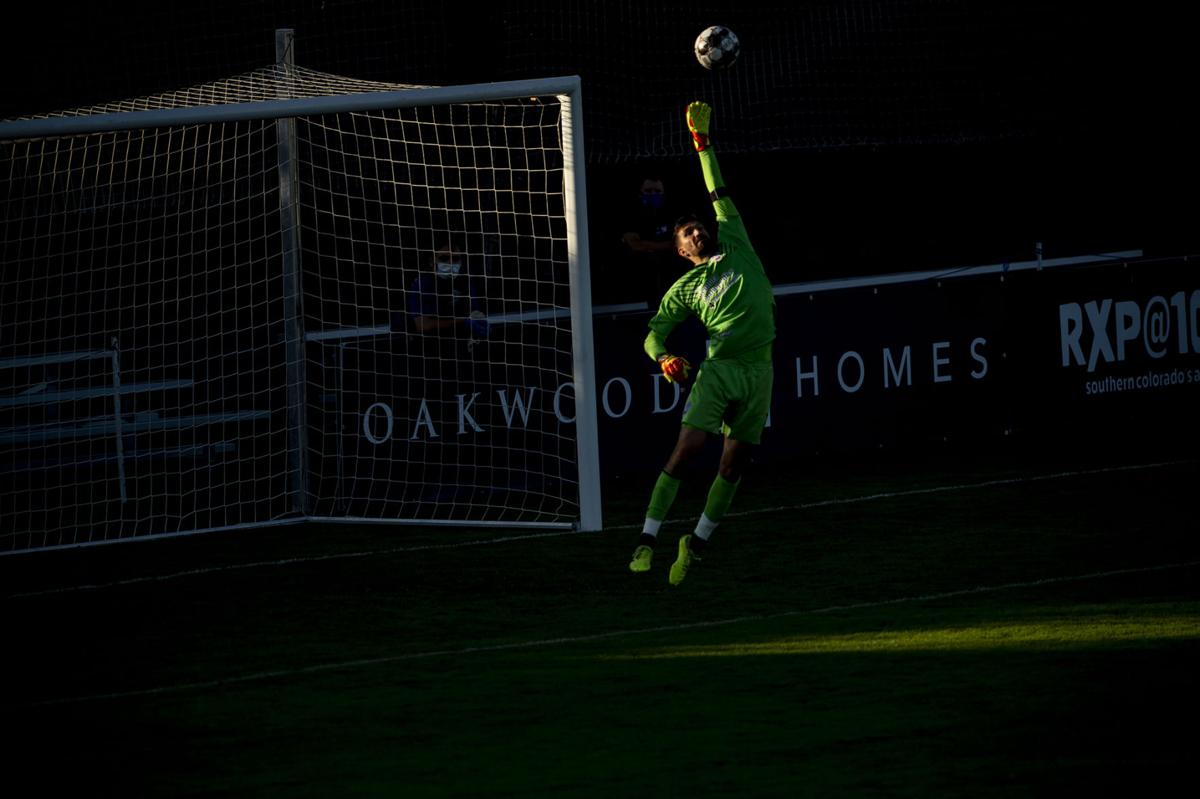 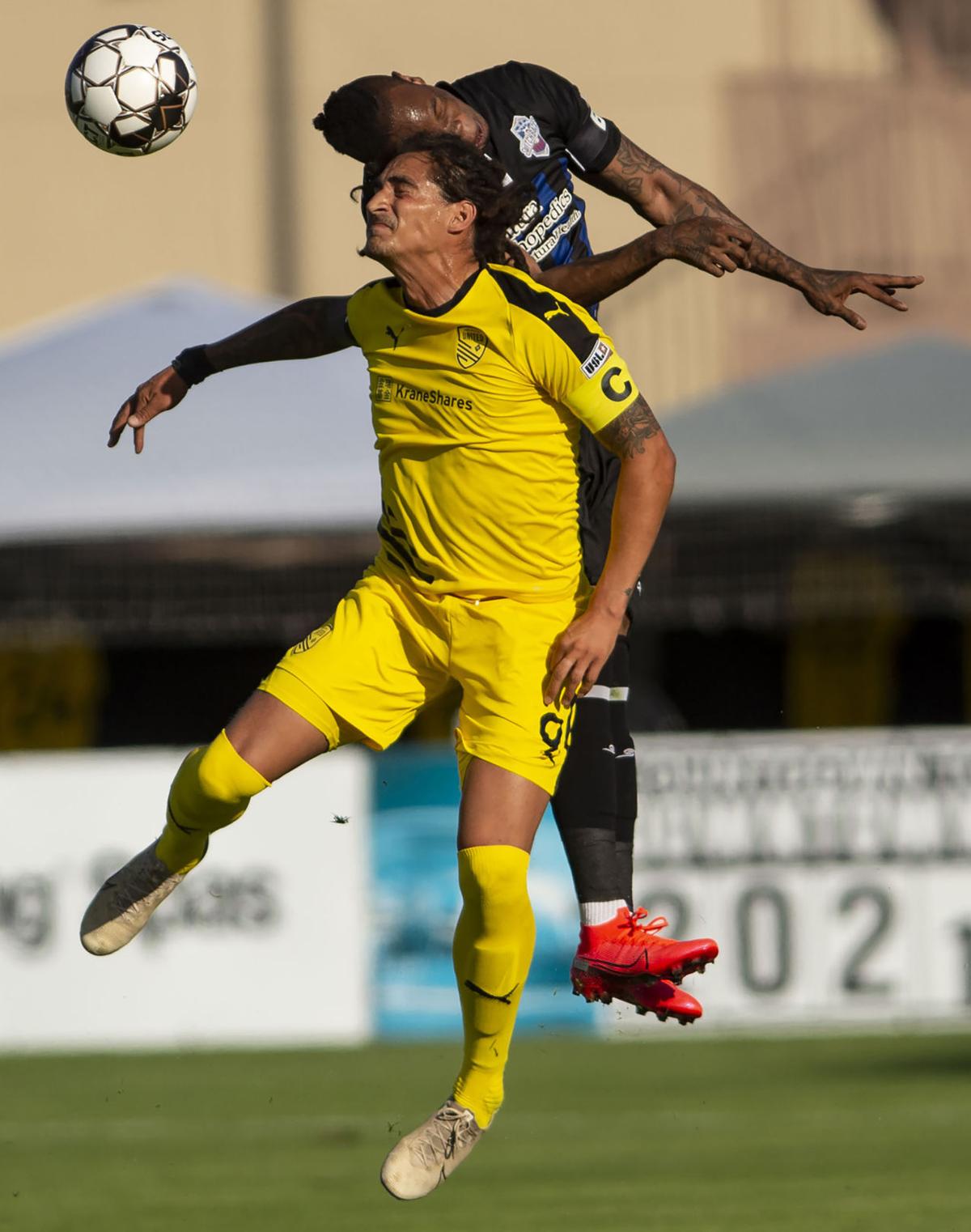 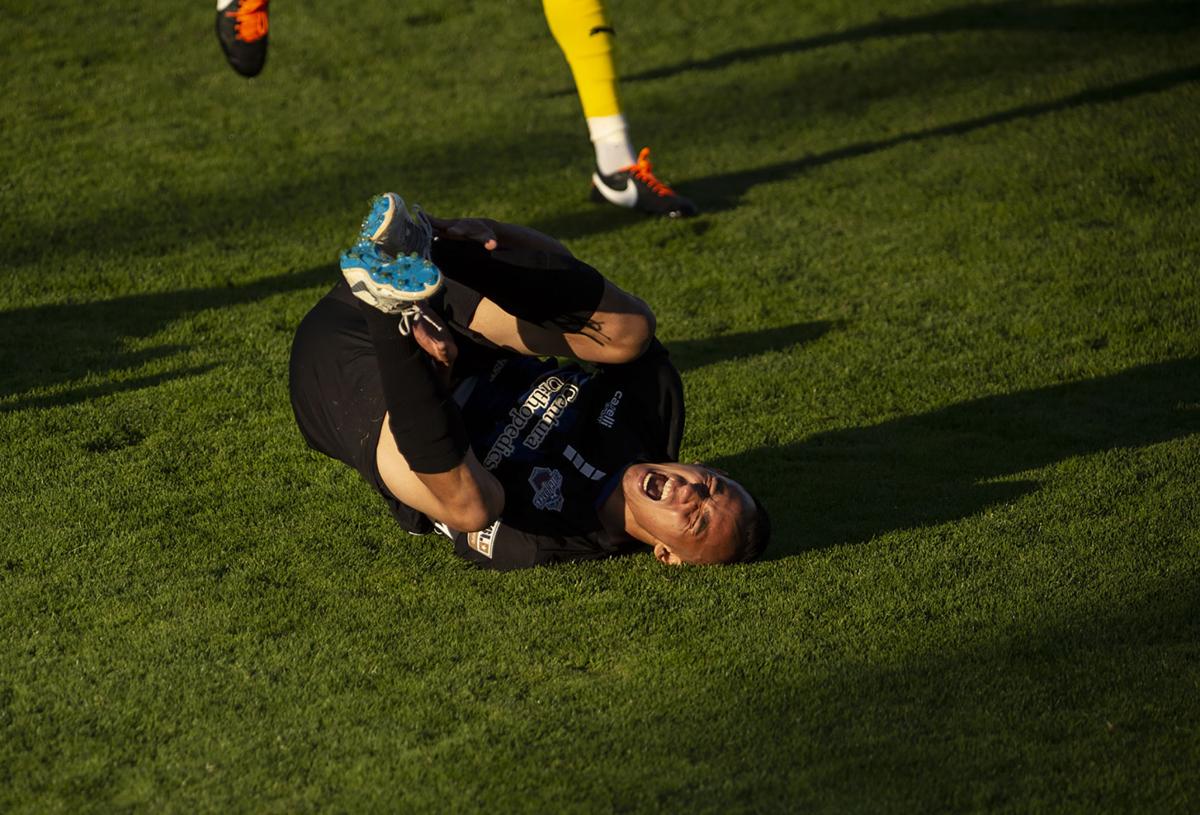 Switchbacks midfielder Aidan Daniels reacts in pain Saturday after clashing with a defender during the Colorado Springs game against New Mexico United at Weidner Field.

Switchbacks midfielder Aidan Daniels reacts in pain Saturday after clashing with a defender during the Colorado Springs game against New Mexico United at Weidner Field.

Colorado Springs Switchbacks FC went from celebrating what it thought to be a go-ahead goal to shaking its collective head at New Mexico’s 2-1 winner in a span of 10 minutes late in Saturday's match at Weidner Field.

George Lebese looked to tap a pass from Austin Dewing over the line with the match tied at 1 in the 79th minute, but the celebrations were halted by the offside flag. Available replay appeared to show Lebese in a legal position, but the call stood with no instant replay available to officials in USL play.

“It looked like a cut-back to me, so I didn’t think George was offside at all, but the linesman called it, so you can’t do anything about it,” Aidan Daniels said. “We don’t have (video assistant referee), unfortunately.”

Volesky and Austin Dewing also had chances to put the hosts in front in the second half but neither converted.

With the Switchbacks feeling like they were inching toward the go-ahead goal, New Mexico forced a turnover in the midfield, countered and capitalized when Chris Wehan beat Switchbacks keeper Sean Melvin to the far post in the 87th minute, taking the three points in a Group C matchup.

“I felt like we grew into the game more and more as the game went along but when you sometimes get a little overzealous, you can get stretched,” Switchbacks coach Alan Koch said. “I think that’s what happened tonight. Fair play to New Mexico. They’re a good team.”

United showed its quality early when Saalih Muhammad opened the scoring for the visitors midway through the first half. After Melvin turned back a shot from Devon Sandoval, Muhammad volleyed the ball into the goal from distance. Daniels leveled things in first-half stoppage time when he pushed his first touch into space just outside the box. After a few more touches and a look at goal, Daniels blasted a shot off the post and into the opposite side netting, sending the teams back to the temporary changing tents level at 1-1 with his first goal for the Switchbacks.

“I just kind of took my touch in the other direction, space opened up and I just ran through and hit a strike,” he said.

The young Canadian's showing as an attacking midfielder has been a positive for the team this season. Jordan Burt, a right back who played all 90 minutes Saturday, has been with the club for all six seasons and said Daniels is a part of what makes the 2020 squad the most talented team he’s been with in Colorado Springs.

“He turns every time, gets forward every time, very skilled player,” Burt said. “I think we just need to keep utilizing him, and he’s going to have a hell of a season.”

While the final 15 minutes may have reminded Switchbacks supporters of past disappointing seasons, Koch in his first full season with the club said the necessary culture change is ongoing.

“What happened at the end of the game is what happens to teams that finish at the bottom of the league,” Koch said. “We’re going to change it. It’s going to take time. We’ll learn from tonight, put in a good week of training this week and hopefully bounce back next week.”