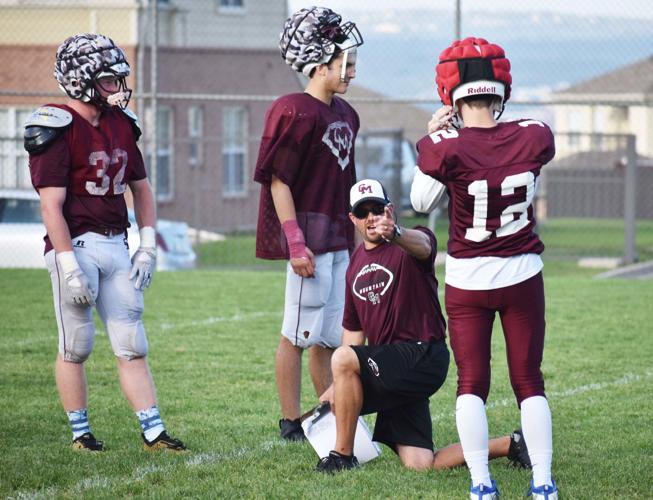 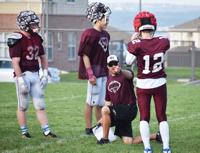 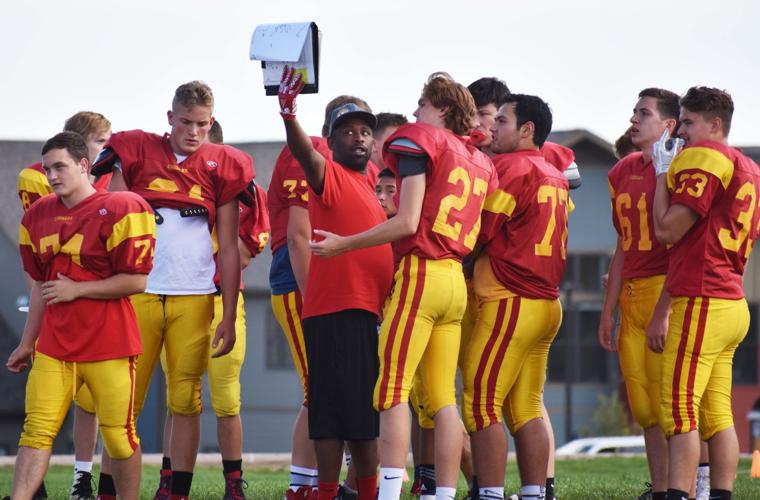 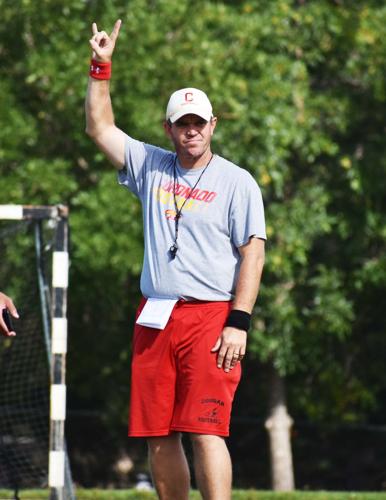 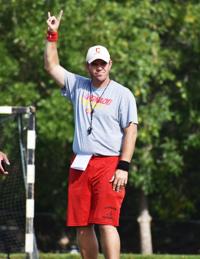 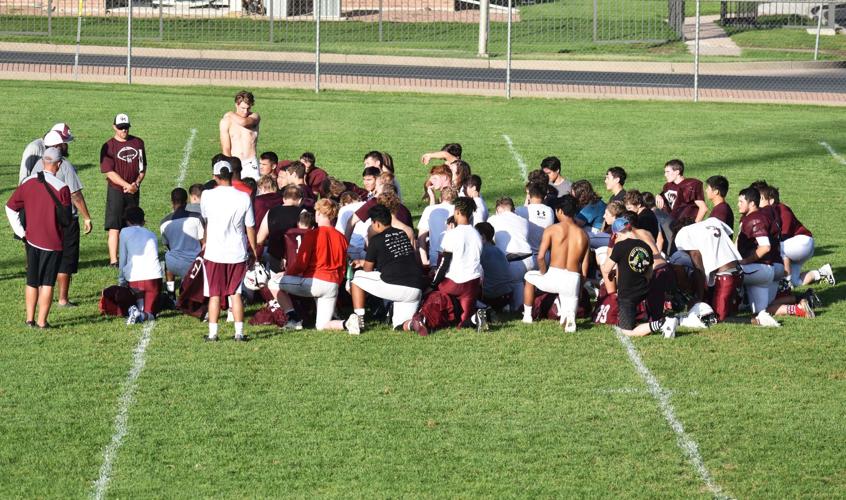 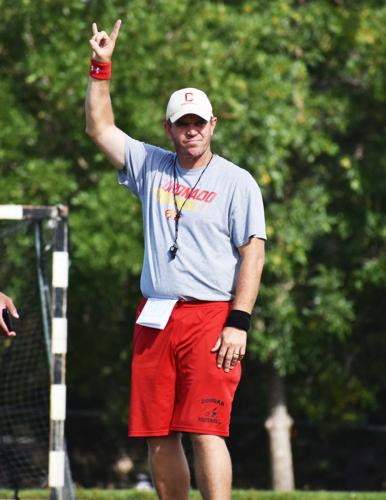 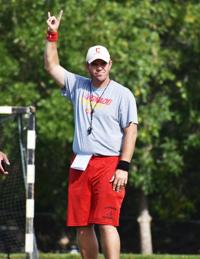 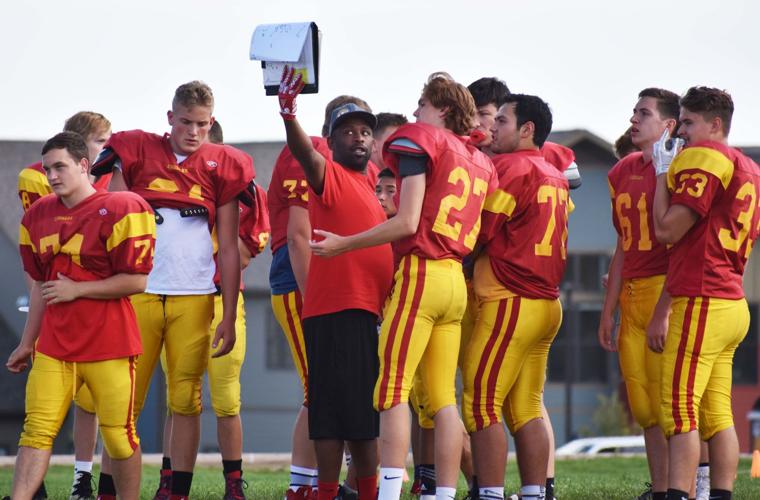 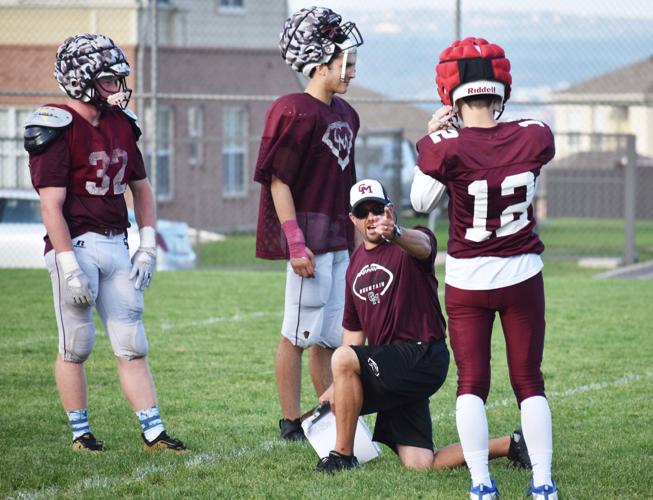 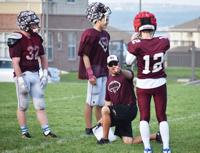 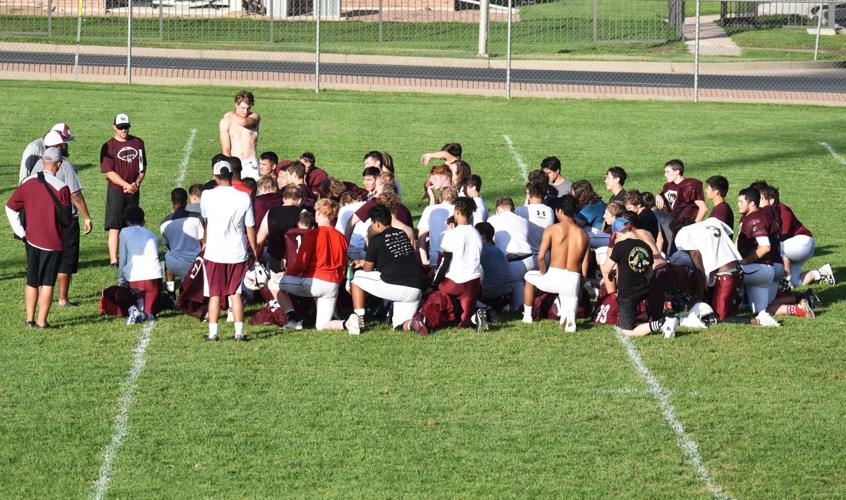 Actually, he has a few, according to his sly smile after practice Wednesday.

“I don’t want to give away too much,” Saravis said. “But we’re going to get the ball to some very talented players and try to play the game really fast. We have some speed this year and we’re going to use that to our advantage.”

Saravis, who is beginning his second season as head coach, hopes to use that speed and newfound depth against Coronado on Friday at home as the Indians kick off the season for the Gazette Preps Game of the Week.

Like Cheyenne Mountain, the Cougars are beginning their second season under their respective coach Monte Gutowski, who also aired a sense of confidence, Wednesday.

“We’ve had our best week of practice this week and we’re flying around at the tempo and pace that we want,” Gutowski said. “It’s a really exciting week and we’re ready to get out there and see what happens.”

Last year Coronado emphasized its run game led by Troy Renner, who finished his junior season with 943 rushing yards and 13 touchdowns. For 2018, Gutowski is eager to see a healthy competition under center and a new receiving corps after losing five receivers to graduation.

“Gabe Chapel and Julian Hogan continue to battle (at quarterback). It’s been a heated battle and they each bring something a little bit different,” said Gutowski, who said the starting spot for Friday is undecided. “They help each other and it’s all about getting the team better.”

Cheyenne Mountain, on the other hand, returns its top rusher from a 5-5 season, James LaCerte, who had more than 800 yards as a sophomore.

The Indians graduated their top two receivers, Garry Raymond and Shamauri Rivera, but sophomore Brad Helton, who played eight games at quarterback last year, is transitioning to receiver. Senior Aaron Berkhoff, who played just one game last season, will step in as quarterback.

“Our defense is playing with a lot of speed, I would like to selfishly say we have an outstanding secondary and one of the best middle linebackers I’ve seen in years,” said Saravis, describing junior linebacker DJ Christley, who had 91 tackles last season. “Coronado is very, very well coached. They come out of the gun, the kids play hard. And when you have a well-coached team you’re never going to have an easy game so we expect a good slugfest.”

Teams: Cheyenne Mountain was 5-5 last year under first-year head coach Jay Saravis and returns a good number of last year’s biggest offensive threats, including James LaCerte, who was a jack of all trades for the Indians. LaCerte had 1,363 all-purpose yards as a sophomore, including 818 rushing yards as the team’s top threat on the ground.

Coronado is also fresh off a season with a first-year head coach Monte Gutowski, and finished 4-6. The Cougars lost starting quarterback Toby Smith, who had 1,261 passing yards last season, to graduation.