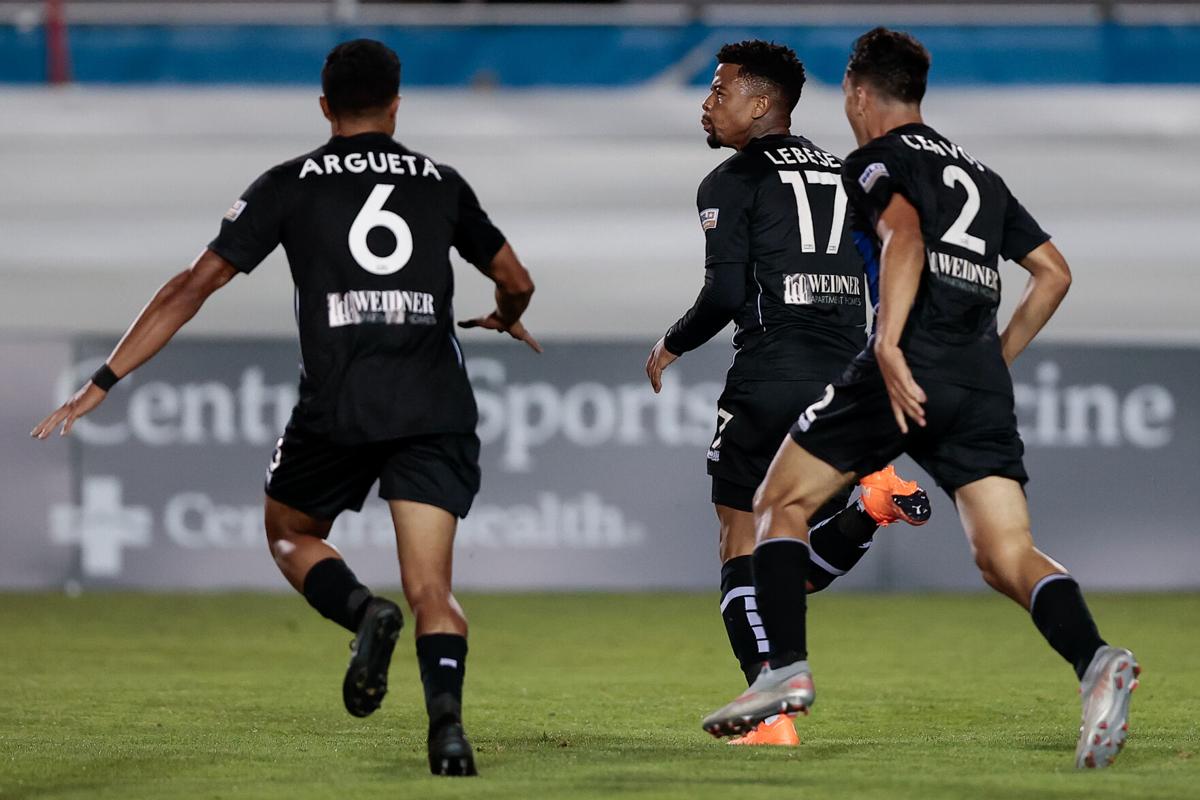 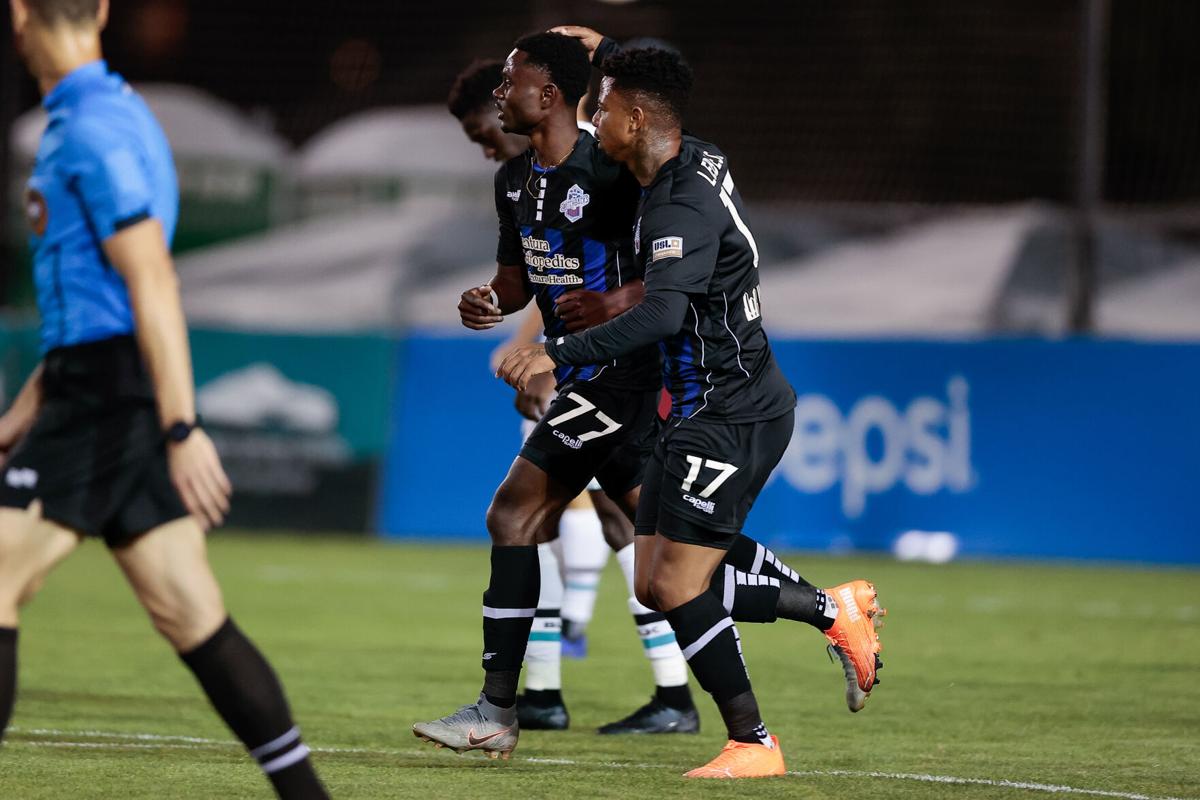 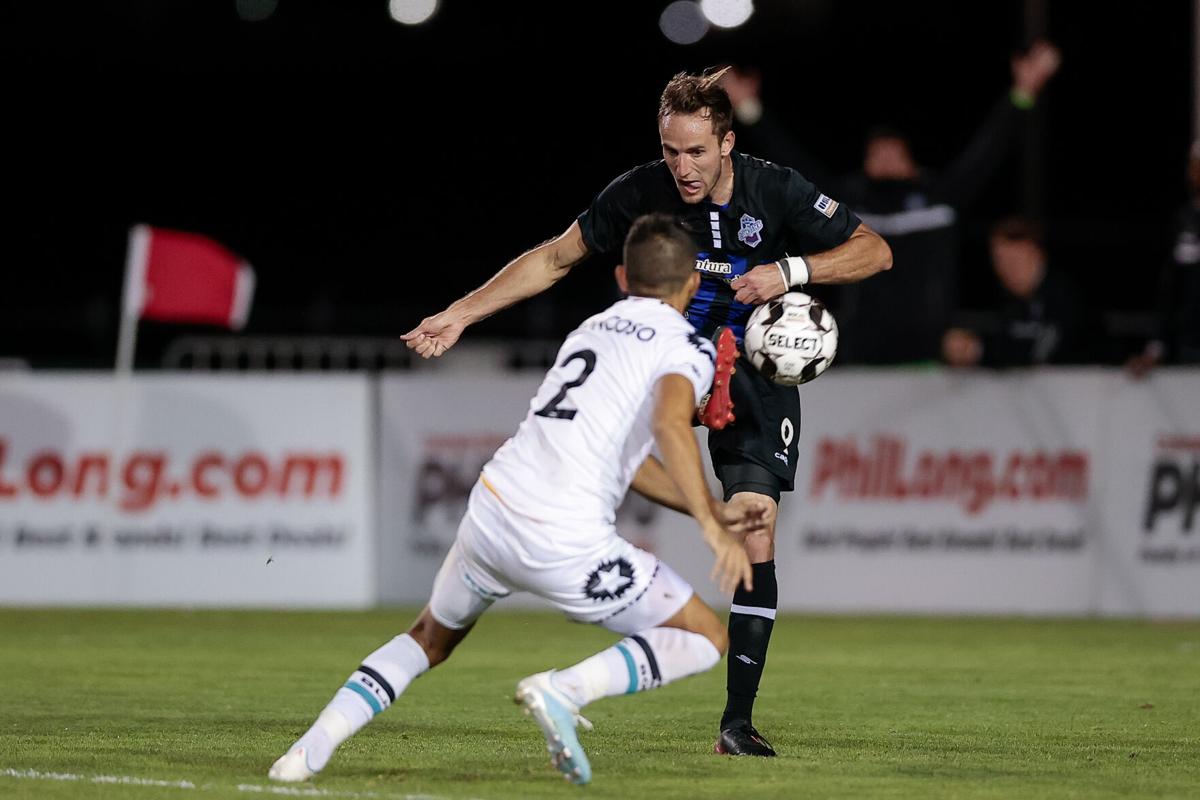 An unapologetic conversation came between Colorado Springs Switchbacks FC’s unacceptable first half and its unprecedented second-half comeback in a 4-4 draw against Austin Bold on Wednesday at Weidner Field.

When Switchbacks coach Alan Koch got back to the locker room after watching his team concede four goals in the first half, including two in the first three minutes, it was not the time to worry about damaged egos or hurt feelings.

The message to perform or prepare to search for a different place to play next season appeared to be received when the team returned to the field - it took Christian Volesky just three minutes of the second half to score his first goal - and when players spoke after the match.

“It’s a cruel sport,” Volesky said. “We’ve got to take this momentum and this attitude to come back from 4-0 down and carry it forward or the reality is a lot of us won’t have a job next year. We just keep working, every single day.”

While Volesky knew what has to change moving forward, neither he nor midfielder Andre Lewis could answer what was behind the return to slow starts after Saturday’s strong showing against El Paso.

“I wish I had an answer. I don’t know,” Volesky said. “If I did, I would get into the group and talk to coach.”

“To be honest, I don’t know,” Lewis added. “I mean, the man upstairs probably could answer that for me, but it was shocking.”

Austin created its first chance before the clock hit a minute and Billy Forbes converted Austin’s second a minute later. Then, Kleber made it 2-0 in the third minute; Xavier Baez scored a third in the 38th minute and Forbes celebrated his second just before half time.

The Switchbacks coach said the issues were numerous. There seemed to be a lack of energy from the hosts after an hour-long weather delay. Swirling winds from the storm lingered and helped pin the Switchbacks into their defensive third. Most notable, however, was a lack of experienced players who could’ve corrected issues on the fly before multiple goals were conceded.

“You either have to go acquire it or you have to develop it,” Koch said. “We’re in the process of developing it. You could see we developed experience in the course of the 90-plus minutes tonight.”

One player who showcased the requisite poise through pressure was first-year winger George Lebese. In the 84th minute, with the Switchbacks a goal away from drawing level, Lebese received a pass from Hiroki Kurimoto just outside the corner of the 18-yard box and split a pair of Bold defenders with a touch to the middle of the field. before sneaking a peek at goal and ripping a left-footed shot off the far post.

“That’s the experience. It’s just being calm, not panicking, not rushing it. It’s a huge goal.To come back from 4-0 down and score a goal like that to tie it up, there’s a lot of players that would panic in moments like that, but he was incredibly calm; he picked his spot, and he buried it.”

Lebese was part of the tactical and personnel changes at half time and quickly made an impact. After he replaced Luke Ferreira to start the second half, Lebese set up Lewis, who also beat a couple of defenders with a deft touch before unleashing a powerful shot to the far post, for the Switchbacks’ second goal.

“It was a great feeling, but I wish I scored a goal when we win, but I will take it,” Lewis said. “I give thanks to George, my teammate, as I would say again, the man upstairs, for the first goal for the club.”

Volesky scored off a rebound for his brace just after the hour mark, his third goal of the season, before Lebese completed the first comeback in United Soccer League Championship history featuring four unanswered goals in the second half.

Afterwards, Lewis and Volesky felt they could’ve score five and won the match after a jarring conversation after 45 minutes.

“Especially the part when he said ‘it can be the end or it can be a start,’ that hit. That’s deep,” Lewis said.

“I definitely feel that, and I hope all the guys feel that as well because football is like that. It’s here, and it can go by quick.”

The Switchbacks will get a chance to show a grasp for what was relayed at half time when Group C leaders New Mexico United pays Weidner Field another visit on Saturday.

No thoughts of not playing

Most sports in the United States paused once again Wednesday, but the Switchbacks coach said he heard nothing from the United Soccer League or his players that indicated the match against Austin Bold would not be played.

“I was aware of some of the other things that are happening, (but) no, I didn’t think for one second our game tonight was going to be involved by any means,” Alan Koch said.

What started with the Milwaukee Bucks choosing not to play their NBA playoff game on Wednesday afternoon in response to inaction after Kenosha, Wis. police shot Jacob Blake, an unarmed Black man, in the back seven times, turned into all NBA and WNBA games being postponed. A few Major League Baseball games, including one in Milwaukee, were not played. The same goes for five of the six scheduled Major League Soccer matches, including the Colorado Rapids match at FC Dallas.

As has been the in recent matches, a small group of Switchbacks players kneeled during the national anthem, while all players took a knee during a moment of silence to recognize racial injustices following the anthem.