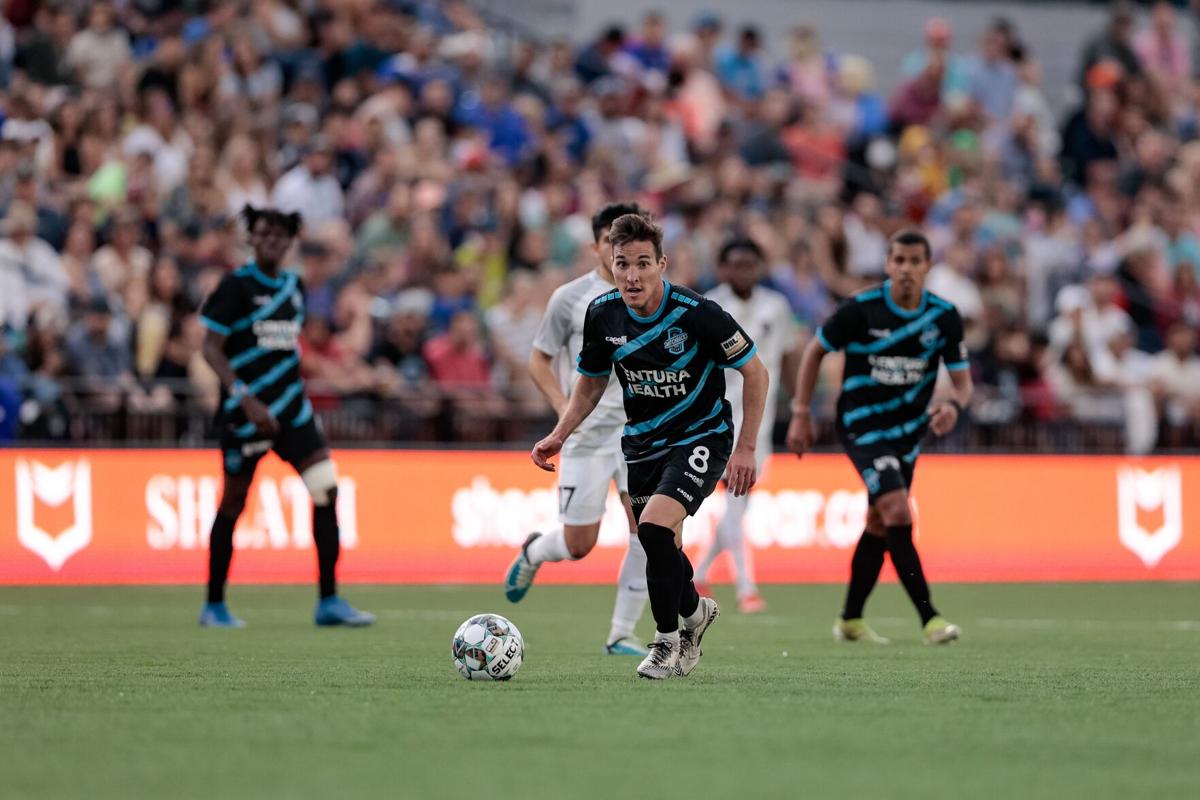 Switchbacks midfielder Zach Zandi, in dark jersey, and his teammates will be in Texas on Wednesday to take on Austin Bold FC in a key Mountain Division match. 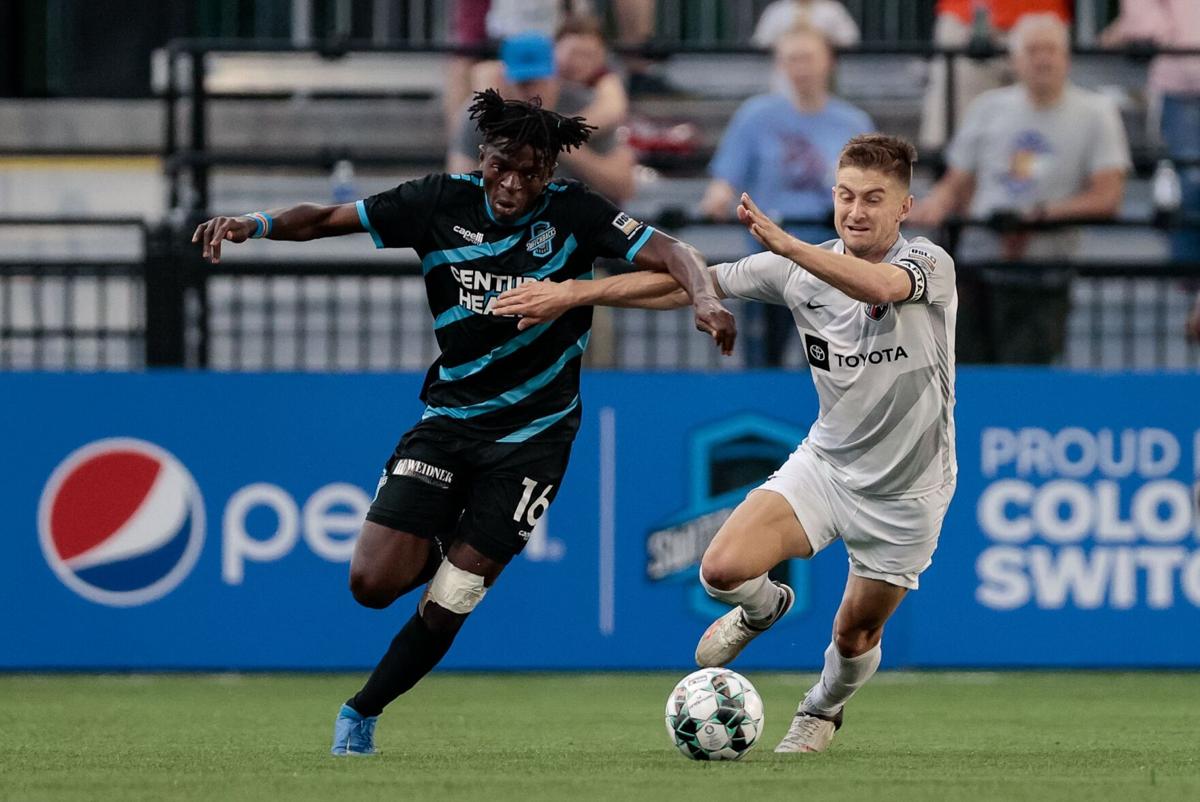 Switchbacks midfielder Beverly Makangila, No. 16 in dark jersey, has been solid all season. 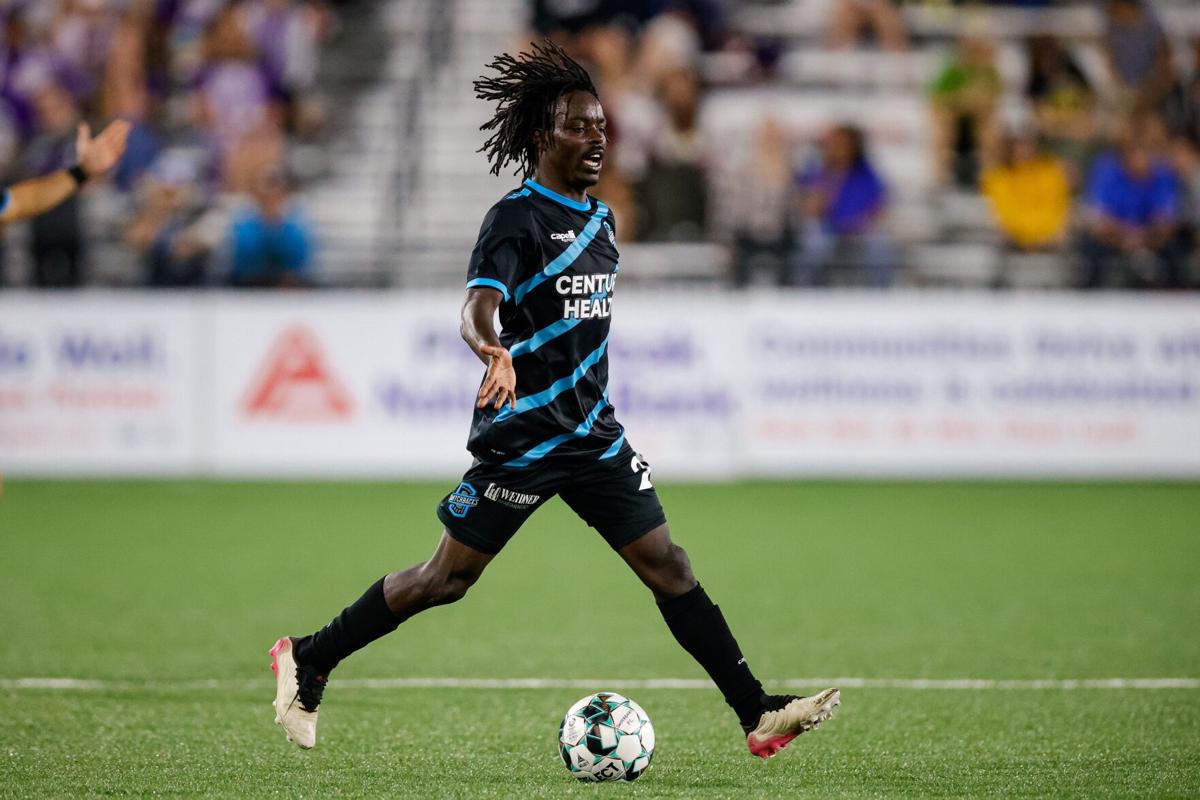 Switchbacks midfielder Philip Mayaka is tied for the league-lead in yellow cards with eight.

Switchbacks midfielder Zach Zandi, in dark jersey, and his teammates will be in Texas on Wednesday to take on Austin Bold FC in a key Mountain Division match.

Switchbacks midfielder Beverly Makangila, No. 16 in dark jersey, has been solid all season.

Switchbacks midfielder Philip Mayaka is tied for the league-lead in yellow cards with eight.

The Colorado Springs Switchbacks FC has a lot riding on the outcome during a Wednesday night match at Bold FC in Austin.

The game marks the second time the Switchbacks are in the “Capital City” this season. On June 22, Colorado Springs eked out a 3-2 victory with a late goal from 17-year-old “Yaya” Toure.

Both teams play in the USL Championship Western Conference Mountain Division. The Switchbacks (6-5-3, 21 points) are tied for fourth, one point ahead of Austin (5-4-5, 20).

The Bold is the No. 2 team of Major League Soccer’s Austin FC.

The match is the second of five games in 15 days for the Switchbacks.

“In college, I played a similar number of games in a short time period so I am accustomed to it, in a way,” said Switchbacks midfielder Zach Zandi, who scored his first Switchbacks goal against Louisville City FC on June 23. “But at the professional level it’s a lot more difficult, so it’s about us taking care of our bodies, getting the proper sleep and proper nutrition. The most important thing is that everybody comes out at the end of this healthy.”

The top four teams in the conference qualify for the postseason. While the Switchbacks have 17 regular-season games remaining after Wednesday, players and coach Brendan Burke know that every point counts. Wins are worth three, while a tie nets one.

“You always want three points,” Burke said. “It’s usually a little tougher to do on the road.”

The Switchbacks have been gone from the Pikes Peak region since Thursday when they flew to Virginia for a match with Loudoun United FC in Leesburg. On Sunday, Burke and Co. loaded their duffel bags and flew to Texas to get acclimated with the time change and weather. Game time temperature Wednesday is expected to be a relatively mild 84, with 61% humidity.

“It will be nice to be in Austin and get adjusted to the humidity and heat,” said Switchbacks defender and captain Jimmy Ockford.

The Switchbacks are third in the 31-team league in goals with 27. Striker Hadji Barry leads everyone with 14, five more than his next closest competitors — Neco Brett of Birmingham Legion FC and Sebastian Guenzatti of Tampa Bay Rowdies.

Austin Bold is tied for 29th in goals. They have scored one or less in 11 of their 14 matches. The team leader is Sean Okoli with three. Fabien Garcia is next with two, while seven players have one each.

The Switchbacks are one of the most penalized teams in the USL. Their 43 yellow cards rank third. Colorado Springs midfielder Philip Mayaka is tied for the league lead with eight yellow cards.

Colorado Springs’ three red cards is tied for second with five others.

The Switchbacks will fly back to Colorado Springs on Thursday to prepare for Saturday’s home match with Hartford Athletic at Weidner Field. The game will mark the only home affair for the Switchbacks in a span of 35 days from July 23 to Aug. 28.

“Five out of six games on the road is a tall order for any team,” Burke said. “None of these are a walk-through.”

Forward Thomas Amang, the newest member of the Switchbacks, is expected to play his first minutes against Austin. He signed with Colorado Springs last month after playing the last few years in various European leagues.