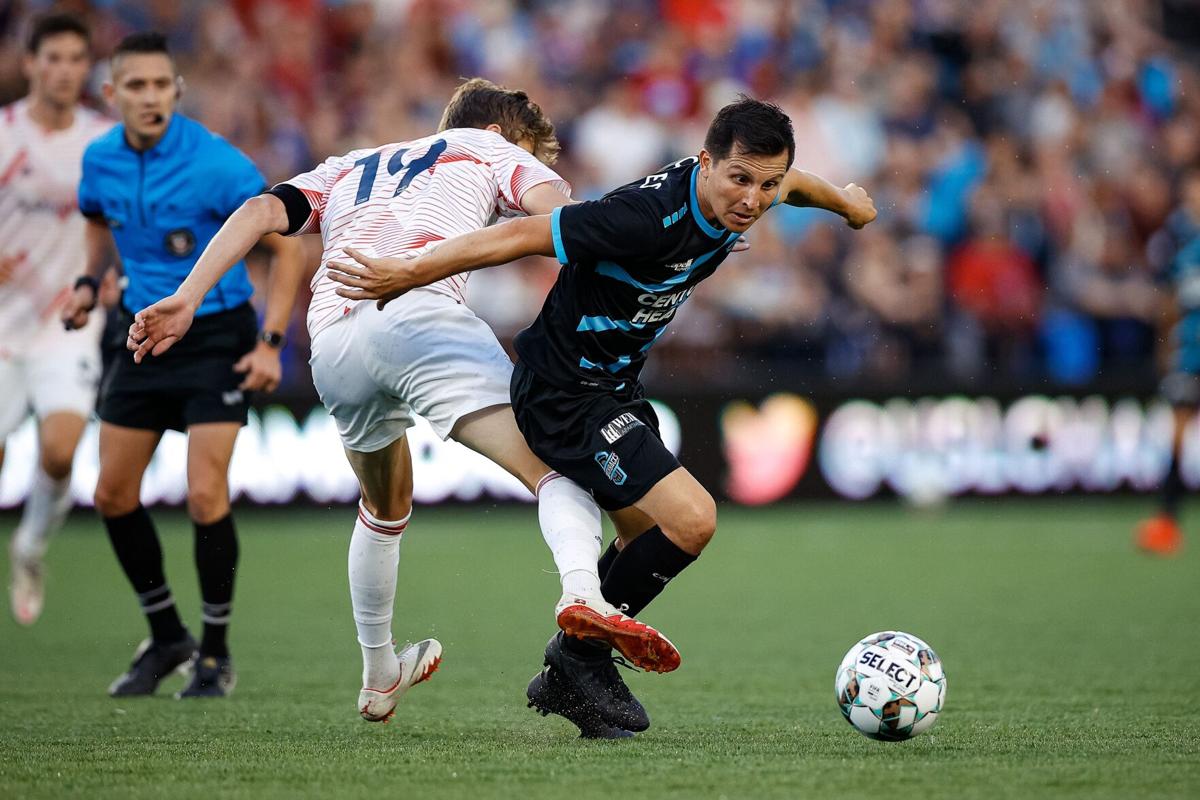 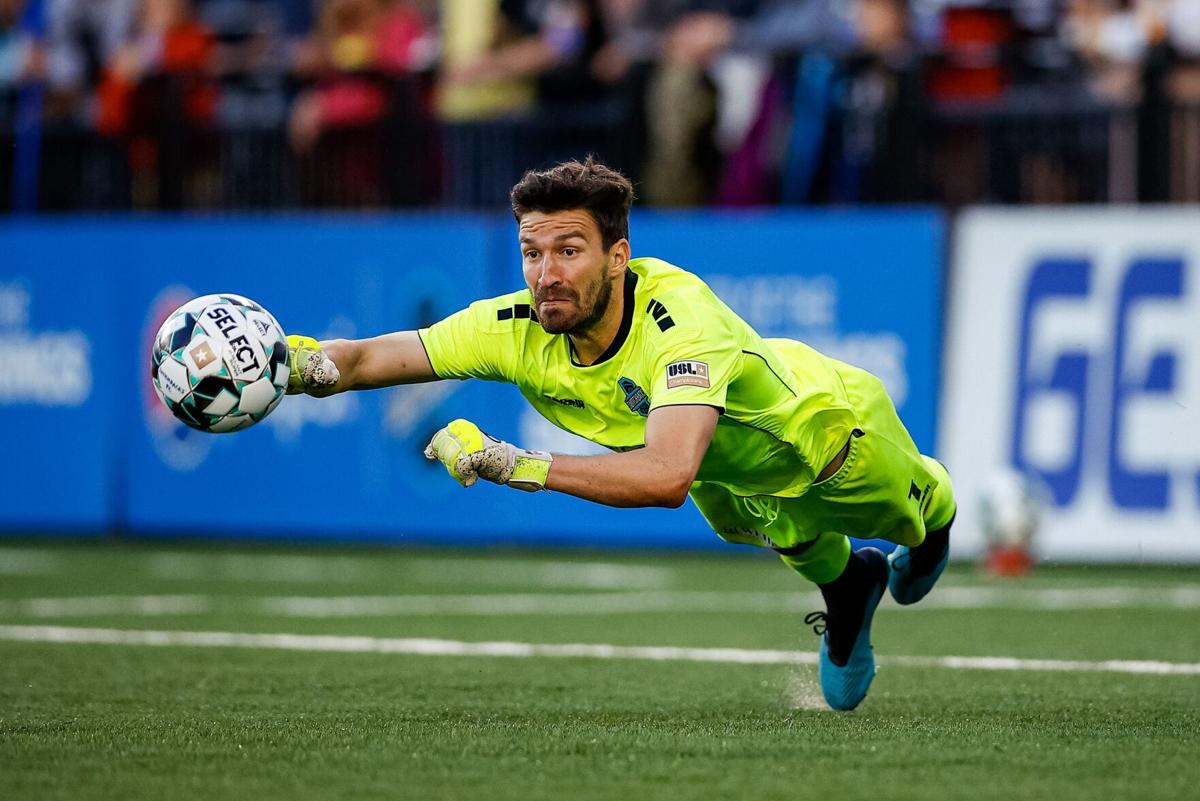 Switchbacks goalkeeper Sean Melvin is in his second season with the club. He has started seven games in 2021. He made 18 appearances for the club in 2020.

Switchbacks goalkeeper Sean Melvin is in his second season with the club. He has started seven games in 2021. He made 18 appearances for the club in 2020.

For the second time in two weeks, and for the third time this season, the Colorado Springs Switchbacks FC and New Mexico United will meet in a key Mountain Division match.

Friday’s game between the United Soccer League Championship foes will take place in the Land of Enchantment for the first time since 2019. The two clubs split the first two games this season at Weidner Field, with each scoring 3-1 victories.

The game will be played at Isotopes Park, which is also the home of the Triple-A baseball Albuquerque Isotopes (the top farm club of the Colorado Rockies).

The Switchbacks (5-3-2, 17 points) are coming off a 3-1 July 4 victory over Real Monarchs SLC in front of a sold-out Weidner Field crowd of more than 8,000 fans. The win came three days after a 2-0 loss to Orange County SC, snapping a three-game winning streak.

Prior to the loss to Orange County, the last team to defeat the Switchbacks was New Mexico on May 21. The Switchbacks responded from that loss with two straight draws before winning four of five games.

“We’ll focus on ourselves and what we’re doing right and try to continue that and bring it into the (New Mexico) game,” Melvin said.

New Mexico (4-5-2) has lost three consecutive matches and is scuffling to score goals. It has just 14 goals in 11 matches, with five players tied for the team lead with two each. Among them is former Switchbacks midfielder Josh Suggs.

Suggs played in 92 games for the Switchbacks from 2016-18 and scored six goals. Suggs was a member of the last Switchbacks team to qualify for the postseason (2016).

“New Mexico is a very combative and direct team, and they have quality all over the field, so if you take a second off you’re going to get burned,” Switchbacks coach Brendan Burke said. “It’s a difficult environment to play with the field being in the state that it’s in. With the size of the crowd there’s going to be a lot of energy and combativeness.”

The Switchbacks have one of the league’s most potent offenses, led by striker Hadji Barry. He has a league-leading 11 goals and recently signed a contract extension that will keep him with the team through the 2023 season.

Barry and Ngalina lead the team in assists with three each.

The Switchbacks will reach the one-third point of their regular season with the New Mexico match. They have established themselves as a team good enough to make the playoffs with 21 more regular-season games to go after Friday.

The Switchbacks fell three spots from No. 7 to No 10 in the league’s power rankings after splitting their two games last week. New Mexico is 17th, down seven spots from last week.

The Switchbacks will have eight days off before hosting San Antonio FC July 17 in a nationally televised match on ESPN 2. Kickoff is scheduled for noon at Weidner Field.