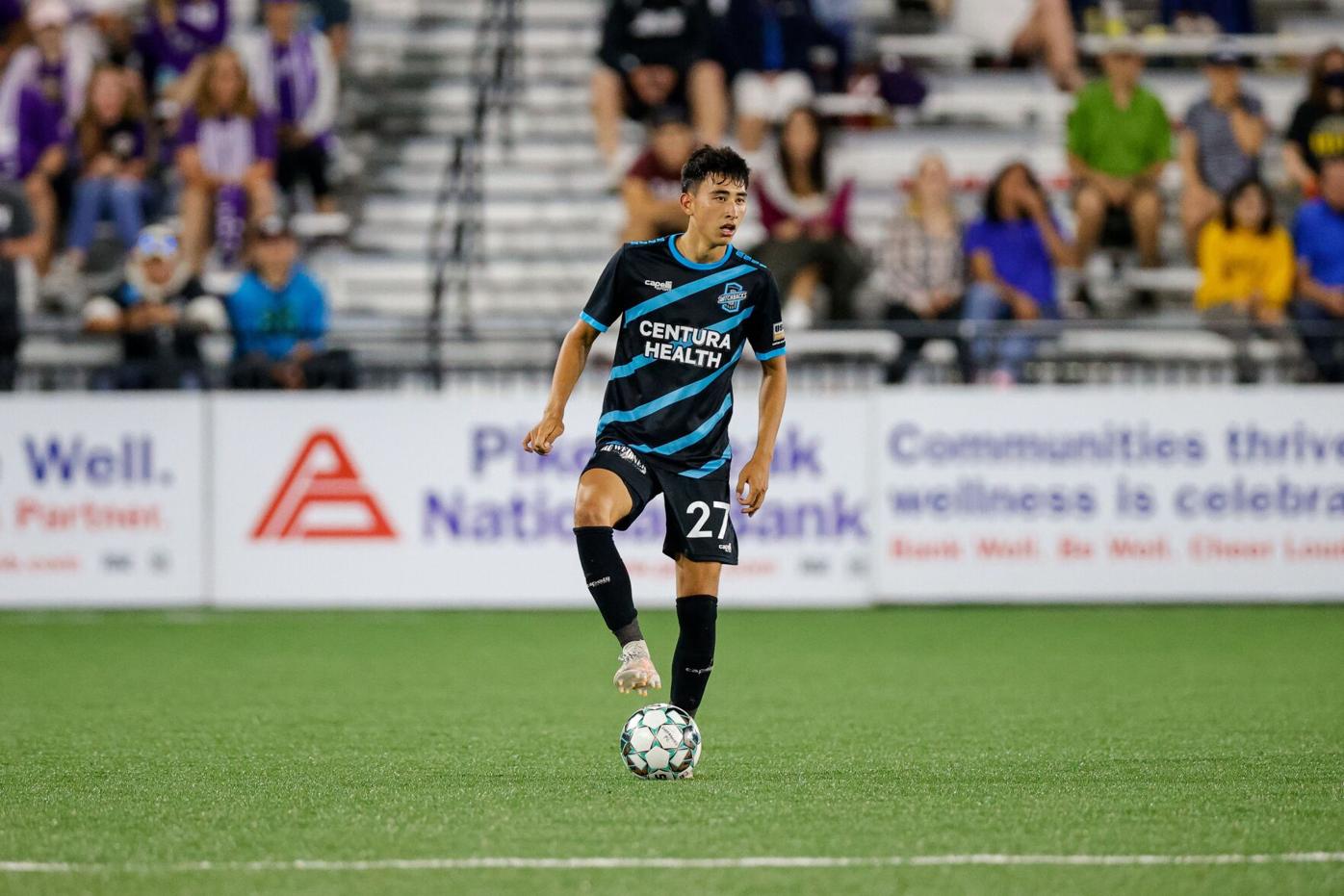 Switchbacks defender Sebastian Anderson, 19, is in his third professional season. He is on loan from the Colorado Rapids. 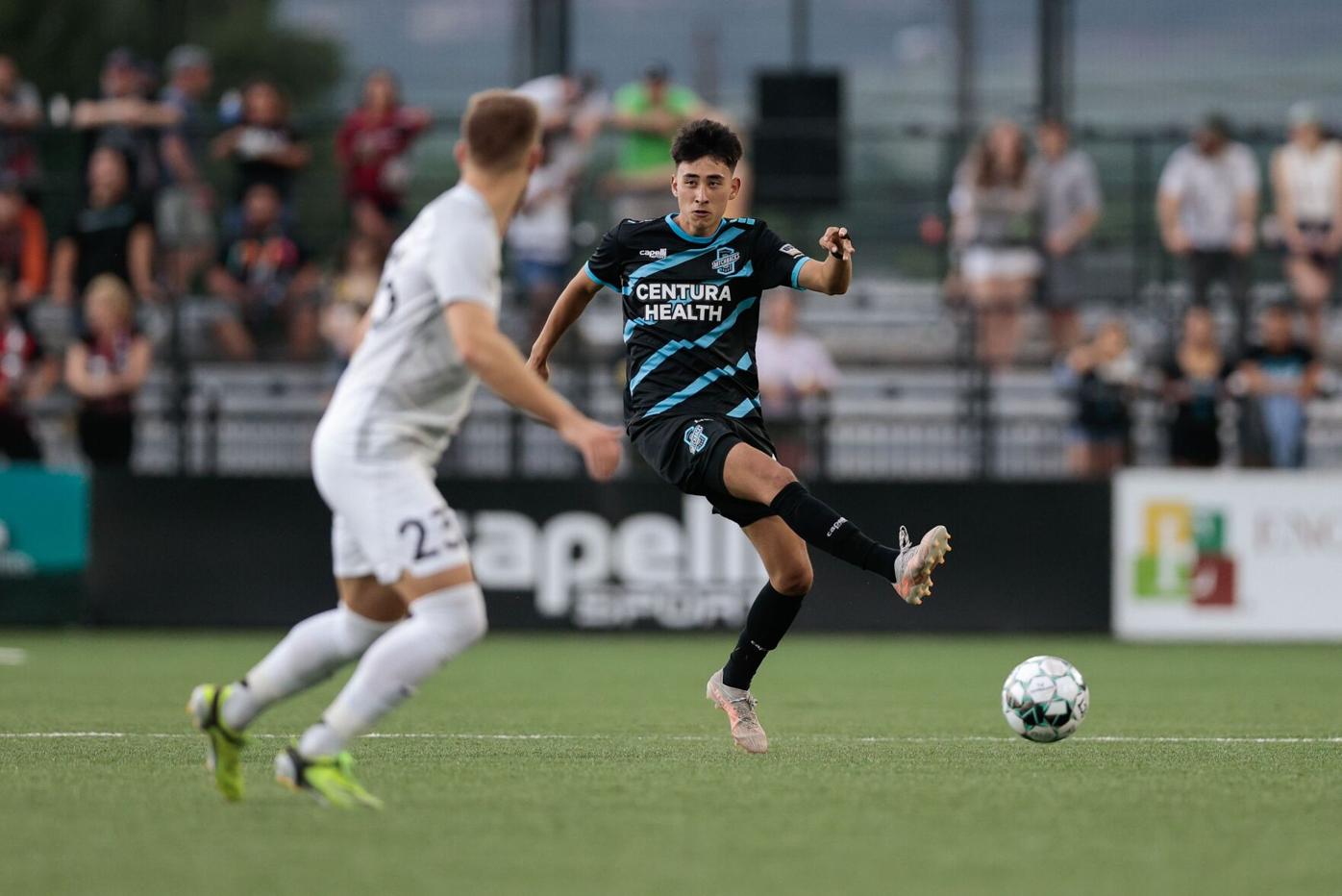 Switchbacks defender Sebastian Anderson is on loan from the Colorado Rapids. Anderson has played in nine MLS games for the Rapids. He scored a goal for the team at the age of 16 in 2019.

Switchbacks defender Sebastian Anderson, 19, is in his third professional season. He is on loan from the Colorado Rapids.

Switchbacks defender Sebastian Anderson is on loan from the Colorado Rapids. Anderson has played in nine MLS games for the Rapids. He scored a goal for the team at the age of 16 in 2019.

The Colorado Springs Switchbacks FC will be in Tennessee on Tuesday for a match with Memphis 901 FC. The game will be nationally televised on ESPN Deportes.

Defender Sebastian Anderson is expected to be with the Switchbacks and likely in the starting lineup. But that hasn’t always been a given this year. Anderson, you see, is on loan to the team from Major League Soccer’s Colorado Rapids and has been called up to the big club twice this season.

On July 31, he played the final 33 minutes against Austin FC during a 1-0 Rapids victory.

“It was definitely a good experience to get back on the MLS playing field,” Anderson said. “I know the Rapids players well. The coaches well. Everyone knows that’s where I want to be in the future. To be playing MLS and be a consistent starter.

“Meanwhile, while I’m down here and playing I’m going to give my full effort for the Switchbacks.”

Anderson, who turned 19 Sunday, has already had a star-studded career. The Denver-area native joined the Rapids Academy at 14 in 2017. In April 2019, he signed a homegrown player contract with the club at 16. Twenty-four days later, Anderson made his professional debut for the Rapids in a 1–0 loss at Atlanta United. He started the match and played 80 minutes.

He made club history four months later when he started against New York City FC and scored his first MLS goal in the sixth minute of a 2-1 loss. At 16, Anderson remains the youngest Rapids player to score a goal.

Anderson’s international career has also been impressive. He has been featured with the United States U-15 and U-17 national teams. In October 2019, he was named to the squad for the FIFA U-17 World Cup in Brazil.

Anderson was loaned to the Switchbacks in August 2020. He made three appearances (all starts). He was promoted to the Rapids on Oct. 6 for a match against Los Angeles FC, but he did not see action.

This season, Anderson has played 13 games for the Switchbacks (he missed one while suspended from a red card). He is tied with forward Hadji Barry for third on the team in assists with three.

“Seb is still young and has a lot of time left in his career,” said defender and captain Jimmy Ockford. “If he stays on the same path he’s on right now he’ll be getting a lot more minutes with the first team. He has a lot of potential. You see it in training every day and every game.”

In May, the MLS Players Association released every player’s 2021 salary. Anderson is making $91,677 this season. The Switchbacks have six other Rapids players on loan, each making between $63,000 and $94,000.

Anderson played the first part of his pro and international career while in high school. He attended ThunderRidge in Highlands Ranch in person into his junior year. His Rapids' workload forced him to take classes online.

“The Rapids trained every day at 10 a.m., so it’s not ideal for a kid that has to be at school at 8 a.m.,” Anderson said. “I missed like 250 classes my junior year, so it was definitely a struggle to get in and touch base with all the teachers or stay after school and get all the work in.”

Anderson finished his classes online as a senior and was able to walk with his graduating class in May 2020.

He is taking online college courses through Southern New Hampshire and is a sophomore. He is majoring in business.

“Everybody has something going on, whether they’re starting a family or younger like some of us and going to school,” Anderson said. “We’re fortunate enough to have a decent amount of off time we can open up the computer and get the work done that needs to get done.”

The Switchbacks (7-6-3, 24 points) are third in the Mountain Division after Saturday’s 4-2 victory over Hartford Athletic. The top four teams qualify for the playoffs.

The Switchbacks will fly back on Wednesday. They will train Thursday and Friday mornings and fly to south Texas on Friday afternoon to prepare to play Rio Grande Valley FC Toros on Saturday night at H-E-B Park in Edinburg.

For the fifth time this season, the Colorado Springs Switchbacks FC will play a road game in the Lone Star State.