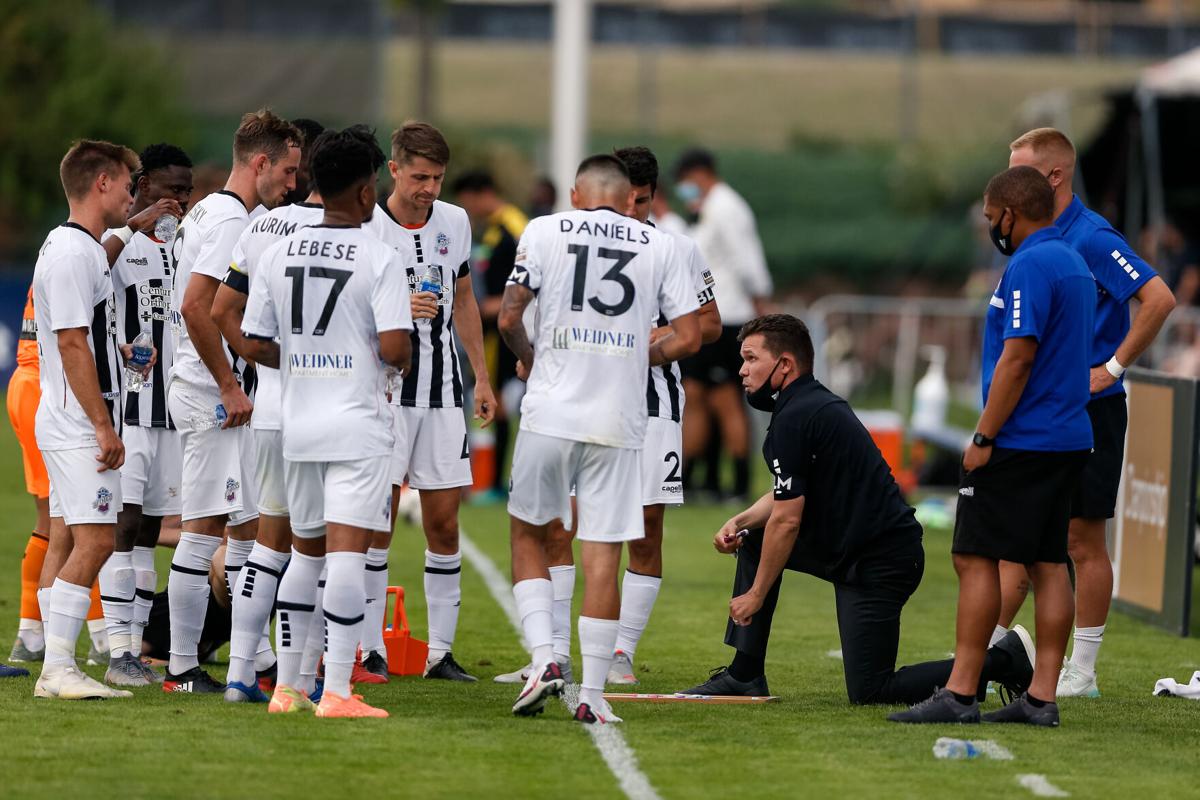 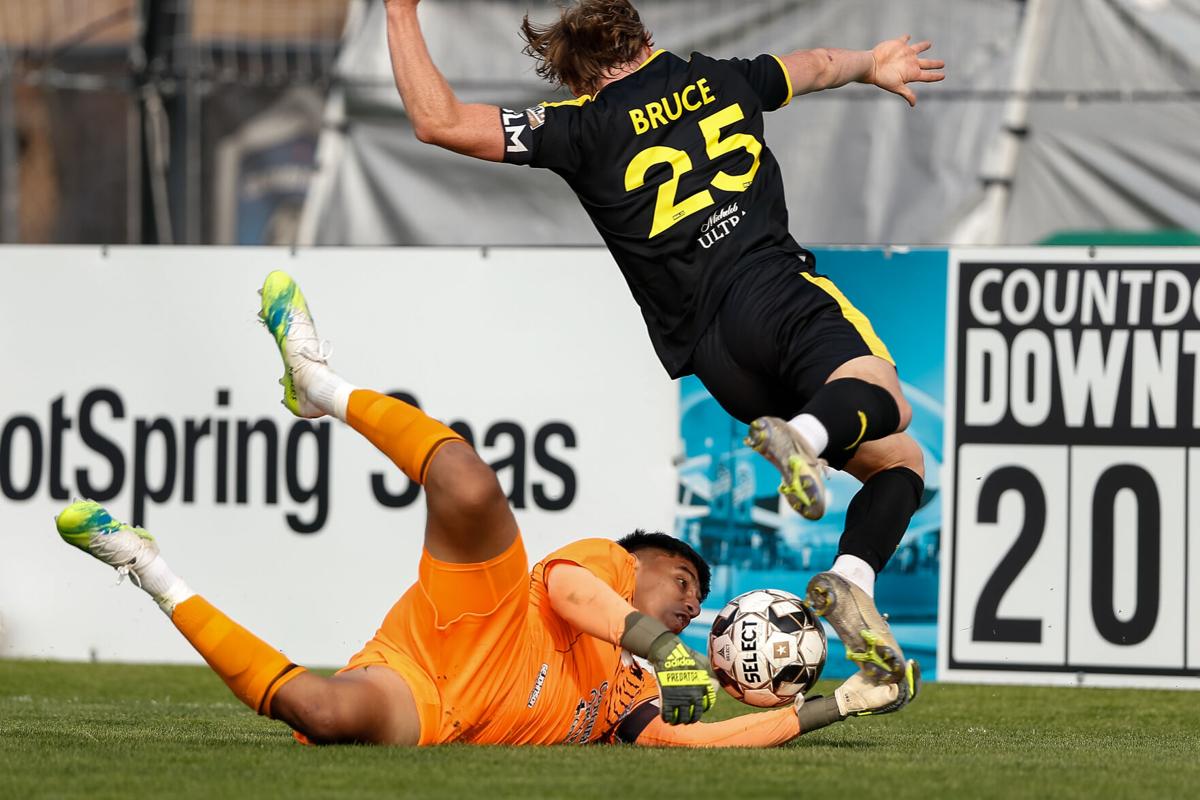 Colorado Springs Switchbacks FC coach Alan Koch felt, and heard, the frustration during his team’s 1-0 loss to New Mexico United on Saturday at Weidner Field, but saw plenty of positives.

The Switchbacks failed to earn their first win since the United Soccer League Championship’s restart or pick up their first point at home this season, but Koch thought Saturday’s scoreline didn't show the team’s performance, especially the defense, against the Group C leaders.

“To be frank, I thought we actually played well tonight,” Koch said to open his post-game media availability.

“Other than the mistake, we would’ve got a clean sheet tonight, and that’s what we’re striving for.”

The only moment that separated the Switchbacks from their first shutout of the season came just before halftime when goalkeeper Abraham Rodriguez, a teenager on a homegrown contract with the Colorado Rapids, seemed to get his feet tangled and allowed the ball to trickle into goal. Chris Wehan was credited with the score, though replay was inconclusive whether Wehan got a touch or if Rodriguez, who made his first appearance with the Switchbacks this season, had helped the ball on its way.

“It has to get through all 10 of us players to get to Abe, so we are all at fault,” Austin Dewing said. “We’re going to win as a team and lose as a team. By no means is it on him - at all. As a young player, he’s got to shake it off, identify what happened, learn from it and then, like coach said, (get) back to the positives.”

New Mexico maintained that lead through an hour-plus lightning delay and a late surge from the Switchbacks. Dewing played Christian Volesky in behind the New Mexico defense in the 85th minute, but the forward’s shot was deflected. New Mexico also survived late corner and free kicks without conceding.

Despite a fourth loss in five matches since play resumed, Koch encouraged the team to leave their changing tent with heads high and chests out.

“We are getting better, doing better than we did last week against El Paso,” Colorado Springs captain Hiroki Kurimoto said. “We can progress.”

The Switchbacks’ next chance to show their growth comes in Saturday’s home match against El Paso Locomotive, the team that beat Colorado Springs 4-2 a week ago.

This Saturday, Koch heard from supporters frustrated with the showing. He felt it, too, but said his team’s performance against a lesser squad would have yielded a convincing win. With his team grouped with three teams that made last year’s playoffs for this augmented season, progress may be less tangible, but the coach believes he’s seeing it even if others aren’t.

“There’s no easy games right now,” Koch said, “but if we actually focus on what we’re trying to build and we stay true to that, which is tough for me to be honest ... It’s tough for fans, too. I could hear a couple comments from the fans tonight. We get frustrated. We get disappointed, but if you know anything about the game, you can see what we’re doing. You can see the shift the guys put in tonight. I think people can leave here tonight seeing a team that’s trying to play, and it’s a fine line. We’re going to have to flip it over. Can we flip it over soon? We hope, but that’s what we’re going to work towards every single day.”

Aidan Daniels’ time with Colorado Springs Switchbacks FC could dictate the course of his career.